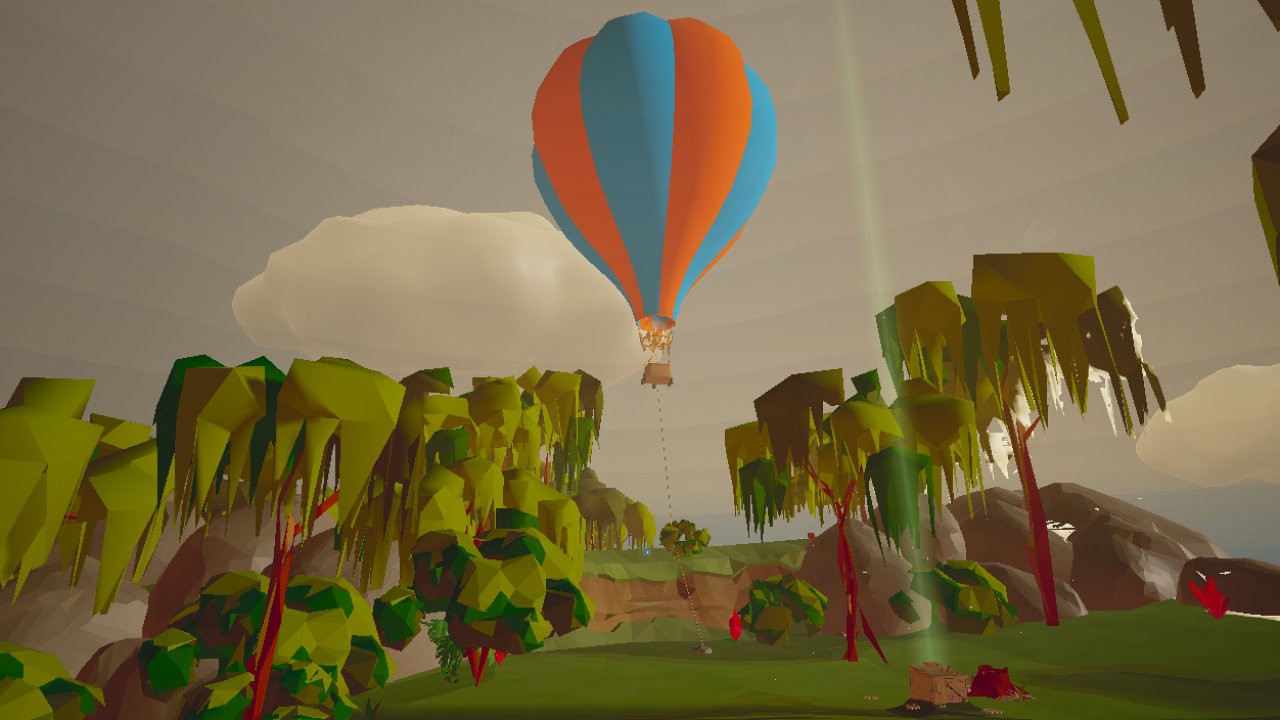 First-person puzzle titles tend to be on the back burner these days, at least, they don’t get much attention as classic titles such as Myst or the more modern The Witness. There’s definitely the potential for them, especially for psychological games where we can explore the psyche of a protagonist, viewing the world through their eyes. Dreamo is one such title that tells the story of top scientist Jack Winslow. He’s been involved in a Lost-like plane crash and currently in a coma. His employers are aware of how important he is, and are paying for cutting edge treatment to bring him out of his current state.

Hearing the voice of Tara, John witnesses a series of clouded flashbacks and finds it difficult to make any sense of them. Venturing out of the wreckage of his plane, bearing in mind we’re trapped in his world now, he comes across a series of cog puzzles that are built into safe-like 3D objects. You can rotate these boxes and drag and drop the surplus cogs into place to unlock a new fragment of John’s memory. Initially, these puzzles are easy, increasing in difficulty, but they are a bit of a slog at first – a chore in some respects as you go through the motions. Progressing through the game, these once simple puzzles start to become quite hellish – not that they’re undoable, but they do challenge your way of thinking and put you on the outskirts of the box rather than in it.

The story and dialogue are a highlight in Dreamo. While they won’t win any awards and border on a little too wooden in places, the voice acting is pretty tranquil, and each time a character speaks, the conversation appears on screen in a 3D effect that you can either read along with the acting, or move around it like an art piece. It’s a bit like when you see overlays of text messaging in a game, and it works quite well. As for the actual narrative itself, it’s as sleepy as its namesake and takes a while to get into, but as it picks up, you begin to understand the lead and his fate. 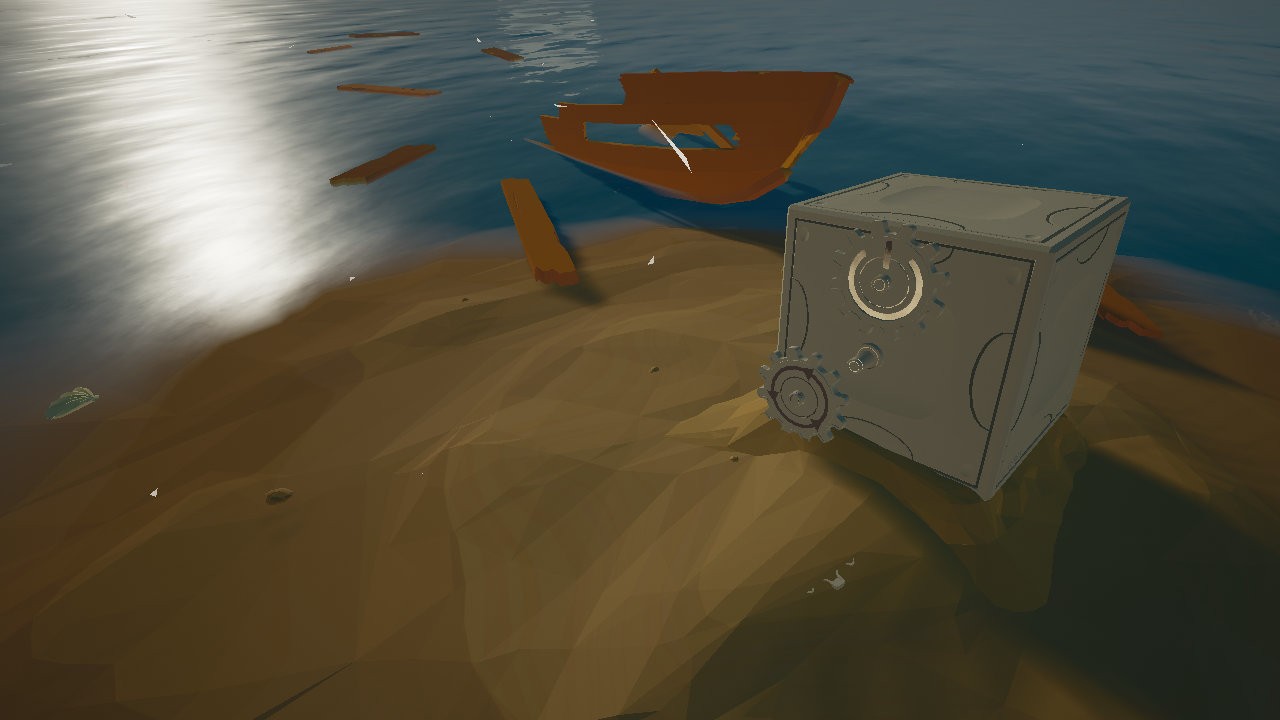 The presentation was perhaps one of the biggest downsides for me as it didn’t translate on the Switch and looked quite rough around the edges. Moving around with the controller is simple enough, but it lacks the precision that you would find with a mouse. Not that you need it so much, but rotating the puzzles and sleepily dragging the cogs did get a bit clumsy on occasion. Going back to the visuals again, the 3D modelling is mostly very good, but the lack of textures means that it’s easy to see the flaws and Dreamo would probably be best suited on a PC or next-gen perhaps to appreciate the detail.

Considering the themes, the game does play on the dream world and sometimes more than necessary with some of the visual tricks that can be quite in your face. But generally speaking, John’s world is one worth occupying, and as a puzzle game, the mechanics work pretty well.

It would have been nice to have been able to wander a bit more freely and explore John’s world not just through the puzzles, but further interaction. At times, Dreamo does feel like a walking simulator, reliving memories and conversations until the next cube shows up on the horizon to tinker with. Sure, these puzzles are often satisfying, and for a game with a relatively short playtime, it does feel a bit longer than it actually is. 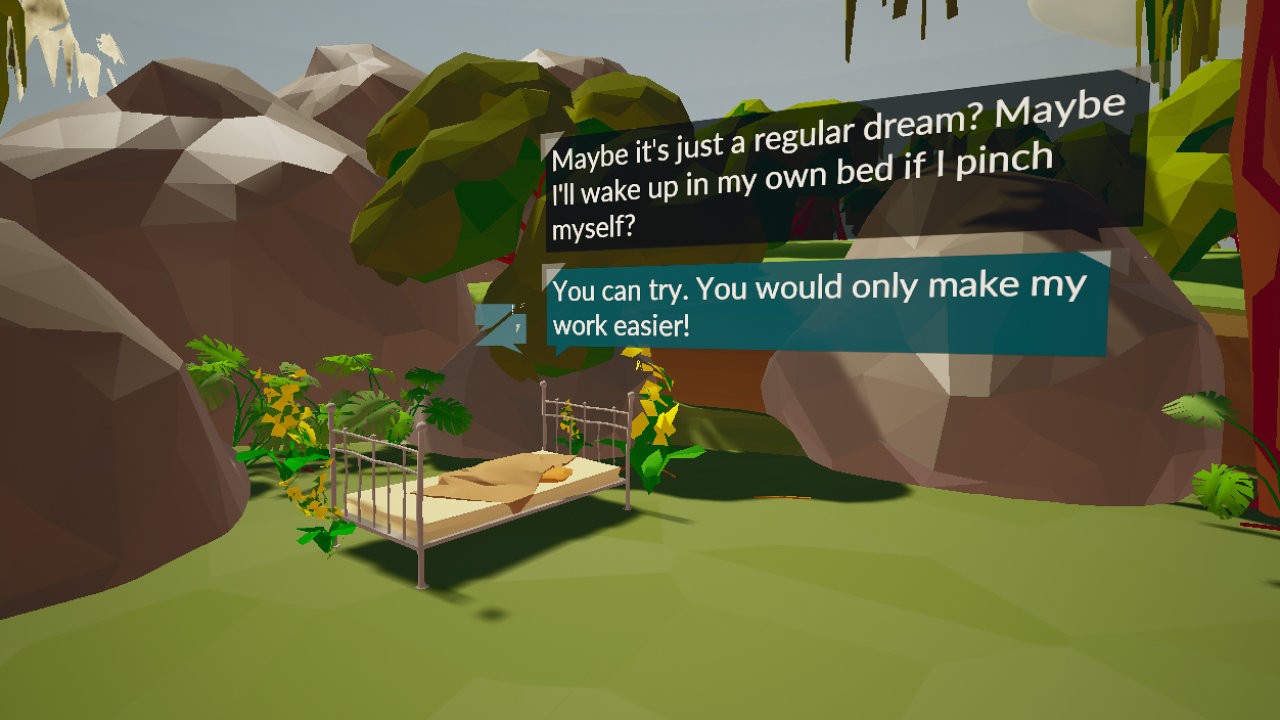 Dreamo is by no means a poor puzzle game. On the contrary, the cogs and pegs puzzles you find and the gravity-defying solutions are engaging enough to hold your attention. Likewise, the story, if a little cliche at times, is interesting enough. Sure it’s a little predictable, but it works well with the puzzles. As mentioned earlier, I wish there would have been a bit more interaction with the world.

Other than the puzzles, it did feel more spectating than interacting, so bear that in mind. Then again, you could potentially complete this in one session depending on how you go at it. The time it takes to complete a game is often subjective, but for me, a completionist at best, I was able to go through in a few of sessions, having taken a break and playing the game in small doses.

Dreamo is an interesting look into coma-stricken patience John Winslow’s history. A little predictable in places with the story, but entertaining enough to fill in the gaps when moving from one puzzle to the next. The key thing to take away, though, is the puzzle mechanics are satisfying and worth the play.