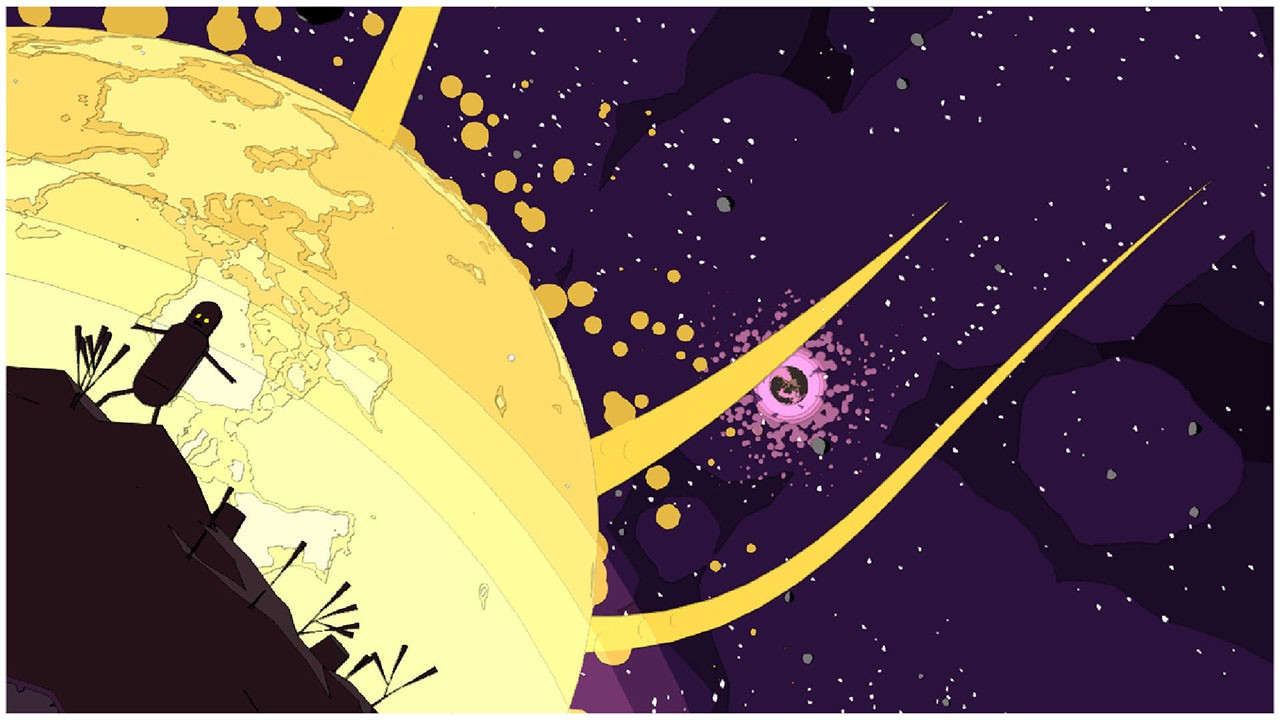 You shouldn’t judge a book by its cover, but we all do, and with gaming, visuals are just as important as any other medium. When I first laid my superficial eyes on Jettomero: Hero of the Universe, I was definitely lured in by the cel-shade like graphics, but how about the gameplay.

The hero of the title, Jettomero, is an over-sized robot who seems to have a severe case of amnesia. He is unsure who he is, where he’s from, and which direction he is going. After arriving on an unknown planet, clumsily trampling over vegetation and occasional buildings, he encounters a similar-sized threat that is attacking civilisation. Cue a quick battle and Jettomero realises his purpose: to save the universe and free humanity from these oversized monsters/aliens destroying everything in their path.

Jettomero: Hero of the Universe is an interesting title. As the robot, you control him by navigating around each planet, searching out for enemies and the occasional loot. Not all planets are friendly, and you’ll find that you are attacked by numerous assailants – from tanks to aircraft, to anti-aircraft (is that anti-robot?) missiles. These don’t cause any damage to you, but should you feel inclined to do so, you can trample over them and anything else that gets in your way. That wasn’t my gameplan, and I intended to live up to my role as a hero, but it’s quite difficult not to encounter a few casualties of intergalactic warfare.

It isn’t the threat of your opponents that causes damage, but a combination of the controls and when hunting for loot. For the first case, Jettomero is a giant robot. While you can’t sprint, when he picks up momentum, he’s quite slow at stopping, so if you don’t calibrate your cameras properly, you’ll end up wiping out a city. You can control the camera with the right analogue stick, and it’s indispensable in seeing where you are heading and also to scout out for loot. Equally, the zoom options are also crucial as each planet has a light and dark side, so you can’t always see what’s up ahead. To get an idea on how Jettomero manoeuvres around each planet, think of Mario in the Mario Galaxy series. 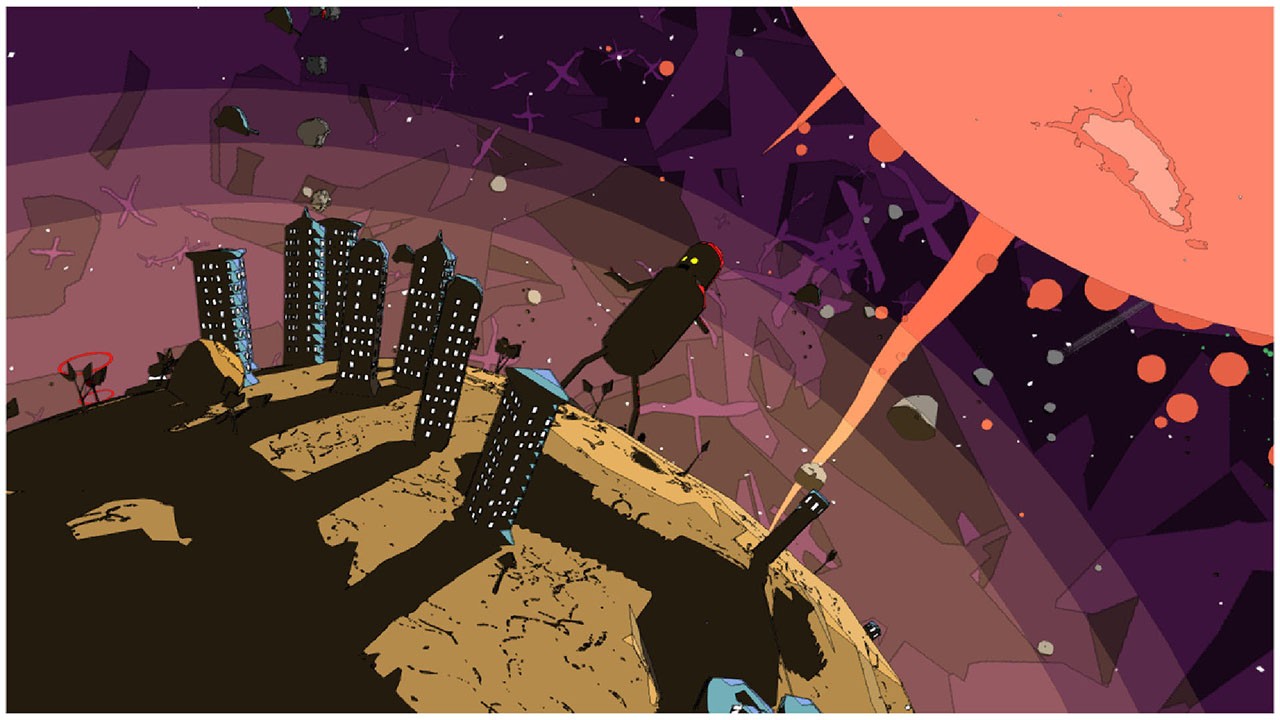 Secondly, damage can be caused by locating the loot as some are buried between buildings. The loot is merely a tool to unlock varying cosmetic items for your robot – they have zero effect on how Jettomero operates, it’s entirely visual. Still, it was enough incentive for me to explore all areas on each planet so that I could unlock the perfect looking robot. I did start with judging a book by its cover, and this proves a point as these parts you unlock are for appearances only. I liked it though and was quick in giving Jettomero a devilish aura, despite his innocence and good intentions.

As I said, these parts don’t do anything in terms of gameplay as when you go into battle, you rely on a quick time event – that is, press each button displayed on screen then bash the following button that is shown to beat your opponent eventually. Once they are defeated, you can leave the area via a wormhole located in each star system. This is a different approach to the central part of the game as you need to collect fuel to be able to travel (located on each planet and also when you fly between each planet). You have some control over your direction, but generally speaking, you discover the next planet by pressing the right analogue stick, and it will scan for the next goal.

After each boss fight, and after you locate a wormhole, you will be faced with a simple puzzle to decipher. You’ll be presented with a paragraph, and you rotate the analogue stick to replace letters within some of the words to spell out part of the underlying narrative. I think I’m over-complicating it with the description, but it’s a relatively straightforward puzzle and a bit of fun at the same time. When you have decrypted the text, pending it’s all correct, the sentences you’ve just uncovered will be presented in story form – like a comic book, that opens up the story further. It’s a novel idea and breaks up the levels with something new. 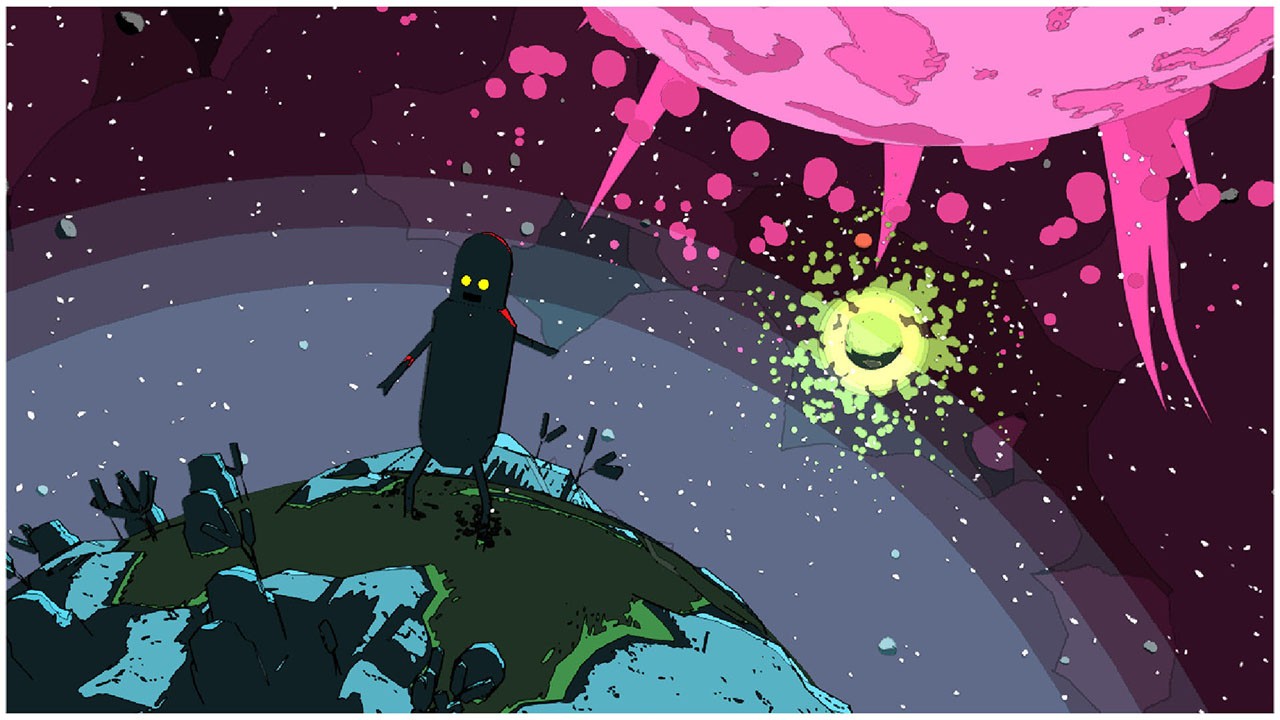 Overall, the presentation of Jettomero: Hero of the Universe is excellent, and in some respects, it’s unique in that other than the boss fights, it’s quite a chilled out game. I don’t know if you can lose a battle as I was always able to beat each enemy with ease. As for each planet, for those who do attack you, you don’t seem to die as there’s no health gauge. Another aspect worth mentioning is the music. It’s quite low-key and in some respects, pretty darn relaxing. I mostly played Jettomero: Hero of the Universe towards the end of each evening and almost forgot myself playing it in some respects. Not that it was putting me to sleep, but it was merely relaxing to play. Once again, the music helped, and to my ear, the score was a little bit like Boards of Canada. If you’re not familiar with them, look them up.

With the decent looking graphics and chilled out music, surely this is a winner? Yes and no. Jettomero: Hero of the Universe remains on my playlist and is a little part of my routine at the moment. I think this is possibly perpetuated through the customisations of the robot. As I bring up once again, it’s about appearances and Jettomero: Hero of the Universe is a good looking game and is something different to the usual type of game I would play before some shuteye. It remains very playable but despite the quirks of playing a giant friendly robot, like The Iron Giant but in space, it’s all over quite quickly. Once you beat the boss in each area, you can leave and move on to the next chapter, but I was more for exploring each star system and unlocking new cosmetic parts to show off to, well, myself.

If you want to blitz through, Jettomero: Hero of the Universe can be completed in a couple of hours or so, but I don’t see the point. The combination of the exploration, though brief, and the general ambience releases a calming effect, and I’d say this is suited for when you want to wind down a bit. The challenges aren’t exactly taxing, and it won’t keep you up all night, but Jettomero: Hero of the Universe is a unique title that I’d suggest you look into.

Proving that The Iron Giant wasn’t a fluke, Jettomero: Hero of the Universe shows that this tinman has a heart, albeit, for only a short space of time.

Brilliantly designed, both in terms of presentation and playable areas
Features a great lo-fi soundtrack
Lots of customisations for your loveable robot