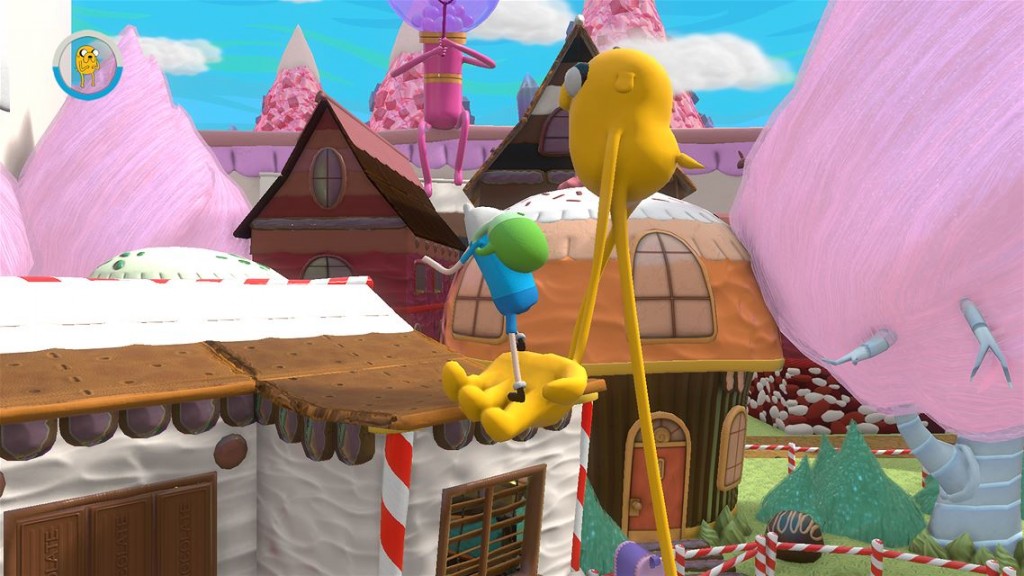 With its eclectic cast of characters and unsurprising emphasis on adventuring, Adventure Time is arguably better suited to a video game adaptation than just about any other show on TV. Like the show itself, it isn’t hard to imagine a game based upon the show appealing to an incredibly broad audience. Sadly, while there is no doubting the potential for a great video game born of the consistently fantastic material, those created thus far have been, well, they’ve all been a bit rubbish to be honest. Some more rubbish than others of course, but still, rubbish all the same.

The latest attempt to bring Jake and Finn’s adventures to the virtual world is arguably the most successful yet, but sadly, not only does ‘successful’ in this context actually mean ‘mediocre’, but the developer has also created a video game that is very clearly aimed at an exclusively younger audience, and has thus created an experience that can (and should), be ignored by Adventure Time’s legion of more mature fans.

A relatively simply point and click adventure, Finn and Jake Investigations has all the ingredients needed for a very solid Adventure Time video game, sadly though, due to some rough edges, oversimplified puzzles and a very poorly implemented battle system, this latest attempt to create a video game worthy of the exemplary source material ultimately falls more than a little flat.

Speaking of falling flat; it’s a shame that games’ visuals don’t do the same. While far from being offensive, the 3D models employed here fail to capture the magic of Adventure Time’s distinctive 2D aesthetic. Whether it be Finn’s odd running style, or more damagingly, the often poorly animated facial expressions, Finn and Jake Investigations, while undeniably looking like the Adventure Time we all know and love, sadly fails to imbue to show’s famous aesthetic into a consistent 3D world. 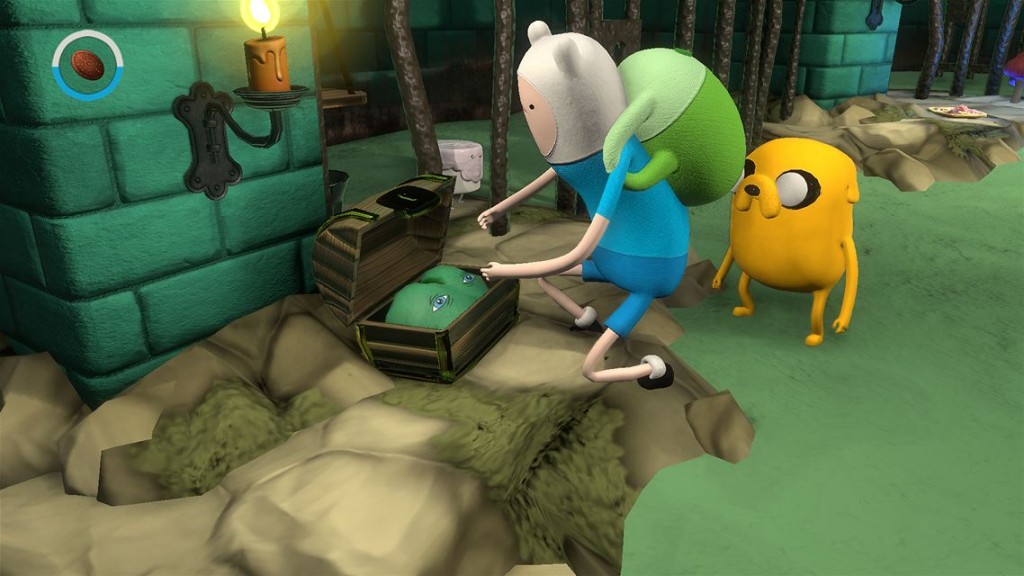 Luckily, while the visuals are never quite as consistent as one would hope, the voice work is often a match for that found on the TV show. One of the biggest problems with point and click adventures has always been repeated dialogue and having to put up with being told that your item combinations make no sense, and while that issue certainly remains here, the consistently funny dialogue does make any particular case of cognitive failure much easier to bear.

Saying that, it’s not like your average gamer should have much in the way of cognitive failure to deal with when playing Finn and Jake Investigations. Cognitive complacency perhaps, but rarely cognitive failure. The problem is, whether it be the standard point and click puzzles or the ill-conceived combat, everything in this game is far too easy. The vast majority of investigations can be completed by a combination of clicking on everything you see and minor trial and error. Keep to that and you should cruise through the vast majority of challenges. Yes, I know it’s aimed at kids, but that’s no excuse for what are largely mindless puzzles and repetitive, skill free combat.

If anything, the combat is even easier than the puzzles. That could be forgivable in itself I suppose, but the more pressing matter remains regardless  – it’s simply not very good. Not only has it been clumsily crowbarred into the experience, but it’s also far too basic and often horribly clumsy. Enemies, despite a handful of different designs, all fight in a very similar manner with few (if any), delivering anything in the way of a challenge. There are a handful of Jake power up moves that can be used once you rack up enough hits, but while they might add a modicum of aesthetic variety to these encounters, the simplicity of each battle ensures that they are rarely needed. The same goes for your sword too – yes, you can get new swords and additional powers, but honestly, they make very little difference to the actual combat which remains a simplistic button basher from beginning to end. 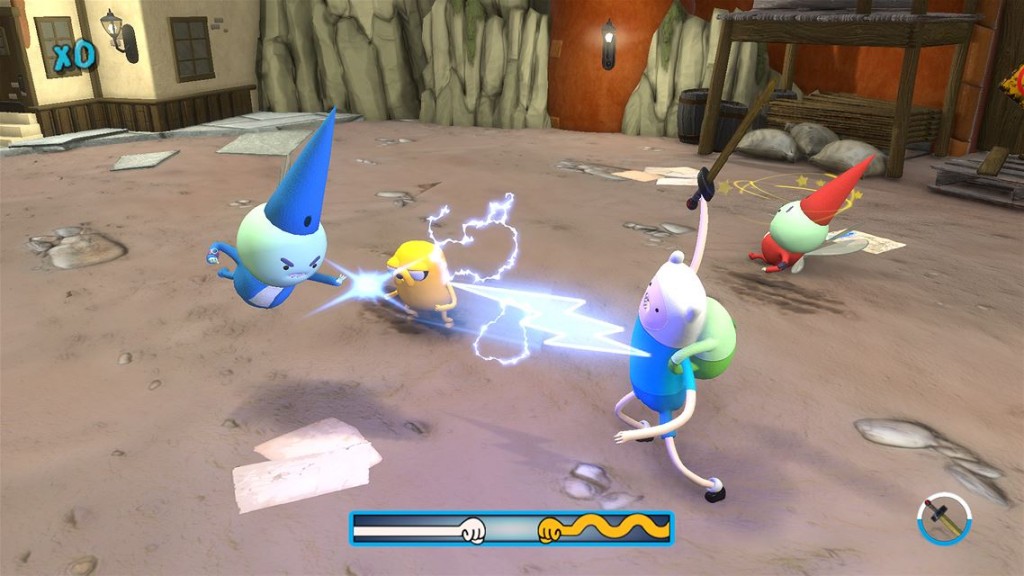 Despite these issues, the game is somewhat dragged along by the cool episodic structure that does a surprisingly good job of capturing the spirit and disconnected whimsy of the show. The game itself might not be great, but if you’re a big fan of the show, the serviceable point and click adventuring combined with the array of great fan service might be enough to make this occasionally enjoyable but ultimately uneven experience worth a look.

Still, even with the interesting structure, solid voice work and well written script, fans should be aware that, despite a handful of positives, this is yet another let down for those waiting for a video game interpretation worthy of the fantastic source material upon which it is based. The fact that it skews towards a younger audience might make its overtly simplistic gameplay a tad more forgivable, but challenge aside, Adventure Time: Finn and Jake Investigations is a largely boring point and click adventure with poorly implemented combat and an ill-advised art design. The charm of the two leads ensures that there is fun to be had, but sadly, as is usually the case with Adventure Time video games, any real sense of enjoyment rarely has anything to do with positive, confident video game design.