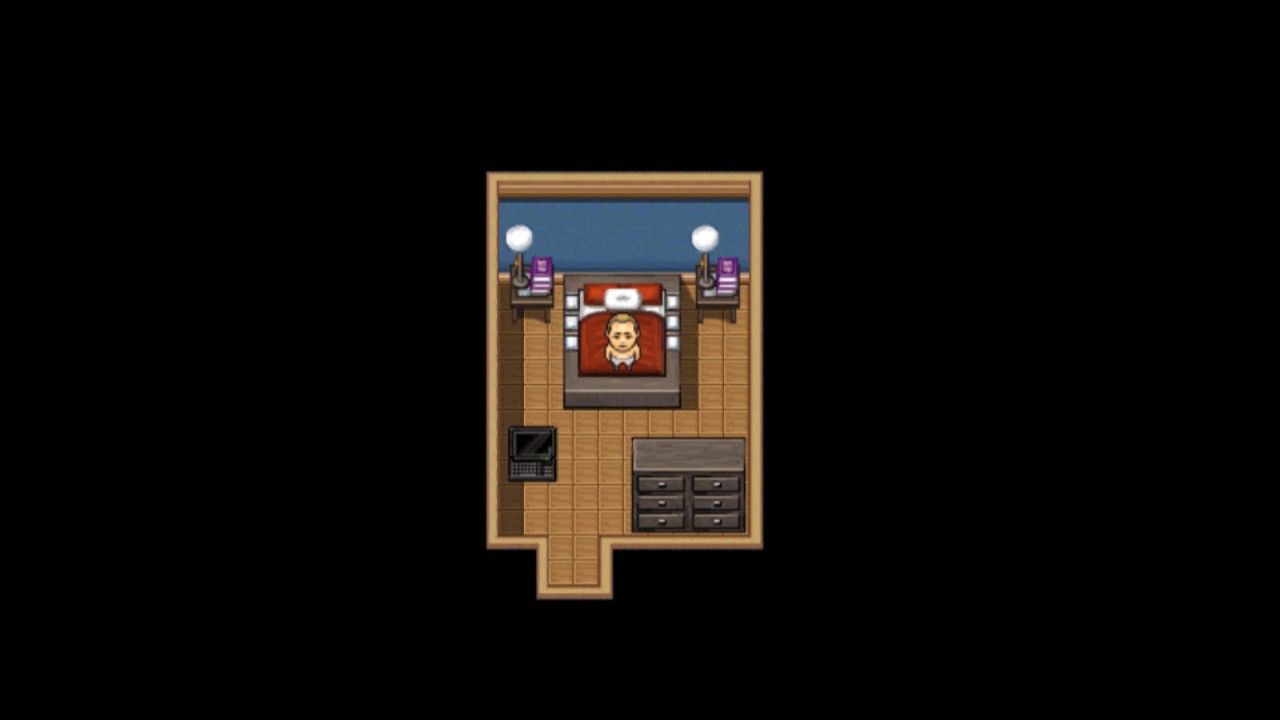 Depression is a beast that no one can ever fully flush out or understand because it does wear many hats, many coats, and comes in different flavors and intensities. A lot of people have struggled, battled or even straight up raged against depression in their lives, and the outcome is always something different, something that can land in a variety of fashions. If you’ve never had a moment in your life where you realized that you were deeply, truly unhappy, then you’ve had a fantastic life and I applaud you for it. But, no matter your station or your origins or your wealth or status or whatever, a person can suffer, in silence, and their suffering can often be overlooked, misjudged or outright dismissed. Will O’Neill had a vision to share with everyone, and he took it in a way that many haven’t totally considered: one of unrelenting pain to share with the audience. This is the indie epic, Actual Sunlight, and it’s a nightmare that must be heard.

Evan Winters is our protagonist, though I use that term because there isn’t anything more fitting. His life is one that should be great, or at least that’s what his doctors, colleagues and family tell him. He has a stable job. He isn’t homeless. He had a great education, and he theoretically has tools at his fingertips to realize his ambitions and bring his dreams to life. He doesn’t. Every single day, he doesn’t. In this short story of a game, you get an important snapshot of Evan’s life as it sits now, with him in his 30s, single, and utterly hopeless. He craves food for the only actual outlet of happiness he’ll experience all day. He cloaks himself in thorns and cynicism to prevent being hurt even further. He lies to his mother, his coworkers, his neighbours, to keep himself moving forward, one leaden footfall at a time. And he hates it. My God, how he hates it. 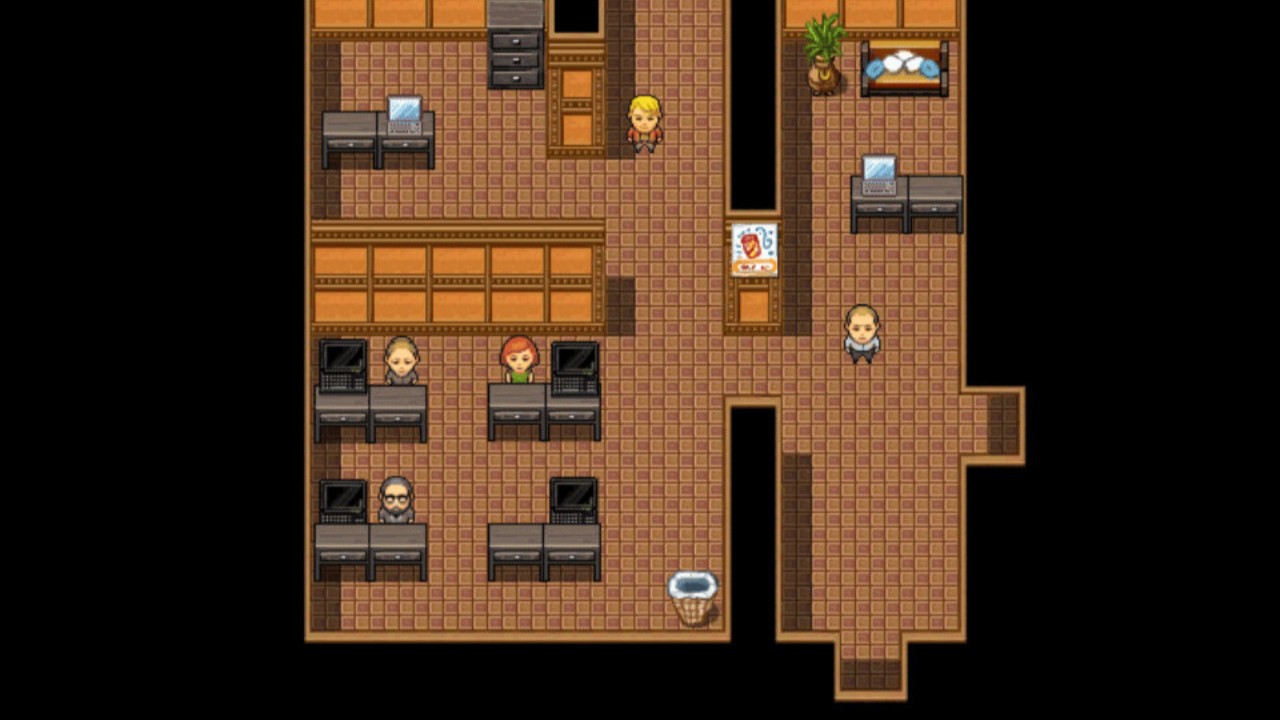 From the overhead perspective of a 16 bit RPG, Actual Sunlight is anything but a role playing game in the way that a player might associate. Instead, you are forced to move forward with Evan’s life in a single day, examining the objects and people around them (it’s a bit of a stretch to say “interact”) and really, truly get an image of someone who is coming to the end of their life. A lot of times, when we look at people who’ve “had enough” in media or in literature, they tend to undergo some form of metamorphosis, when they finally break through and live their lives, or crack under pressure and go on a violent rampage. The Awakening and Falling Down are two works that I would cite as great examples, and Hatred would be a terrible example. But none of these routes are where Evan is headed. From the first time you awaken and the dark voice in his head speaks “Go to the roof and jump off,” Evan is a marked man. And he is totally and utterly marked by himself.

As you move forward in Actual Sunlight, the intensity of the game ramps itself up in a way that is insane and difficult to imagine. Instead of a gradual process, you’re given an idea of his everyday life, and then have time fast-forwarded in a breakneck blur that mimics the passage of time that we all feel. Every single object that Evan can interact with comes with perspective and a story that paints a much larger, much uglier picture. You get transcript snippets from his time with his psychologist, who seems unable to grasp that Evan is truly depressed and keeps trying to give him a perspective shift as to why his life is better than he thinks. You see some of Evan’s imaginary works that he may or may not have written, either in a past self looking towards a better future or, more tragically, an impossible future self that talks about the change that finally set his life on course. The fake interview on television that he plays in his head at the beginning, complete with canned laughter, is utterly chilling and relatable. You get an opinion for Evan Winters, and it’s one that he shares with all of us: disappointment.

The way Actual Sunlight is written is fascinating in such a sad and complex way that you want and need to keep on moving forward even as your disdain of the main character grows. So many times, you see, from the outside, different ways that Evan could have made better choices, even now, and he doesn’t. He talks about a failed relationship with a woman in his office, and you just feel revulsion instead of pity. He cannot and will not alter his course, and it dawns on you the role you’re playing is one that you literally cannot fix: the role of someone who’s utterly broken. Will breaks the 4th wall early on to tell you this is a cautionary tale, and I think his good intentions are slightly marred by saying “if you’re under 25, you can still make it.” I argue that you can turn it around at any age, but I’m also lucky: my darkness never grew to the point that I stopped seeing. Evan doesn’t see anymore. He trudges ahead because he doesn’t know what else to do until he finally does. You have to stick with him through sadness giving way to anger, to impotent rage, and then the cold, calm numbness of finally knowing what happens next. 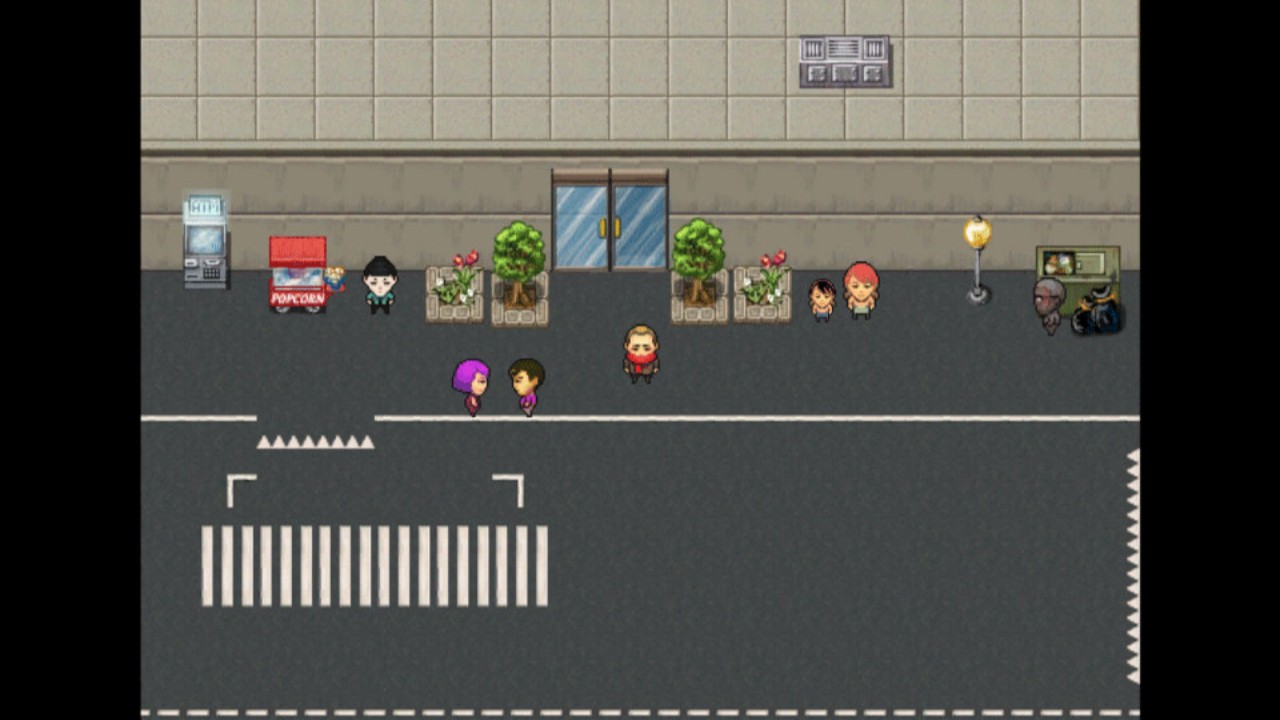 When the game finally ends, you’re left with two fistfuls of words and ideas that you can’t process or articulate correctly. Actual Sunlight makes you hate Evan as much as he hates himself, and it paints a horrid picture of someone who is trapped in their own mind, who is so disappointed with how life turned out and how things never seemed to get better. This is a haunting portrayal of depression and complacency intermingling to the point of no return, and it’s a positively fascinating view for everyone to experience. Though it can be incredibly harsh and sometimes abrasive, due to word choice and language, it’s not without a certain sense of understanding. There are so many titles out there that try their best to express ideas of depression and loneliness through an artistic lens that’s mixed with metaphors and allegories, but this one speaks loudly because it’s the only volume it operates at. The hopelessness is real. The anger is real. The self hatred is palpably real, and it will certainly strike a chord for those who are unfulfilled, who feel upset but don’t have a proper outlet or rationale for their unhappiness. It takes a common sensation and boils off the ugly side effects of blaming others or hurting others, and keeps it pure in abject horror of its own existence.

Actual Sunlight is not for everyone. Heed Will’s early warning and consider your own life, your own path, as you move ahead. This short, kinetic tale may make you feel disgust and loathing, but that’s not the wrong sensation to extract. I wish I could end with some kind of positive spin about things getting better or trying to find help, but it’s not always the case, and that’s probably the darkest takeaway from it all. Evan had the resources, and he chose not to use them in frustrated disappointment. He ends the game as he embraces his own disillusionment with the world, and it’s a harrowing moment to know this was the finale. If you are at all concerned with how you may react to this emotional tale, please take caution and either avoid it or play with someone you trust at your side. We do not have a hero. We have only another lost soul in a world that feels like it consumes us all without care. “I was right about everything.”

What can only be described as the best example of showcasing depression and suicidal thought in a game.