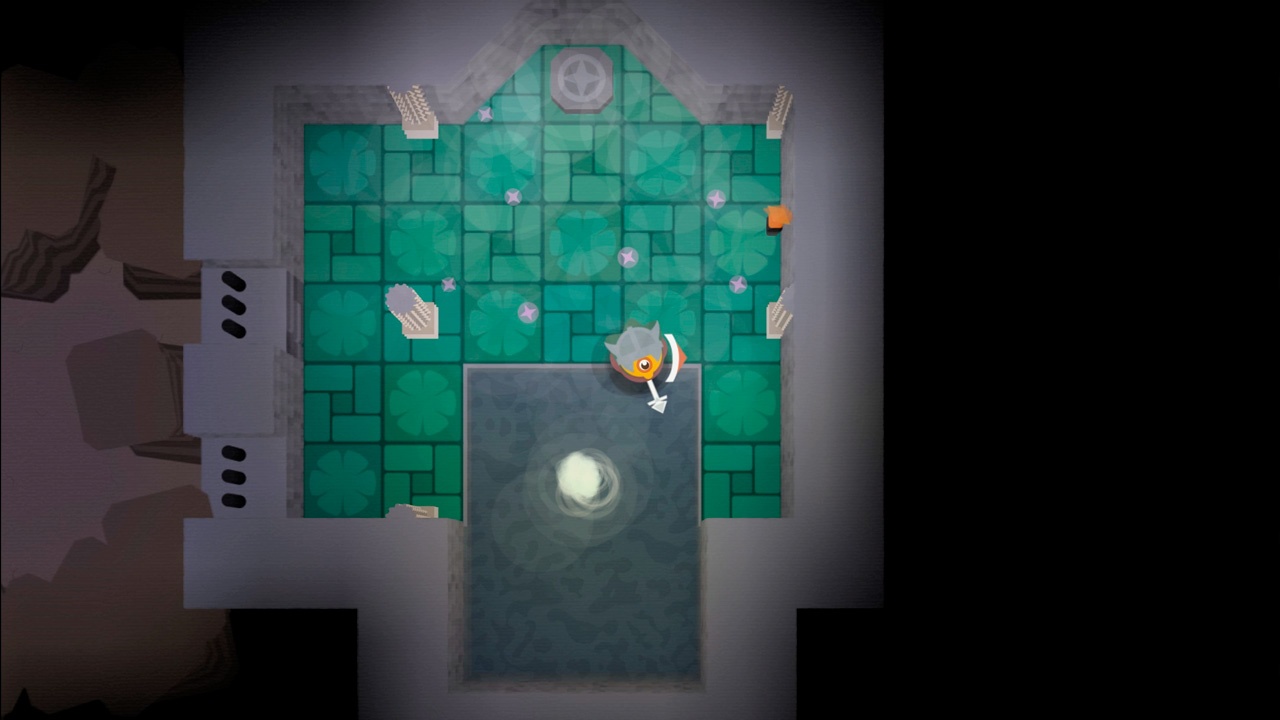 You have to have some appreciation for the way that gaming has fragmented in terms of carving and maintaining new and exciting genres. One of my favorites is all thanks to a little game called Rogue, which set the tone for everything else that I’ve deeply enjoyed in my time with gaming. From this spawned two different subgenres, roguelite and roguelike. Roguelite seeks to best capture the essence of the original Rogue, meaning a top down dungeon crawler which emulates the heyday of when tabletop made transitions into the digital realm (see also: Nethack, ADOM). Roguelikes are games that definitely don’t stick to rogue’s original concept, but use procedural generation to create “random” layouts and item configurations in order to ensure replayability (see also: Dead Cells, The Binding of Isaac, tons and tons of games). Both are great in their own way, though I feel that the former is a bit harder to enjoy if you don’t have roots connecting yourself to the experience (see also: PowerMAC, DOS, any Unix system). But the Switch has been severely lacking real roguelites since launch, with UnEpic probably being the closest. So it’s pretty dope that one of the best hybrid titles in the last couple of years has finally made its way to the mobile maestro, and brought all the DLC with it. But it also brought a few unintended things as well.

Unexplored: Unlocked Edition is a unique take on the Rogue tribute, as it somehow manages to be both a detailed dungeon crawler and a twin stick experience in the same swing. Randomly generate or specifically detail a character prior to diving in, you’ll have multiple layers of cavernous dungeons, concealed traps, precious treasure, rabid enemies and hazardous terrain to cross in order to make it to the main goal: the Amulet of Yendor. Of course, the Amulet comes with a dragon attached to it, and dragons are notorious for not being good at sharing. Additionally, as people who request the treasure traditionally want to see it and not just heard you got it, you need to actually navigate BACK through the dungeon to the exit once you’ve finally made the grab. This means that this isn’t a one way trip: you have to keep in mind every step you’ve taken to get somewhere so that you can backtrack successfully. Winners will be rewarded handsomely, and you’ll be able to unlock additional character classes (for more interesting future runs), special items upon spawning, and work on a huge number of achievements that have been blessedly baked into this game (seriously, Nintendo better have SOMETHING when the online system launches next month). For the Rogue fan, this is one of the better homages, and it’s definitely one of the few on the Switch. 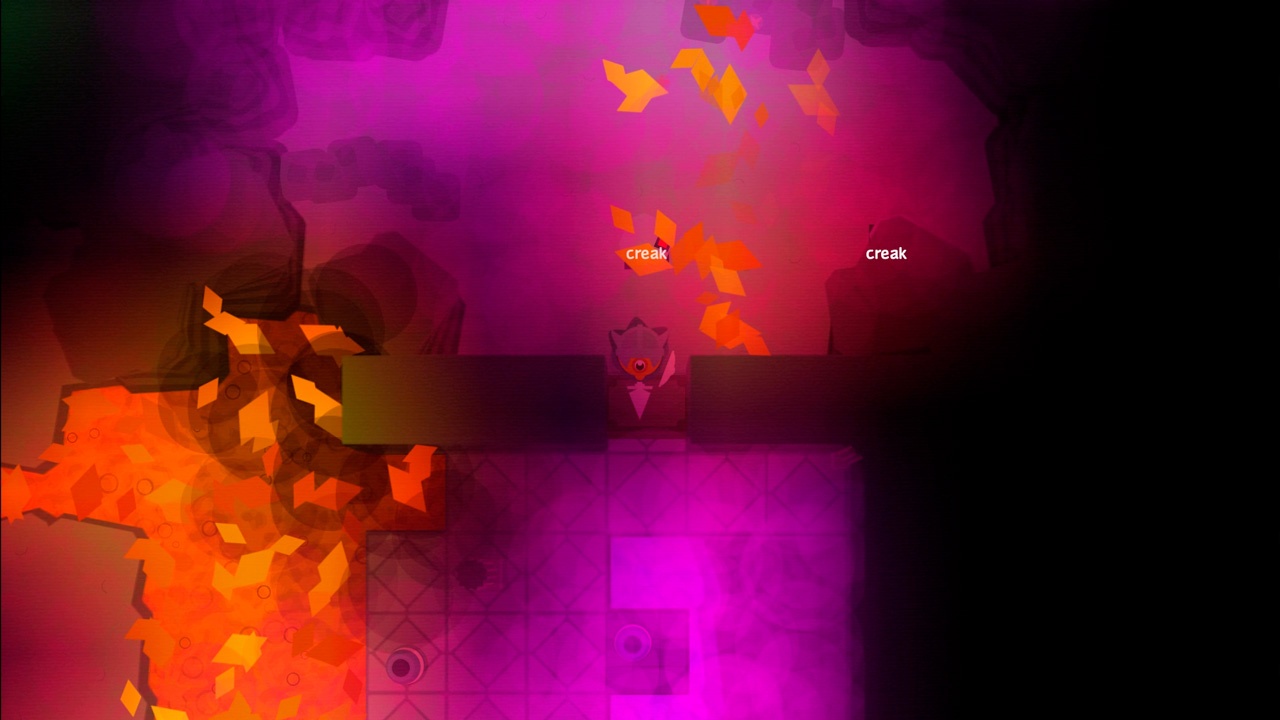 Now, as for the controls, this is something that ports well to the Switch but still takes a bit of getting used to. Unexplored is very proud of its twinstick, real-time approach to combat, and I think it works out pretty damn well. You get two weapons to work with, each with a cooldown phase, though you can eventually find a shield and opt for a bit of defense instead of brazen offense. In comparison to the oldschool rogue clones, this one allows for a lot of hit and run combat, which is refreshing in a game such as this. There are ranged weapons like bows and throwing knives that allow for long-distance pinging, plenty of spears and swords for melee damage, and there’s always the hope that you can trick an enemy into pinning themselves into a corner. Since there isn’t really experience to speak of (meaning there isn’t any), players are only obligated to fight as much as they see fit. In one particular level, I walked into a room to have a boss Salamander spawn, and he was…stuck behind two barrels. I was standing in just the right angle that he insisted on trying to walk through solid material, and I bought myself a couple precious seconds to beat feet before he teleported to the other side and started unleashing hell on me. Sure, he’d still be waiting for me when I came back up with the Amulet, exhausted and partially on fire, but that’s future Elliott’s problem, not mine! Not requiring you to be in the thick of combat is a distinctly Rogue characteristic, and I wholly support and appreciate it.

And the replay angle of Unexplored is everything you could hope for in a jaunty little dungeon crawler. The first time I played, I made it about five levels deep before I drowned in a lake that was rolling in fog that I accidentally created by quaffing a random potion. The second time, I only got to the third floor before taking a wrong turn and cornering myself in a room with several torrents, some angry lizards and I think a poison cloud. I’m pretty sure it was the third run where I died before leaving the first floor because I took a chance and set the difficulty to “arcade,” at which point the first enemy I saw immediately obliterated my sorry ass. There was so much to find in each chest that I discovered, so many potential risks from every “unrevealed” scroll that made its way into my inventory, it was like having an Advent calendar that was full of promise and poison. I don’t even like crafting, but to discover a forge on the fourth floor one run meant that I could try to improve the weapons I had instead of praying for a decent drop to appear one of these days. Additionally, I like the passive inclusion of altars where Gods may or may not bestow blessings/curses on you, though they’re not unbalanced enough to make a difference if you don’t encounter one. Just think of it as a fun Easter egg which will make the next few minutes of gameplay much easier or much, much harder. 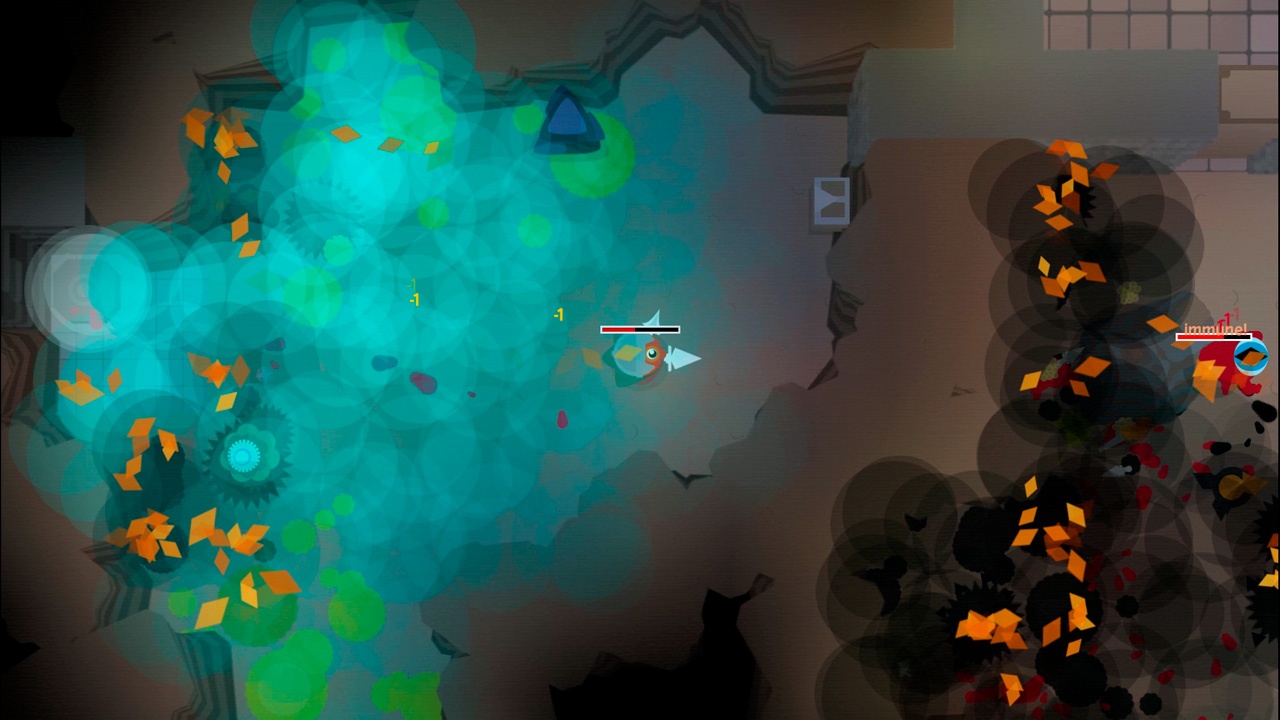 Unexplored does a phenomenal job of creating a lot of moments, between the six difficulty settings, the different character classes and the intriguing extra modes that are included with the DLC (thus the Unlocked Edition). The DLC isn’t worth the price of admission alone, but it’s a fantastic bonus for players who get into the main mode and want an extra taste. Each DLC introduces a themed idea, like grabbing as much gold as possible, killing as many enemies as possible or racing against the clock to stop a death cult. They’re enjoyable, but I don’t feel like they would have stood on their own well enough as standalone games or paid DLC separately. When you have all these potential runs right in the core game, plus a high score table to show off your best times and accomplishments across the difficulties, having something with such restrictions set in place almost feels like a step backwards. Thankfully, the DLC is non intrusive, fun enough and totally optional. Definitely give it a go if you need a break from the standard fare.

The one downside, in my opinion, is the performance of Unexplored. I took some time to look at the game on the PC prior to reviewing the Switch, and it runs smooth as butter on my i3, with minimal load times and great transitions. The Switch version, though, takes a pretty substantial amount of time to load up a run initially. A bit annoying, but not a deal breaker. Then, as you’re playing through, your screen will get pinged, usually once a minute or so, with the notification that dungeon data was being created. Alright, getting worse, but still not godawful. And then there are the crashes. If ever there was a game that really, really doesn’t need crashes, it’s Unexplored. There’s nothing worse than being neck-deep in a run, closing in on the dragon, when the notification that an error has occurred pops up and kicks you out of the game. If you’re lucky, the game will catch itself and the autosave will at least repopulate you somewhere remotely close to where you were. If not…well, let’s not think about that. But c’mon, Digerati, this game is not that demanding, and clocks in at a paltry 241MB. That should be small enough to optimize well enough.

For roguelite fans who’ve been hungry for a real experience, Unexplored is one of the best in recent years, and it’s actually damn fun in the twin stick approach with realtime combat. Things can be hectic when trying to grab stuff out of the inventory, but I think the button mapping is pretty damn decent and people can certainly adapt fast enough. The crashing and loads are awful, but you may need to cross your fingers and hope for the best with this one. Not everyone I’ve spoken to who owns this game has had it bad, so perhaps it’s a model-by-model situation? In any case, the game is great, the music is good, the graphics are passable and the replay value is high. If you want some serious dungeon exploration and a great kick in the nostalgia, you’ll have a blast with Unexplored. Just pray to the deities for some stability.

Marred only by some technical problems, Unexplored is a true roguelite that’s welcomed, with open arms, to the Switch scene.