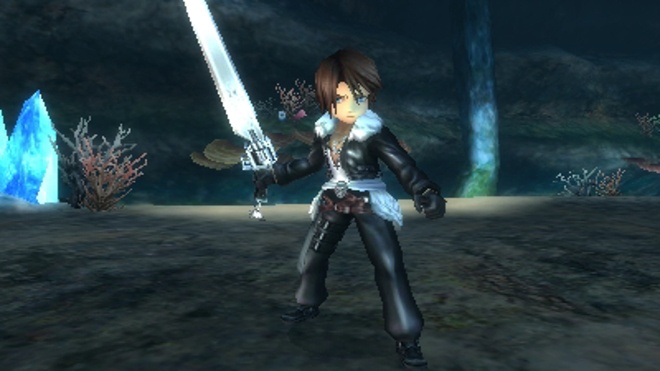 As popular as Capcom’s long running, Monster Hunter series might be, there is no getting around the fact that many (as in most of the Western world) are put off by it’s incredibly deep mechanics and occasionally obtuse gameplay. It might sound basic enough on paper (kill monster, loot, create new stuff, repeat), but in practice, the Monster Hunter franchise can be a particularly intimidating beast. That is where, Square Enix’s surprisingly likeable, Final Fantasy Explorers comes in. Some will tell you that its mechanics are overly simplistic by comparison and that it lacks the production values of Capcom’s increasingly refined series, and while both are true to an extent, I would argue that the more accessible gameplay makes it a very realistic alternative while the production values, despite falling comfortably short of Monster Hunter (and are even quite a way behind the majority of Square Enix’s 3DS output), are strong enough to carry the experience. And besides, nothing hides the occasional rough edge like a mega ton of fan service – and if nothing else, Final Fantasy Explorers has fan service in abundance.

At its core, this is a co-op action role play adventure that can be experienced solo, but like its obvious inspiration, is at its best when played with a full quota of additional hunters online. Speaking of online, why not try online casino gaming click here. Communication obviously helps, but unlike Monster Hunter, the mechanics and requirements for victory are much more basic, thus allowing random teams to work together with limited communication and single players able to take down the mightiest of foes as long as they are willing to do the required grinding. Problem is, while it does make the game a far more approachable and user-friendly affair, it also means that combat is a tad basic. 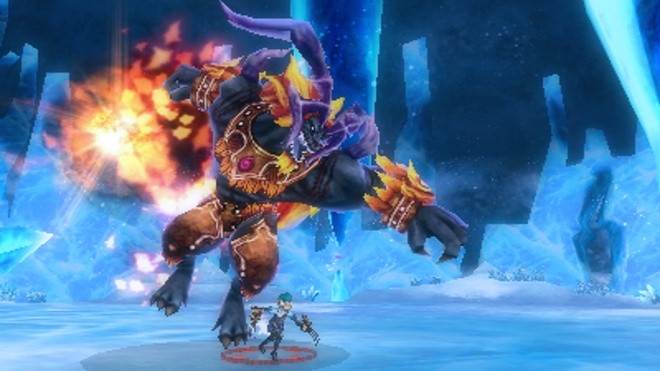 There are plenty of individual skills, abilities, items and weapons to choose from and there is even more in the way of upgrades and stat buffs, but once you get past the multitude of abilities, classes and additional options available to you, out on the field, combat rarely requires anything more than a bit of solid spamming. Some enemies are obviously tougher that others, but for the most part, a single approach will see you come out on top in that vast majority of battles.

That’s not to say its’ not fun mind – the simplicity of the combat means that the core mechanics do inevitably become somewhat repetitive, but the array of familiar foes and the ability to transform into a host of famous heroes from the Final Fantasy series ensure that fans will be willing to overlook the relative shallowness of the combat and the rough edges in its design. Saying that, whether you are willing to forgive its faults or not, there is no getting around what an odd mix it is; there are so many options for customisation and a whole host of different classes to choose from (each with their own set of abilities, weapons and skills), but once you get down to it, the gameplay remains resolutely samey. It’s never actively bad, but the inherent wealth of systems available to you never equate to any kind of recognisable depth out in the field. Again, it does make for an accessible experience, but for those looking to sink their teeth in, disappointment is likely to ensue. 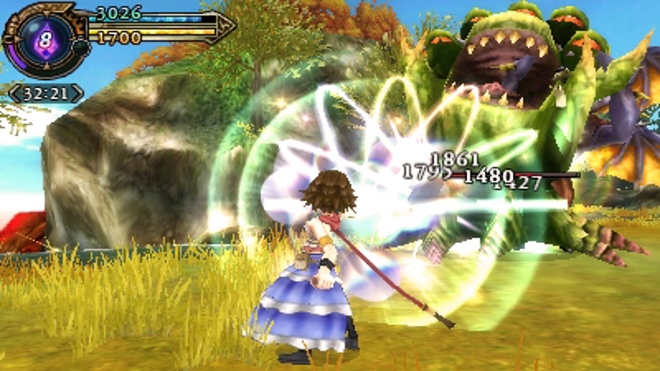 Still, for all its faults, at its core, Final Fantasy Explorers is an enjoyable clone of an admittedly superior video game. Serious Monster Hunter fans need not apply, but for those who like the idea of Monster Hunter but are put off by the brutal learning curve and unforgiving gameplay, Square Enix’s latest delivers a very real and largely enjoyable alternative. The slightly low rent visuals and occasionally chugging frame rate are an issue, but the world is carefully crafted, traversal is fun, the lock on system, while initially fiddly, proves a welcome addition and, well, it’s got so much Final Fantasy. As a fan of the series, to see such an impressive collection of recognisable beasts, weapons and heroes brought together under one title provided a constant carrot that I simply had to chase. It seems every time I was close to losing interest, the game would throw another reminder of why I love Final Fantasy my way. The gameplay loop too, while relatively basic, is undeniably addictive, and when combined with all that glorious fan service creates an experience that fans of the series will find easy to love.

Final Fantasy Explorers might not have the highest production values, the core gameplay is undeniably repetitive and the world created can’t really compete with the depth and detail of its more illustrious inspiration, but despite these issues, Final Fantasy Explorers remains a resolutely enjoyable interpretation of the genre. Whether it be on your own or as part of an online party, this co-op heavy adventure delivers an enjoyable and oddly compelling Monster Hunter-lite experience, one that is driven by its fantastic fan service but is ultimately held together by solid mechanics and an addictive and, above all else, accessible gaming loop.