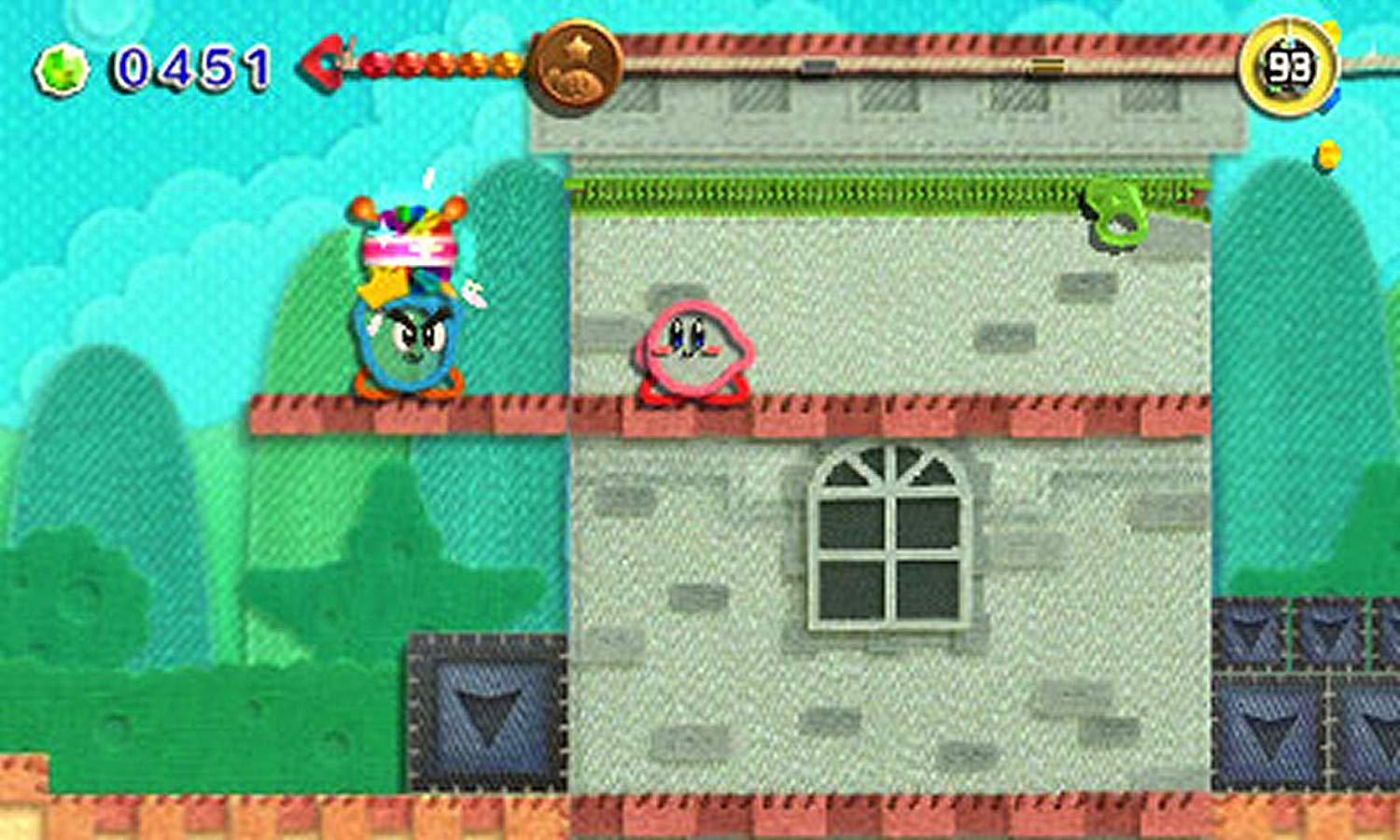 It’s just keeps going doesn’t it. The 3DS simply refuses to die. What feels like decades since Sony put the PS Vita out to pasture, the 3DS keeps chugging along, fighting admirably against the fading light as it strolls gracefully in to its eighth year. It’s hardly getting an avalanche of support nowadays, but the fact that Nintendo continue to support their charming little handheld at all (and with first party titles no less) is nothing short of admirable. More impressively perhaps is the simple fact that the games released for it continue to be very good.

Sure, Kirby’s Extra Epic Yarn is another re-release in the mould of 2018’s Luigi’s Mansion, but like the return of that GameCube classic (well, I think it’s a classic anyway), Kirby’s Extra Epic Yarn proves a surprisingly fine port of the Wii original. The eight year old hardware ensures a dip in visual quality, but the game certainly stands up from an aesthetic perspective, and with a host of largely successful new modes, an argument could be made for the 3DS version delivering the definitive Epic Yarn experience. It’s not an argument I would necessarily agree with, but the fact that it’s even in the conversation despite the comparatively limited hardware speaks volumes to the quality of this unexpected but very welcome 3DS port.

At its core, this is the same, beautifully crafted (no pun intended), gorgeously realised platformer as the one initially released on the Wii back in 2010 (2011 for us European folk). Like most Kirby games, it’s hardly the most challenging or complicated platformer on the market, but it has charm and character in abundance, and thanks to its new game modes, delivers plenty of top quality content. 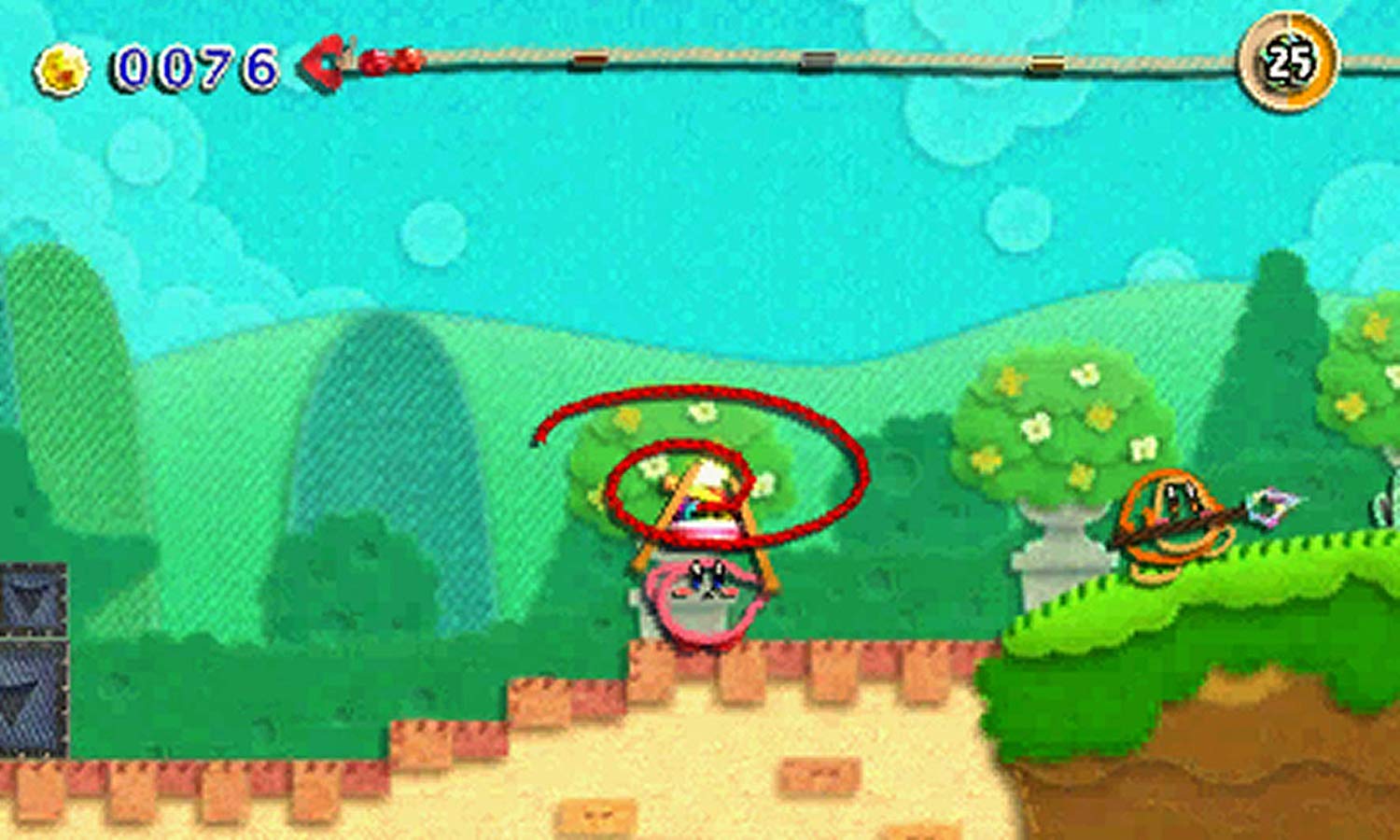 As good as the game is though, and as successful as some of the new content might be, the downgrade in visual quality is an issue. This is still a very good looking game (especially by 3DS standards), but a big part of the original’s appeal was its decidedly tactile visual style. The array of fabrics that make up both the world and its inhabitants were beautifully realised on the Wii, and despite the lack of HD, stood out as one of the better looking games on the console. Everything about it felt very physical, like you could reach in to the world and move it around as you play the game. Some of that has sadly been lost here. Again, judged on its own merits, this is a very good looking 3DS game, but compared to the Wii original, some of the tangible charm is definitely missing.

The other big loss – multiplayer. It obviously won’t be an issue to all, but the reason I have such fond memories of the original is because I played through it with my wife. It might not be all that challenging, but that always seems less of an issue when you’re playing alongside a friend. It’s still fun when played solo of course, but you do tend to feel that underlying lack of challenge more vividly when playing the game in single player.

Still, despite these omissions, Kirby’s Extra Epic Yarn remains one of the finest Kirby games ever released. With its charming visuals married to its equally charming transformations, Epic Yarn, while retaining the care-free spirit of the series, stands out as something a bit special and certainly something unique amongst more recent Kirby titles.

The transformations in particular really do make all the difference. Rather than stealing the power of his enemies as per Kirby tradition, here he transforms into a number of yarn based vehicles, thus creating a number of unique mini-games built into each level. Whether it be a tank, a spaceship or a skateboard, these cool little moments ensure that, while the game does invariably lack any genuine sense of challenge, it never wants for a sense of pure fun and enjoyment. 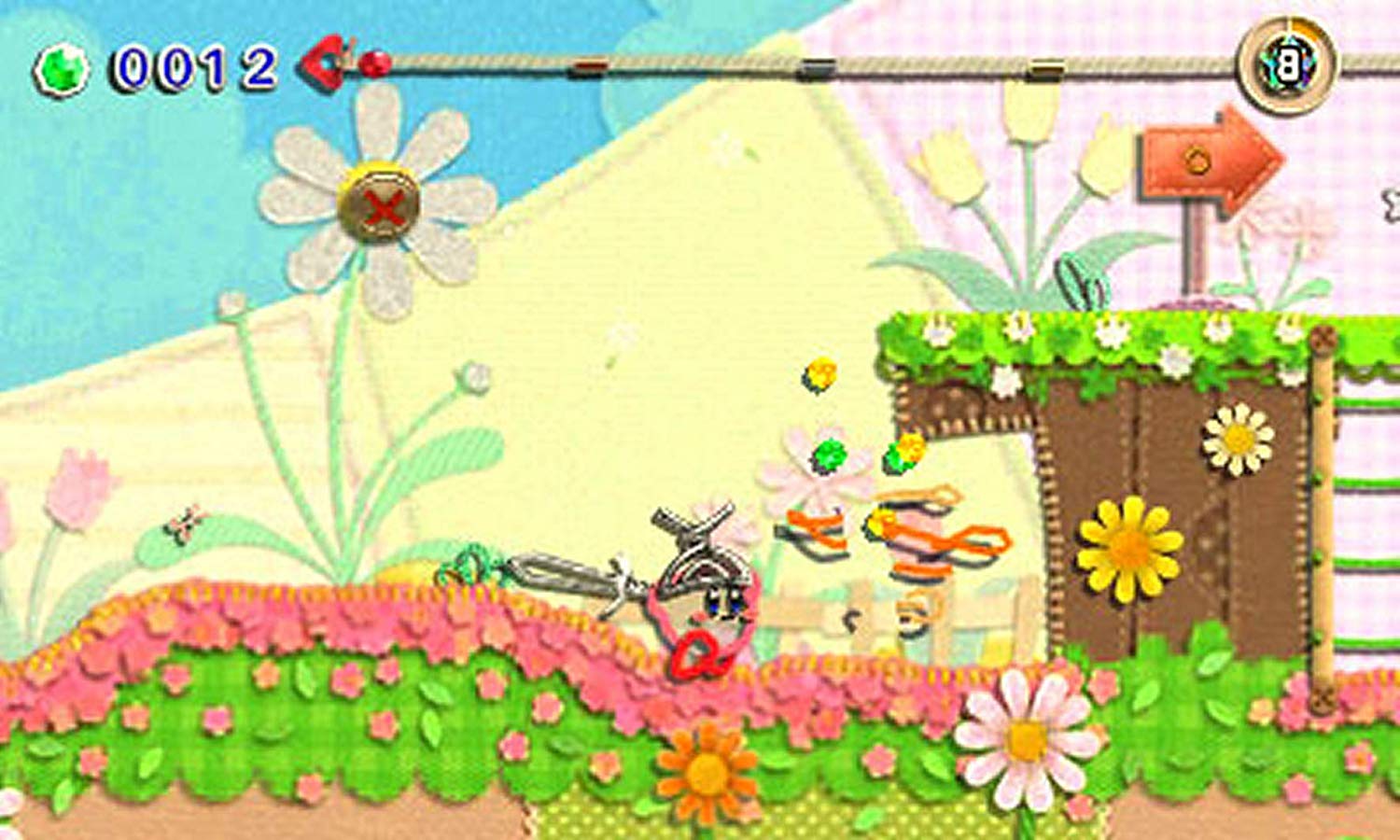 Saying that, while the core game does remain a bit of a doddle, the new hard mode added for Kirby’s Extra Epic Yarn will provide a genuine test for more seasoned gamers. It’s hardly Sekiro: Shadows Die Twice, but this mode, very reminiscent of those stages in Mario in which you are chased by an evil shadow Mario sees Kirby chased in much the same way, forcing you to abandon the leisurely pace of the core game and essentially race through stages against an AI opponent. It’s hardly revelatory, but it does provide a new twist to the core experience and certainly adds a bit of longevity to a game that was previously a tad short of content.

In a more traditional twist, the 3DS version also includes hat-themed power-ups that work much more like traditional Kirby abilities. The lack of new stages to make the most of these additional abilities is a shame, but they still add a unique twist to the Yarn-based formula and help to deliver moments of more traditional Kirby-esque gameplay. The final addition beyond the inclusion of basic amiibo support (new hats and stuff), is the addition of two new mini-games starring series regulars, Meta Knight and King Dedede. They’re fun enough in a forgettable kind of way, but don’t add to the experience is the same way that the hat abilities and hard mode do.

The visual downgrade and lack of multiplayer are definite downers, but despite these issues, Kirby’s Extra Epic Yarn remains an absolute joy on 3DS thanks to its charming design and surprisingly varied gameplay. The new 3DS content, while far from revelatory, adds a much needed sense of challenge and a handful of new ways to experience this delightful little adventure for those who have already played it on the Wii. Despite these additions though, it does invariably fall short of the visually magnificent original, but judged on its own merits, this remains a fine addition to the exceptional 3DS library, and if it is to be the final first party game released for the console, a fitting swansong for an often underrated handheld.

Kirby’s Extra Epic Yarn remains an absolute joy on 3DS thanks to its charming design and surprisingly varied gameplay.