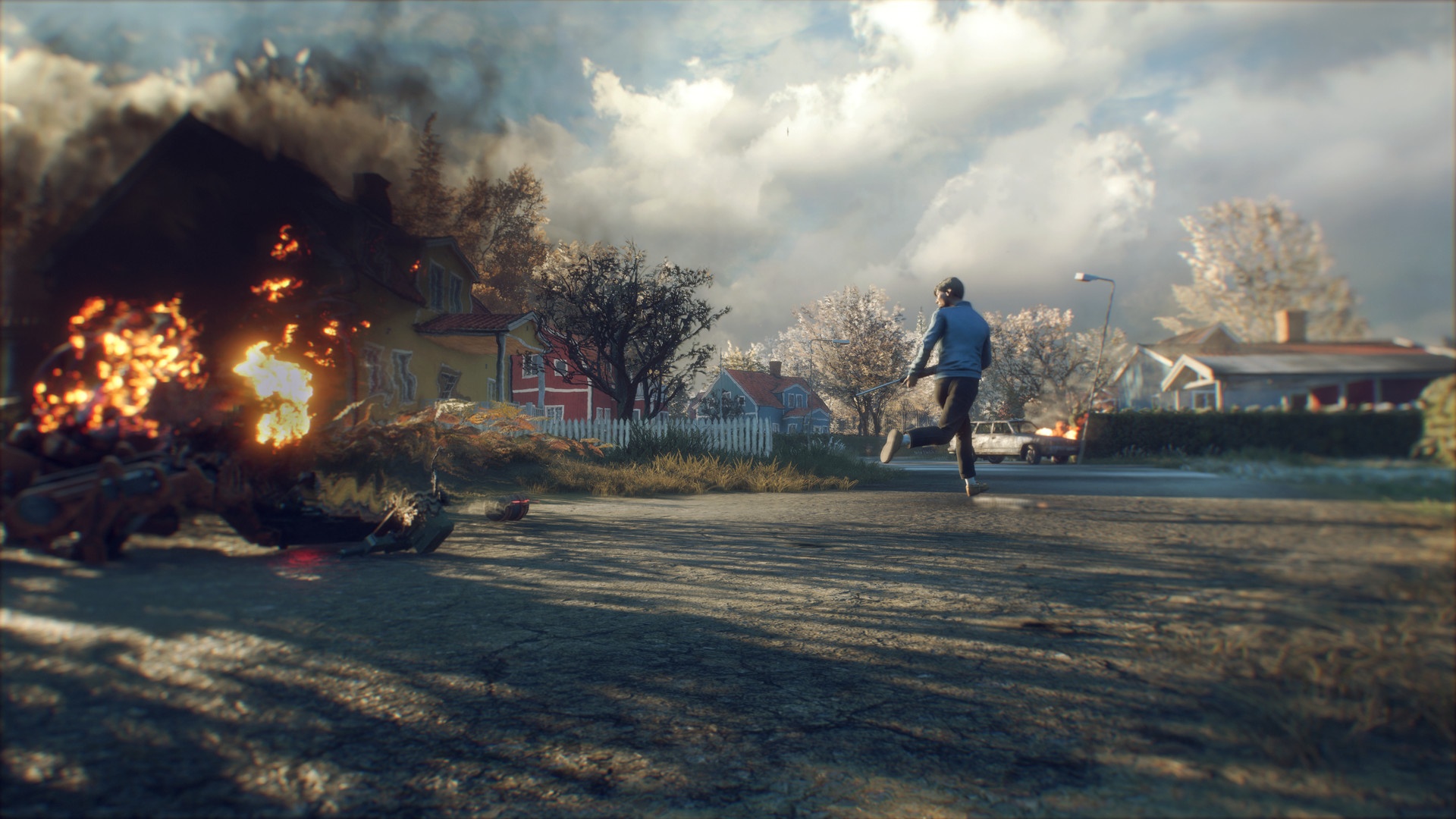 This game makes me want to scream. In fact, it’s probably come closer than a lot of other contenders recently. At least twice, I went as far as having to turn it off and go away and play something else. Funnily enough, my gripes are more based in frustration than actual real anger with a game that came from the same stable as such favourites of mine as Mad Max and the Just Cause series. In fact when our illustrious and fabulous Editor gave me the choice of looking at Generation Zero or another game, I stared them in eye, put both hands on the desk where they sat and told them to stop making fun of me.

In hindsight, I wonder if they were actually trying to warn me off, protect me, I will never know. I put literally days into Just Cause 3, and so the thought of spending hours in a world created by Avalanche yet again was just outstanding. There are some amazing gaming memories for me. There are some here as well with Generation Zero. But.. well.. keep on reading..

You don’t come to Generation Zero for the story. There is the basics of one, surrounding an alternate universe in Sweden in the 1980’s, where robots have risen up from nowhere to start attacking the human populace. You don’t get really any more information than that at the beginning. It’s up to you to collect clues and audio in order to decipher what has been going on in the world. In the stunning world.

You see, it is stunning, and sometimes you’ll just want to wander in the surrounding forests, clamber up hills or just stand there, looking out to the various seascapes that surround the land you are traversing. There are day and night cycles, weather will change from bright sunshine to storms over a period of time. There are breathtaking parts where the rain subsides and the sunlight is reflecting off puddles in the ground and you are physically blinded. You have no choice but to stop and stare in wonder. The world building is astounding at certain points, drawing you in and making you feel part of it all. It’s just such a shame that Avalanche took this delicious foundation and pretty much dropped a huge turd on top of it. 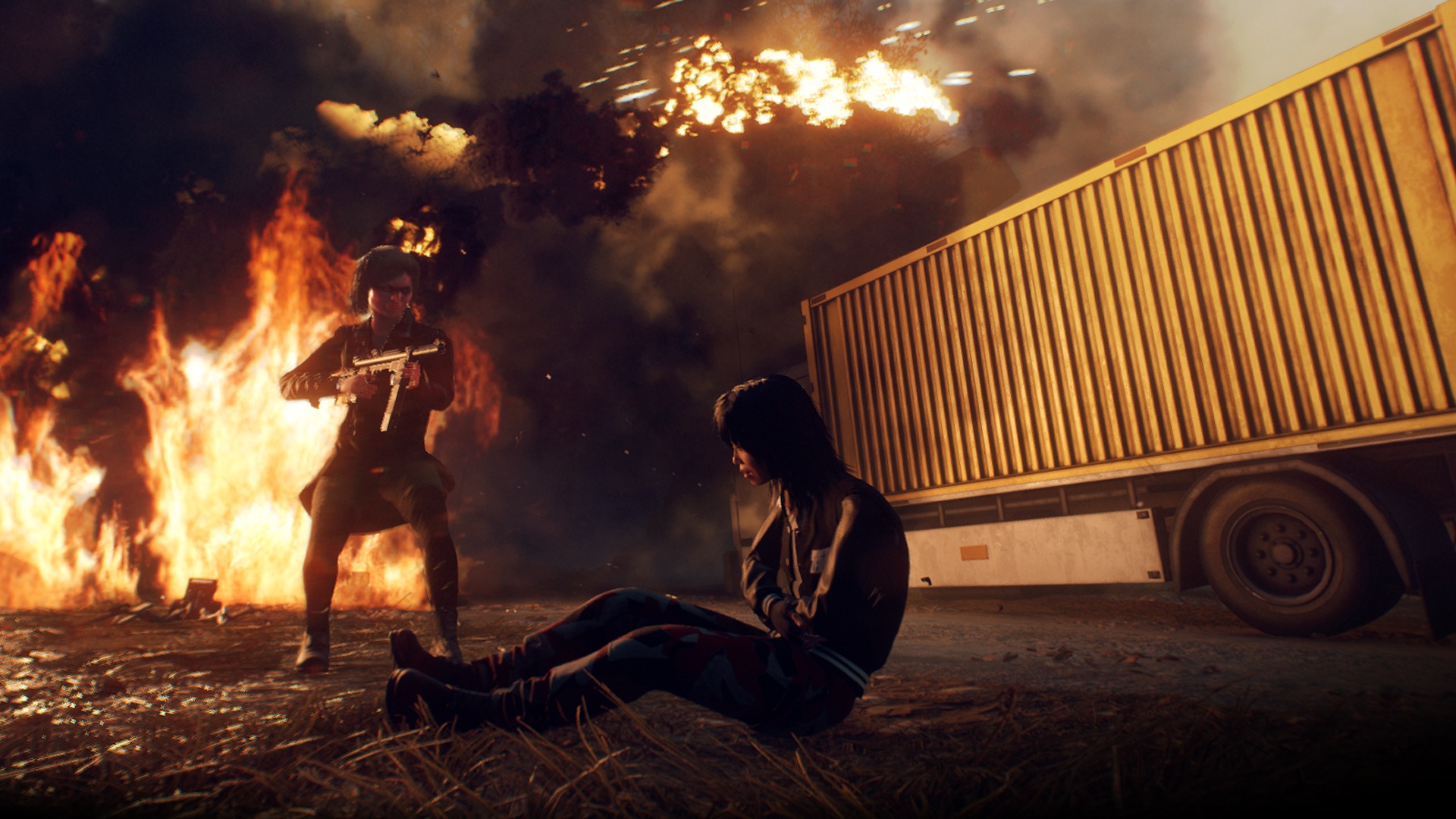 I get the feeling that they had this world and they simply didn’t know what to do with it. Everything that isn’t part of the gorgeous landscape is simply much more inferior in terms of presentation, mechanics, physical interaction and to be honest, thought of how it would work.

However, I don’t live in a bubble when it comes to playing games, and I have been playing shooters for years, and while I understand the whole slow introduction to increased power, I expect a game to be mechanically sound from the beginning. So while I’m weak, I’m still able to be able to point a gun in a particular area of an enemy, squeeze the trigger and have it connect. Sure, I expect it to take longer to win, and for it to be tense, and feel I got through by the skin of my teeth, but in the first thirty minutes of the game, restricting the weapons I have, the ammo I have, and the overall fairness, is a recipe for resentment and lack of forgiveness on my part. Games that are difficult, but are difficult because I made mistakes, I am all in favour of, however this is just something else.

When you die in Generation Zero you respawn back at the last respawn point you visited, but you stay in the same state with regards to supplies and ammo. So, if you manage to have a bad time in the first half hour of the game, you can end up being stuck. Like seriously. You can end up not having access to either ammo, or first aid kits, or weapons or any way of progressing. You have to end up resetting the game and starting again. Imagine that. A game. Made in 2019. Pulling that shirt. 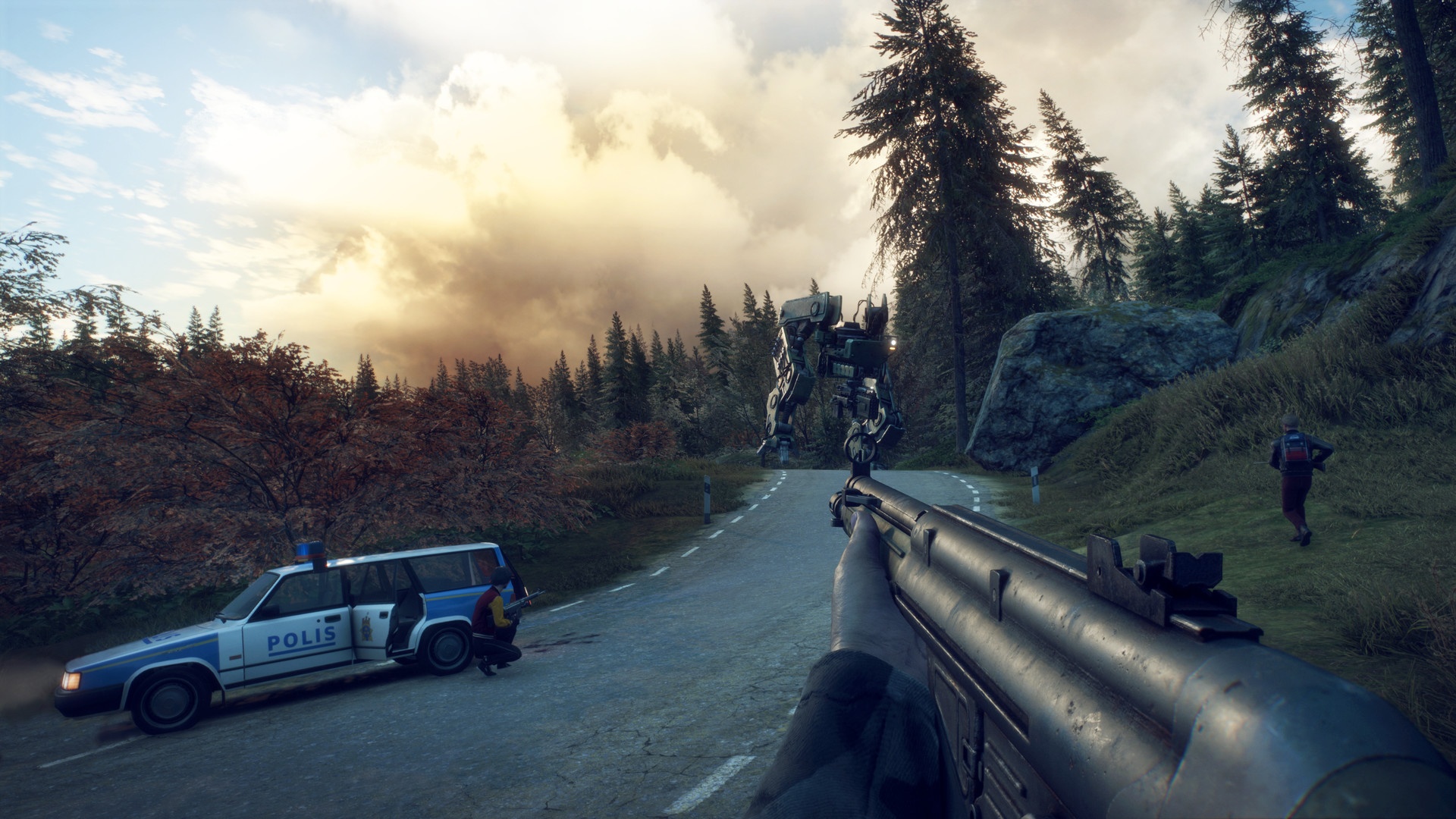 So, there’s no incentive to explore, unless you’re willing to accept that at some point you’re going to end up over your head and die. You will end up over your head and die, because the robots in Generation Zero are deadly. Firstly, they appear to having some kind of infinite radar that has an ability to detect you from hundreds of metres away. Secondly, once they’ve found you, you can’t hide and wait for them to lose you. They’ll usually up their threat level from ‘warned’ to ‘combat’, and they’ll chase you for miles, and shoot at you. They’ll shoot you through walls into houses, they’ll spray you with bullets from literally from fifty metres and hit you every time, and when they catch you, they’ll jump at you and wipe you out in a couple of jumps because you’re a human being. Oh, and then you’ll respawn, with less ammo, and no health packs or anything. It’s infuriating. It’s like that all the way through the game. Oh, there’s no usable radar in this game. By the time you’re hitting damage, then it’s too late, because it’s really difficult to tell where you are being hit from. THERE’S NO BUTTON FOR USING HEALTH PACKS. You have to assign them to a quick slot and if you use up your packs, you need to remember to reassign them.  THERE’S NO MELEE and there’s enemies that will attack you at close range and you can do nothing about it. Who play tested this and thought that was fun?

Boss battles are terrible, because you can’t learn. You don’t usually have a quick save point back to the last big encounter. You’ll always be under prepared and yet in order to progress you’ll need to find a way to beat them. You always lose more and more ammo without any easy way to find more. There’s a point early on in the game where you need to get to a farm but you have to defeat four robots to complete the area. You can’t plan for it. You might pick up a better weapon by exploring but you’ll always burn through the ammo, because there is no leeway to see if you like using the weapon in the first place. It makes something that any other game would handle better like a chore. An horrific slog of a chore that isn’t fun. Any other game does this better. Just Cause did this better in it’s sleep. OH, did I mention that you’re limited to what you can carry?

There’s a multiplayer option, where you can join up to play online with other players, but it’s not really populated and it will often join you up with people who had opened up more spawn points to you, so you have to traverse all of the map in order to even catch up with them. You don’t even start in the same place. It’s a total joke. If you go back to single player the next time you play, you’ll often start in a spawn point that you’ve never got to, which is great as it means you’ll hit payday as far as ammo and supplies, but then you realise you can’t carry everything you’ve found. Useless.

Then there’s the incredible screen tearing bicycle that can’t survive the mildest bash, there’s the sea that sometimes kills you and sometimes lets you float but gives no indication of what is what. There’s a skill tree thing that takes ages to upgrade to anything useful. There’s pointless impossible side quests that promise better weapons but just are weary and demoralising and seem to only be there to waste your precious supplies. Avalanche should know better. They’ve done better. This is just lazy.

Generation Zero sucks. You should be thanking us for playing this so you don’t have to. It looks wonderful and dreamlike in places. But as far as game play and fun goes, it’s just a nightmare.

Generation Zero looks wonderful and dreamlike in places, but as far as gameplay and fun goes, it’s just a nightmare.