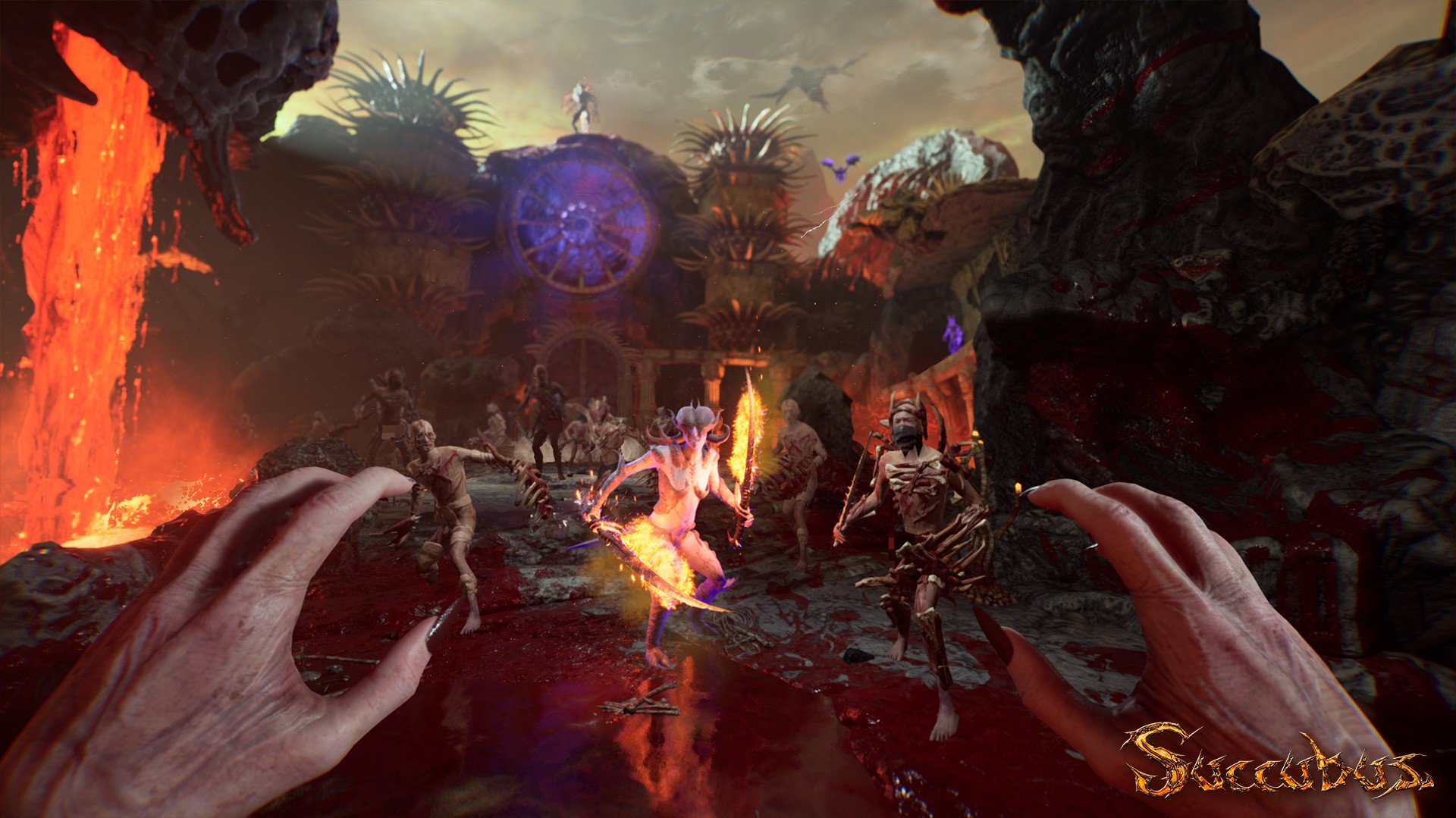 Welcome to Succubus: Prologue, where nudity and great first-person action is combined to make a sinister, raunchy experience. In Succubus: Prologue you get exactly that with nudity for my NSFW fans, Gore and Gameplay that reminds you heavily of DOOM Eternal. There’s so much to cover through this small demo for the Original Game called Succubus that is still waiting for an announcement. So what is Succubus: Prologue? A First-Person Action Adventure RPG Free to Play Dark Fantasy Game that is a spin-off to the hit title Agony and Agony UNRATED. Succubus: Prologue showcases a lot of the core content you’ll see in the main game. I will go over a couple of key main features that are currently in the demo as of right now. This game is based around heavy nudity of both male and female, so if this is not your type of game, then turn back now. I’m warning you now that this is NSFW but in the game, you do have the option to turn on/off Nudity.

Executions are one of the most utilized abilities the Priestess has at her disposal. This is essentially a flashy finisher to quickly eliminate the many demons in the game, Using different weapons you can see a variety of different executions. The entire Execution system is the same as games like the DOOM series where you see a cool cutscene in first-person camera. Now, after a big battle happens, you will see almost something similar to an ultimate move. The camera turns into 3rd person as the Priestess have her epic moment obliterating a demon.

Weapons are your bread and butter of how you will dispatch all of your enemies. So far in the current state of the demo you can use between 3 different types of weapons and their variations. The 3 weapon types are Scythe, Sword. Dual Wield Daggers and by upgrading them you as well get stronger variations of the weapons. You also have powers to take down your foes!

Armouris currently only 3 pieces of armour you can either stay nude, Wrap up in cloth, or wear a plate of revealing armour. 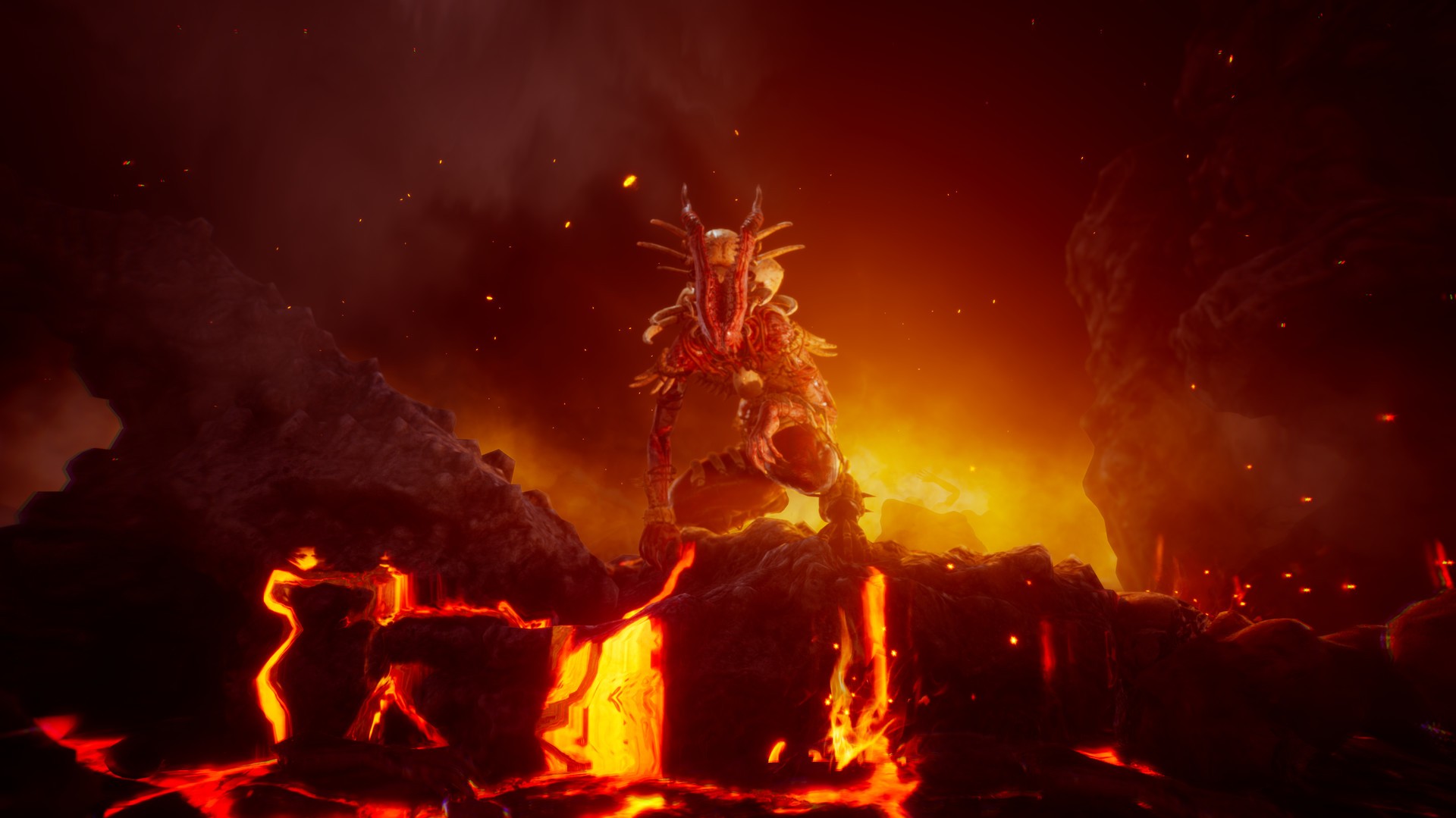 Powers The Priestess currently has 3 powers to use in the demo which are Fire Bolt, Wave Push, and Shock. Each of these abilities can work and can be used in many situations. If you have big waves of enemies and you need a breather you can use Wave Push to clear the mobs but be wary that it won’t kill the mobs so switch over to the Fire bolt or Shock to inflict massive damage if you charge the ability to its max.

Healing is quite interesting as well, You can heal in many ways in the game. By torturing a male or female sinner in which both genders get their very own unique death scene and if its a female the Priestess will punch and kick the human abdominal region and proceed to rip the fetus out of her and eat the fetus to regain health. If it’s a Human Male, the Priestess will proceed to seduce the Male and then punch his jaw off rip his junk right off. I know right it’s very graphic and I think this is how the game exceeds many expectations. Another way to heal your character is by killing baby monsters or tortured victims that are hanging and chained up.

I turned my graphics all the way to ultra thankfully my PC was able to handle it all so I can truly get a feel for the graphics on Succubus. The Game looks beautiful and every aspect you can of this nudity based game, The way the Priestess looks is very detailed and unique especially her design. Now don’t forget the game is essentially a First and 3rd Person action game so different shots and scenes of this game look beautiful like I said earlier in the post this game heavily resembles DOOM Eternal as in almost every aspect. 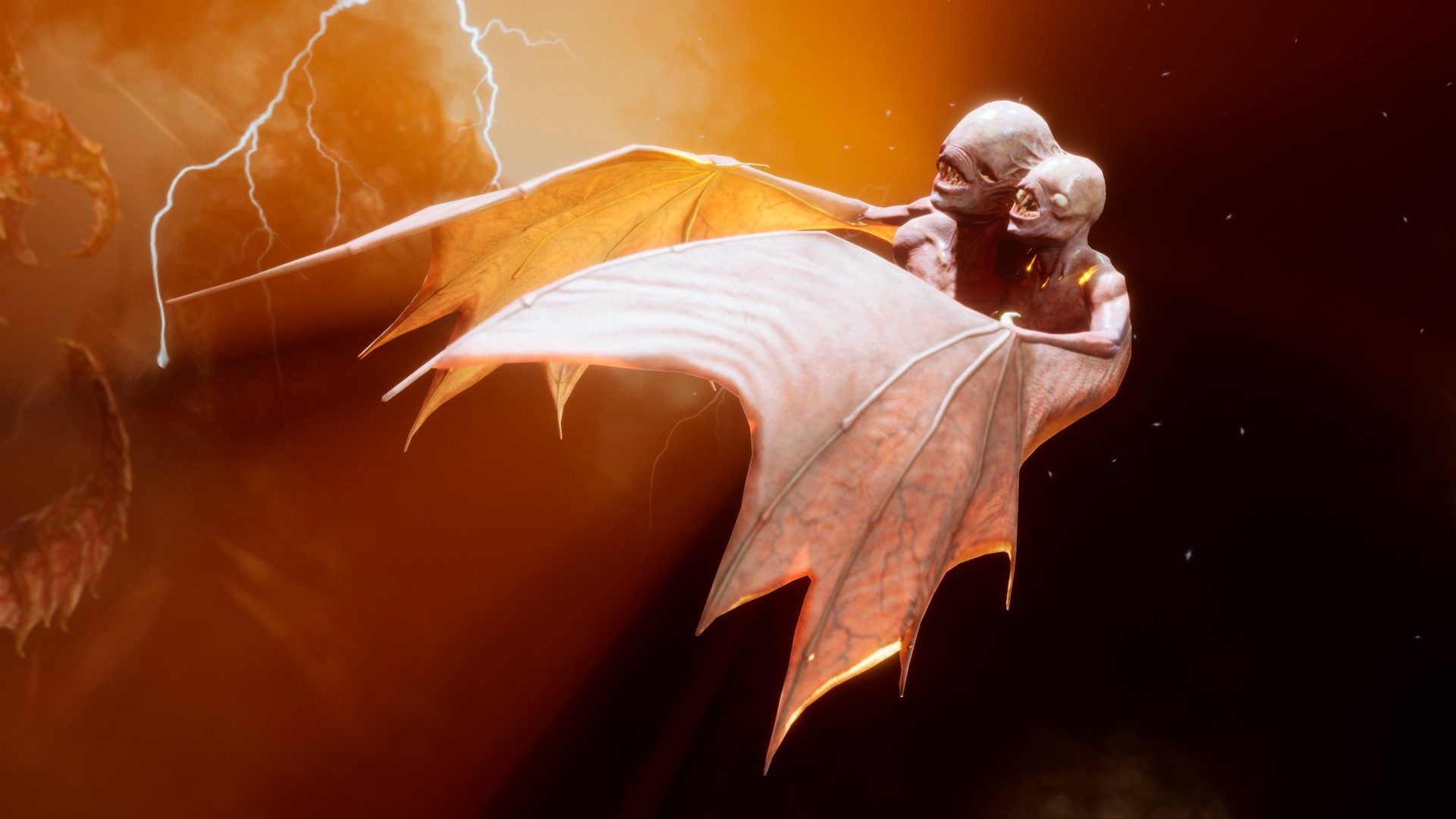 The Voice Acting is strong and definitely fits the tone and pace of the game. The Demonic sounds each character makes really immerses you into the game to truly feel like if we were in Hell having the sounds of the lava cracking and oozing in the background as demons and humans are being quite tortured with the screams happening in the background as well. The way when you fight the moans and sounds from the beasts who are trying to harm you is also satisfying.

The Replay Value for the demo is a little lackluster but I don’t expect much from a Demo of a game that hasn’t released yet. After You beat the Demo you get a short video to show you what’s to come in the final product called Succubus, but after the video, you are allowed to play ranked mode, In which I need to figure out how to play it exactly but I have a feeling its harder difficulty for the 2 missions you’re allowed to play. Yes, that is correct you’re only playing two missions in this demo before the game fully launches. The two missions basically break you into the world of the Succubus and almost like a tutorial.

A First Person Action RPG that focuses on a Succubus that wants to regain control over her kingdom. Utilize unique weapons and abilities to conquer your foes!