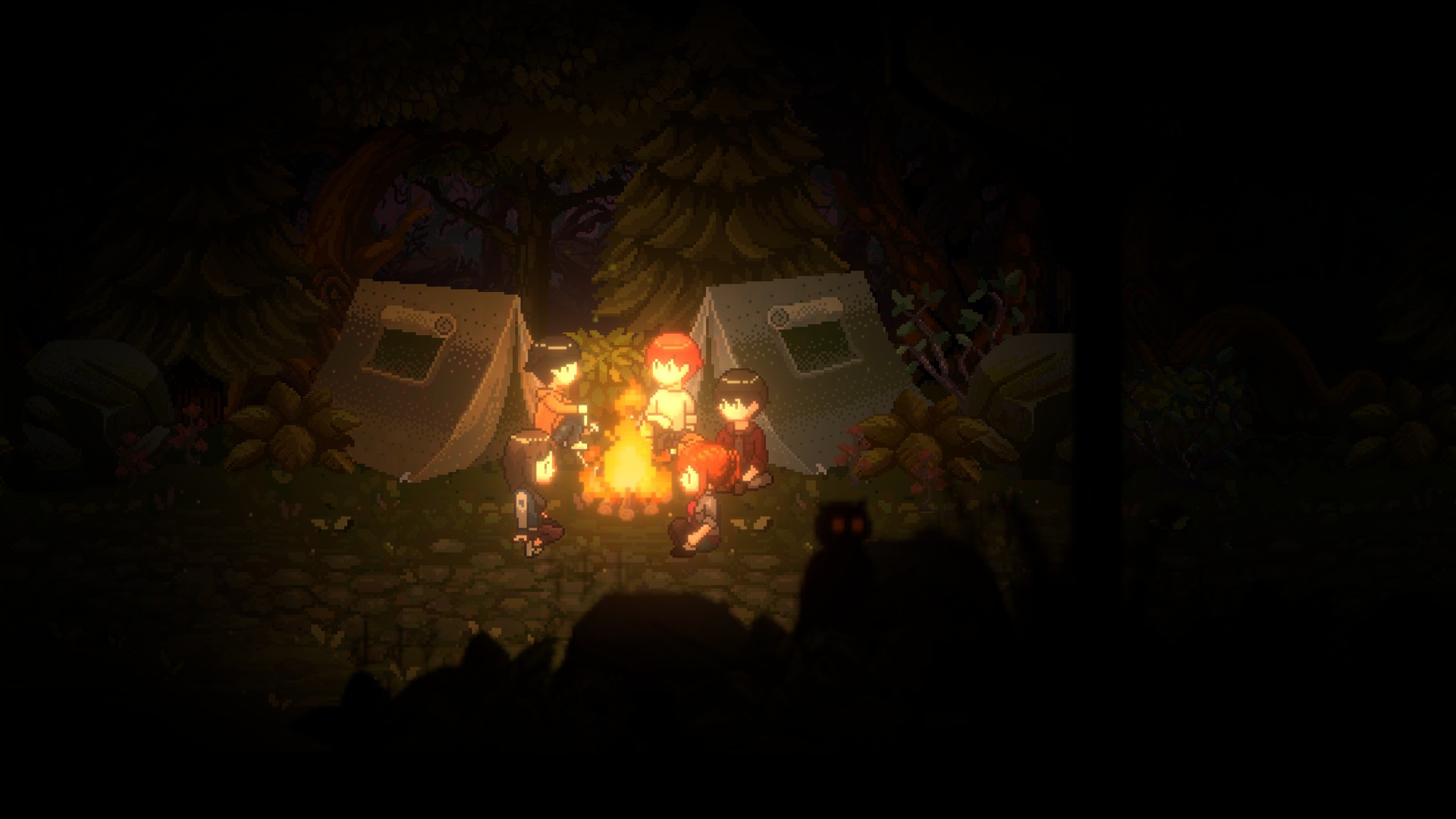 I always was into indie horror games with pixelated graphics. I just feel like they focus more on the atmosphere itself instead than relying on jump scares, and as I love story-rich games, Re:Turn — One Way Trip seemed right up my ally. Luckily, I had the pleasure to go through the first four chapters of the game and I can already tell that I definitely will check this game out when the full version gets released. Whilst I didn’t get to see a lot of the plot yet, it’s already noticeable that the premise of this game is very promising so far, and I found myself utterly immersed in it during playing. That being said, let’s dive right into the story.

Re:Turn — One Way Trip opens with a group of five friends going on a post-graduation trip in a forest. The main character, Saki, finds a love letter and shoves it back into her fiancé’s bag, thinking it was written by him. However, it turns out that the letter belongs to someone else, and thus, her boyfriend is furious and confronts his friends about trying to steal his girlfriend. Everything escalates when a friend is running away and the rest of the group is going to sleep. When Saki wakes up, her friends are nowhere in sight anymore and, therefore, she looks for them. Strange things start to happen when she finds an abandoned train.

Equipped with only a flashlight, Saki is determined to find her friends. I could immediately tell that the atmosphere is going to be creepy in Re:Turn — One Way Trip with the creepy soundtracks and dark environments. Luckily, Saki finds one of her friends pretty soon, although something seems off with him, and the whole place. Things are appearing out of nowhere and the environment starts to change as well. Everything gets even more confusing when Saki finds herself in the past with a fully intact train, however, it seems like no one notices her. 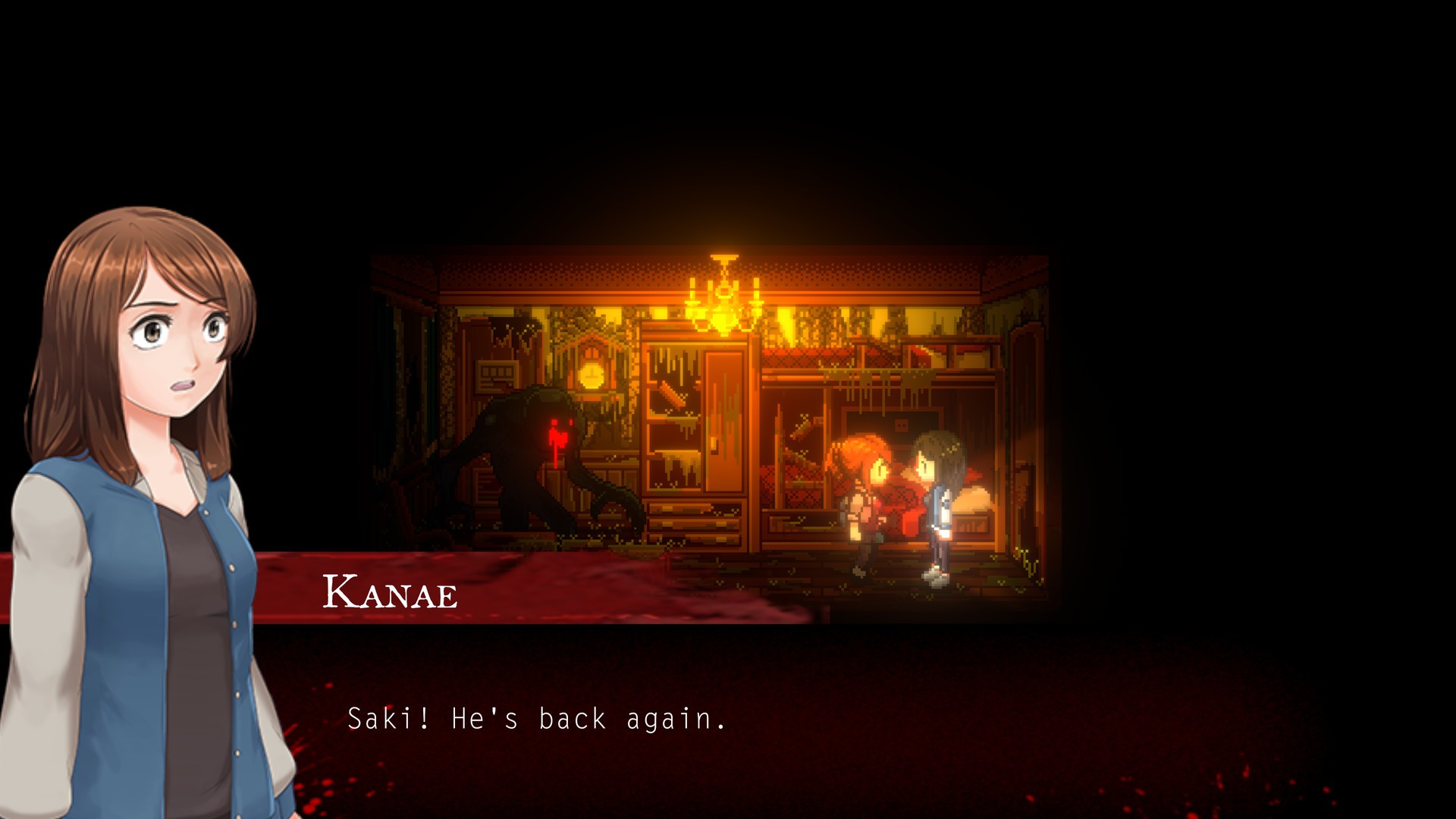 Yes, that’s right, Re:Turn — One Way Trip swifts between the past and present. The story is quite confusing, but there seems to be a connection and a reason why everything is happening to Saki. While investigating the train there are weird creatures following her and nothing is as it seems. It’s clear there is more to the story and I couldn’t stop until the demo was over. I had so much fun getting to know Saki and the past better that I felt unsatisfied when the “Thank you” message popped up and it was already over. But that only means that the beginning of the game is so good that I wish I could play more of Re:Turn — One Way Trip.

Gameplay-wise, Re:Turn — One Way Trip is pretty simple. In this 2D side-scrolling game, the player has to interact with various objects to pick them up and use them to advance with the plot. Sometimes there are riddles and puzzles available here that required me to carefully think about how to solve it. While they aren’t complicated, so far, it was still a satisfying feeling being able to figure it out. Dying is technically not possible so far unless the player messes up a QTE. Talking about QTEs, I found they were not very clear. For instance, the player had to repeatedly press the same button, but there was no progress shown so I didn’t know that I had to press it multiple times. I had to die a few times to be able to figure it out. 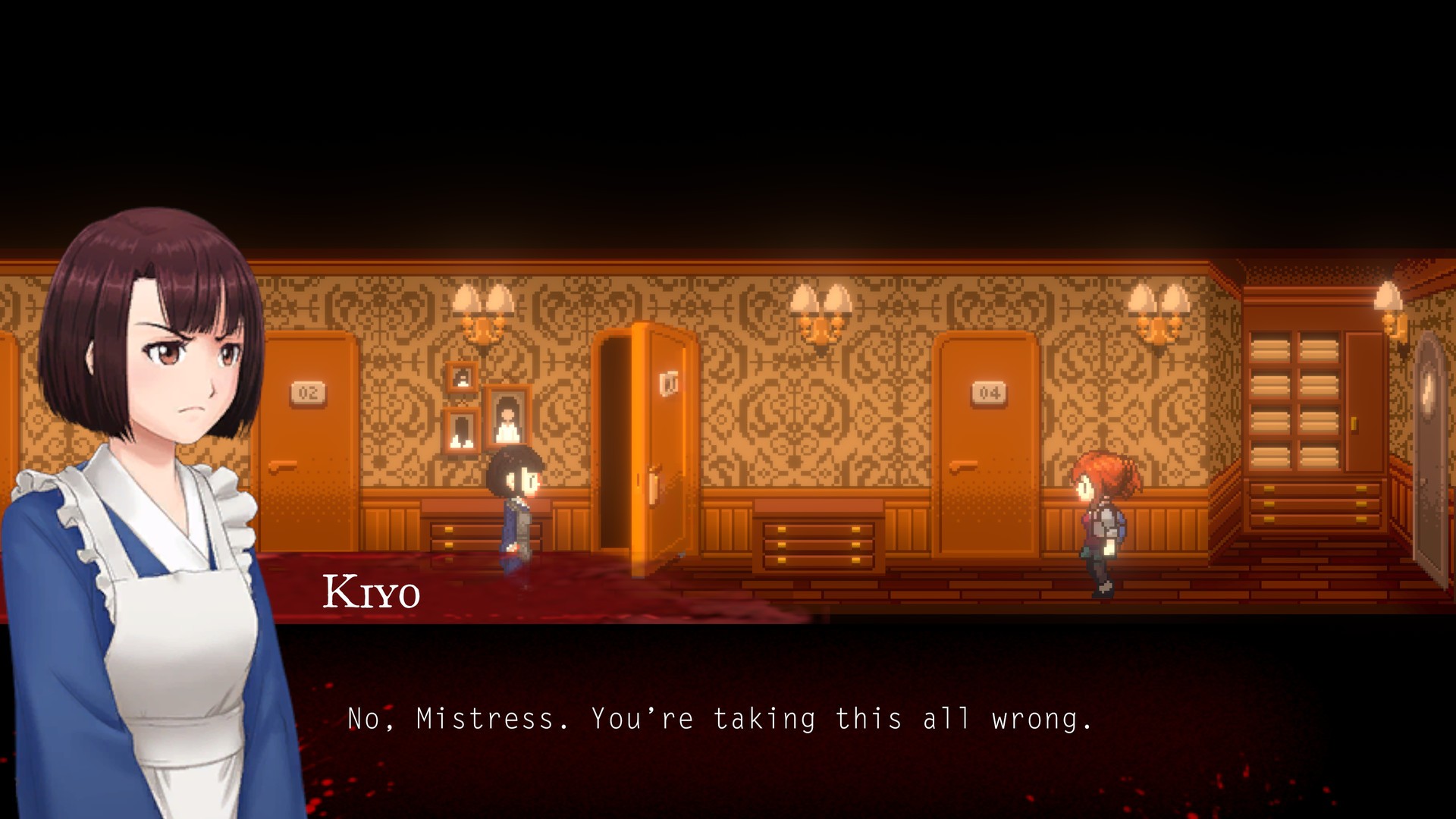 The graphic is gorgeous in Re:Turn — One Way Trip and made me feel nostalgic. I love the pixelated style and the CGs stood out to me. This game works with animations during these parts, which made the whole game feel so lively. Besides that, I loved the sprites of each character as each has different facial expressions. The only downside here is that the sprites and CGs have a low resolution so when I set the game to 4k the gameplay part looks pretty, but the drawn images, on the other hand, were noticeably blurry.

I truly love what Re:Turn — One Way Trip offers so far and cannot wait to play the rest of the game. This game builds up such a great atmosphere that made me feel on edge the whole time while it does not rely on jump scares. Honestly, I felt disappointed when the demo was over as I had so much fun during the playthrough and am really curious how the plot will turn out. That being said, Re:Turn — One Way Trip is definitely worth checking out if you’re into indie horror games, and I need more games like this one in my life.