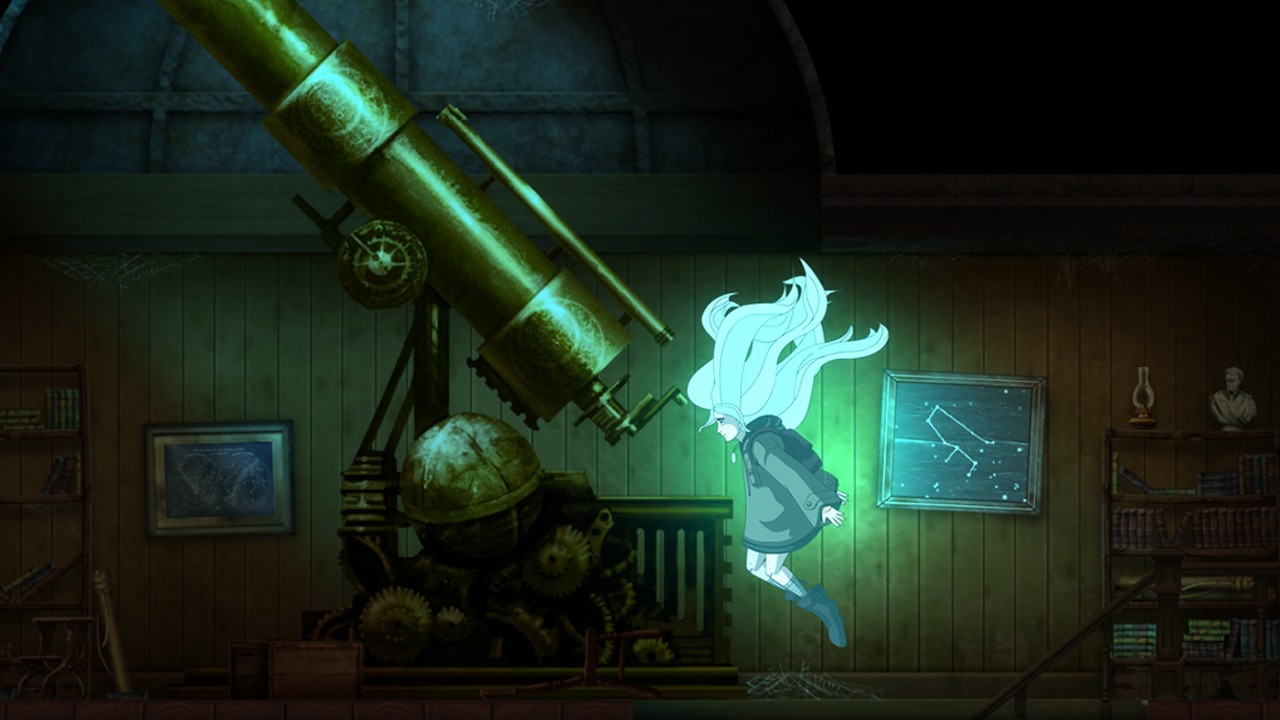 So most people don’t think about playing horror games at Christmas time, unless you’re Tim Burton I guess. But still, Whispering Willows by Night Light Interactive gave me an opportunity to visit a game that has been around since 2014. First off, let me point out that this isn’t a horror game in the vein of Silent Hills, Resident Evil or even Five Nights at Freddy’s. There are few incidences where you will be truly scared, but that doesn’t mean there isn’t an atmosphere. But more on that later.

The basic premise is you play as Elena, who’s father took a job at the local decrepit mansion (and without any formal interview process…) and subsequently has gone missing. With the usual lack of local police involvement, it is up to Elena to uncover the mystery. Rushing out the door she grabs her father’s coat and sets off.

Whispering Willow’s gimmick is in Elena’s ability to astral project. This allows her to uncover clues and solve puzzles using her supernatural powers, however, lurking in the shadows are malevolent spirits that accompany the various spirits wanting your help or assistance to enable them to move on and achieve closure. 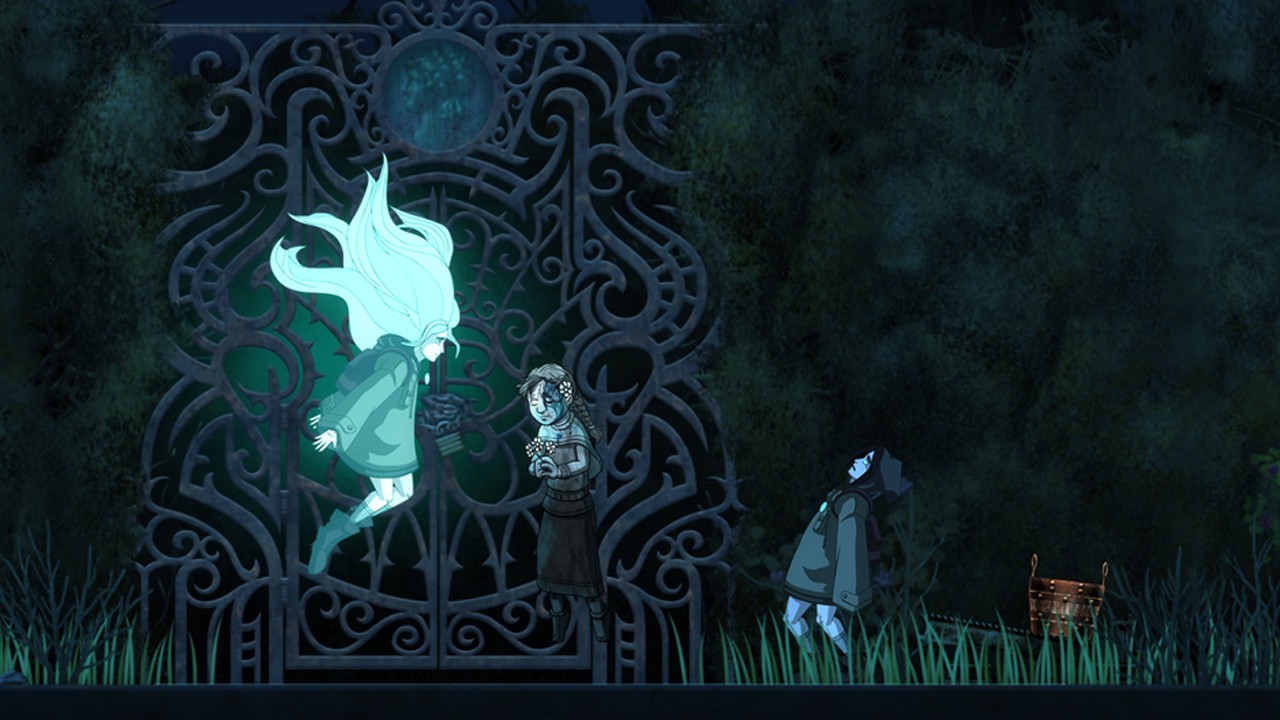 Game play wise, the game is a simple 2D puzzle platform format, Elena traverses the mansion and its grounds, finding items to fulfil requests set to her from the resident spirits. This opens up further areas for exploration and further tasks to perform.  The main story and exposition comes from uncovering letters and scrolls in the rooms you enter. This means some parts of the story can become missing until you find the relevant scroll, but all of the uncovered story can be read back at any point in the main menu. This allows you to piece together a story full of intrigue that also helps to breathe life into otherwise shallow NPCs.

The puzzle elements aren’t too challenging and usually involved going into spectral form and entering another room or moving a piece of furniture. At times you are required to find items, or move switches which open up other parts of the mansion for you. However, if you’re looking for difficulty on a part with the portal series, you won’t find it here.

Finally, there are enemies in the game to slow your progress, but Elena doesn’t have any weapons to defend herself, resulting in insta-kill situations. This adds an element of stealth and timing to some situations if you are to survive and progress within the mansion. All of this adds to a game time of around 2.5 hours, it took me just over 3 hours but I always feel I take longer to play a game when reviewing. 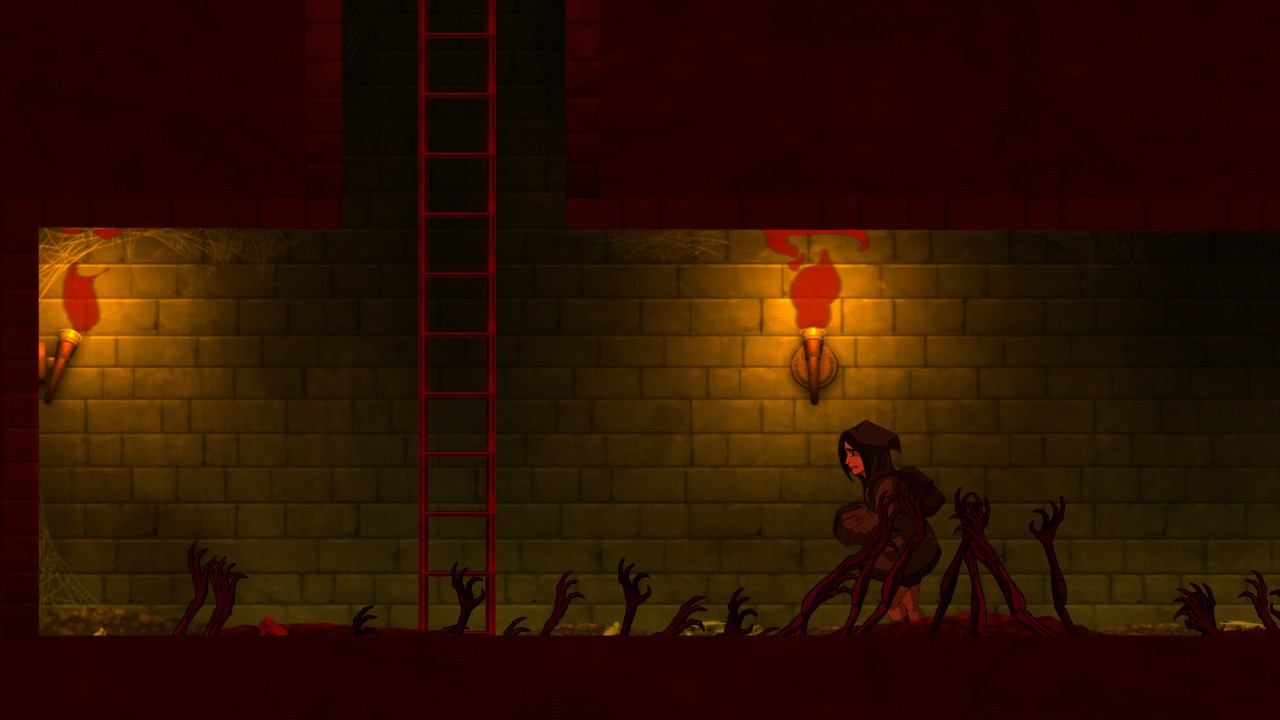 Artistically, the game plays a beautiful cartoon art style on a background that has had attention to detail at the forefront. The rooms in the game show the dilapidation of the property, with peeling paint and wallpaper, broken furniture and crates and cobwebs everywhere. But what shines through is the level of detail in portraying the period in which the mansion was built which the team have done well to convey. From the detail in candlesticks to the random placement of wine bottles in the cellar, it is clear that assets were reproduced sparingly and that this was an area the team worked hard on.

Accompanying this is a score that adds to the ambience mentioned at the beginning. Most of the horror elements come from the creepy sense you get whilst exploring and the soundtrack plays into this to great effect. The game uses a combination of changing volume and sound effects to ensure the player is regularly reminded of the creepy nature of their quest alongside the ethereal soundtracks that change with each location for the most part. There are some repeated elements but on the whole the musical direction the game has taken ensures that the player is immersed in the environment fully.

On the whole I enjoyed playing the game, but whilst reflecting on it before writing the review, there were a few points that needed considering. The game is relatively short and easy, which makes it ideal for someone wanting a quick game to play on a trip perhaps or a game where there is a lot of reward for minimal effort, but ultimately I felt i would have liked to be challenged a little bit more. The story is what grips the player to continue, although meeting the first ghost gives some clues as to some of the underlying plot. All of these are essentially great elements to gaming. A good story, challenge, reward and immersion are all elements that make a game enjoyable, but the issue here is that each aspect is diluted. The general feeling I had on reflection is that it just needed more in almost every area. More depth to characters, more challenge to puzzles. Even down to the movement of Elena herself, who doesn’t run when inside a building (clearly her parents taught her well) just made travelling back and forth feel a little tedious at times. But again, I still enjoyed playing this.

Whispering Willow is a fun, yet short horror puzzle platform. It combines a creepy soundtrack with an immersive plot as you traverse a dilapidated mansion to uncover the clues needed to rescue your father.