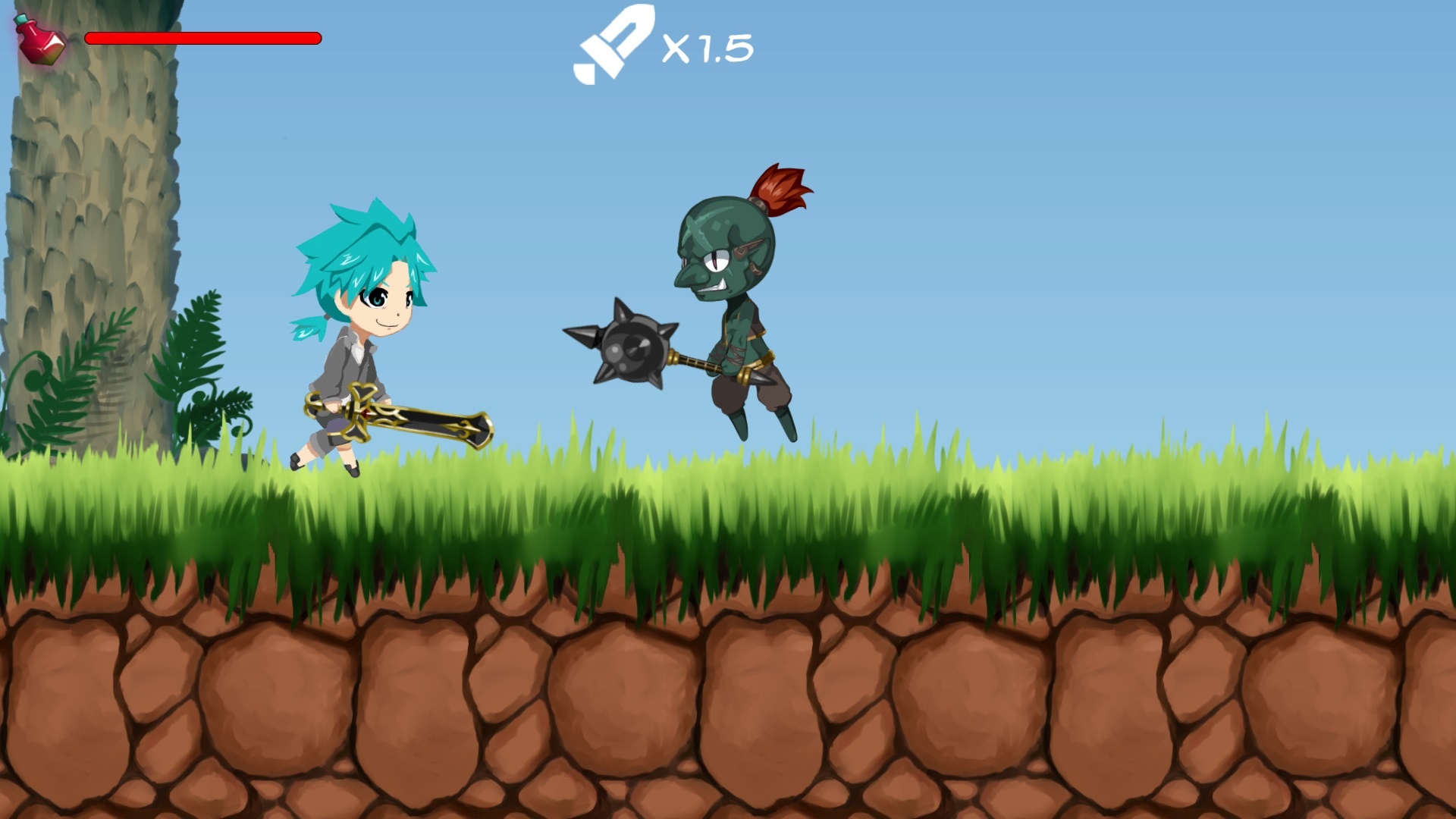 To call Little Adventure on the Prairie a video game is insulting to the wide variety of titles available for purchase on the market. It’s a cash grab with cheap assets, much like games on Steam with hundreds of silly achievements are, and it functions just well enough so that the player can complete it. It looks like it was drawn in Paint and was there any background music or did I just mash my way through in silence? I was so underwhelmed that I don’t even remember.
Little Adventure on the Prairie has you playing through a series of levels, each of which require you to walk forward and kill enemies. Move forward using the d-pad or joystick, and attack using square. Simple. Wielding the sword feels like waving a twig at a boulder: weightless and ineffective. It even makes a ‘fwip, fwip’ sound when you strike, not a clang or a this or literally any other heavy sound you could think of. Killing all of the enemies enables you to move onto the next stage and so on and so forth until you’ve completed the game.
30 minutes later. 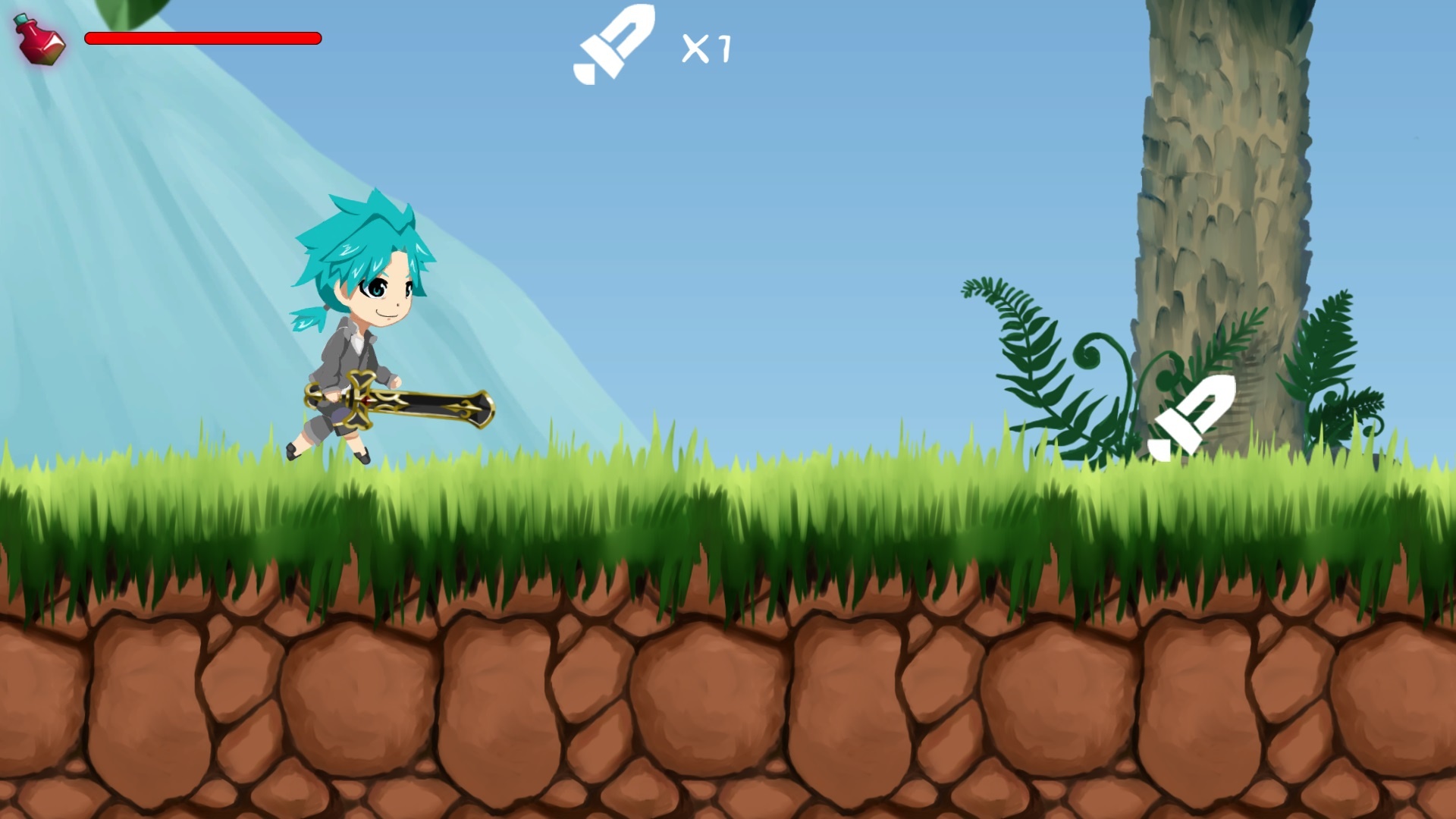 I kid you not: bugs willing you can complete this game in roughly half an hour. There’s about half a dozen enemy types, many of which are just re-colours of a base model, and you’ll see the same ones until you proceed to the next section. The game is divided into three sections each of which consists of four levels set in the same area with the same enemies–except they get a little harder to kill as you proceed. “Harder” is a very relative term, of course, because there’s nothing more to the game than to hit x and tilt the joystick to the right. There are pickups… Kind of. Again, that’s a very generous way to put it. Pickups come in two flavours: the sword gives you more attack power and the shield bulks up your defense– supposedly. It’s difficult to notice a difference when you’re slogging along.

Speaking of bugs, some of the more prominent (and somewhat game breaking) ones are:

Unregistered hit boxes, meaning you can be swinging away with your little toothpick sword and not damage the enemy while it kills you. Vice versa, jumping on top of an enemy makes it so that theirs don’t register and you can exploit this shoddy bit of programming to make this game even easier to finish.

a bug that resets your progress should you leave a stage without completing it or close the game. So don’t even consider quitting to the main menu when the above bug occurs. This could be considered a feature of the game, though I’m not sure why you’d want to punish your players like that, if only it happened every time and not just to an unlucky few. 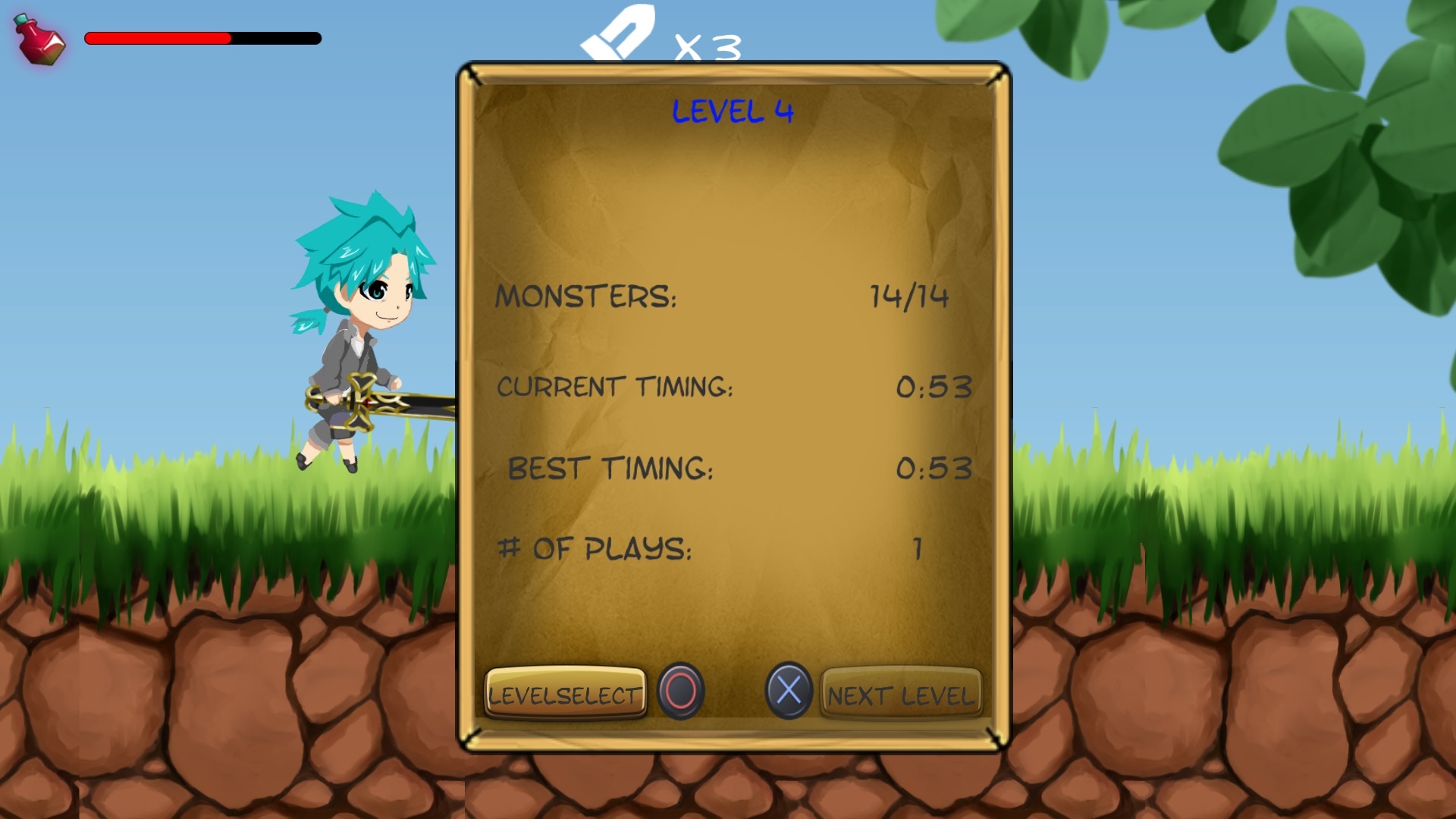 Falling through the stage. The reason I had to quit to the menu in the first place. The ground and wall textures are virtually the same, so I didn’t even realize I was free-falling through the level until I got stuck and  the character became unresponsive.

It’s mind-numbing at best and I can’t imagine anyone would ever buy this except to get the quick and dirty platinum. For those of you who are trophy hunters, this game even has two separate lists for PS4 and Vita, though you’ll have to pay for admission both times. Sadly, the game isn’t worth the 1.99 it’s asking for. In the time it took for you to read this review, you could have already finished a third of it.

You get what you pay for, I guess. Arguably, 1.99 isn’t asking for much, but I play video games because they’re fun and engaging–two things Little Adventure on the Prairie is not. I can say without exaggeration that this is the worst PS4/Vita title I’ve played to date.

Little Adventure on the Prairie Review

The only redeeming quality this “game” has is that it’s an easy way for trophy hunters to score a platinum.