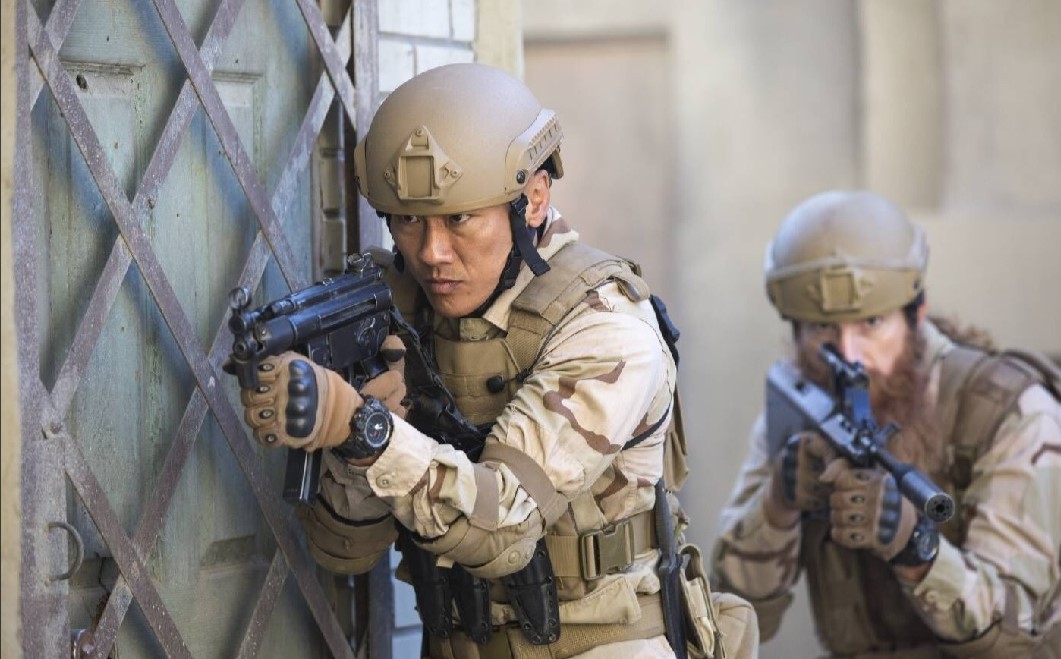 It’s always nice to do something different every once in a while. So, get this, instead of writing a video game review this time around, we’re covering a movie! In fact, we’re covering three movies; all them comprising a trilogy of war and action films under the Rogue Warfare banner. This particular review takes a look at the first film within the series, entitled Rogue Warfare, which has a UK rating of 15 and saw a digital release on a variety of platforms on the 10th February 2020.

Directed by Mike Gunther (Star Trek Beyond, Transformers: Age of Extinction) and distributed through Saban Films, Rogue Warfare looks at the tensions between the Western world and the Middle East and, in particular, the emergence of a new terrorist organisation from within Iran, known only as the Black Masks. Straight away, it’s easy to see where the inspirations for this setting have come from, with sweeping camera shots of desert landscapes and rolling mountain ranges, as well as the opening sequences of the Black Mask’s Supreme Leader (Essam Ferris. NCIS: New Orleans, Seal Team), recording a chilling message for the world and cold-heartedly executing those who aren’t willing to join his cause. 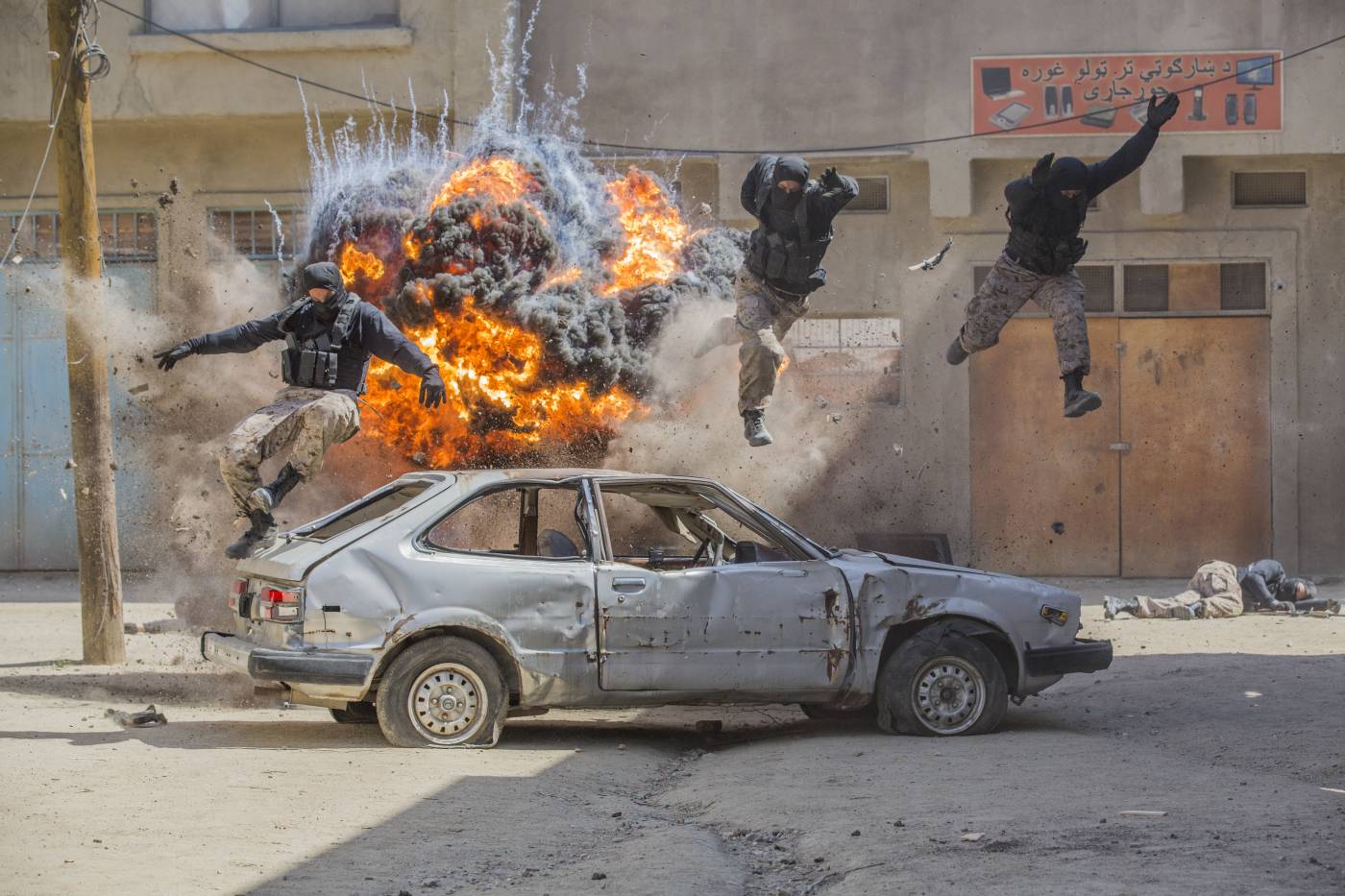 With the task group set up, each of the combatants are sent into potential hot-spots by the head of operations, Commander Brisco (Chris Mulkey. Cloverfield, 48 Hrs) following a series of intelligence reports on the whereabouts of the Black Mask’s leader. Although initially tasked with eliminating the leader through facial recognition, the group soon find themselves outnumbered, outgunned and under the cloud of a new threat from within the terrorist organisation; one that holds the fate of the world firmly within the sights of their rifles.

Filmed on location in California, the production team have done a good job of creating a very Middle Eastern feel to the backdrop of this movie. Remote villages, dust-ridden landscapes and tent-filled settlements are just of some of the set-pieces where the film takes place. Being primarily an action/war film, there are also plenty of gun-fights, covert operations and explosive scenes for any gung-ho armchair specialists. In terms of its overall story and action sequences, there’s a lot to enjoy here, but only if you’re willing to view the film for what it is. If you peek too closely though, you’ll easily spot a lot on inconsistencies that revolve around the operations of special forces units and some decidedly odd camera views.

For the most part, the actors do a great job of delivering their scripts, with Daniel trying hard to keep the group together and take the lead, Ralph and James coming to loggerheads with their tactical indifferences and Galina providing support through the scopes of her deadly sniper rifle. However, the film fails to deliver a backstory for each of the combatants involved. A few one-liners or cameos do try and introduce a personal feel for each of the soldiers, but it often fails and produces a cast that you fail to engage with or even care about; whether they live or die. However, the overall presentation of direction and cinematography can also produce a very sub-par production; one that reminded me somewhat of the old FMV video games of the early nineties. The same can also be applied to some of the camera shots within the film, with the majority of them adding an effective viewpoint to the scenery and action sequences. However, there were times I spotted a particularly shaky angle or a blurring in focus as the subject matter moved in and out of the frame. 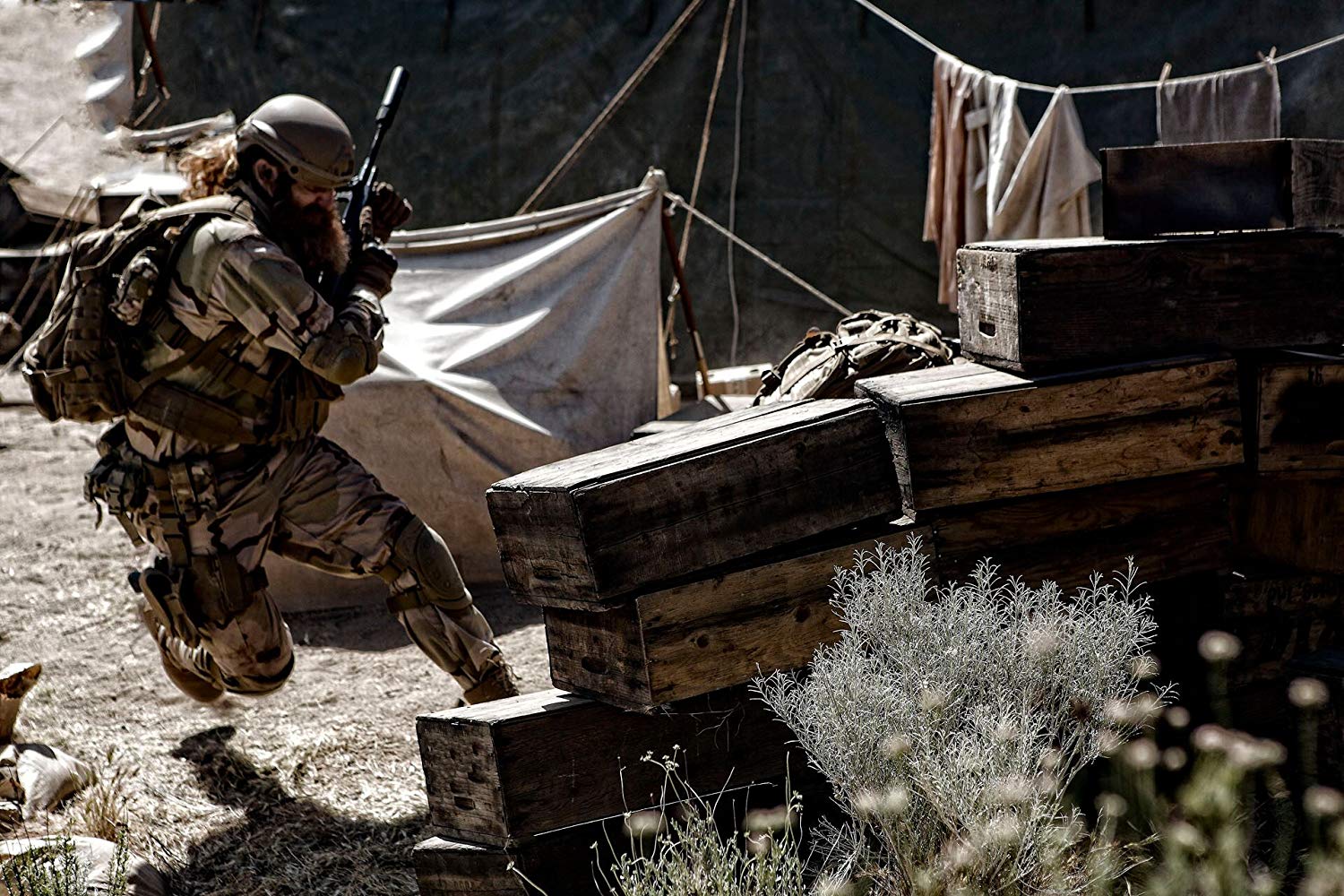 Despite some sub-par production values, Rogue Warrior is a very watchable film, but only for its entertainment values. If you’re looking for realism, then I’m afraid you’ll be sorely disappointed. It becomes very apparent, early on, that this was a film made without any input from a  military adviser. If this elite group of soldiers are the very best that the world can offer, then I’m afraid to say that there’s no hope for the world. Military tactics are largely redundant with the group often bunching together and standing out in the open, enemy units rushing from all angles to be simply gunned down and the group often arguing and talking loudly when infiltrating enemy locations. It makes for a very unrealistic feel to the movie and is something that does bring the film down in its portrayal of military tactics.

It’s biggest unforgiving though, comes in its inability to bring the viewer something new. Everything is simply by the book and there’s nothing within this film that hasn’t been done before. One liners that simply don’t have the desired effect, moments of tension that you know are going to be defused with one second left on the clock and action scenes that never really enthral or bring you anywhere near the edge of your seat. With so many things going for it, there’s also a lot that goes against it and in the overall context of this movie, its downfalls are often too many and too great to lift the film back up to where it could sit.

Overall, Rogue Warfare can be an enjoyable watch, but only if you can forgive its misforgivings. Despite some nice camera work and action sequences, too many inconsistencies in what it tries to convey does bring the overall experience down. A lack of military knowledge creates a production value that is more Call of Duty than Call of the Wild and in that respect, if you’re a fan of the COD video game franchise, then you’ll probably get the most out of this movie with its automatic rifle fire, explosive action and gratuitous helicopter extractions. If you’re looking for something more refined though, then this may an action film that you’ll visit once, but like most tours of duty, you won’t really want to return to it again.

A group of military elite from the US, Russia, UK, China and France join forces to fight an elite underground terrorist network in Rogue Warfare.