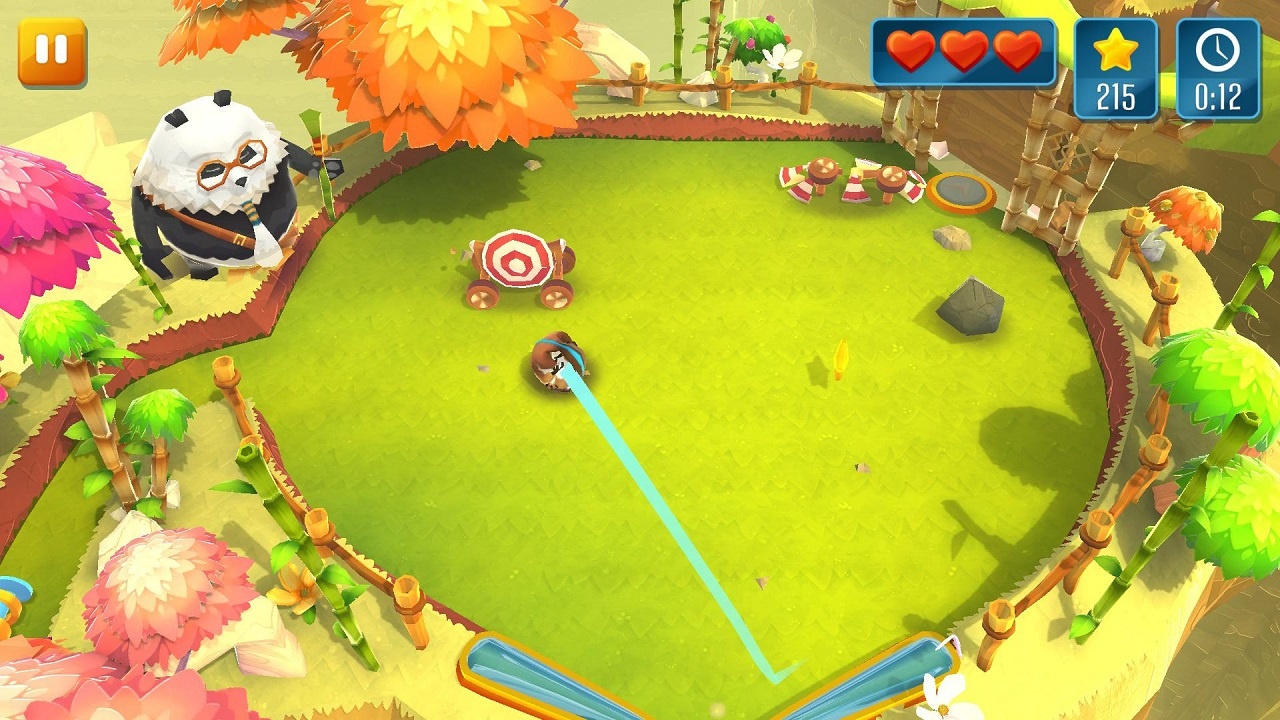 There are few animals in this world that are cuter than the momonga, or Japanese dwarf flying squirrel. Tiny balls of fluff with massive eyes, they sit in trees all year long, taunting human beings for not possessing the ability to fly or ever come close to being that cute. It’s like if anime decided to come to life and did a test run as the most adorable rodent of all time. It’s not hard to see why someone would want to make a game showcasing these little guys, though I still question the vehicle that is pinball. After all, pinball is a divided market of people who hate it, people who adore it, and people who take it way too seriously and ended up making all the table releases on the Switch grind to a halt. So I suppose I should be grateful for any form of pinball game, though I’m still on the fence about Momonga Pinball Adventures.

Momonga Pinball Adventures is about a young squirrel who is the sole survivor of an owl attack on his village. Found and nursed back to health by a kind panda bear, Momo (as he is called) must master the art of the pinball foundation in order to get back to his village and avenge his fallen friends and family. The journey ahead for Momo is a tricky one, neither straight nor easy, but he has the will and the want to do well. To be perfectly honest, these plot points are dark as hell and kind of a straight contrast to the cute graphics and premise of the game, but I understand why, and, to be honest, it’s refreshing to have a pinball game with a purpose. It’s been a long time, and that’s what Momonga Pinball Adventures is here to present. 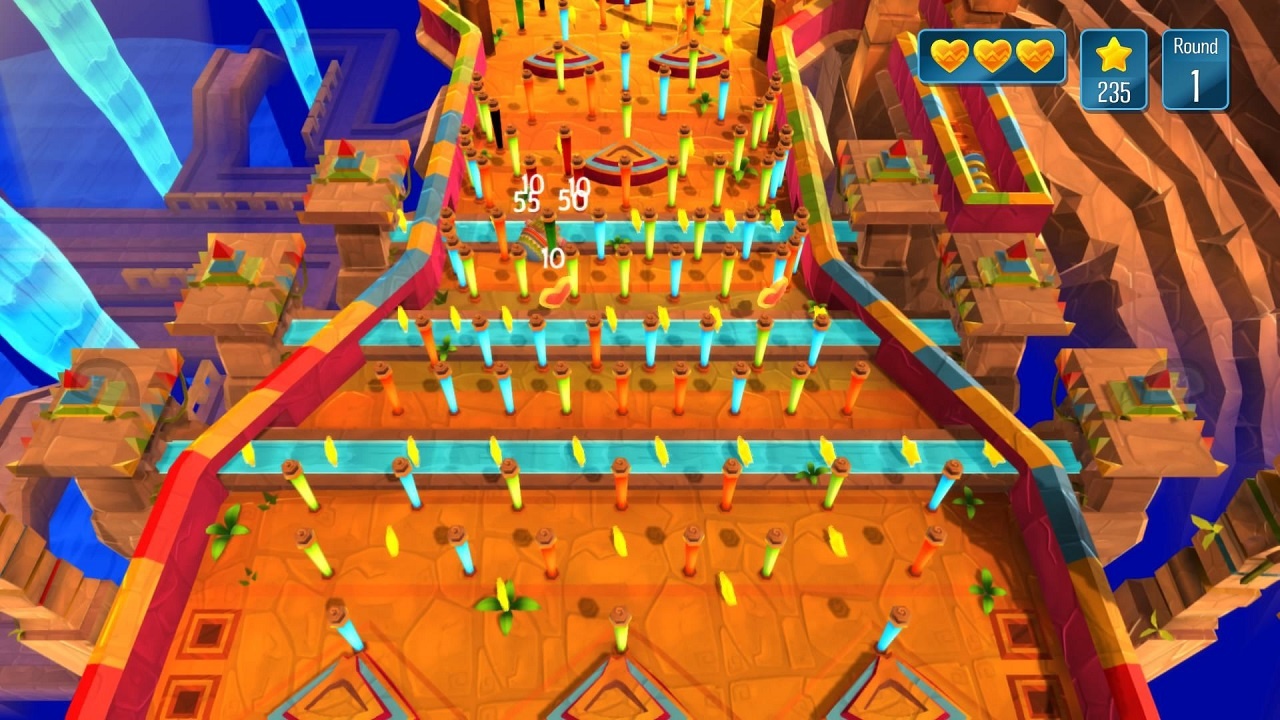 Divided across a series of levels, Momo’s primary objective is to simply finish the level. This is done by knocking out targets, activating levels, and, on occasion, defeating bosses and minor opponents through the careful art of pinball. Momo seems to have no problem curling up into a ball and getting flippered around in an attempt to gather up gold stars, break rocks and unlock temple doors. Each “room” of the level will have anywhere from two to four flippers, targets, and an objective that’ll activate a launcher that sends you to the next room, until you eventually reach the end of the level.

Parts of Momonga Pinball Adventure remind me of the less-than-popular Mario Pinball for the gameboy advance, and I say that with extreme fondness. Pinball with purpose is a difficult genre to pull off, but it works and really makes things better in the long run. Great games like Metroid Pinball and the legendary Sonic Spinball also share this esteemed title, so Momonga developers Paladin Studios should be incredibly proud. And it really does work: your initial objective is to simply make it to the end of the stage, which is never an easy task. There’s plenty of places to bounce off wrong, hazards present themselves in the not-too-distant future, and getting a “drain” (missing the flippers and dropping) means losing a life, so at least there’s incentive. Best of all, nearly every stage after the establishing ones has moments of flying, where Momo showcases his gliding abilities and grabs stars/avoids death, which is great to break up the gameplay a bit. It’s clever, and I like the way it’s executed.

Additionally, the additional scenarios for each stage are often very hard, but create immense replay value in the game. Obviously there are ones like getting a certain number of stars, but then there’s the occasional “break everything in the level” or “finish in under 120 seconds” which is a damn nightmare to do initially. And there’s the ever important star ranking system, which is based off of remaining lives, overall points, collected stars and time. In terms of getting your attention and keeping it, Momonga Pinball is a perfectionist’s dream and terror, as every level has about five or six different objectives that you must master, in order, to get it fully checked off. Again, if you’re enjoying the game, there’s so much here to drink in and keep. 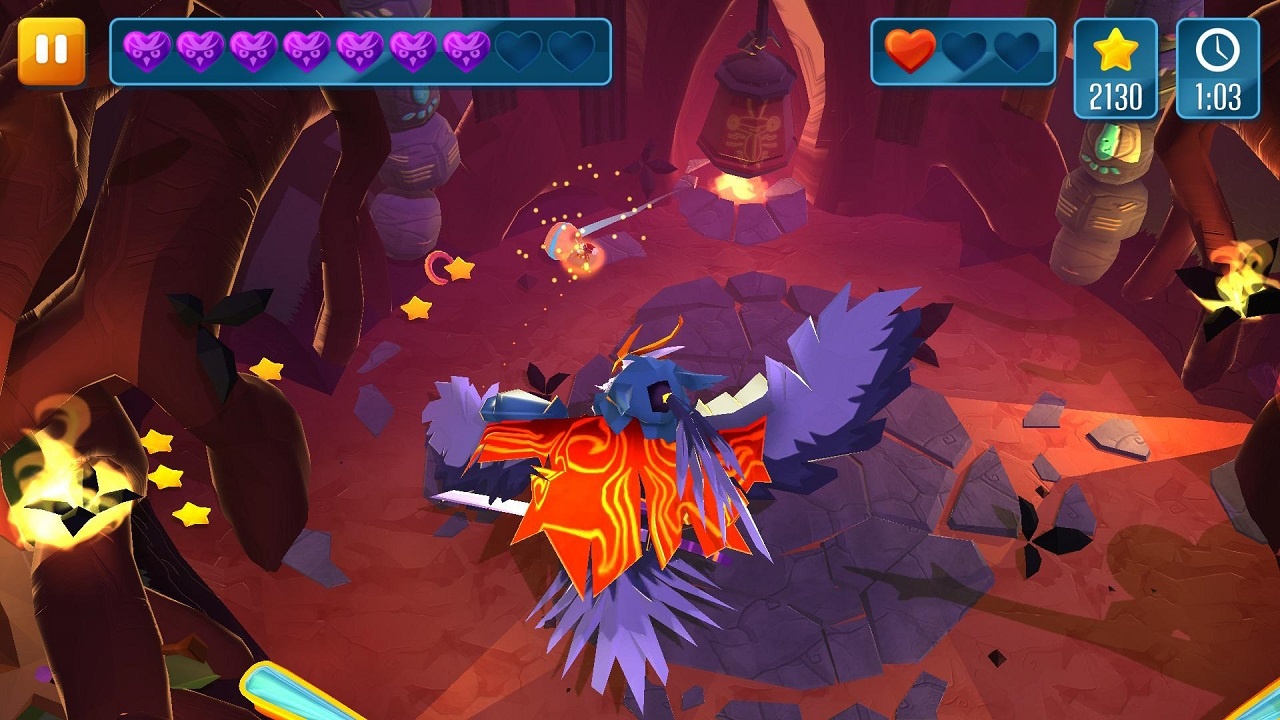 The game handles well enough on the Switch, but I don’t think I’m out of line to say that I wish it handled better, especially after being around as long as it has been. Momonga Pinball Adventures has been in existence for years, already receiving a WiiU port in the past. At that time, the game ran well enough, but it felt a little loose and sluggish in moments, especially when the camera pans around and basically focuses on anything than the regular tilted angle view of the board. The Switch is…well, really more of the same. Things run good enough, but it gets frustrating to know there’s going to be a micro delay when you swing the flipper. It’s also annoying when “cut scenes” before and after some events feel like they’re being streamed to the game live from a slower internet connection, because I paid for my fiber optic and demand quality as such. But no, it’s not streaming: it just renders badly at times. It’s not something that directly affects gameplay, but it does affect my opinion of the game overall. PlugIn Digital could have done a bit more to get it polished up for the Switch.

The appeal is definitely there. Momonga Pinball Adventures is perfectly cute and bubbly, despite a dark storyline (in my opinion). There is a lot to this game, and trying to accomplish all the tasks set before you will guarantee hours upon hours of gameplay therein. In terms of adventure pinball, it’s really good, and I definitely hold a spot for it in my heart. As a game, however, there are just some flaws that I can’t understand. The delayed play. The insane difficulty curve for timed missions. I understand the game is only seven dollars (and will probably be on sale in a couple of months at half that), but why should a game be treated like it’s price tag? With a little polish and finesse in the porting, this could have been a seriously awesome game to have on the Switch. As Momonga Pinball Adventures stands now, it’s simply “okay.” Get it if you love the concept and the style, but don’t be prepared for a blockbuster scenario.

A cute little distraction, Momonga Pinball Adventures has plenty of bang for the buck, but may not keep your attention for longer than the squirrel flies.