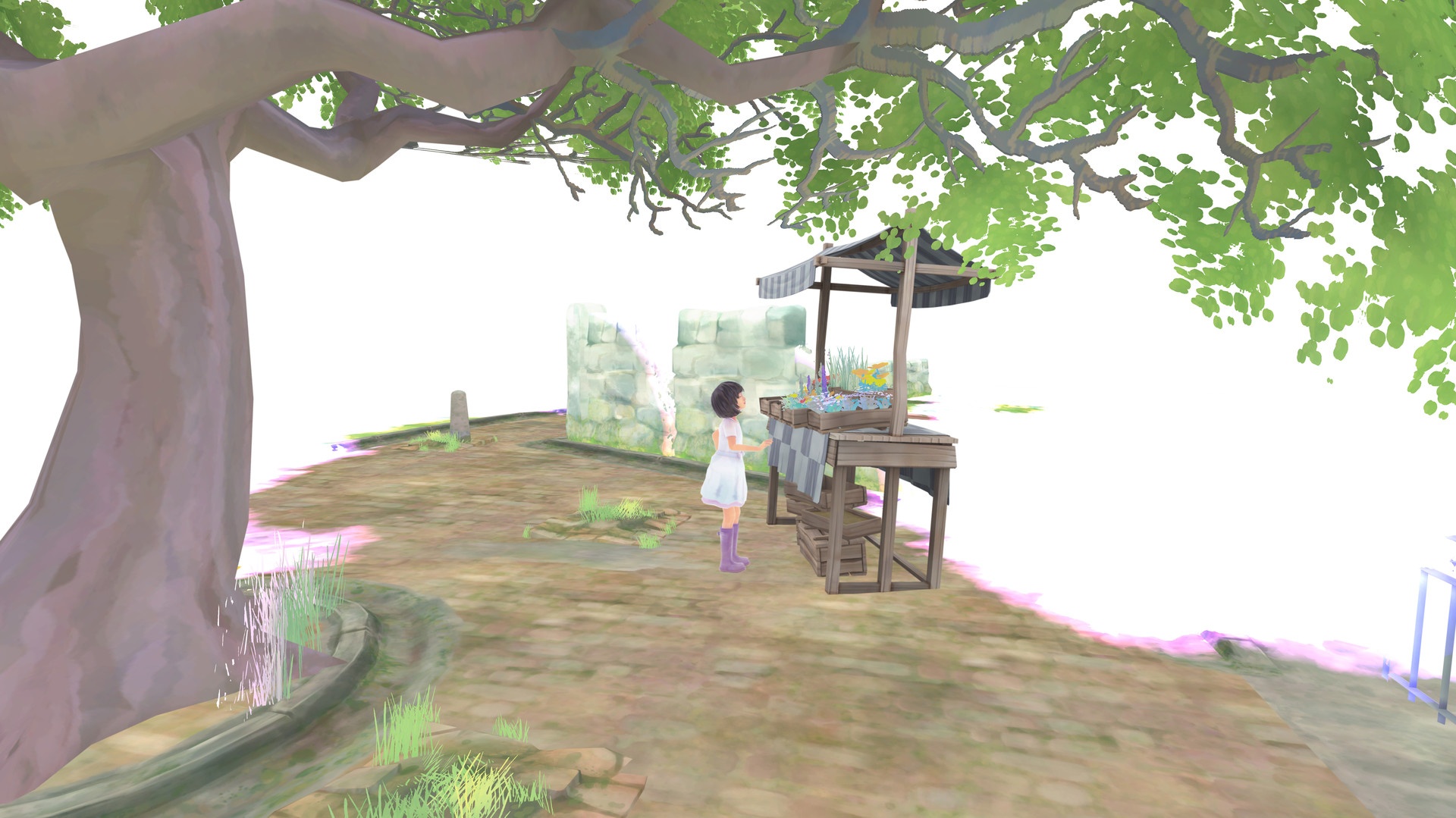 Beyond Eyes is a very tricky game to review. On the one hand, it’s an artistically ambitious video game that takes a very interesting approach to a very serious disability, one that doesn’t hide from the hardships that might come from blindness but equally, an experience that doesn’t get unduly bogged down by it either.

It’s gorgeous to look at and is undoubtedly a fantastic interpretation of something that, on paper at least, shouldn’t have been possible in a video game. Whether it’s an accurate representation of blindness is both impossible to know and largely irrelevant as, Beyond Eyes ultimately paints a beautiful picture of what life might be like without what most of us would consider to be our primary sense. As fantastic as all that might sound though, as artistically gorgeous and thematically brave as this game might be, there is still no getting around the fact that mechanically, this is a game about walking……walking very slowly. 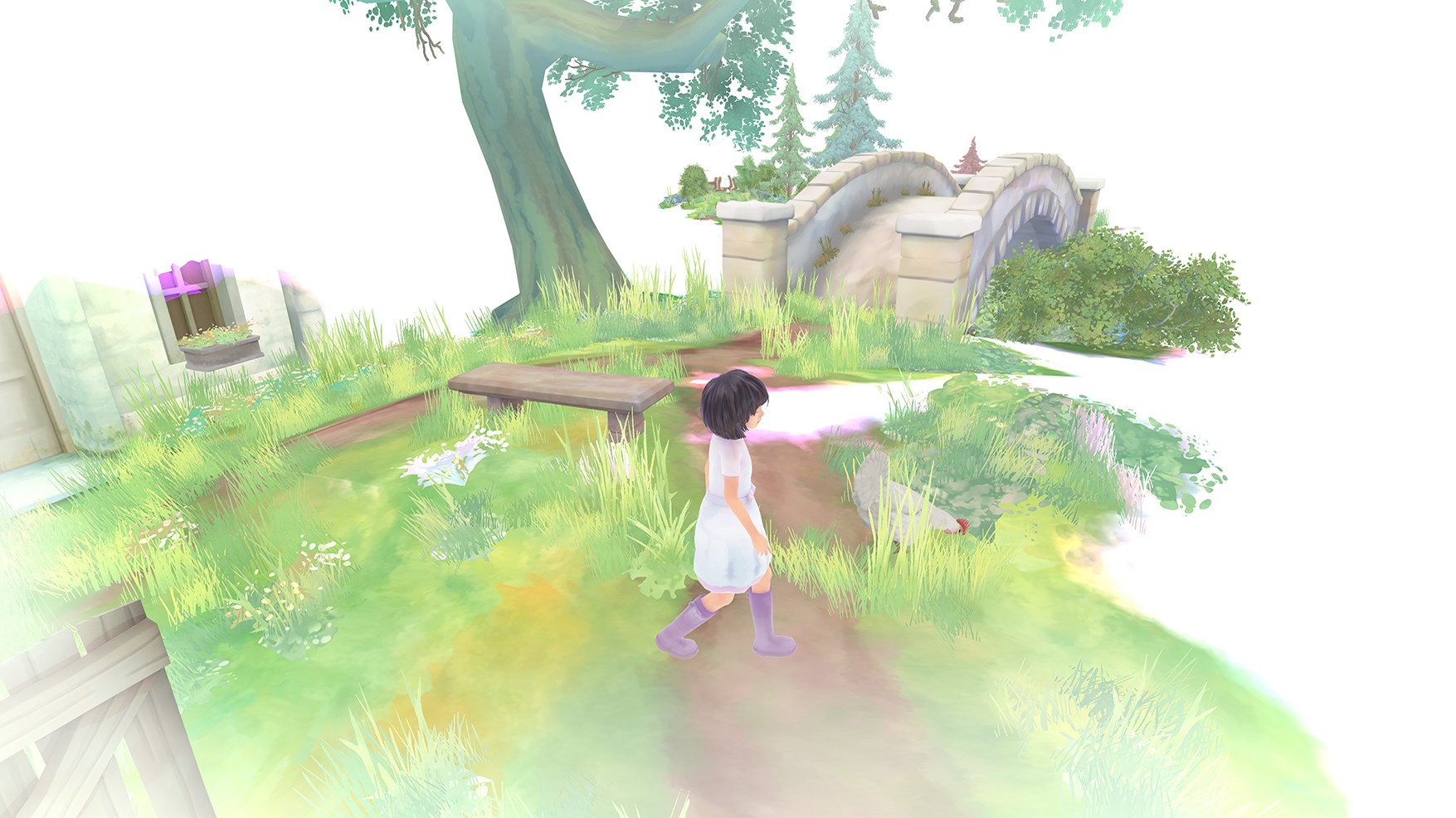 Those who can separate the mechanics from the experience and enjoy Beyond Eyes for its beautiful, water coloured visual design, its simplistic but effective storytelling and its overall ambition to put us in a world that the vast majority of us can’t truly comprehend (walking around with your eyes closed for a bit doesn’t really count) will find a video game quite unlike any other, one that puts the visual establishment of non-visual senses above all else; a game that forgoes fundamental mechanics in an attempt to purify your experience by boiling down the mechanics to the most simplistic of gestures. You always feel in control of your character, but equally, your inability to interact with the majority of the world does create a link to your character that builds the concept of powerlessness with the few moments of interaction subsequently used to create fleeting moments of empowerment for a young girl going well beyond her natural comfort zone.

For many, the limited mechanics will not be an issue – they will see Beyond Eyes as an interactive storybook, a world that you colour through movement and a story that unfolds naturally as your progress. For others though, it will be a game in which you, well, walk incredibly slowly – a pretty game (there is no arguing that), but one that you have very little effect on. For those who are not won over by its deliberate pace and sparse storytelling, Beyond Eyes’ limited running time (it won’t take you longer than a few hours to finish) will feel like an absolute slog. Movement isn’t just slow – it’s also rather cumbersome, and with the majority of the world only revealing itself as you come into contact with it, this inevitably leads to a great deal of unwieldy backtracking. Of course, it doesn’t help that the dainty protagonist, Rea, controls like a panzer tank, thus ensuring that even the most basic of commands can lead to infuriating dead ends and awkward changes in direction.

I would argue that the frustration of coming face-to-face with a wall and having to slowly backtrack your way toward to the path of progression is all part of the experience (although I do appreciate that not everyone will see it that way). Walking a path only to find out at the very last moment that you have essentially walked into a brick wall or a row of trees can help to convey the frustration that Rea experiences as she interacts with the world around her, but equally, I will admit that Beyond Eyes doesn’t do a good enough job of conveying this frustration to the gamer in a meaningful way. The animations are just too limited and the interactions far too clumsy. If Rea moved a little more naturally and had a more physical interaction with the world around her, then these moments would probably be easier to accept, but unless you are totally on board with the experience, these kind of interactions will most likely prove largely infuriating. When movement is the only really mechanic that the game has to offer, it’s totally reasonable to be disappointed when it feels as awkward and lumbering as it does here. 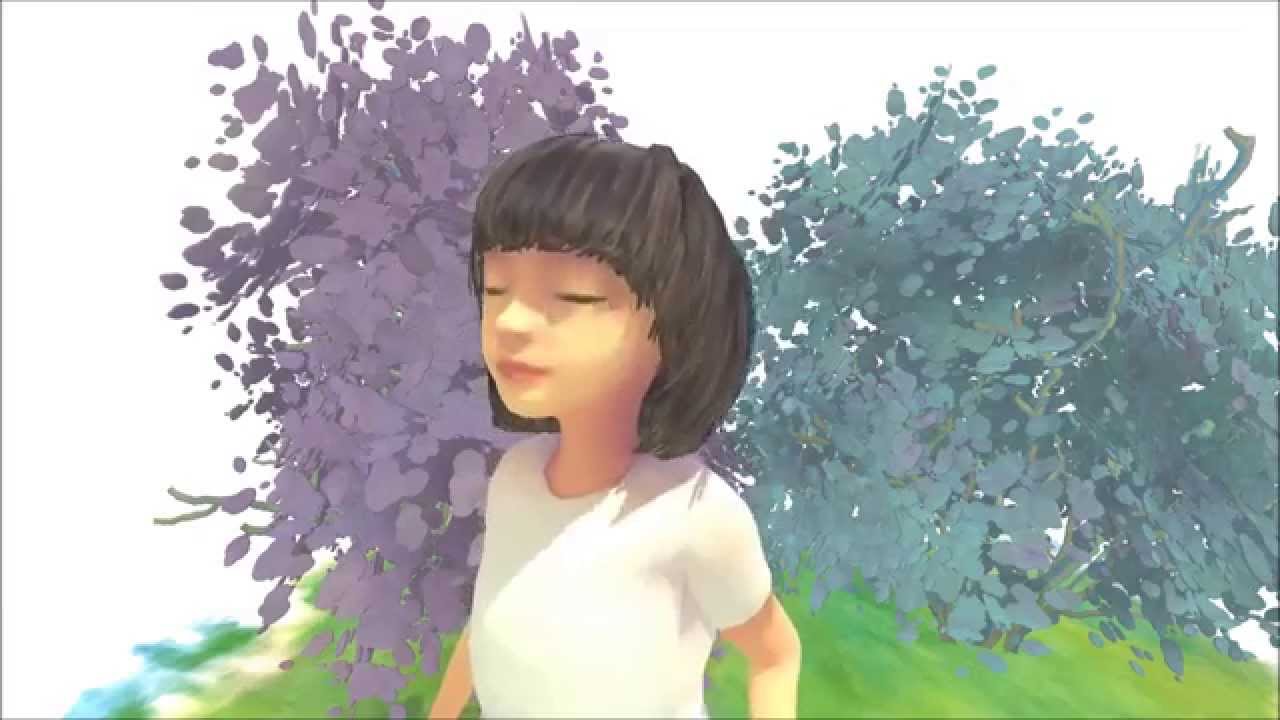 The fact is, Beyond Eyes will most likely turn in to one of those classic marmite games that will be loved and hated in almost equal measure. Personally, I found the concept so beguiling that I was able to overlook its flaws and limitations. It is a gentle journey, one that you almost meander through on your way to its surprisingly affecting finale. I enjoyed the sparse storytelling and absolutely loved the unique art style that paints the world in gorgeous water colour as your senses of smell, sound and touch bring the world to life around you.

Yes, the limited gameplay mechanics are a bit clunky, and there is no getting around the fact that there is very little in the way of traditional interaction, but despite these shortcomings, I was completely won over by its charm and incredibly unique approach to world building and visual design. Saying that, as much as I enjoyed Beyond Eyes, I totally understand that this game won’t click for everyone. This is a mechanically basic video game at best, and if the simplistic story and unique visuals don’t work for you, there is very little left to keep you entertained.