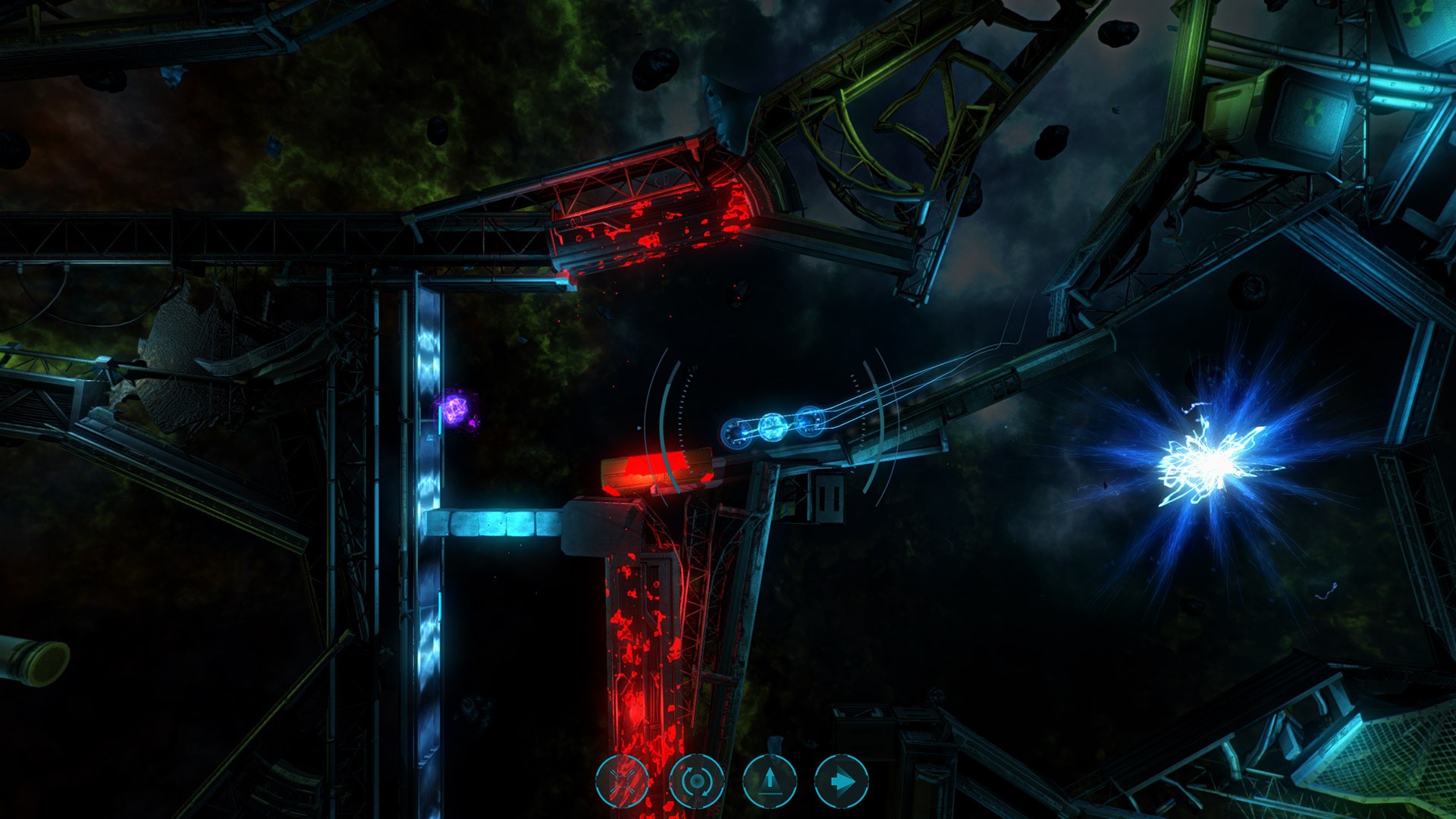 The famous saying goes, “if it ain’t broke, don’t fix it”. For some reason the dev’s at Rusty Bolt has either never heard of this or just completely ignored it. With absolutely baffling controls, awful level design and boring gameplay, there’s hard to talk about moments where I actually enjoyed my time with Revolve. Full disclosure, I didn’t finish the game but neither did the rest of the world.

So, what is Revolve? Well it’s, um, it’s something. I can’t really describe what kind of game Revolve is because the game itself is confused on what it wants to be. At first glance, I thought Revolve was going to be a Trials HD clone but set in space. It’s not that. Then I thought, “maybe it’s a puzzle game” but it’s not that either. I don’t really know what it is. You get from point A to point B with pretty standard obstacles standing in your way. In any other game, the obstacles that Revolve throws at you would be easy enough to get through. However, Revolve tries to stand out of the crowd by getting rid of traditional controls. By the developers own words, “you don’t control Reevo directly” (for those wondering, Reevo is essentially one of those toy cars you had as a kid that when you drive into a wall can flip over). You can’t actually move Reevo left or right, instead you use powers/abilities: boost forward, jump, brake and flip gravity. These powers are the only way to control Reevo, which would’ve been fine if you could use these powers/abilities without limitations. Sadly, this isn’t the case as you can only use two abilities before having to wait for a second or two for the bar to recharge. Whilst this doesn’t seem like a long time to wait, it was the cause of a lot of frustrating deaths, level restarts from getting stuck in spots and lots of awful swear words coming from yours truly.

What confuses me about the game, is that you get timed for completing the levels. Which usually means you try and complete the levels as fast as you can but with the recharge bar for your abilities, this makes this task so much more difficult. You have to try to keep momentum going and that’s hard to do unless you play the levels over and over again to learn the layout. However, the levels are such a chore to get through, that I can’t recommend this task. 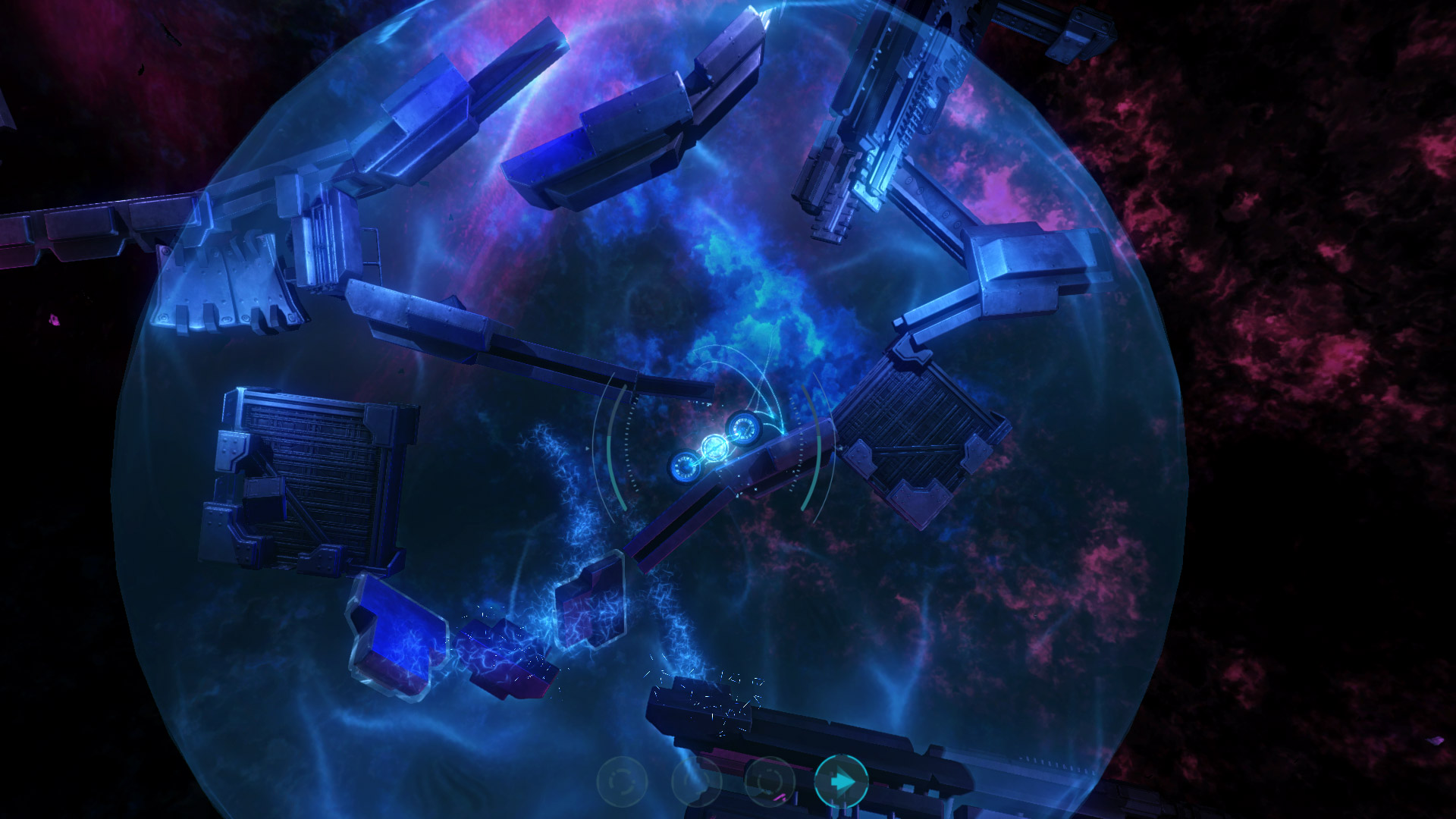 What hurts me the most is that there is potential for this game. I can see a better game here if they just change one thing: the controls. They’re so incredibly frustrating that I just couldn’t finish the game. It’s just not fun to play. If we could actually control Reevo and move left and right, I could’ve probably finished the game and possibly would’ve had nice words to say.

It’s not just the controls though. The level design is so lazy in later levels that it feels like the developers just gave up. The first chapter is fine, nothing made me go crazy and the levels felt varied as they were introducing each ability. The first chapter also only has ten levels which kept me motivated to complete it as the ending never felt too far away. Then chapter two happens and it all goes down the drain. This time we’re faced with twenty levels, which end up all feeling exactly the same. The way each level gets more difficult is literally just by adding more of the red platforms that insta-kill you. It feels cheap and lazy.

Just a warning about chapter one, my game completely crashed (twice) when I finished the last level. Then when I restarted the game and pressed, “continue”, it started me on chapter two and the trophy for completing chapter one didn’t unlock and I can no longer get it. 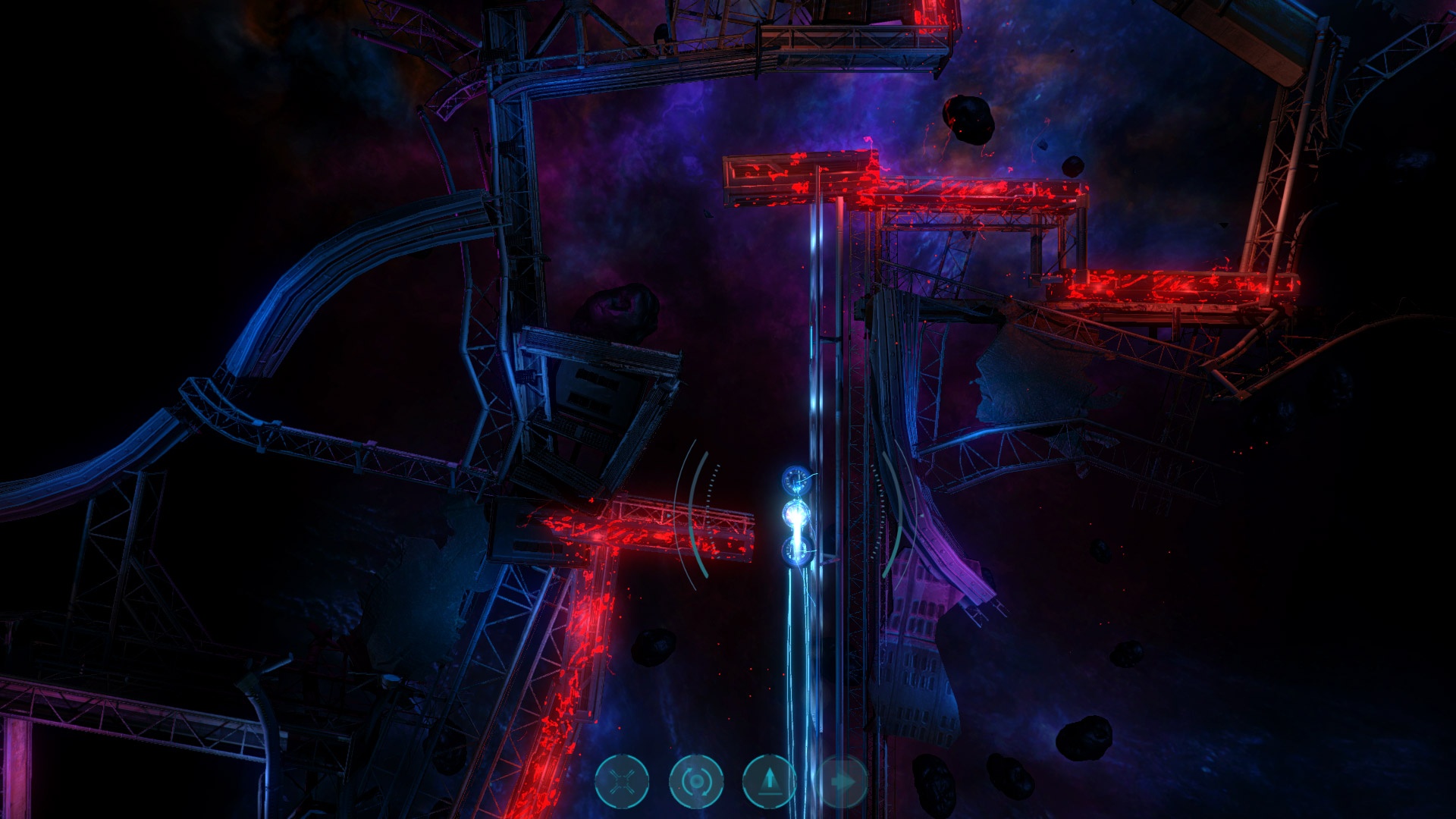 As for the story, well, there isn’t one. Not in the game at least. I’m not even sure if Rusty Bolt know what the story is as they’ve written two different synopses. With a quick search on their website you will find one story for the game being about, “a drone one wheels who’s trying to escape a dystopian sci-fi world” but if you snoop around a little more, you’ll find that Revolve could also be about, “Reevo, a drone on wheels and looking for his companion in a sci-fi world…”. So, which is it? Sure, this can be classed as nitpicking but the game makes no other effort on trying to tell a story and instead focuses on gameplay. Too bad the game isn’t fun to play.

It’s not all terrible and painful though. The game is pretty to look at and the music is fairly listenable even if a bit repetitive. Also, when you first get introduced to the gravity flipping ability, it is fun to use. I guess the game isn’t entirely broken either, it’s not completely full of bugs. So, well done? Sadly, that’s about it for the positives.

I can’t recommend this game. I really looked for ways where I could say, “it’s worth it for this reason” but there’s nothing. It’s a bog standard platformer that tries to do something different which results in the game being so difficult to play and misses what games are supposed to be, fun. Are there worse games out there? sure but given the fact that I just couldn’t finish it, the game crashing twice and the infuriating gameplay, I just can’t be positive about my experience.