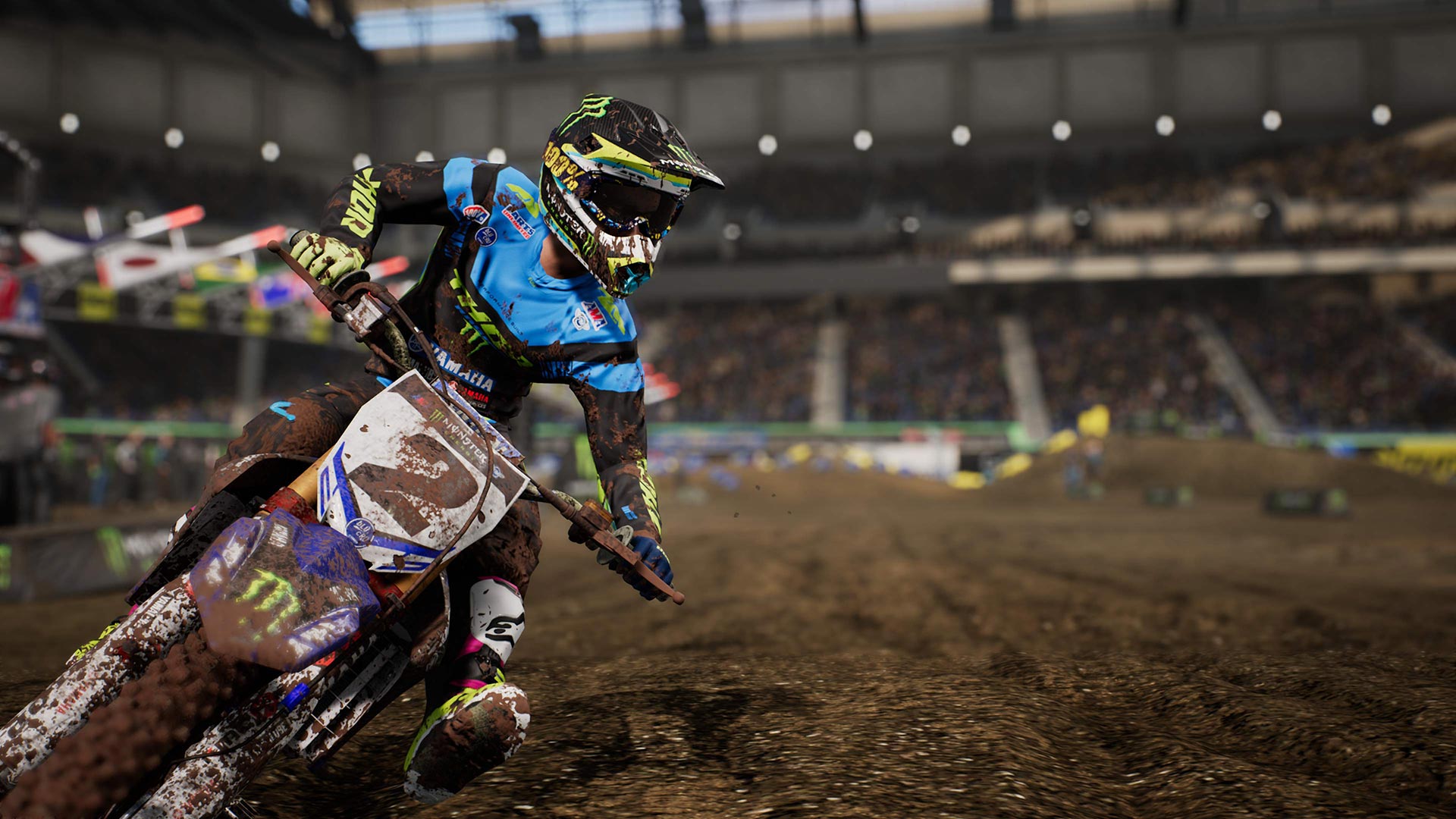 Milestone S.r.l. is one of the most active developers of the recent decade, as the Italian powerhouse, has been releasing at least two titles every, and at times as many as five. And while not all its products have been up to scratch, it has to be said that for the most part, Milestone has produced some decent titles over the years. As many fans of the racing genre, hold titles such as Superstar V8 Racing, and MXGP, in a very high regard. However, no matter how successful some of its titles were, they always lacked something, that final polish, that specific detail, which many top-end games, such as Dirt Rally possess. And while many still doubt the developer’s ability to this day, some were more than taken, by the recently released Monster Energy Supercross, which since its official announcement, looked like the very first complete, AAA title, that Milestone has ever produced.

Monster Energy Supercross, as the title suggests, is all about the Monster Energy AMA Supercross Championship, which takes place in the United States of America. And just like its real-life counterpart, the virtual embodiment of the sport, covers both Easter and Western 250 divisions, as well as the All-American 450 division. And the similarities don’t end there, as Monster Energy Supercross, also features all North American and Canadian tracks, as well as all the riders, and most importantly all the constructors. And all the fans of the sport will be more than happy to hear that all six manufacturers, Honda, Husqvarna, Kawasaki, Yamaha, KTM, and Suzuki, are all in the game. And to top it all off, all real-life parts manufacturers such as Brembo, are also in the game. As Monster Energy Supercross upgrades system, is as real as it gets.

When it comes to presentation of Monster Energy Supercross, it has to be said that it is of the highest standard. As all of its components are true to life, from sponsors, through helmet brands, all the way down to the bikes and tracks. And this gives the title a layer of realism which other titles of the motocross and supercross sub-genre, unfortunately lack. And those who see simple branding as a huge step in a right direction, will probably elated to hear that it goes beyond branding, as all in-game featured companies all have impact on gameplay, one way or another, as it was underlined above. And in all honesty, Monster Energy Supercross upgrades system, thanks to the inclusion of realism, outshines most modern racers – especially the recently released Need for Speed Payback. 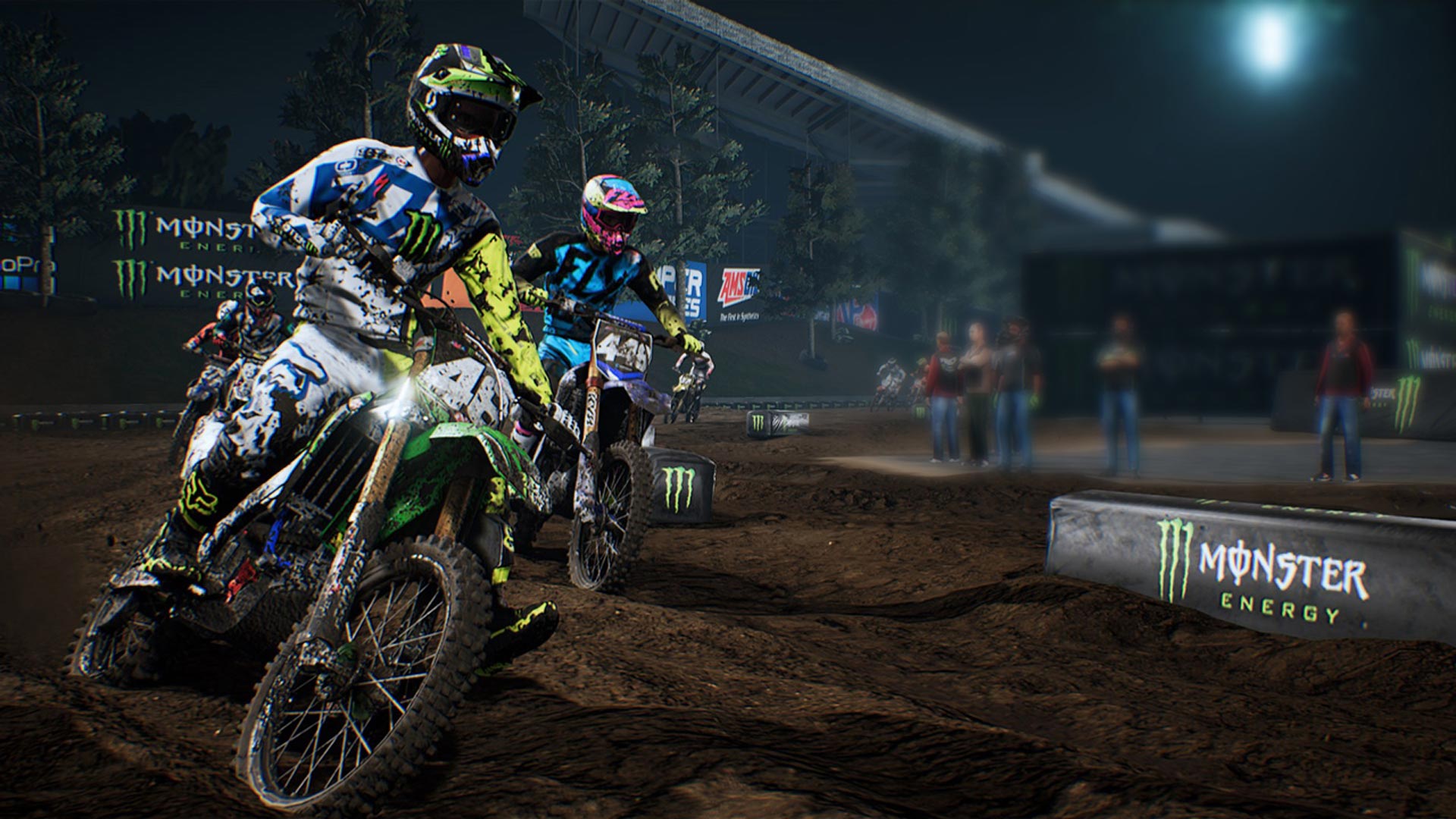 The elaborate, yet simplistic upgrade mechanics of Monster Energy Supercross, are superb as they allow one to immerse him/herself in the world of the North American Supercross, without having to study 20 hours before every play session. And Monster Energy Supercross excellence, goes miles beyond the upgrade system, as its true value lies within its incredible sense of speed, which fuel the punishing, and intense gameplay, which if further powered by the rather rabid, and incredibly thirsty AI.

Each and every single race in Monster Energy Supercross, feels like a challenge. As it keeps one on his/her toes, due to the incredible sense of speed which is created by the multitude of on-screen effects, as well as the punishing nature, of the physics heavy gameplay, which rewards those who take risks, and punishes those who hesitate to do so. If one decides to take the first bump at full speed, while tilting backwards, then he/she is likely to skip the next two or three, and in-turn overtake multiple opponents. But if one hesitates, and instead simply drives over the bump, he/she is likely to lose the entirety of one’s momentum, slow down to a crawl, and in-turn, be overtaken oneself.

Monster Energy Supercross races are both exciting, and thrilling. And each and every single stage, will fill one with pleasure and adrenaline, as Monster Energy Supercross is one of the very few genuinely fun games. And the elation which comes at the end of a race, can only be compared to an end of a Fortnite Battle Royale match, where one had to spend minutes in agony, in the final five, just to come out clutch, and win the game in a heated one vs one. And for the most part, Monster Energy Supercross races are just like that, as no matter how good one is, there will always be that one AI opponent, who will always be just half a second behind, patiently waiting for you to make a mistake.

At its core, Monster Energy Supercross, is simply superb. As its gameplay is second to none, and all its additional features, ultimately turn it into an immersive experience like no other. However, despite of all its AAA qualities, Monster Energy Supercross, also suffers from a plethora of AA issues, which has plagued Milestone’s titles for years, if not decades, at this point. And the one that stands out the most, is related to the fact that Monster Energy Supercross, simply lacks the final polish, and detail. And the lack of such, is especially jarring due to the title’s nature.  And while some could forgive Monster Energy Supercross missing particle effects, or mud physics – then it has to be said that such omissions are simply disappointing, as they make the title feel static, and in-turn inconsequential. 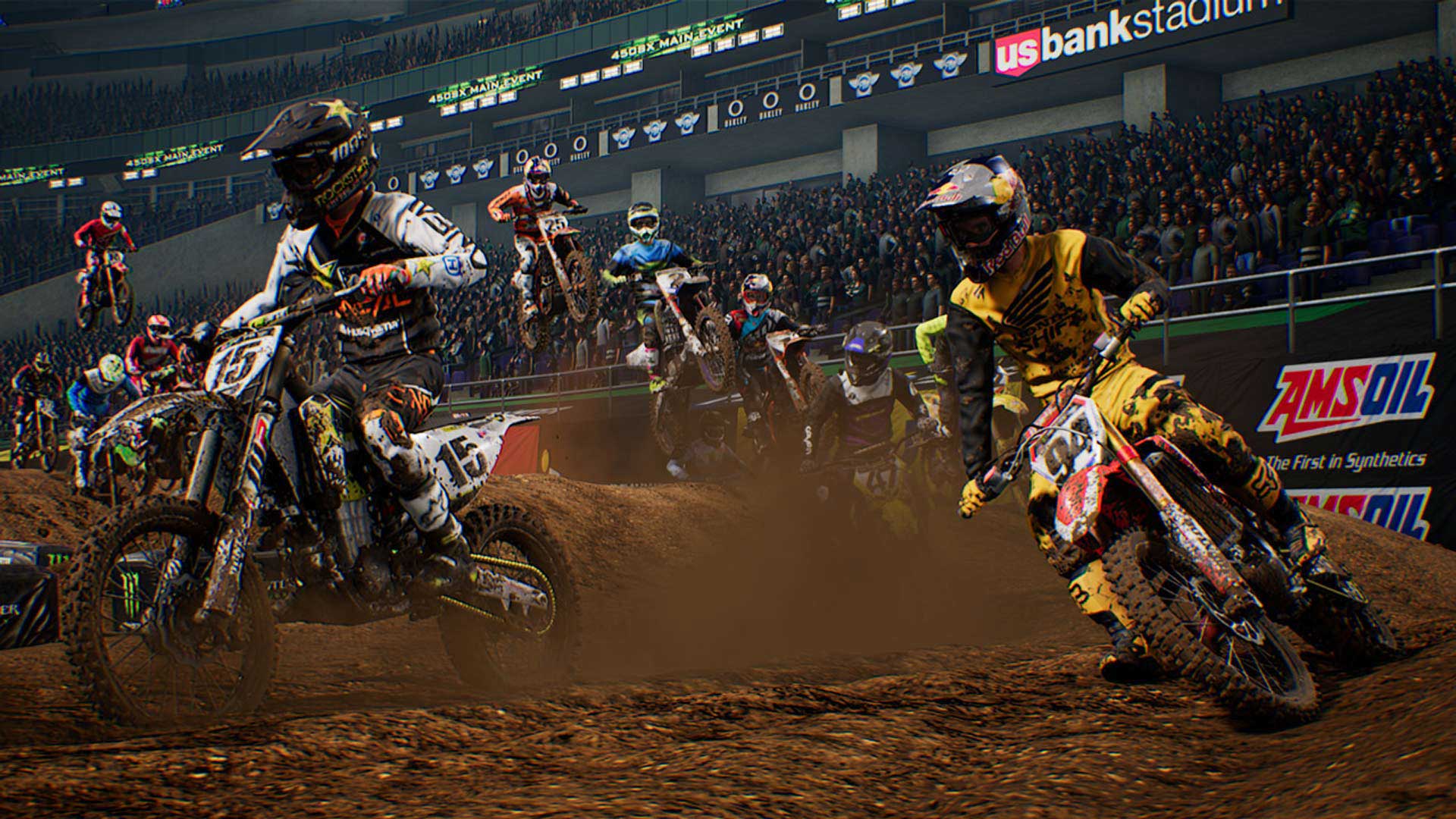 Throughout Monster Energy Supercross, one will race through mud, gravel, and dirt, and no matter how many times one power slides, drifts, of falls of the bike, he/she and the bike, will be perfectly clean. And what makes the matters worse, is the fact that during all of the abovementioned actions, the rear wheel, which powers the bike, does not interact with environment at all. And even if one drives through what seems like knee-deep mud, there will still be no particle effects, coming off of the rear wheel, or mud splashes on the screen. And such state of affairs, is simply disappointing.

If one doesn’t care one bit about the abovementioned graphical flaws, then he/she will have a grand time playing Monster Energy Supercross, as its core gameplay, and its emotionally rewarding nature, are second to none, and will satisfy even those who don’t favour the supercross subgenre of racing games. However, if you are in the market for a premium, AAA experience, with all the bells and whistles, then Monster Energy Supercross, is probably not for you. And if you have an eye for detail, then you should even more so, stray away from Milestone’s most recent outing.

Ultimately, all that has to be said about Monster Energy Supercross, is that it is what one would consider a AA.5 game. It has all the features which could elevate an otherwise stagnant AAA title, to a next level, but unfortunately, it lacks the level of detail, which the modern, rather unexciting AAA racers possess. And if Milestone were to create a title with a AAA budget, and a three-year development cycle, then the Italian developer could create something truly special. But for now, it seems like Monster Energy Supercross, is as good as it gets, and likely, as good as it will ever get.