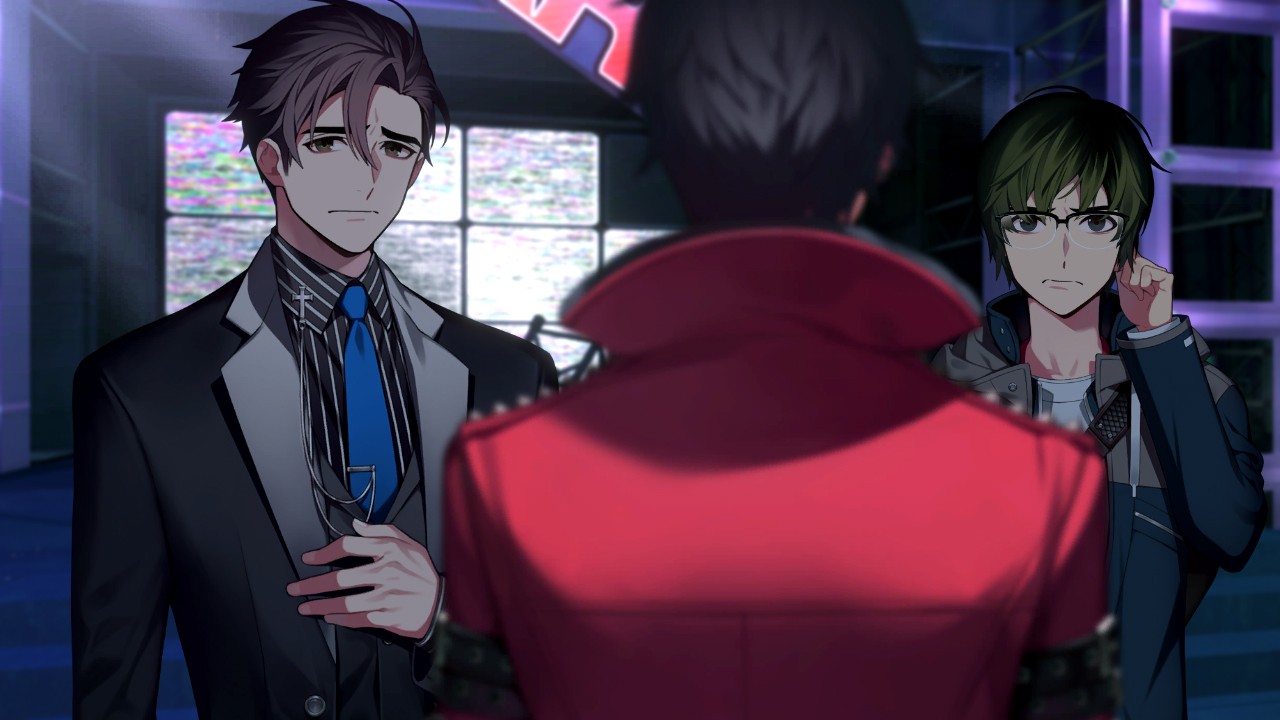 Buried Stars is a visual novel by Korean developer Studio Largo. It features the story of five individuals who are taking part in a survival TV show in which the popular vote decides who will be the winner. Think of it as Survivor wherein normal people are granted the chance to become famous, mixed with American Idol where talent and onstage presence are key. Buried Stars, or Bstars as they call it in the game, pertains to finding talent buried within the individuals on the show—the metaphorical diamonds in the rough. In a twisted turn of events, it’s also what happens when a shoddily constructed stage comes crashing down, trapping the cast within the building. There’s nothing to do but wait for rescue… Until you discover a dead body and the drama kicks into overdrive. The stakes have never been higher when the true survival game begins, as announced by a social media account named after the woman you find dead in the rubble. The one in last place won’t just be leaving the show—they’ll lose their life.

It’s later revealed that corners were cut—and illegally, might I add—so that the stage could be ready for the unprecedented number of fans in attendance to the airing of the show. This and the mysterious contracts that “[the cast] all signed without enough explanation,” stating that they had to embrace new personalities assigned to them without complaint, are just the tip of the iceberg as to how much power the executives have. Under this contract, the celebrities are forced to adopt personas established by the producer and all scenes that don’t portray them as their assigned personality get edited out. In this way, Buried Stars provides a great portrayal of the struggles celebrities endure—of the need to wear a second face in order to engage the audience and stay relevant and in doing so, lose some of themselves.

Because this is a visual novel, the majority of Buried Stars is spent reading textual exchanges between characters. There are five characters total, each of whom have their own backgrounds and reasons for wanting a piece of the stardom afforded by winning Buried Stars, and a sixth member of our trapped team who works for the Bstars staff. Most of the action is told from the point of view of Do-Yoon, a former member of the hand Masquerade and one of the celebrities taking part in the survival game. As Do-Yoon, you will bring up topics to discuss with your fellow survivors, voice opinions that will affect your rapport with your conversation partner, make critical decisions, and understand the bizarre events that are unfolding in the collapse’s aftermath. 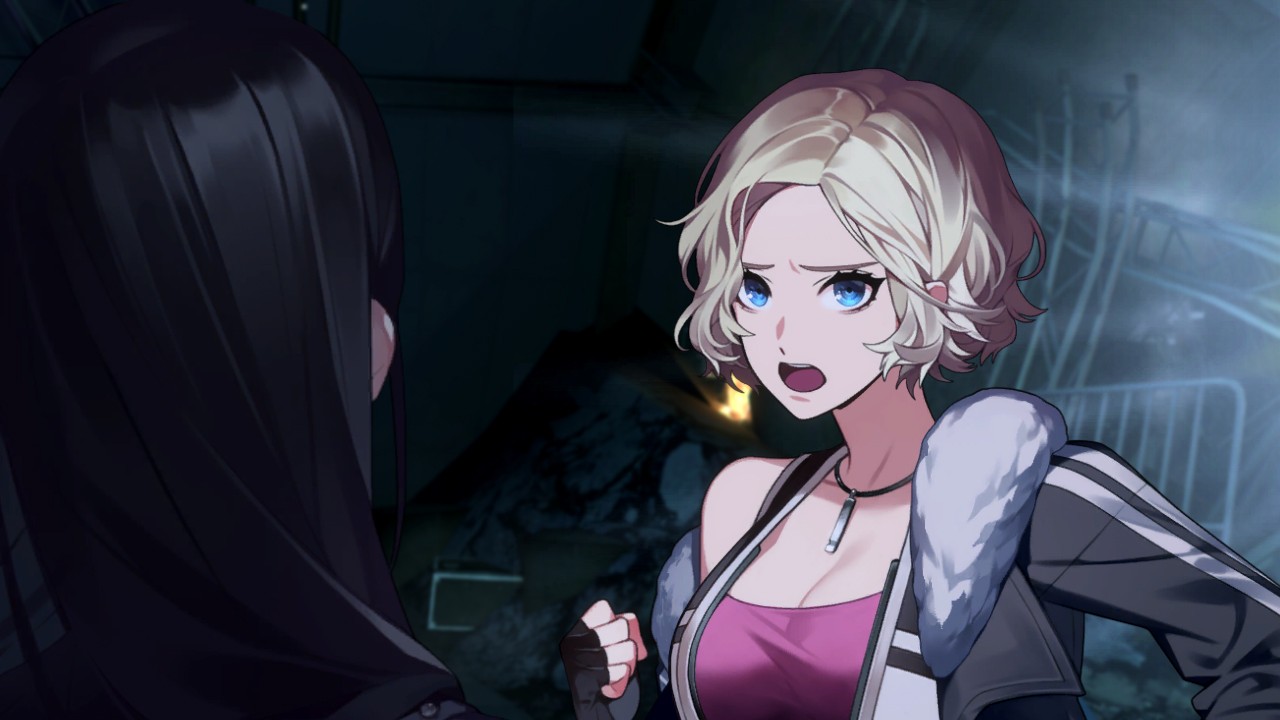 Exposition phase – During which you have the least control over the conversation. The exposition phase offers you summations of what you did during the communication phase, as well as a further narrative that moves the story along.

Communication phase – During which you propose keywords in order to gather more keywords for the next communication phase. This is when you have control over what your character says and what topics are brought up. Only specific topics, which garner a verbal response from the characters when you hover over them, rather than just a change in expression, grant you additional key phrases. Everything else is optional and will either affect rapport, unlock character profile information which helps fill in the blanks left by the starting point of the game occurring near the show’s finale—or both.

During both phases, you’ll come to a screen where you decide how you want to respond or act. The yellow sentence at the very bottom helpfully reminds you of the context in which you’re answering, and the smaller text outside of the boxes gives you a clearer understanding of the response’s meaning. Ever choose to answer in a VN and then think, “Okay, that’s not what I thought that meant…”? Not here. This was an immediate pro for me, as it made it so that I better understood the mindset of the character I was playing. It didn’t quite make it easier to select the best response every time, but it certainly helped.

Sometimes, responses affect Rapport, which is your standing with the characters. This can be an increase or decrease, depending on your decision. Rapport decides what sort of ending will be available to you and produces additional, character-specific scenes. There’s also the Mental Gage, which deteriorates because of the stress or hearing bad news, responding negatively to others, etc. If the Mental Gauge reaches zero, you get steamrolled into an ending. I won’t give out any details, but it’s considered the normal ending and was kind of… soul crushingly dark? That’s putting it mildly. I found it near impossible to drain the gauge significantly without actively trying to do so, but that could also be because of my play style. That being said, it isn’t always clear what will affect your Mental Gauge and I was sometimes bewildered as to why it decreased in response to something seemingly inconsequential. I’ll admit I’m one of those gamers who has to get the positive response in every conversation, so I spent an inordinate amount of time reloading my saved game and reattempting and answer any time I received negative rapport.

Directly after the communication phase ends and before the exposition phase begins, Buried Stars tests your attention to detail and logical processes by asking you for specific information. For example, shortly after the incident, there’s a discussion as to what functions work on whose watches. After the communication phase, you’re asked to pick the functions that are working on Do-Yoon’s watch from a list of functions that you gleaned from those previous conversations with other characters. 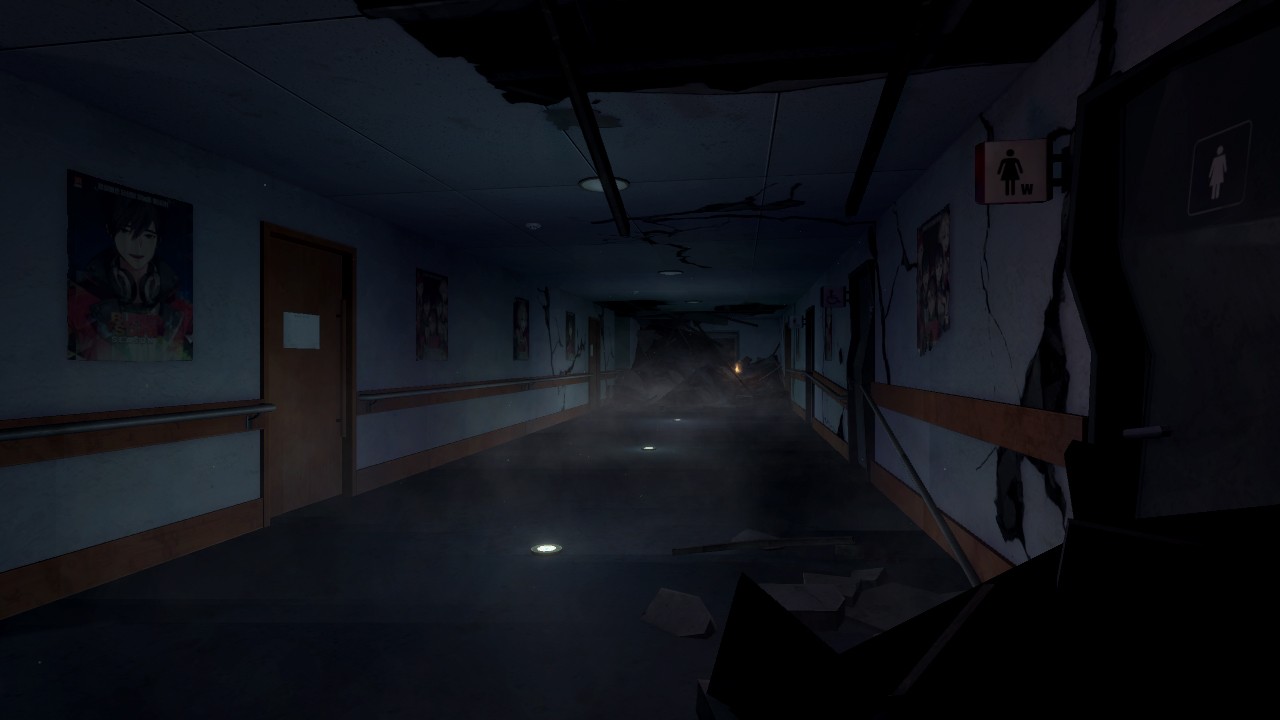 The story is someone slow to pick up speed, but once it does, you’re in for a roller coaster ride of mystery, tension, despair, and if you play your cards right, the truth. What is actually going on here and who is orchestrating the events beneath the rubble? Only through multiple playthroughs can you discover the answer to the multitude of questions you’ll be left with, mouth agape, in the wake of your first ending. Buried Stars has a decent amount of replay value on that front and the game was wisely geared towards subsequent playthroughs. How, you ask? Tapping the touch pad shows you the history of how characters responded to key phrases, be it that you gained or lost rapport or even if you gained another key phrase from it. It cuts out all the guess work and having to reload a save because the information is right there for your reference and it made me a very happy girl. This and the ability too fast forward through any text are definite quality of life features that I wish every VN would adopt.

In the interim, Buried Stars makes use of a social media called Phater, which is essentially the result of an unholy union between Twitter and Reddit. It’s the only source of news while you’re trapped inside, if you can call the inane chatter of fans news, but more importantly, it serves as a source of topics to discuss with your fellow survivors. A lot of what’s posted on there is baseless conjecture, flaming, and trolling (which is exactly why I personally avoid public forums) and wading through the post timeline would be enough to give anyone who’d been in a flame war in their youth PTSD. I’m a little befuddled because accident survivors who are 1. uncertain of rescue, 2. shaken up by the discovery of a dead body, and 3. frightened because someone is threatening to kill them have time to surf the web and check if their popularity is intact, but I suppose it speaks volumes of the modern mindset.

I mentioned that this is a Korean VN. If you’ve never played one before, you’ll immediately notice the distinct art style… and the fact that the characters have names that are a mix of way too many vowels, which I personally found somewhat difficult to read with my Western brain. There are both Korean and Japanese voice acting options, which you’ll hear during the exposition phase and rapport events, whereas exchanges during the communication phase are only partially voiced. The writing is good, but also flawed in the typical ways a localized title is, namely instances where the direct translation doesn’t quite make sense in English, and tense switching and conjugation mistakes a non-native English speaker is prone to make. Buried Stars’s anime art style is beautiful and, to make a strong presentation even stronger, the characters are expressive, frowning and blinking and otherwise adding dimension to their 1-dimensional appearance. The music is also very good, alternating between soulful rock-‘n’-roll tracks and an eerie, synthesizer-based tracks while also throwing in perfect silence with good timing to heighten tension.

It’s flawed translation aside, Buried Stars is a roller coaster ride of twists and turns that you won’t be able to put down once the cars finally start picking up speed. The OST and gorgeous character design is a definite plus, but a VN is nothing without an engaging story. If you aren’t the type to pursue multiple endings, you won’t get quite as much value out of this purchase, and you’ll be sorely missing out on the closure of getting to the bottom of this mystery. It’s up to you to maintain the sanity of yourself and five other characters and, through your decisions, survive the aftermath of the collapse.

Even the collapse of the stage couldn’t stop the popularity vote.