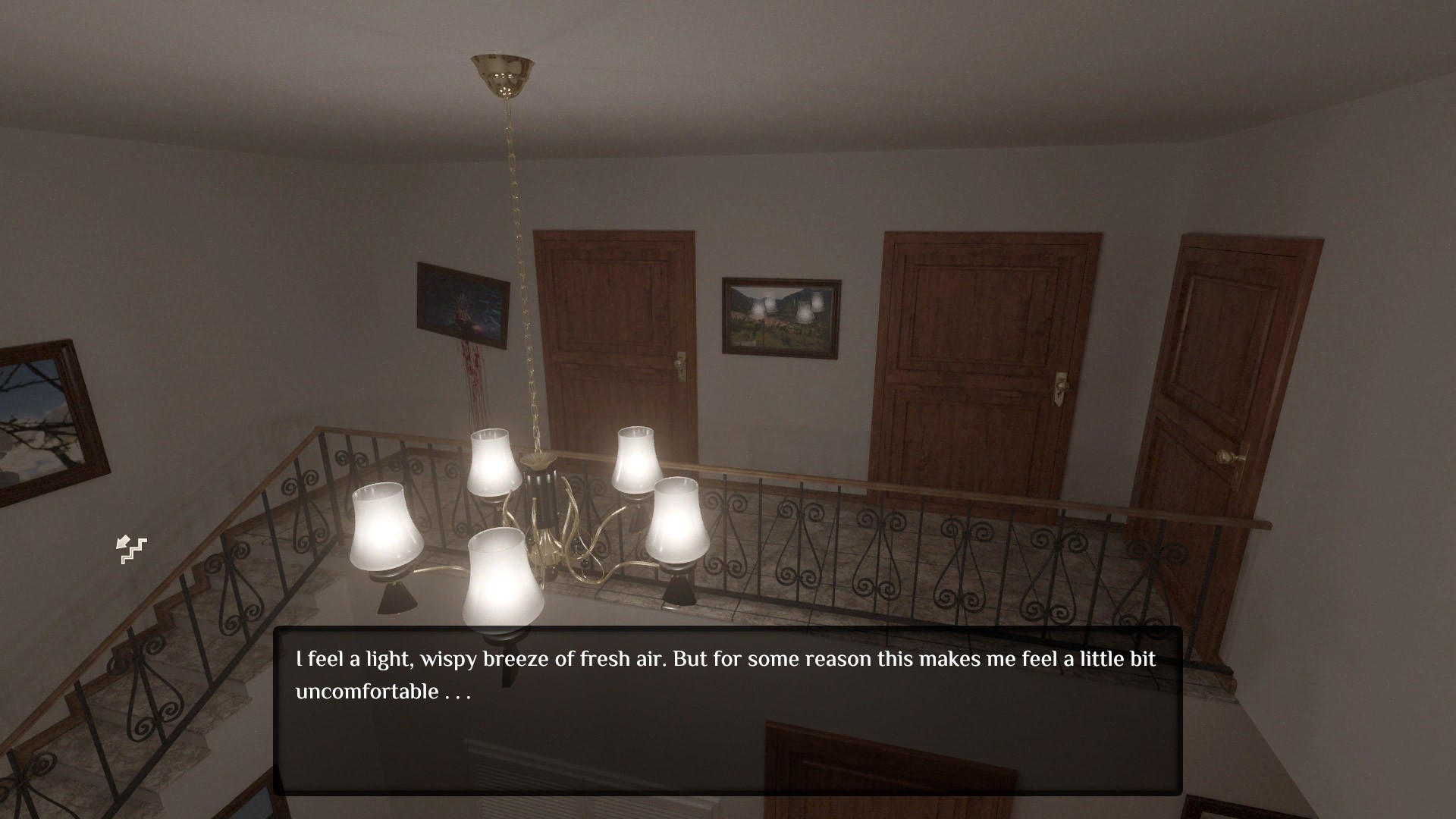 I’ve highlighted before I’m a huge fan of point and click adventures, whether that was Grim Fandango, Broken Sword or something like The Walking Dead. I’m a little less keen on part of the genre which is taken from a first person point of view and you click on objects to push the game along. Games from Artifex Mundi would be an example of the genre which I generally enjoy not as much, not sure why but it’s probably because most of these kinds of games tend to have very static scenes that rely on a lot of going over old ground.

Without Escape is one such title, played from a first person perspective with static backgrounds. You have to click on objects to interact with them and move rooms. It all takes place within a house which you find yourself locked in, it comes across similar to an escape room experience. You arrive home and find that your parents are not there. You go to sleep and are woken up by a strange sound, obviously you want to investigate and so your journey begins. For some reason a lot of the doors in your house are locked so you need to find some keys to continue your investigation. 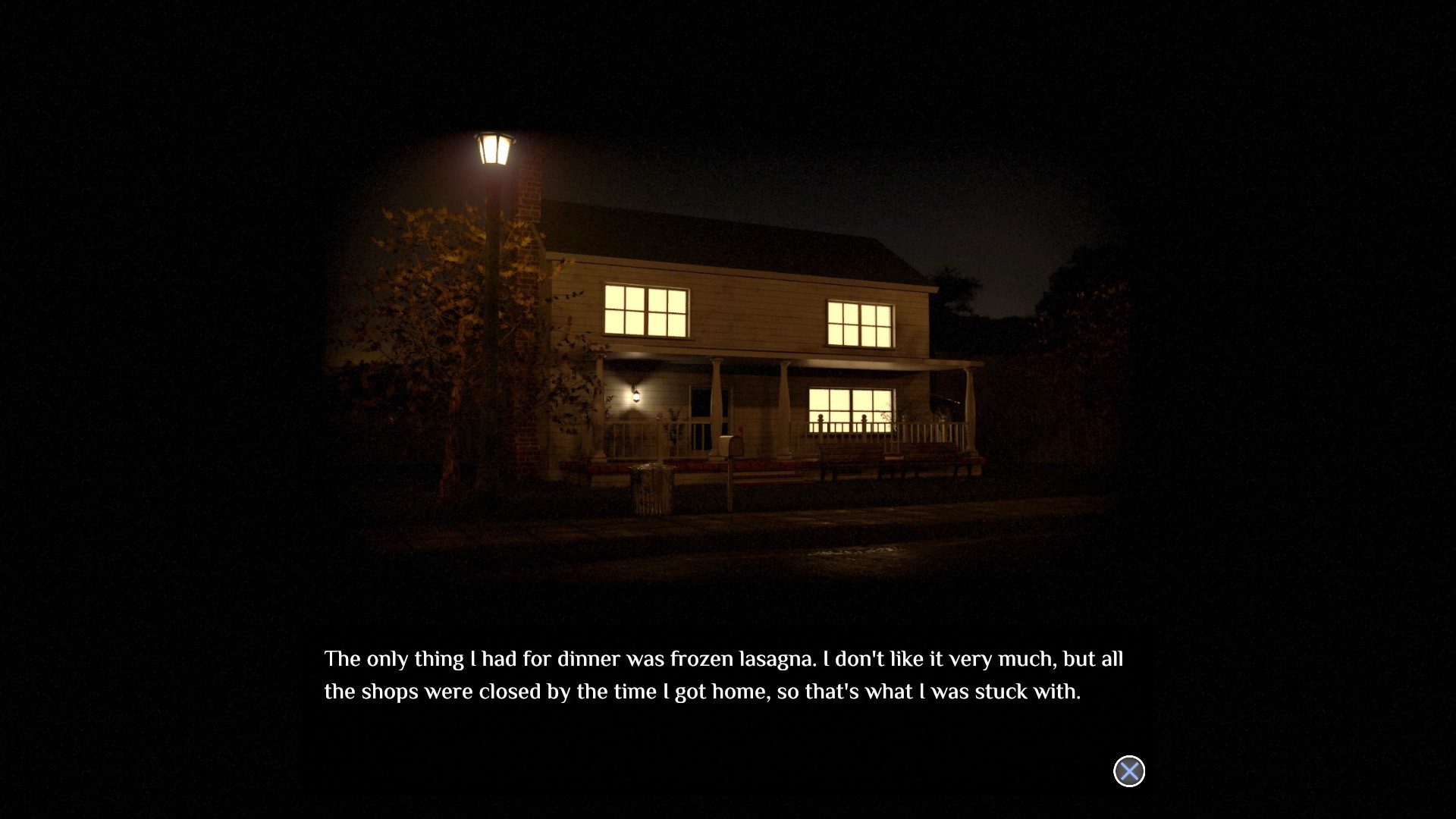 Without Escape does feel somewhat 90’s in it’s concept and presentation, as it plays like classic PC title Myst. Without Escape is meant to be a horror game, this is a difficult thing to portray with static imagery at the best of times. There are some FMV sequences which will definitely invoke memories of the old video sequences between scenes of yesteryear. Unfortunately, Without Escape’s still pictures don’t quite instil that intense claustrophobic feeling it’s trying to provide. You point and click on pictures, clocks and drawers to uncover keys and other items. There’s a fair bit of dialogue to read, some of it gives you clues but you will need to look around a fair bit. In Without Escape, there is a lot of going back and forth between the rooms, when there’s a limited amount of scenes to traverse through, then it can come across as dull. Without Escape is a slow experience, at one point the house changes into something out of Silent Hill, there is even some other worldly dimension hopping. These descriptions should point to a more engrossing game, but Without Escape just doesn’t have enough depth to it. 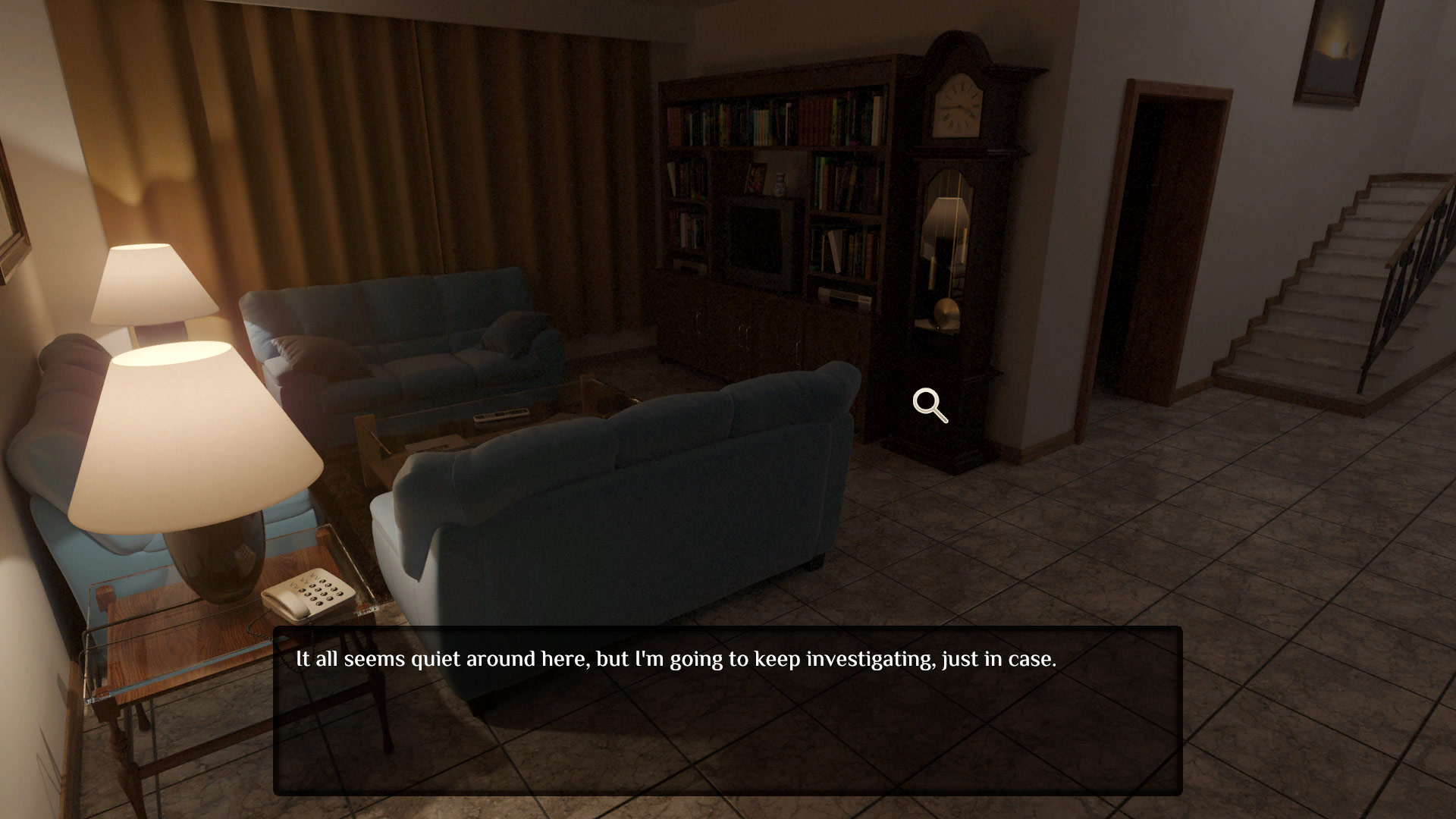 Generally, the puzzles are standard fare. There’s a telephone, so find the relevant number and ring it is an example. There is a stand out puzzle in the form which requires you to know your atomic numbers, a puzzle where the answer is random each time you play for some unknown reason. Without Escape contains six multiple endings, whether you’ll have the time or patience to play Without Escape 6 times is another question. The scenes in Without Escape are beautifully detailed, but they just don’t pack the horror punch that is needed. The ambience is one of foreboding terror but again it doesn’t quite hit the mark which such a set of static scenes to play with. There’s some blood and disturbing scenery on view but the repetitive music and lack of urgency means Without Escape isn’t particularly frightening or particularly fun to play.

Without Escape misses the mark with its attempted scare tactics. Everything just comes across too slow and there isn’t enough tension to keep you interested. The whole Without Escape experience is quite pedestrian and even the most ardent of point and click fans may struggle with the lack of interaction. The multiple endings give Without Escape some extra depth and replayability, but after the first playthrough you’ll want to go play something else more scary or more interactive.

The whole Without Escape experience is quite pedestrian and even the most ardent of point and click fans may struggle with the lack of interaction.