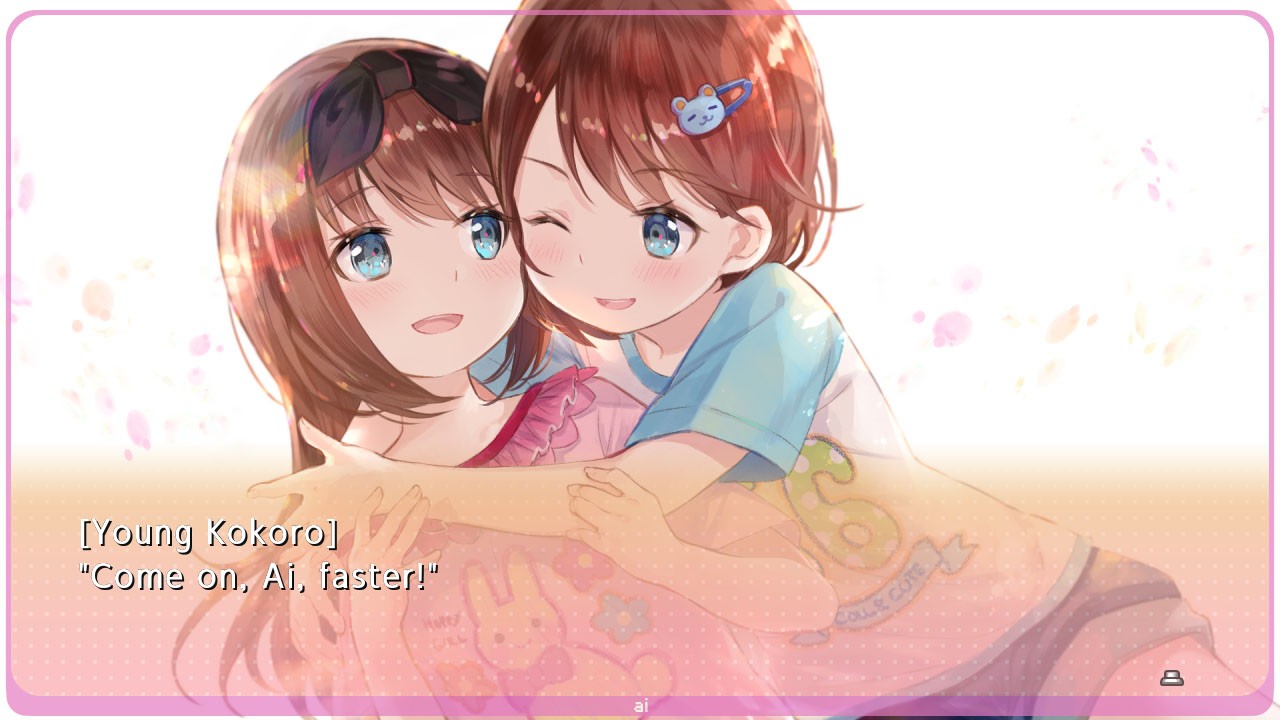 You know, in a very short amount of time, I’ve grown to really respect Kogado Studio and the games that they’ve crafted in the visual novel space. Though my number of encounters with girl love VNs is pretty small in comparison to other, broader subgenres (due in part to their higher density in the market), I’ve enjoyed them. They take on a different tone and approach to things, as well as a different sort of representation for their main characters and the subsequent love interests. Thankfully, since Nurse Love Addiction/Syndrome, I’ve had a great breath of fresh air with SeaBed to give me a different perspective on things and help reset my shock meter, because I needed to be ready for Yumeutsutsu RE:Master. As we dive back into the world that Kogado can shape, remember one thing: people are lovely, terrible, and unbelievably unpredictable when it comes to romance.

Yumeutsutsu RE:Master puts you, initially, in the shoes of Ai, a lovely young woman who is excited to begin her life in Koenji, a small town in Tokyo, and pursue her future career ambition of working in a doujin (independent) game studio. Truth be told, Ai is interested in the games, but is more interested in her coworker, Kokoro, who is actually Ai’s sister. Years ago, Ai and Kokoro’s parents divorced, and the two haven’t seen each other in any real capacity for the longest time. But something has changed: Kokoro is cold, distant, and purposefully aggressive in speaking to Ai. What’s happened that made Ai’s loving younger sister turn so angry? Also, there’s something strange about the game they’re developing, as it echoes a bit of the past the two sisters shared together. And, finally, why on earth does everyone, from the company’s president to the police on the street, seem to have such a fascination with Ai?

Yumeutsutsu RE:Master is a longform visual novel that doesn’t “demand” replay like CLANNAD or Yu-No did, but still strongly suggests it, for multiple reasons. First and foremost, the game has excellent but extremely patient pacing, so much so that it takes a while before we even introduce Kokoro to Ai. You actually meet Nana (who I’ll get to in a moment) before Kokoro rolls out, and I think this is to help misdirect and destabilize where you think the game will be going. You play through approximately six acts (some longer than others) before you even get an opportunity to truly set down a “path,” though I’m certain that walkthrough creators will be eager to show how the early choice of talking to Kokoro first before going to Saki ultimately leads to a bad ending versus a good one, but I’m not even remotely close to that level of dedication. Once you get on those paths, your narration perspective will change, and you’ll be given a chance to guide, direct and learn more about the other women who inhabit Ai’s life, though I can’t fully speculate as to the full gravity of their importance. Oh, I suppose this is as good of a time as any to mention: this is the first time Yumeutsutsu will be available in English. Yea, the Nintendo Switch is getting a simultaneous release with the English patch finally being officially available, so expect the visual novel community to be voracious on this one as soon as it drops on the 23rd. 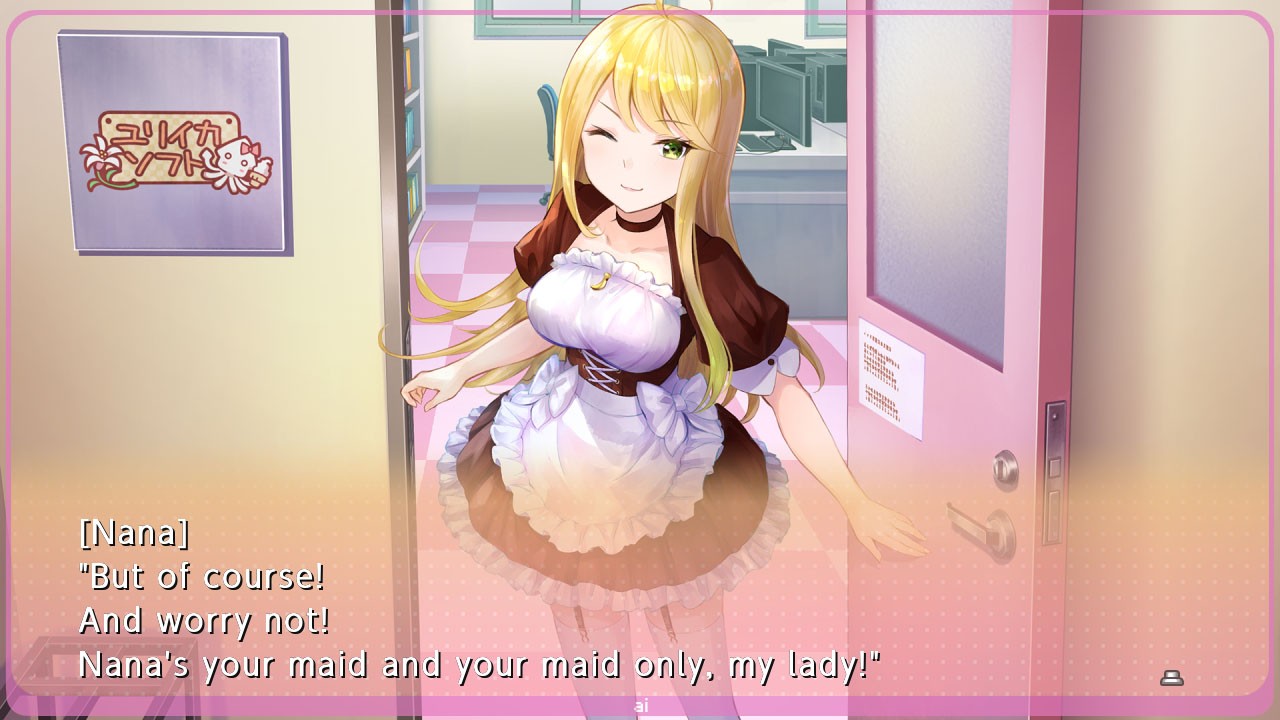 There are so many things that Yumeutsutsu RE:Master does right for fans of visual novels. First and foremost, yes, it’s long, but it never feels as long as it should. In comparison to the recently played The Fox Awaits Me, Yumeutsutsu does a marvelous job of dropping information and dialogue in sizable, natural chunks. Awkward silences are punctuated by having inner narration or observational motifs instead of just empty text bubbles. Exposition comes in moments of deliberate tone that helps you measure the importance of it all. Hearing the different department members talk about what they want to do with the game, argue over lunch, or basically react to the different flirtatious vibes that come through with or without alcohol falls into the players lap with the ease and comfort of a cat jumping up and making its presence known. However, when things start to take a turn and you notice different, more suspicious moments – people disappearing around station corners, hesitant words that suddenly get swallowed at the last minute – the temperature changes entirely. You read and take everything in and don’t even realize that you’ve consumed more words in the last hour than you did reading for last year’s American Literature class. It’s that compelling in an exceptionally good way.

Now, if all we had was text, Yumeutsutsu could have come as just a light novel and would have done great with a different set of fans within Japan. Instead, the artwork and audio do the double duty of bringing this truly bizarre and borderline upsetting game to life in a big way. The voice acting is fantastic, no bones about it. They’ve truly matched some great talent to each character, not only to inject some fun and flirt into their exchanges (the manager, Honoka, is a perfect fit), but to help aid in conveying a lot of the madness that unfolds within. This is combined with what I feel is an appropriate level of soundtrack within the game. You have a lot more of the “anime” level music within, with some upbeat tracks that inject whimsy and promise and “slice of life” mentality, which then feel all the more shocking when they shift to foreboding, or, worse, drop out entirely.

The art styling is like a much cleaner, more focused version of what Kogado was going for with their nurse games. Yumeutsutsu RE:Master focuses even more on the girls and the world around them, drawing them into sharper details both background arenas (I especially loved the temple designs) and the women themselves. I feel like there may have been notes from the fans, because there’s a bit more focus on bodies and specifically on breasts within this game, but it’s still nowhere near as overt as your average male-audience focused harem game. Instead, it becomes a believable and acceptable part of the overall experience, and I think more believable for the diversity of the audience. To be frank, one of my lesbian friends talks about breasts probably more than most of my male friends (mostly because I don’t surround myself with horny people), and I think she’d really be appreciative of the level of body focus within Yumeutsutsu. Mention, commend, but don’t fixate. That’s the key. 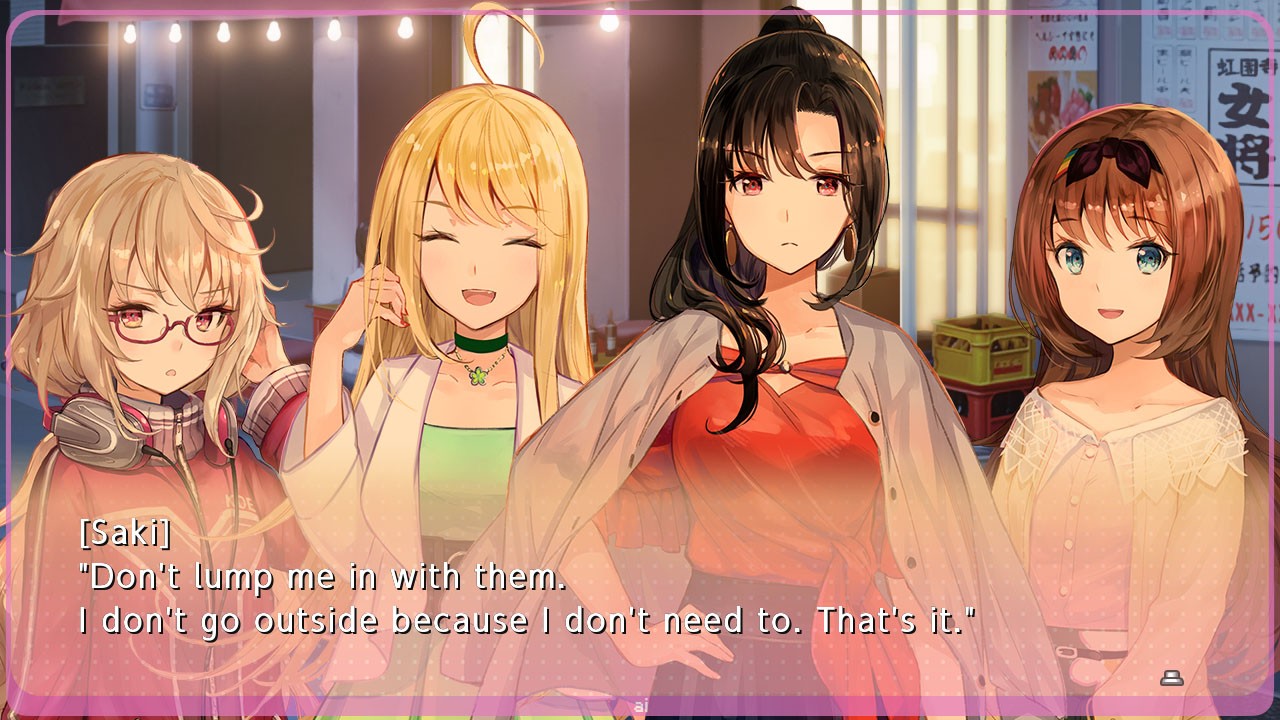 I mentioned Nana up top, and I think she deserves more praise as a complex and honestly relatable character than I’ve seen in most games recently. A woman who has a broken past that covers it up through embracing her own sexuality as both a shield and a weapon, but still seeks real romance and affection. I can’t spoil her path too much, but it hit just as hard as some of the stranger and darker storyline endings of Nurse Love Syndrome. Maybe moreso because I used to work in the video game industry, and I’ve seen shades of Nana reflected in other people I’ve met in the business. That’s still the best part of these titles from Kogado: shock and awe. It’s not just dark and horrifying for the purpose of being ugly, but to show and unshackle women from their own tropes and positions within society and within games. Women are more than one dimensional hit boxes that the player simply needs to land the right blow upon in order to win, and they definitely take the reins in a game like this. That’s one of the reasons I want to go back and play more, but will leave the longterm mining to the professionals. I’d love to see how things change for the others, but I cannot and will not subject myself to the emotional trauma of seeing all of the characters go through their bad endings. Though I’m very, very intrigued, because I’ve only unlocked about half of the gallery: that means there’s still plenty more to see, and unlocking the “Memories” (different endings) means I can go back and relive the success and love (or the horror and the love) all over again.

This is a golden opportunity for visual novel enthusiasts everywhere. Yumeutsutsu RE:Master has never had an English release, and this one is done with clean, accurate and concise localization. The storylines are all fantastic and the backdrop is one that’s deeply engaging for me, even moreso than the accurate hospital setting (again, Kogado used real terms and ideas for explaining game design and, well, they have personal history there). The characters are complex, exciting and believable, the voicework (especially for Ai) is adorable and accurate, and there are literal days of gameplay locked away inside this terrific maze of a game. If you’ve ever been interested, get it on the Switch. It plays perfectly, looks good on handheld, and is that much easier to set down and walk away from when it all becomes just too heavy. And it will.

The gnawing hunger of wanting and needing to be loved can elevate to beautiful heights or cast some of the darkest shadows in this compelling visual novel.