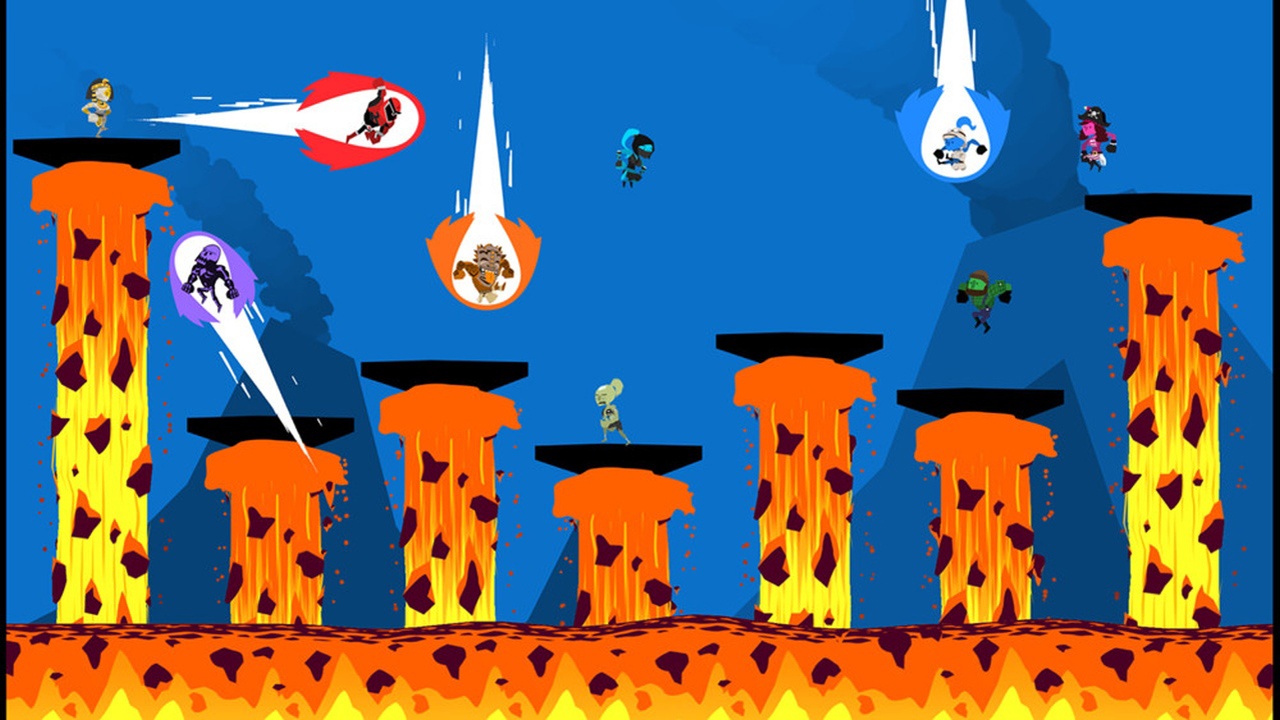 Since their introduction, Trophies, Achievements, and other digital trinkets have been heavily valued by many a player, the world over. However, with time, many have grown disillusioned with the pursuit of the once treasured accomplishments, as they have begun to feel as they hold no actual value. Sure, every time you have 1000 or Platinum’ed a title, you’d feel like you have accomplished something – especially one a title in question so highly regarded – but beside of the said trophy or achievement, you’d have nothing to show for it.

Some Xbox titles, as well as select few PlayStation 4 games would reward players with meaningless in-game items and menu themes, but for the most part, games such as Red Dead Redemption or Bloodborne, would never go above and beyond the call of duty, in order to ensure that one’s time has been rightfully reward – that is until now. As Runbow, unlike the vast majority of modern games, rewards the player with tangible and sizable in-game items, whenever you complete a particular feat marked with a Trophy or achievement.

At its core, Runbow is a simplistic hybrid of a platformer and a racing game, which heavily relies on couch co-op. And while it does feature a fairly extensive single-player/co-op campaign, composed of dozens upon dozens of highly stylized stages, it is still mainly a player vs player centric experience. And while the early impression may suggest that it is a first and foremost a narrative driven game, then it can be relatively quickly noticed by the player that the two core narrative driven modes, are not as profound and extensive as the title’s multiplayer component. However, despite of the disparity in quality, it has to be underlined that both are equally as rewarding, as they provide the player with trophies, and a plethora of in-game rewards attached to those. 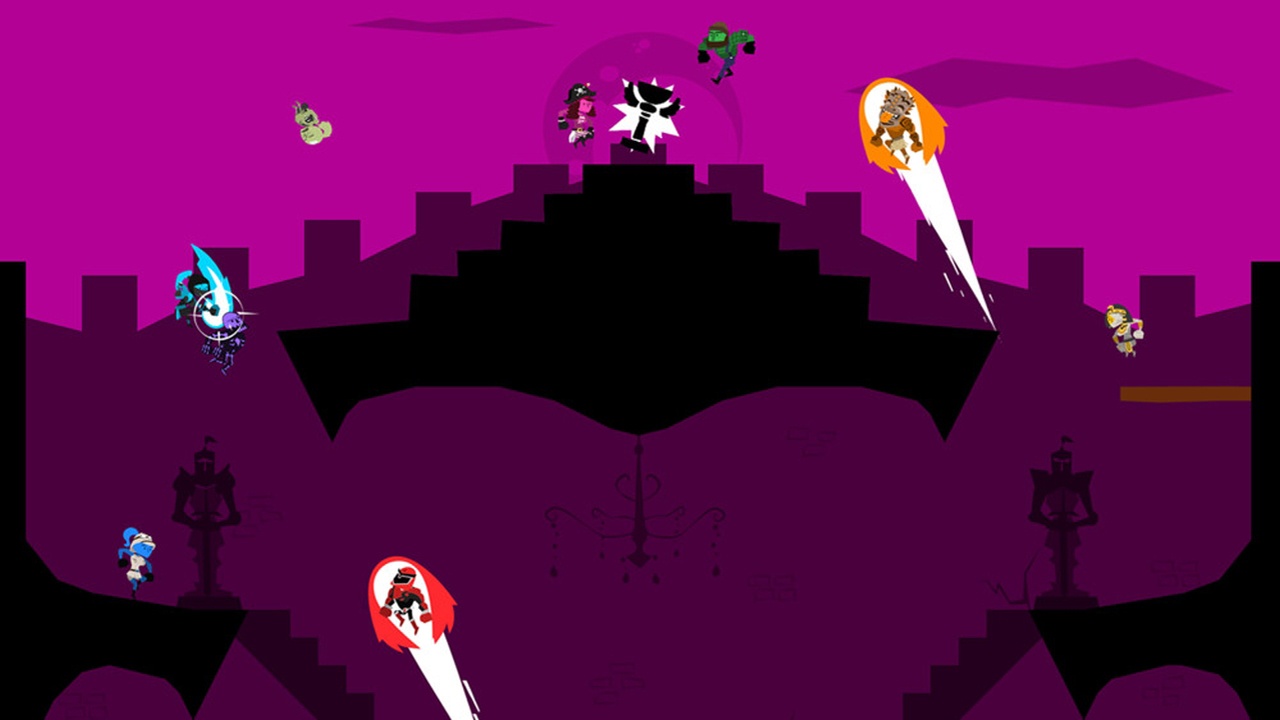 The biggest difference between Runbow’s narrative component and the one of the multiplayer nature, revolves around the sheer fact that the multiplayer’s versus core elevates the title to another level. As Runbow is not just a racing game, but also a combat experience. And while the core combat boils down to a handful of manouvers, then it has to be said that it adds another layer to the title, which provides with additional portion of entertainment, and most importantly longevity. As the sheer number of possible outcomes is borderline limitless, and no two matches of Runbow will ever be the same. But unfortunately, Runbow is a limited multiplayer experience, as it does not possess an active online component; so if you want to even give its multiplayer modes a try, you will have to convince one more person to play with you.

If you are unfortunate enough to not have at least one more person who can come over, and give Runbow a spin, then unfortunately your experience will be limited to the title’s single-player component. Which as mentioned before, is not as exciting or as engaging as Runbow’s versus oriented multiplayer. And while it is as fun and exciting as the title’s multiplayer at first, then it has to be said that its charm quickly dissipates, as each and every new level lacks variety in design, and those which do happen to be somewhat unique, are mostly downright frustrating. As their only unique features boil down to cheap gimmicks, and increase in difficulty, and those two are neither fun, nor entertaining.

Runbow, despite of featuring an abundance of levels within its multiplayer component, likes to feature duplicates every now and then. And the only spin which is put on those, is that now you are forced to complete those within a pre-set time-frame, as you are being chased be a wall and/or ceiling of death. And these levels feel incredibly cheap, as they are nothing more than padding to an otherwise skeletal title. But no matter how much you may dislike recycled levels, you will surely not hate them as much as those which flip the playing-filed upside down, and force you to refer to partially reversed control scheme. And I’m saying partially, as left turns into right, and right turns into left, but up doesn’t transform into down, or vice versa. 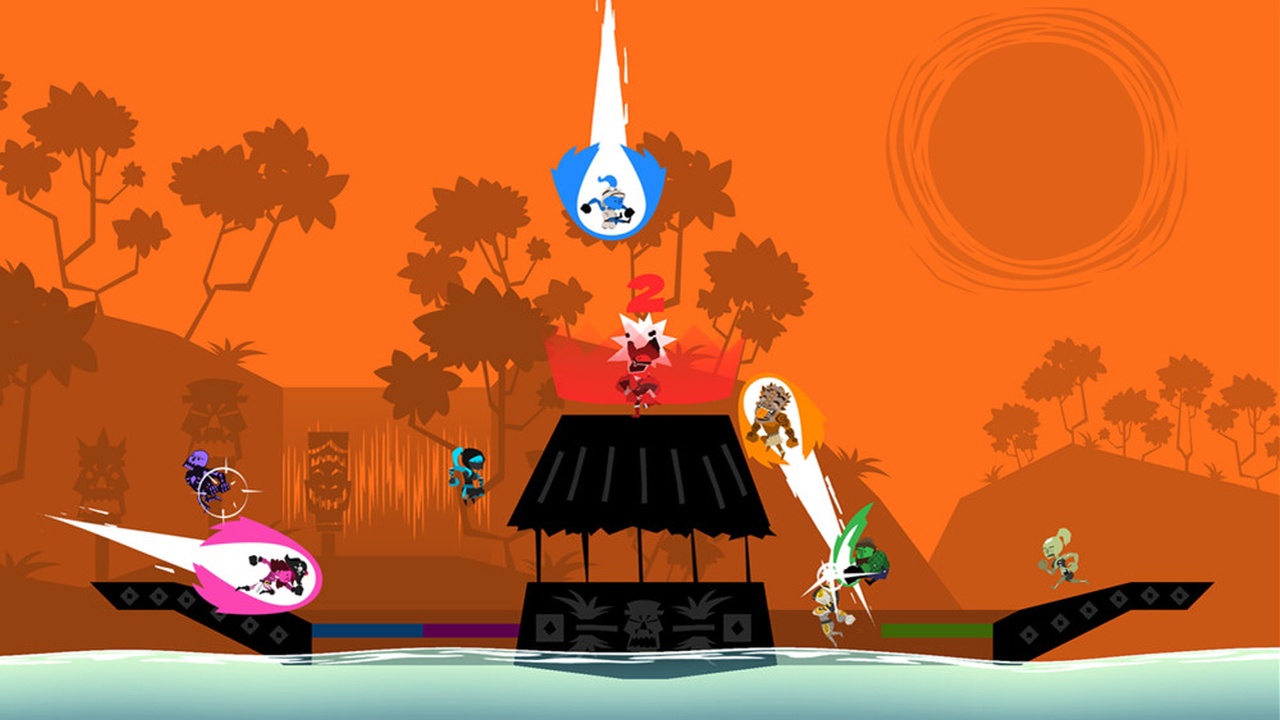 The above parts of this review describe the average journey which one would take while playing Runbow. And while some – depending on the circle of their friends – will definitely get more out of the title’s multiplayer than the others, then it doesn’t change the fact that sooner or later, all those people will have to go home. And at that time you have no choice but to continue playing Runbow on your own. And as it doesn’t feature neither an active online multiplayer, nor bots, the only alternative is the title’s quote-on-quote story mode. And the title’s single-player campaign, just like the multiplayer, will only provide you with a limited amount of entertainment. So depending on your personal preferences, and circle of friends, Runbow may be a game which you’ll play for months, if not years to come; but at it may also be a title which you’ll play for 10 minutes, and never touch again – depending on your circumstances.

As a product, Runbow is chockful of content. It features an abundance of modes, maps, quests, objectives, skins, colour pallets, and much, much more. But at the end of the day, it is all relative, as each and every individual will value those differently. And if not for the fact that Runbow’s servers are completely dead, barren, and desolate, then maybe it could be argued that Runbow is the indie multiplayer title to get. As the sheer amount of variety in both visulals and features, elevates it above other indies of the multiplayer kind. But due to the fact that it is literally impossible to get into a multiplayer match three days after launch, the vast majority of content is out of most individuals’ reach – which is disappointing to say the least.

Runbow, in working order, is a great game. But the requirement of needing at least one more player offline, and the pretty much obsolete online component, turn the title into a husk of what it potentially could be. And who knows, maybe in few weeks time, Runbow will turn from a dead and borderline playable single-player runner, into a sprawling and entertaining multiplayer game. But what happens in the future cannot be foreseen, and we can only deal with what is happening in the present, and unfortunately Runbow, in its current state, is simply not worth your money.