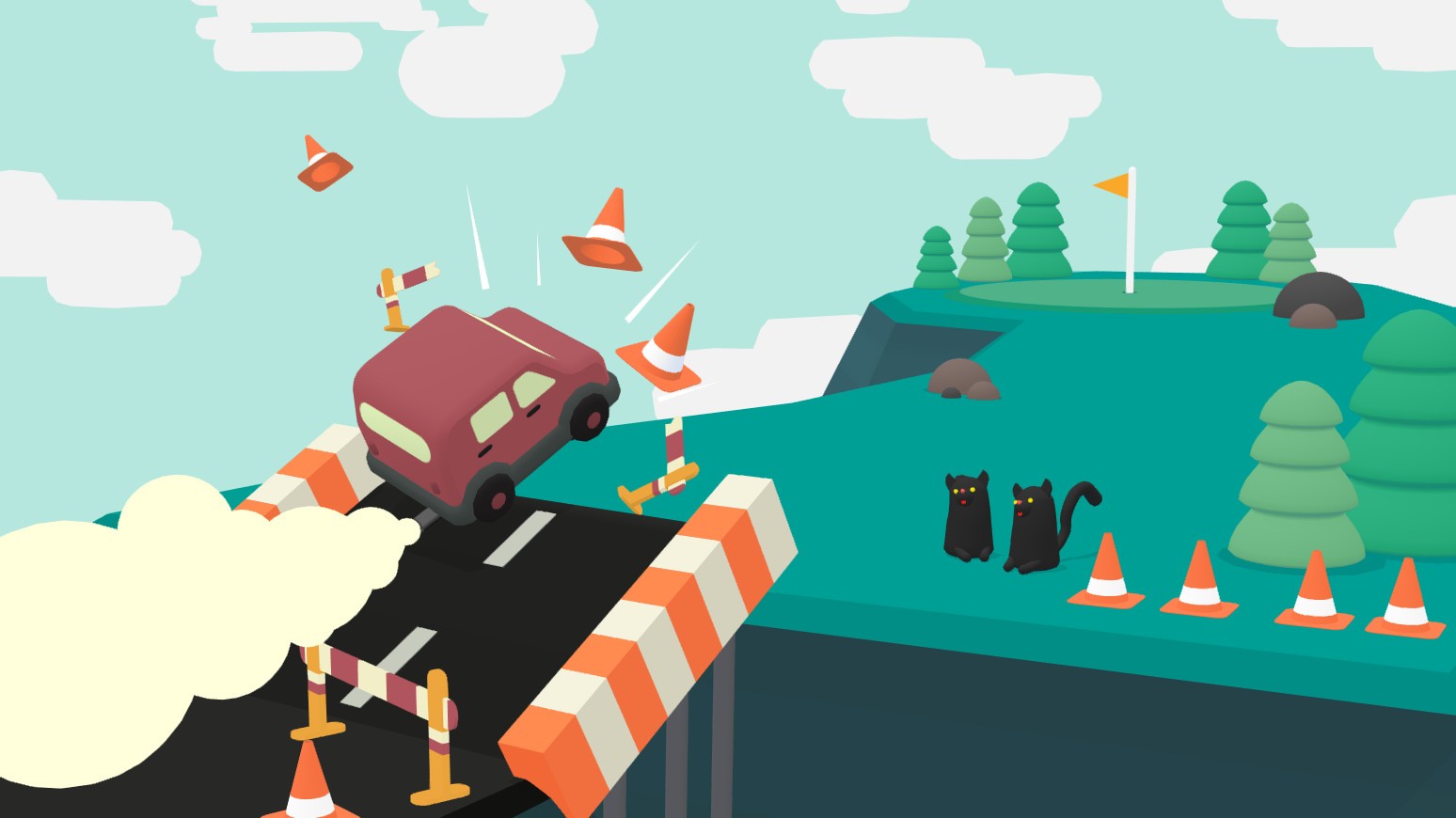 What the golf? developed by Triband, a small dev team founded by 3 people came out on October 1, 2019 and was nominated for multiple awards, even winning “Best Mobile Game” on GDCA and was overall praised by critics for its novel and unique ideas.

At the surface this game might deceive you into thinking that it’s a normal golf game, but it’s actually way more than that. The first few levels start off normally but things get weirder and weirder as you progress through the game. The levels are bundled into different sections. In total, there’s 11 sections with all of them featuring multiple different level themes that keep the game as fresh as possible. Even though there’s no actual story tying them together, there are underlying motifs that refer to a larger narrative that I won’t spoil.

Graphics wise, What the golf? reminds me a lot of games like Donut County. Its artstyle is very cartoonish and wacky looking which fully fits in with the other parts of the game. The visuals are often really weird and quirky and some of them are quite funny to look at. In some cases the animations look broken or unfinished, but that’s also done intentionally to fit the theme of the game. 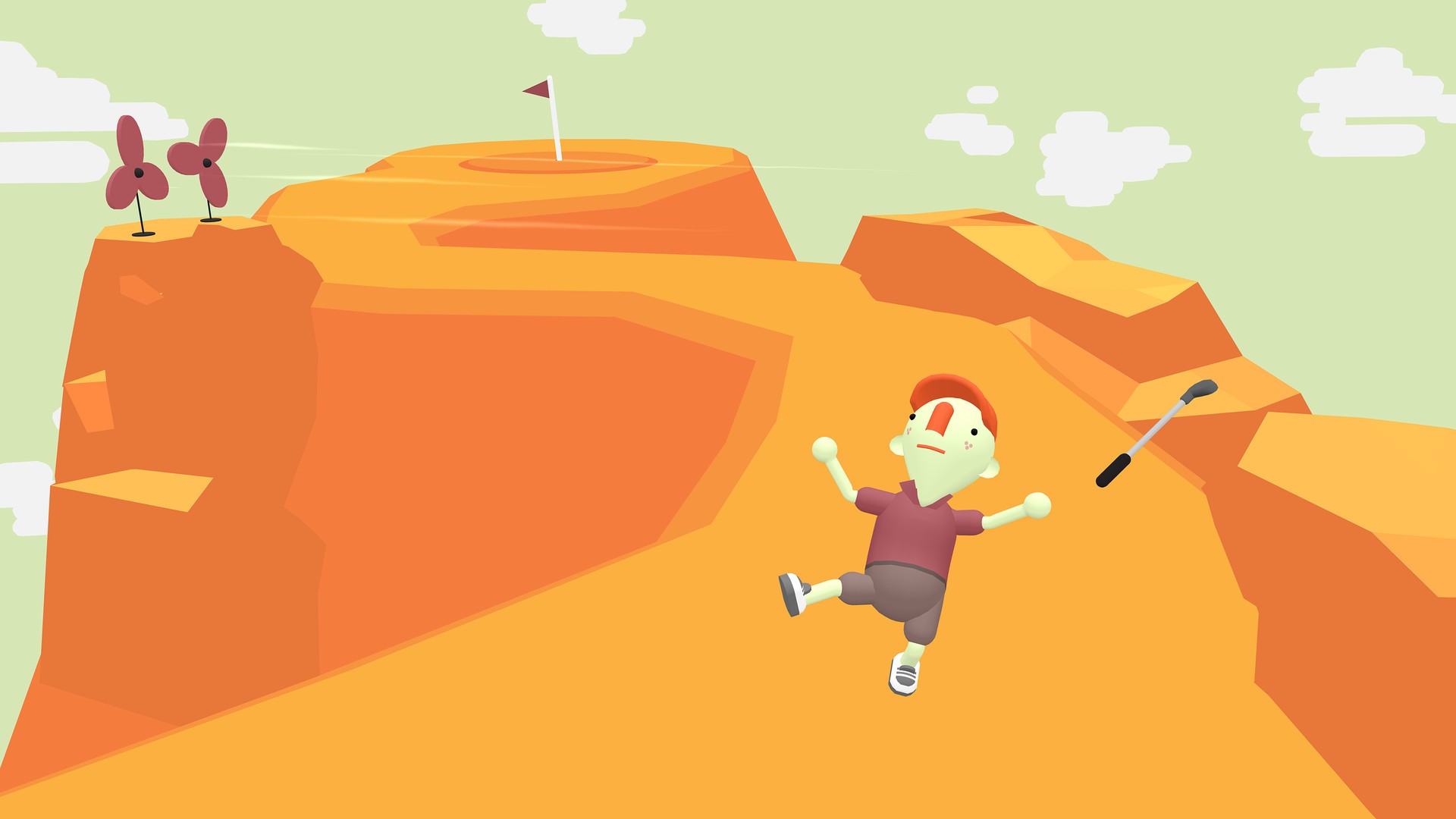 As for gameplay, this is where the game really shines. I won’t be going into too much detail about all the new levels and mechanics it introduces as that would spoil the more interesting parts of the game, but the game will often switch up a lot of its core elements and even jump through completely different genres. The choice of sacrificing the standard golf gameplay for a more ridiculous and fun approach was a welcome one. Expect to play all types of sports and different mini games while also playing through normal golf stages set in weird and unique environments like outer space or the wild west. Pretty early on the game drops you into a hub world which lets you get through the sections and levels pretty easily and each section ends in a boss fight (yes, a bossfight in a golf game) which is done in the style of old school Arkanoid. Speaking of references to other games, this game features them in spades, referencing anything from the old school Donkey Kong arcade game to more modern indie titles like Superhot or Rocket League. One of the design choices that I appreciate the most is the fact that you can easily restart a stage if you happened to mess up anything, although the game is never frustratingly difficult. In my playtime I never encountered anything major bugs or glitches wise, but I experienced a crash near the start of the game which wasn’t a big issue at all because of the game’s checkpoint system which saves your progress very frequently. In total it took me about 4hrs to run through the campaign without 100% all the levels. So I’d say if you’re going for a completionist run it’s quite a decently sized game. Onto the replayability.

The replayability in What the golf? is also a big part of the core experience. There are quite e few levels that support up to 2 players that can be enjoyed with a friend, but there’s also different challenges like a daily and an “impossible” challenge. All of the levels have a completed version that can be achieved by getting “the crown” in them which is done by completing different objectives in a level. Once you’re done with all of these you can also try your luck and possibly get on the leaderboards that the game features.

Sound wise, there isn’t much to say, the music fits in perfectly in the game and some of the tracks are hilarious to listen to, mainly because of their lyrics. The sound effects are as wacky as you would expect from this sort of game with weird sounds all over the place whenever you hit the ball or the flag. 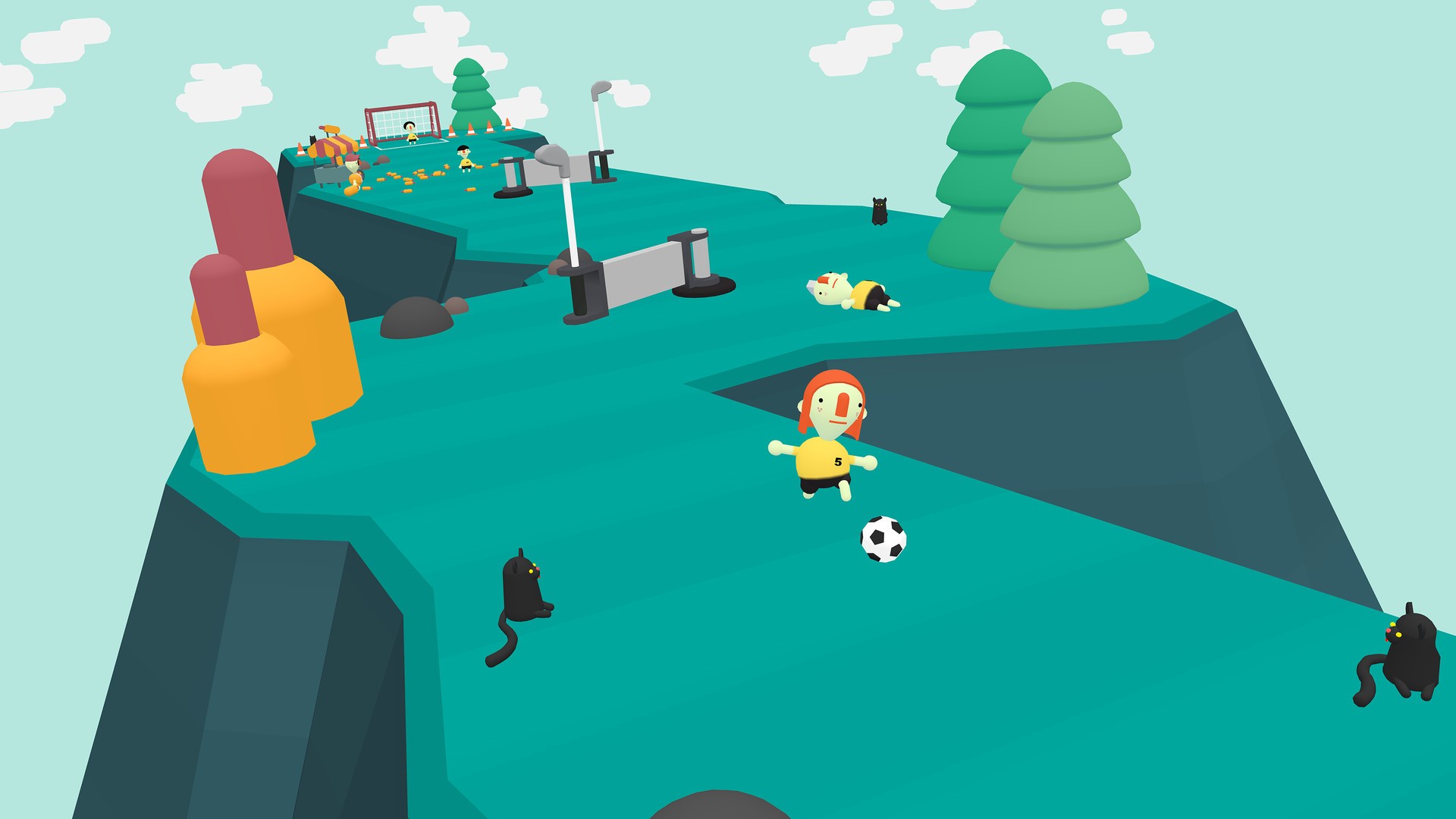 The accessibility is a strong point of this game, since it doesn’t require any sort of previous experience to get into it. The controls are really simple, even for a golf game, only involving the mouse and dragging or moving it around the screen. Overall this is a really easy game to get into with the very occasional difficulty spike in some areas but never anything that will make you want to quit the game.

In conclusion, I felt that What the golf? was a breath of fresh air in today’s overflowed market of indie and AAA games. I’d consider it one of the most unique and novel gaming experiences I’ve had. Just don’t go into it expecting it to be a golf game.

WHAT THE GOLF? Review

An enjoyable “golf” game like no other. Quite the refreshing experience!