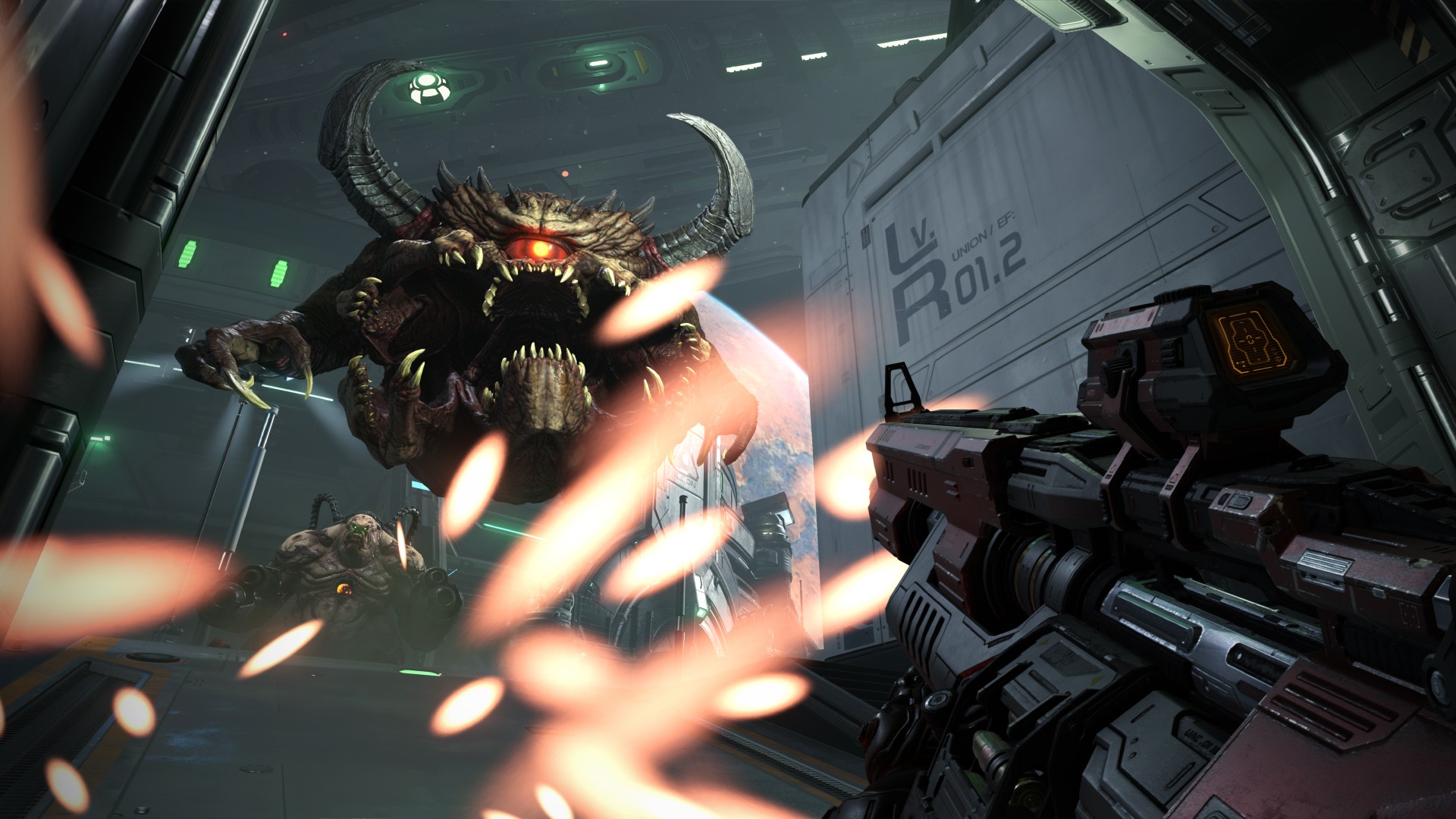 Imagine the scene: the world is in chaos; sixty percent of the Earth’s population have been wiped out and those who remain must endure lakes of lava and flaming geysers. No, this fiery hellscape isn’t the result of two weeks of social distancing, but rather an invasion from the forces of Hell, following the events of 2016’s Doom. The reboot, helmed by id Software, proved to be a resounding triumph, catapulting the much-loved classic shooter into the current generation. Four years on, Doom Eternal hopes to replicate its predecessor’s success whilst meaningfully expanding on the gameplay. It’s safe to say that goal has well and truly been met.

Once again, the player is encouraged to constantly maintain their momentum, a meaty battering ram charging through demonic hordes without breaking a sweat. Such fast-paced gameplay is only possible with the game’s typically tight shooting mechanics. Every weapon, whether it be a Rocket Launcher or a pulsating energy sword, feel’s wonderfully weighted, slick and smooth, but packing just the right amount of punch. The varied arsenal is matched to an equally varied collection of enemies. Whether it be your average shambling zombie or a towering satanic titan, everything in Doom Eternal has the sole purpose of ripping you to shreds and feasting on your delicious human innards; the sad truth is, for the most part, they’re going to do just that because this game is hard. Never frustrating but always challenging, the game does an excellent job of pushing the player to their limits, forcing them to learn and adapt to survive.

Too easy? Go back and ramp up the difficulty, play with cheats or try one of the several game mode variants on offer. There’s an almost arcade-y “one more go” feel to its gameplay progression, a nostalgia which is apt for such an historic franchise. The end result, when everything is going right and the player fully understands the flow of combat, is a beautiful concoction of chaos. Of course, this is all orchestrated by a death metal soundtrack which perfectly encapsulates the on-screen intensity, building tension and even timing drops and audio queues to specific kills. Tearing off limbs and gibbing to your hearts content is even more rewarding and makes the player feel exactly how someone controlling the Slayer should feel: like a bona fide badass. 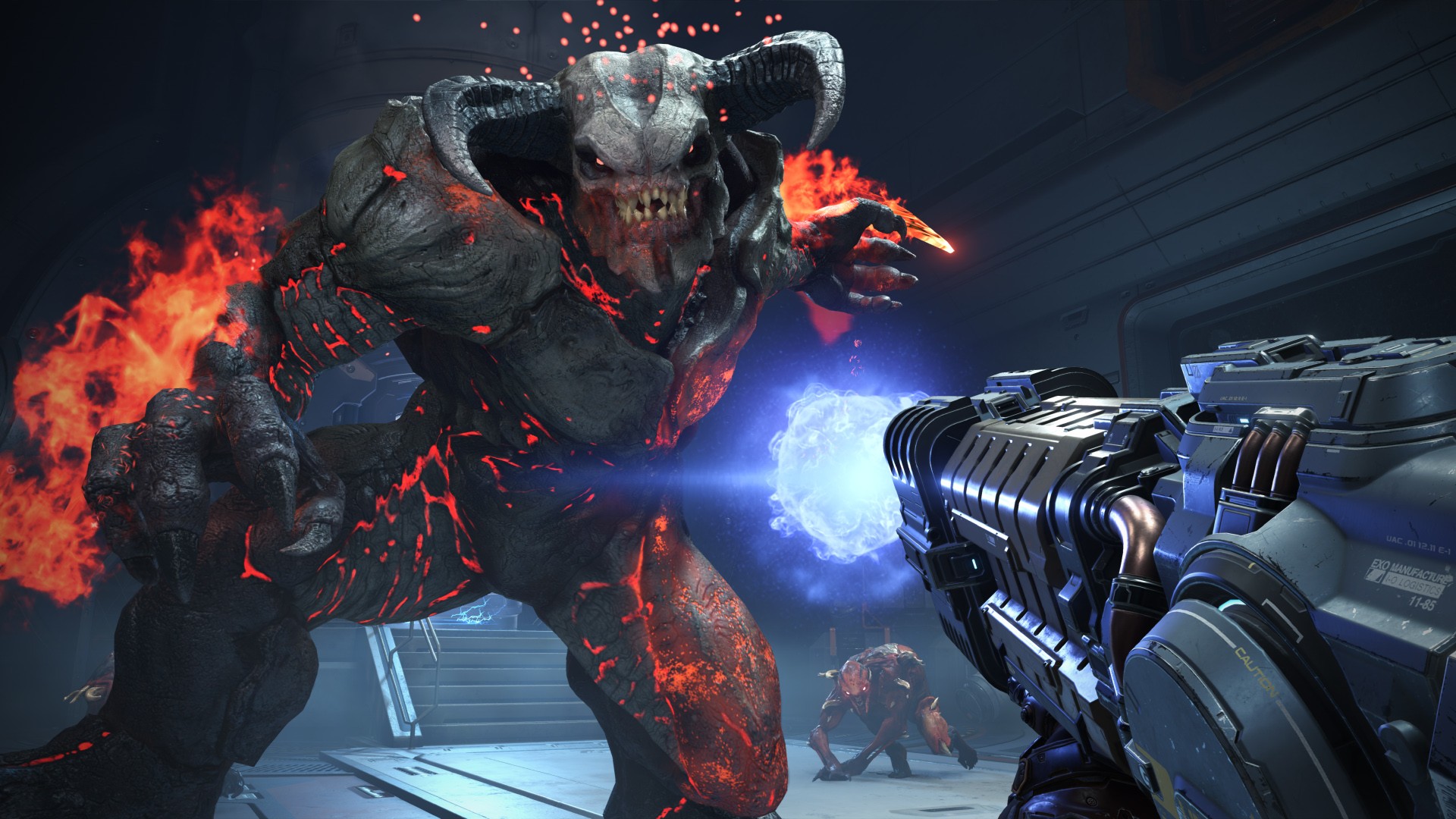 This dance of death is even more exciting with the addition of fresh traversal mechanics, most notably a shiny new grappling hook which lets you zip around the map. Whilst the platforming at times can feel a little clunky, the extra verticality and pace provided by the expanded movement options are used to great effect, both in terms of combat and exploration. On top of this, diverse and intricate level design provides arenas that are a joy to inhabit, with gameplay forcing the player to utilise every inch of space available. Visually compelling, the developers have done an excellent job of showcasing the games aesthetic and mechanical strengths in unison.

But the maps aren’t just for blasting apart swarms of imps, there’s plenty to sink your teeth into. Some fun puzzling offers a much-needed respite from the heart pounding action, whilst collectables and optional encounters provide some replayability; giving the player an incentive to back track and take a proper look around. The reward for all this effort is progress towards one of the games several, light RPG systems; whether that be upgrading weapons or unlocking abilities, allowing the player to customise their character to suit their playstyle. Completing weekly challenges and earning XP even translates over to multiplayer progress.

For many, 2016 Doom’s multiplayer was an unnecessary addition to a game that was solely about the single player campaign. Eternal hopes to rectify this with its “Battlemode”, by giving additional purpose to its existence. Regular support in the form of challenges, events and cosmetic rewards should give incentive for players to regularly drop in, whilst linking progress to the single player hopefully prevents the core audience from feeling alienated. The mode itself sees players control either a demon or the slayer himself in a 2v1 arena. It’s a short but sweet distraction from the main game, whose longevity is yet to be determined, but is still a definite improvement on their prior attempt at multiplayer. 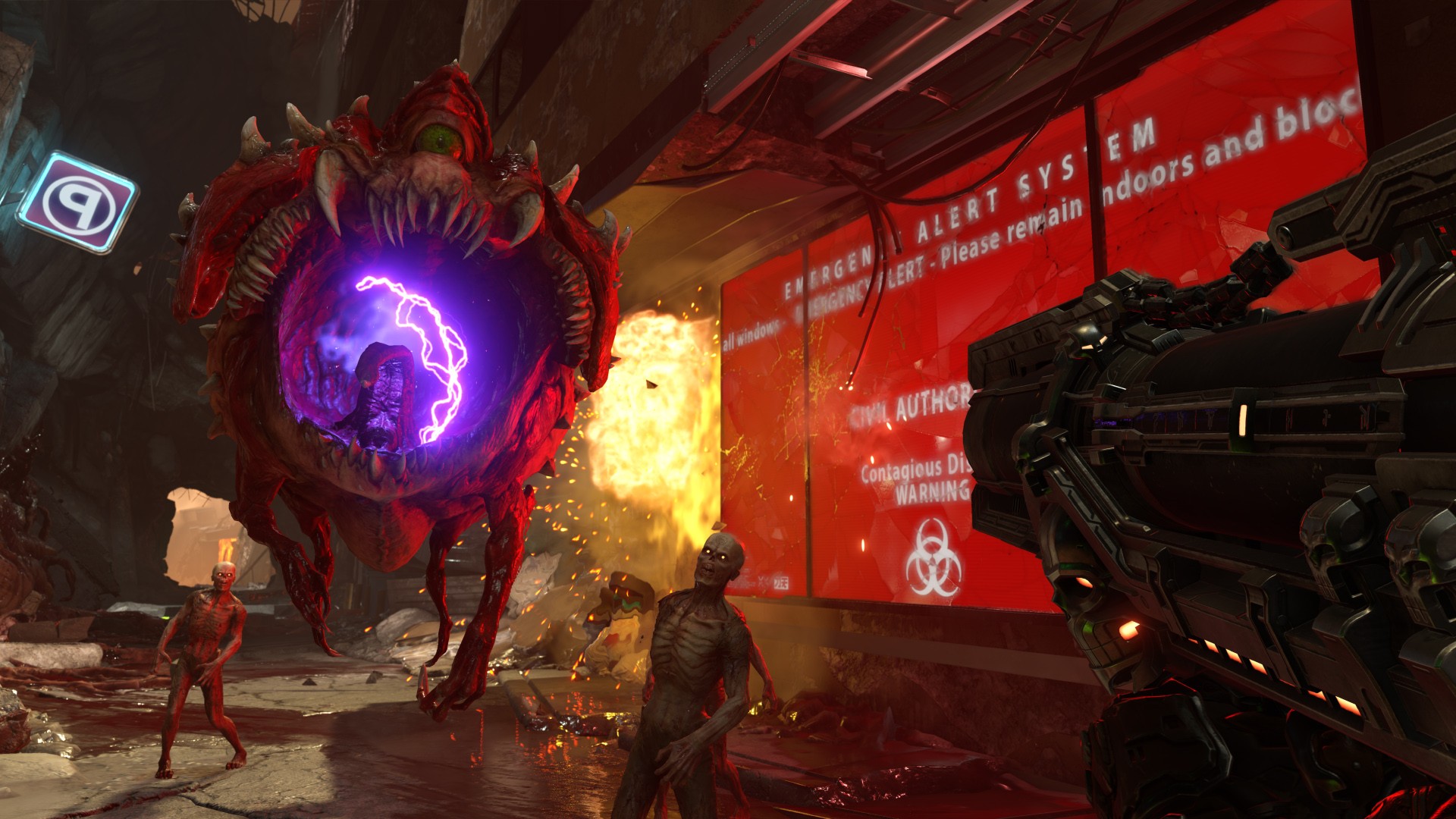 Eternal’s plot has received a similar face lift. You’re no longer moving from room to room, a trail of corpses in your wake, shooting bad guys for the Hell of it (pardon the pun). Instead the game delves into the franchise’s lore with some well executed world building, making the plot far more compelling than its predecessors. There’s actually reason to kill these demons other than the fact that they’re, you know, demons.

In summary, Doom Eternal is a prime example of how to do a sequel well, improving and expanding on its predecessor in almost every way whilst not losing touch of what made it a success in the first place. Given the praise the previous Doom received, well-oiled and enjoyable gun play was pretty much a given. Eternal excels in giving this gameplay far more depth and meaning, presented in a neatly wrapped blood-soaked package. It’s as if everything’s been dialled to eleven. Whether that be Mick Gordon’s gorgeous score, the flashy new puzzle and combat mechanics or the exhilarating graphics and level design. Doom Eternal is everything a Doom game should be and more.

It’s as if everything’s been dialled to eleven. Doom Eternal is everything a Doom game should be and more.