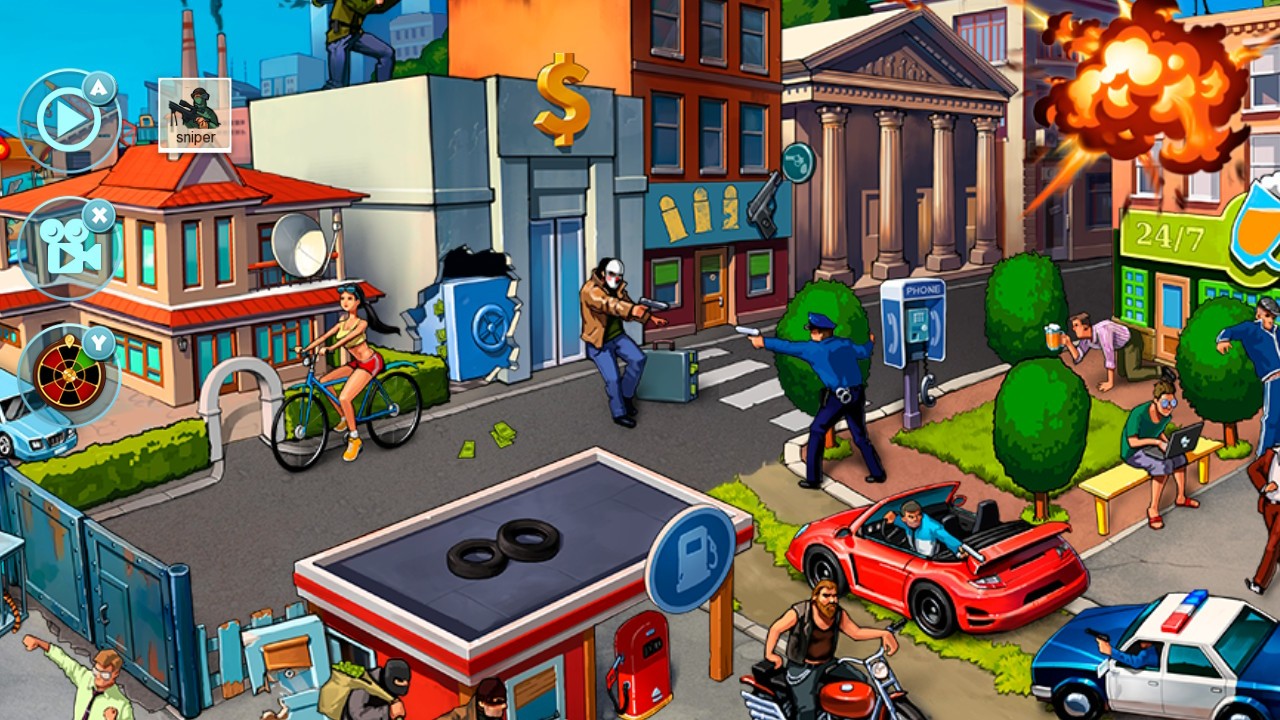 I’d always been intrigued by the original Doodle God game, so when the chance arrived to play the spin off, Doodle God: Crime City, I was more than happy to give it a go. So was it what I expected? Read on and find out.

The Doodle God games are basically ‘match pictures and tell a story’ titles and Doodle God: Crime City sticks to this formula. Think playing Snap or any kind of matching card game you played with your parents as a very young child and you’ve got the basic principle for how these games are set up to work.

An issue I faced very early on is that the game’s tutorials aren’t the best at explaining what you should be doing and also why, which I felt also carried through to the main game. Often times, it was a case of trial and error when matching pictures to progress the story. Sometimes there was an obvious link between pictures, but on many occasions I felt I was going through the motions randomly attempting to match pictures just to rule them out. Then going through the same process again to make sure I’d not missed anything. Not exactly the most fun way to play the game and often quite frustrating. 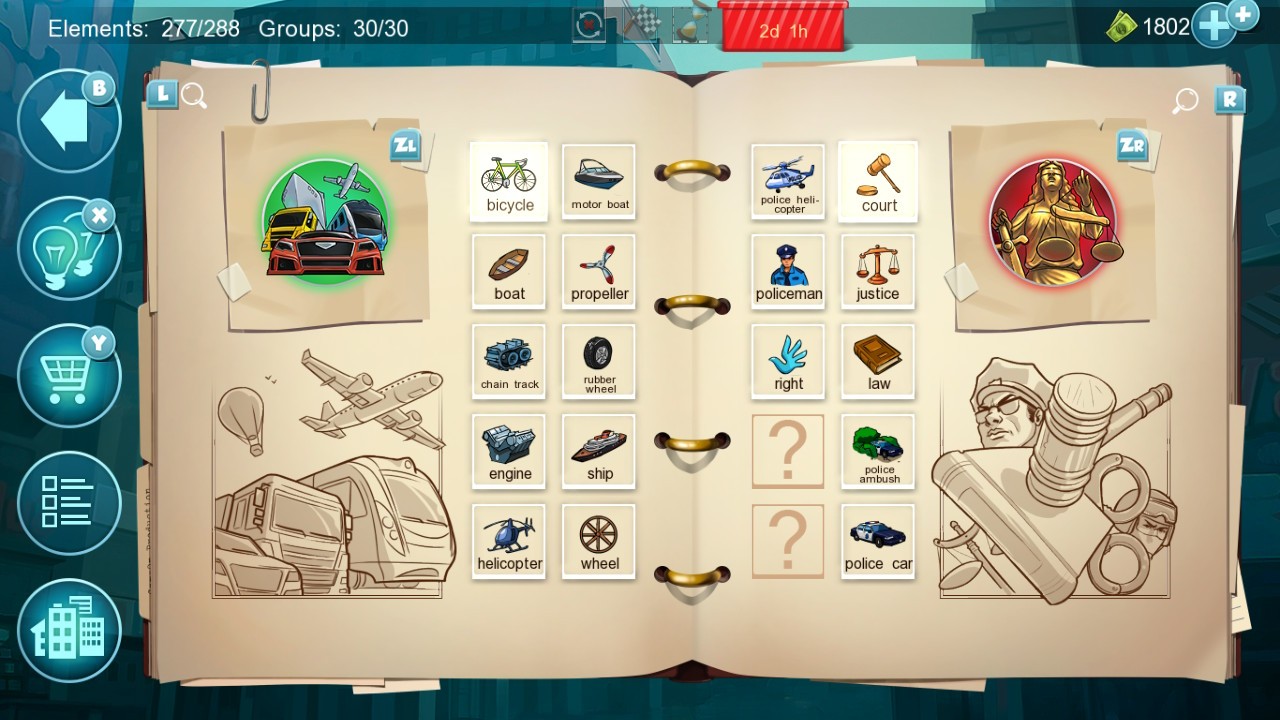 Visually Doodle God: Crime City uses a cartoon art style and this is attractive, albeit simple. But it does the job. The same applies to the sound, there are no voiceovers, just a continual stream of a pleasant, but nothing special, soundtrack that plays in the background. Spend any time with this game and you’ll probably end up turning that off.

There are two game modes, the first is where you can create your own environment using the very limited tools at your disposal from the start. To create anything substantial using these tools would take an extremely long time and it’s here where the game uses or pushes buying additional credits. More about that later though.

The second is the story mode and where I spent the bulk of my time with Doodle God: Crime City. This is much more straight forward than the admittedly quite intimidating open mode which, due to the lack of a decent tutorial, feels quite overwhelming when you first begin. Maybe starting with the story mode and going back to the open mode when you understand the game’s logistics is a better way to play in hindsight. 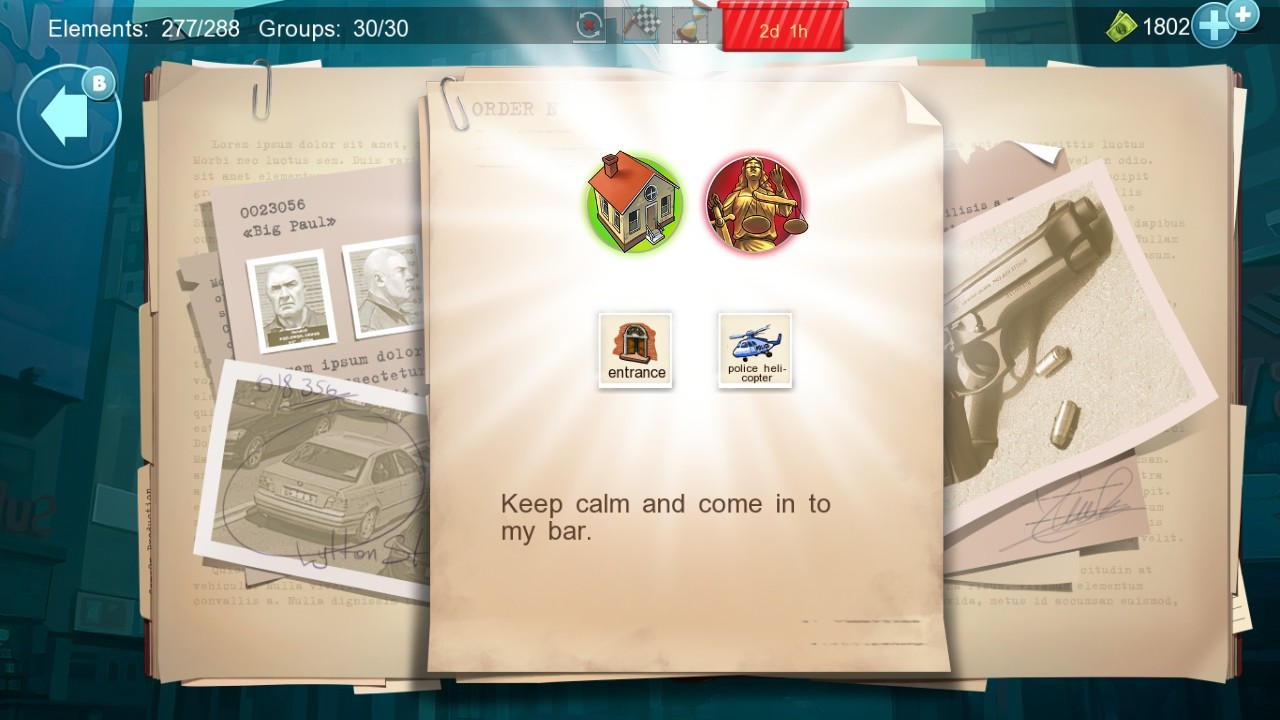 The story mode in Doodle God: Crime City is much more fin in my opinion than the open mode. At least here you have a much clearer idea of what you should be trying to achieve and when. So I played through most of the stories and they were fun, but nothing special. Far too much of trying anything and everything to progress the story and some of the eventual matches just didn’t really make much sense. Almost like they’d been left innocuous to confuse the player. But why would Doodle God: Crime City do this?

Remember earlier when I mentioned buying additional credits? Doodle God: Crime City is obsessed with this, all throughout the game and it’s this that really lets it down in my view. You will already have spent money to download the game in the first place, so why is it so obsessed with charging you even more to make the game fun and not what it is without additional clues which is largely frustrating? It feels very much like a mobile phone game that has been ported to the Switch and whilst I don’t have a problem with mobile games charging for extra content when they are mostly free to download, it does leave a rather unpleasant aftertaste when a game you’ve paid for is asking you to do the same.

So overall, is Doodle God: Crime City worth a download? The basics are there and the game could be fun, but it needs a much better tutorial and also the obsession with paying for extra content needs to be toned down.

The basics are there and the game could be fun, but it needs a much better tutorial and also the obsession with paying for extra content to be toned down.