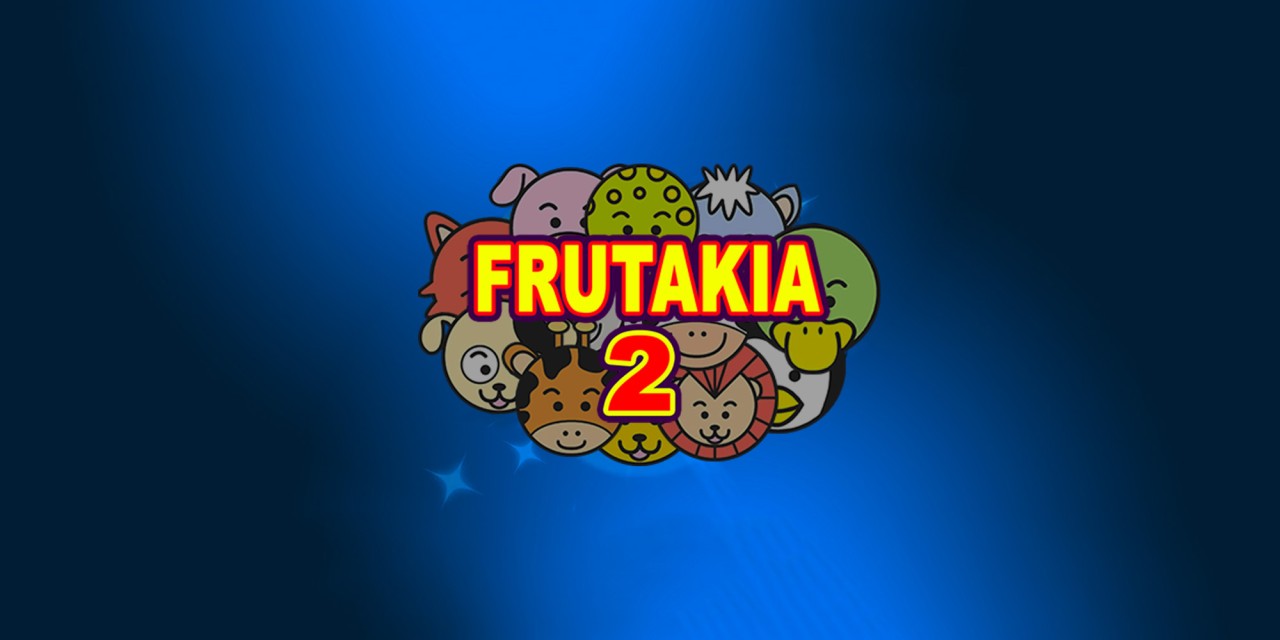 PlayStation Store used to be the last bastion of decency, when it came to digital store fronts. As Steam, has been swallowed by the charlatans of games development years ago, just like Xbox Live Market Place. However, with each and every passing month, it seems like Sony’s flagship online store, just like Steam and XBLMP, is also becoming a cesspool of cash grabs, mobile ports, and mini games, which most computer programming students, could compile in matter of days, if not hours. And the recently released Frutakia 2, is just another nail in the ever-expanding PS store cofin.

Frutakia 2, is a virtual one-armed-bandit – or fruit machine if you prefer this particular name – and is a product of the digital ‘mavericks’ known as Crazysoft Limited. A developer who in addition to Frutakia 2, has also developed such hits as Palm Reading Premium, Personality Psychology Premium, and the ground-breaking Tarot Readings Premium. In-fact, the developer in question has produced seven games, if you can even call them that, in a space of eighteen months or so. Meaning that they’ve released a title every 2.57 months. 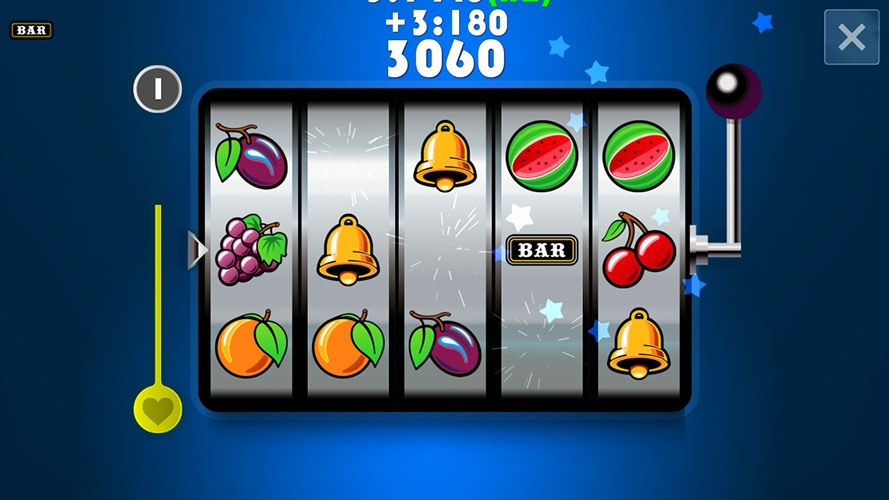 If you even have a remote glance, at Crazysoft Limited’s track record, you’ll know straight away that their ‘’games’’, are nothing to write home about. In fact, for the most part they are quite literary nothing, as just like Frutakia 2, the feature limited to no gameplay, and UI and interface, which most self-thought minor indie developers would be ashamed of. However, this is not a review of the developer as a whole, but their most recent console outing, in the form of the aforementioned Frutakia 2, which just like the rest of developer’s portfolio, is beyond tragic.

Frutakia 2, is a simple simulation of a one-armed-bandit. But instead of credits, you use health to spin the wheels, which clearly makes sense. And depending on the difficulty, your health will drain at varying speeds. However, if you decide to play Frutakia 2 on hard mode, your health will drain regardless of whether or not you spin the wheels, as your health bar depletes itself bit-by-bit, as you play. And it would all be well and good, only if there was a justification for the use of health, instead of money to play. As to me, it seems like Frutakia 2, is more of a fancy Jigsaw trap, where you have to reach the ultimate level, before you are drained of your blood, rather than a simulation of an old-school fruit machine.

There is no depth to Frutakia 2’s gameplay, as all you do is spin the wheels, and from time to time, spin a singular wheel, in order to match a pattern. There are no additional features, or modes, hell, unlike a real fruit machine, Frutakia 2, doesn’t even let one place his/her own bets. So ultimately, it is nothing more than a shallower version Cookie Clicker. But thinking about it now, comparing Frutakia 2, to Cookie Clicker is an insult, as the latter possesses features, mechanics, and systems, of which the former can only dream of. 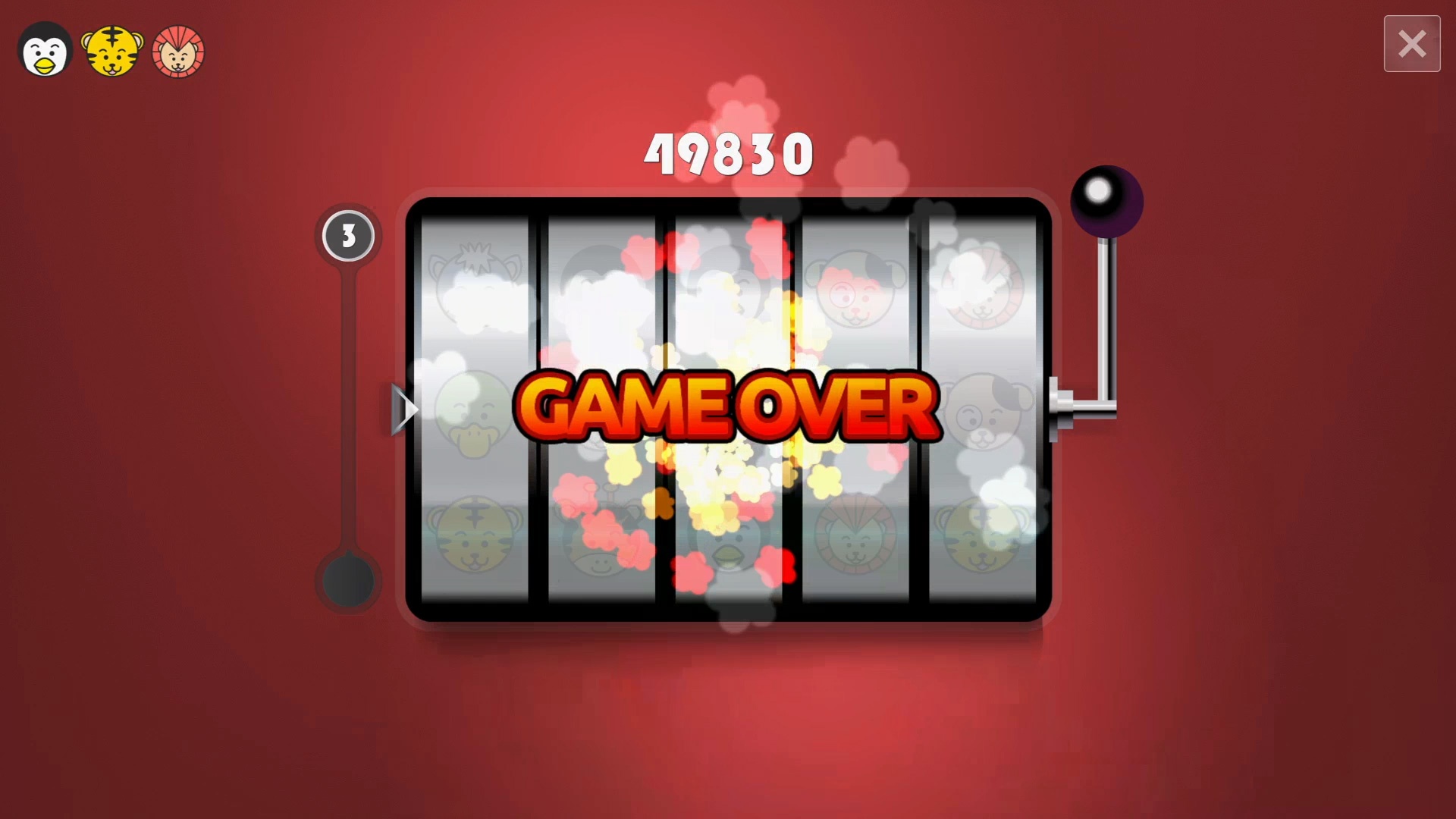 Not to be misunderstood, there is nothing inherently wrong with Frutakia 2, as it works perfectly fine. However, it would be a stretch to call it a game, and an insult to all developers, indie or otherwise. And it’s a true shame that titles such as The Witness, The Binding of Isaac, and The Vanishing of Ethan Carter, have to share a platform with glorified online games such as Frutakia 2. And yes, there is enough room for everybody, as long as all involved, put in as much effort in order to earn a place on the PlayStation Store, Steam, or Xbox Live Marketplace. And in all honesty, if Frutakia 2 were a free-to-play title, with paid skins, and a wider variety of modes and features, then even I would welcome it with open arms. But as things stand, Frutakia 2, is not even worth the 98MB, which it will take away from your console’s hard drive space.

If I could give Frutakia 2 a 0, I would. But it is a working piece of software, and whether one wants to admit it or not, it is a plus. And while the positives begin and end at this very point, it has to be emphasised that Frutakia 2, should not be a priority on any gaming list. And that’s simply because of what it is. It is an incredibly shallow, and unrewarding experience, which lacks any depth or substance. And has no inherent worth, past the ten or so trophies which it possesses, but if you look for an easy Platinum Trophy, then you are much better of going for This is Mayo than Frutakia 2.