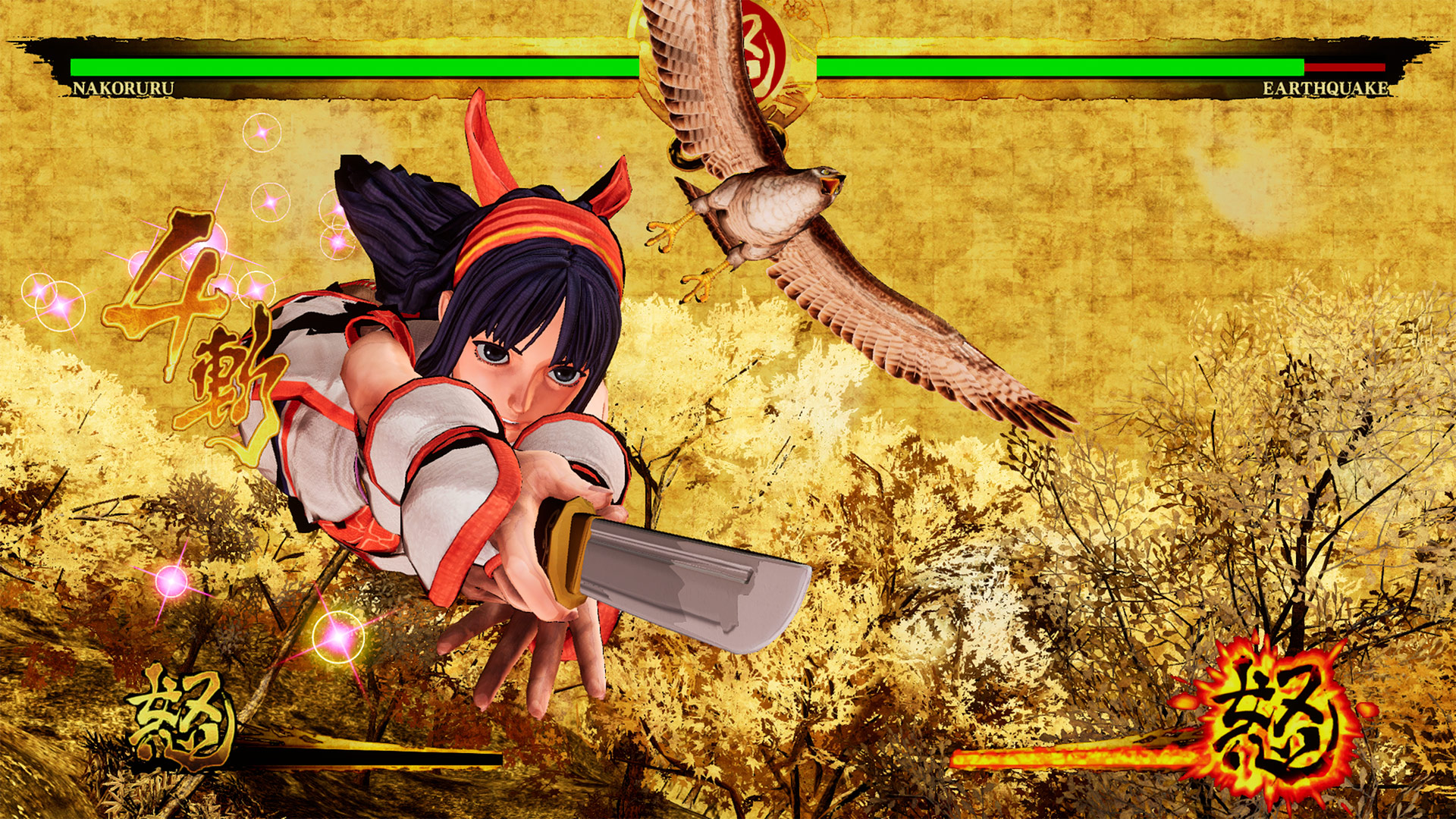 It’s slow, it has little in the way of combos, the battle system in incredibly basic and it’s disappointingly short on features……oh, it’s also exceptional. Yeah, I should probably mention that it’s exceptional.

More of a refinement than any sort of evolution, 2019’s Samurai Shodown will feel immediately familiar to fans of the series. Despite a handful of new moves and a subtle but successful change to the art style, this is still largely the same fighter it has always been. With basic low, medium and high attacks combined with a less powerful, but much faster, kick move, Samurai Shodown remains a fighter that is all about managing distance and carefully picking your moment. 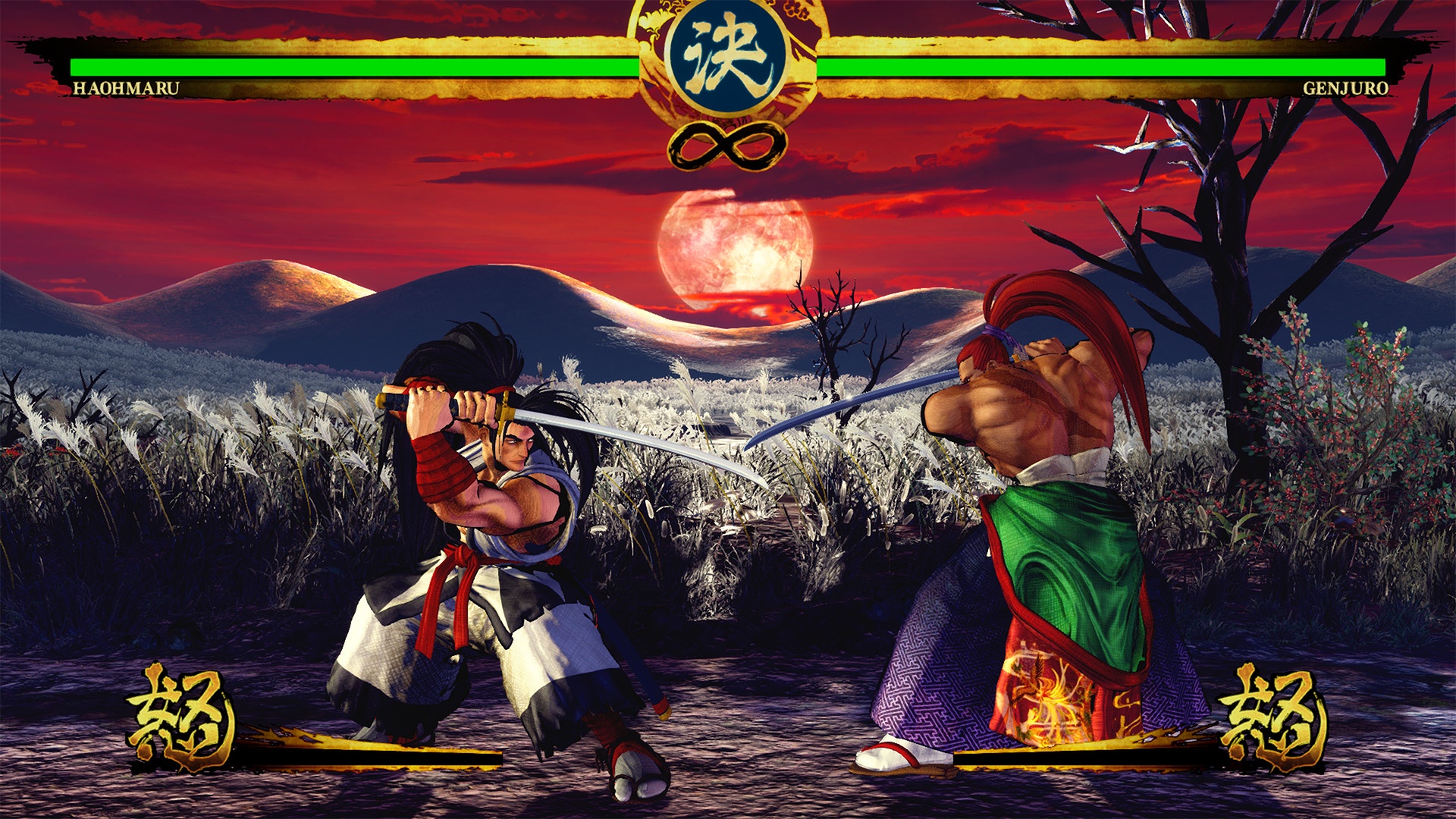 There are still special moves of course, and these do help to distinguish the games’ limited but impressively unique cast of 16 fighters, but like the rest of the game, they are all linked to the huge sense of risk and reward that comes from each and every attack. Ranged attacks do help to manage range, but showy, special strikes, while visually impressive and very effective, invariably leave you hopelessly exposed if they go wrong.

Like the gorgeously realised Lightning Strike attacks, Samurai Shodown is imbued with stylistically bold presentation throughout. It might not be the most technically impressive fighter from a visual perspective, but due largely to its commitment to both Japanese history and Japanese artistic design, it still manages to stand out from the crowd. Close to the strong lines and painterly style used in Street Fighter IV, Samurai Shodown’s visuals are bold, effective but immediately recognisable. The characters, while slightly updated, are still based largely on the classic 90s design, and honestly, it’s all the better for it. It might lack the visual wow factor of Dragon Ball Z  or the technical prowess of Mortal Kombat 11, but by keeping things relatively simple, the visuals match the games’ ethos, creating a clean, easy to understand fighter and one that puts effective mechanics above all else. 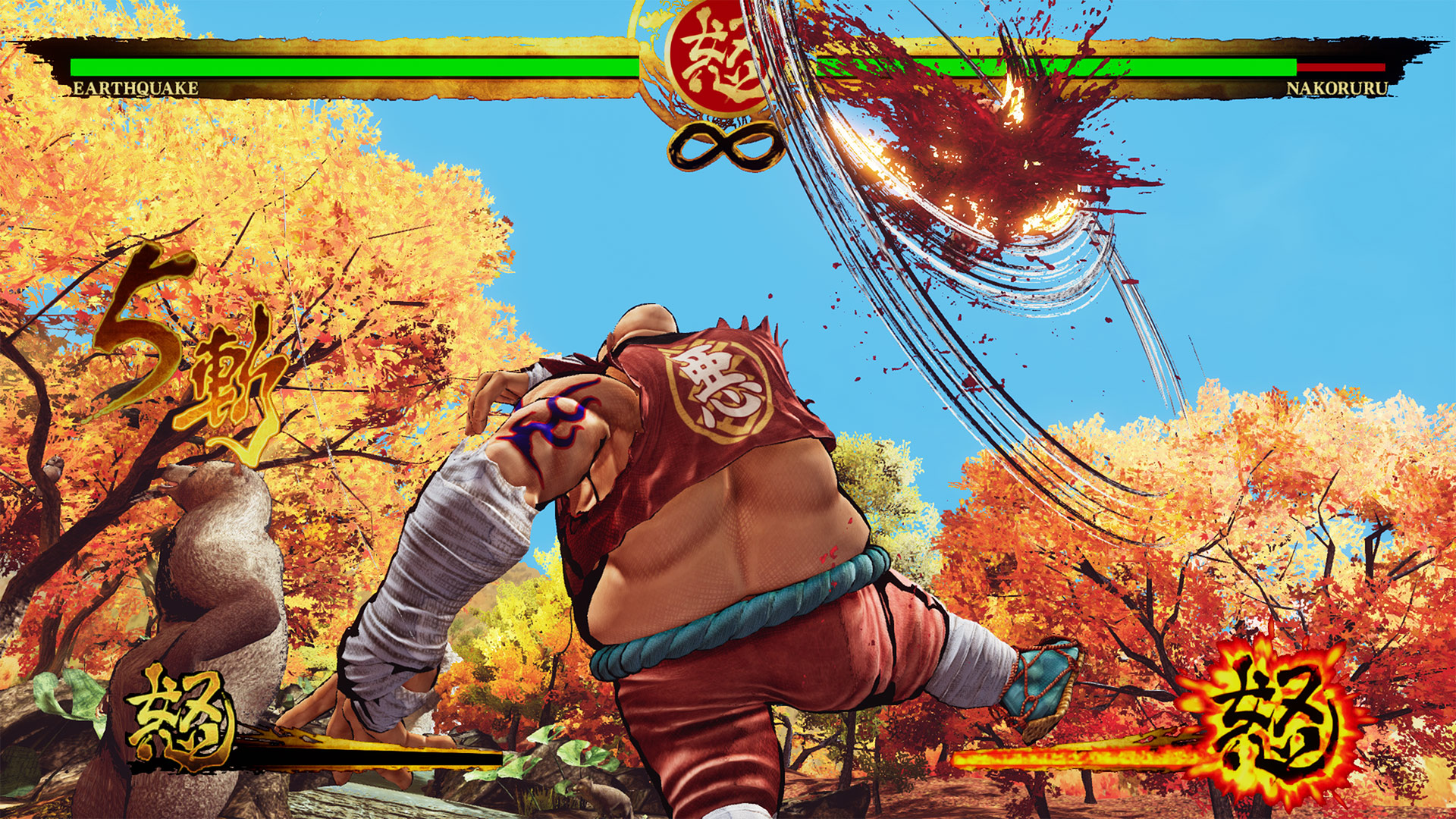 It might lack game modes, and the slow, deliberate pace might not be to everyone’s taste, but for fans of the series, this will prove a hugely successfully return to one of the 90’s premier 2D fighters. Despite a handful of well-implemented refinements and a carefully considered change to the games’ art style, this is Samurai Shodown as you remember it, and it really is as fantastic as ever. It’s unique mechanics and truly devastating attacks make this one of the most approachable fighters on the market, but like the best fighters around, the simple mechanics hide a wealth of carefully constructed depth.

It’s unique mechanics and truly devastating attacks make this one of the most approachable fighters on the market, but like the best fighters around, the simple mechanics hide a wealth of carefully constructed depth.