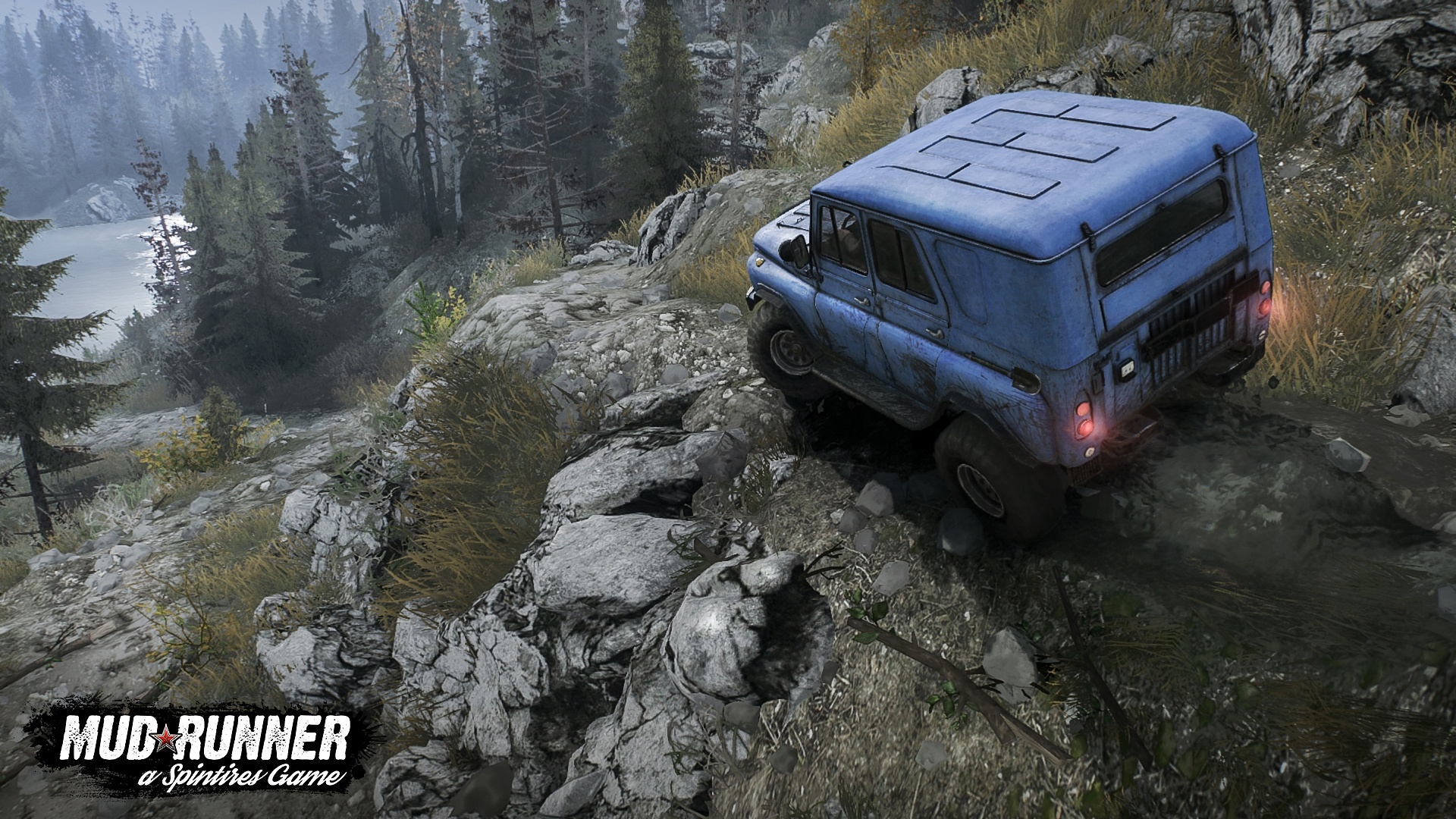 Each region in the world, has its own type of games, which seems foreign to all who live outside of it. Asia, is renowned for its anime, text heavy, adventure titles which take tens of hours to even get going, let alone complete. Whereas North America, is best known for an abundance of rather mundane, clunky, and overly simple hunting games, which come a dime a dozen, as there is at least one of them being published each and every week. However, as strange and eerie as North American, and Asian productions are, they’re nowhere near as odd as games which come out of Europe. As ultimately, Europe has spawned such classics as Farming Simulator, Forklift Simulator, and last but certainly not least, Euro Truck Simulator.

Without a shadow of a doubt, Europe is a hotbed for the strangest, and in some cases, dullest games available. However, every now and then, there’s a game which manages to shock the vast majority of the industry, as it is capable of being entertaining, while concentrating on an incredibly mundane subject. And the recently released Spintires: Mudrunner, by Sabre Interactive, showcases that not every single oddity, has to be as soul destroying as the European Forklift Simulators, or the North American Hunting sims.

Spintires: Mudrunner, or Mudrunner: a Spintires game, just like the aforementioned Euro Truck Simulator, is a title which is all about trucking. But where the latter is all about driving trucks on the smooth as silk motorways for hours a time, then the other is about the exact opposite, as it is about being stuck in mud in a middle of a dense forest, while frantically trying to find the right gear. And while many could be initially put off by a title which is all about mud, as it sounds just as interesting as watching the grass grow, or the paint dry, then they’d be wrong for judging this particular book by its cover, as despite of its rather down-to-earth core themes and premise, it is an incredibly entertaining, and exciting title. 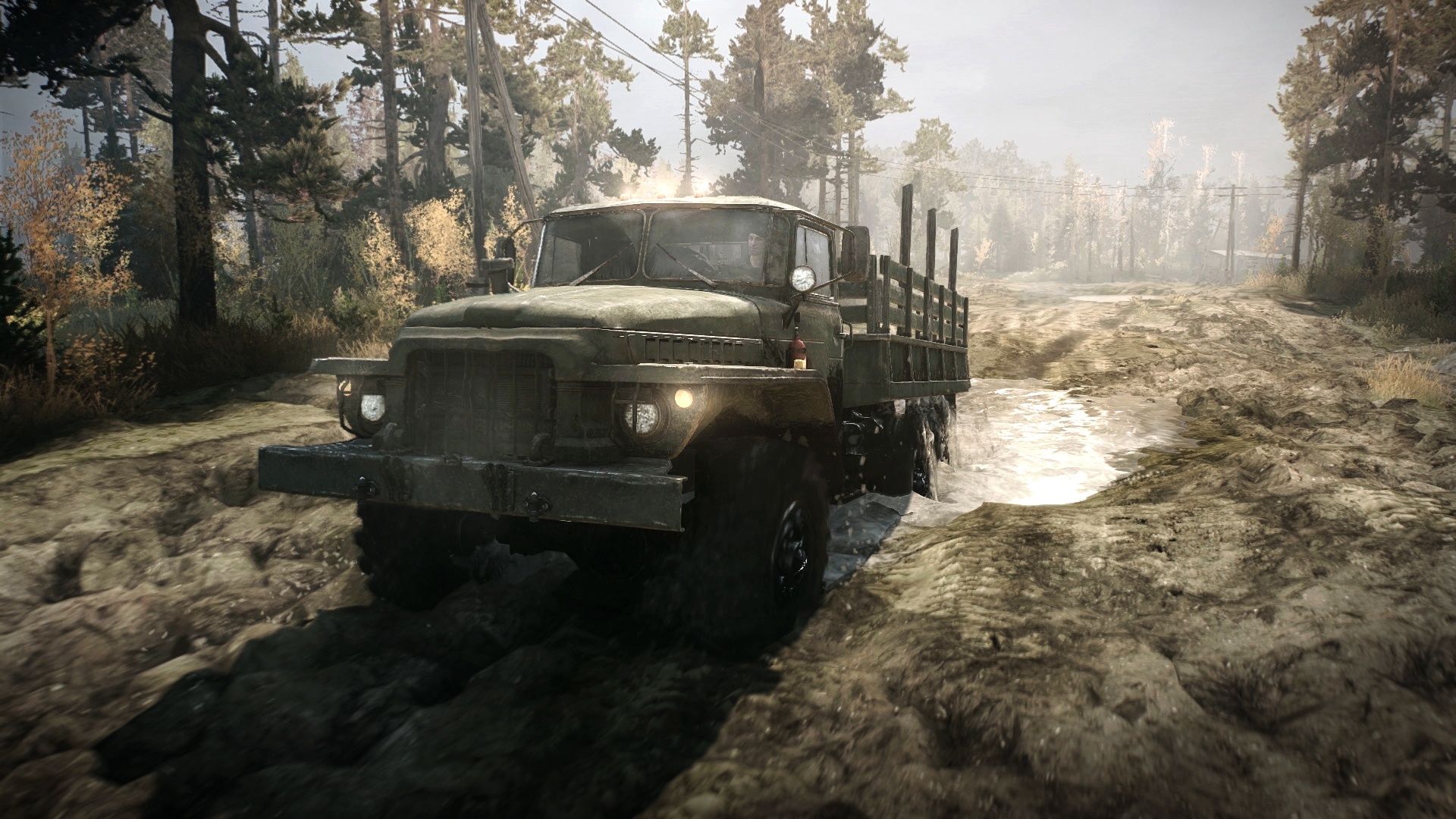 Unlike other driving sims, Spintires: Mudrunner doesn’t feature an abundance of different buttons and switches which have to be pressed in order to even begin the journey. In fact, in most instances, all that one has to do is press circle in order to release the parking brake, and then simply press R2 and continue onwards. However, this is where the simplicity of this particular title ends, as in order to make it out alive and in one piece, one will be required to not just learn title’s controls, but master them.

On the outside, Spintires: Mudrunner may look like a mundane driving sim, but on the inside, it has much more in common with survival horrors, than your average Forklift Simulators. First of all, all the in-game vehicles, of which there is over a dozen, can, and will get stuck at any given point while-in-game. And in order to for one to free him/herself, one will either have to use a winch – which can be attached to any tree, and boulder – that can snap or pull all the secondary objects like trees out of the ground, or alternatively one can also refer to the vehicle’s four-wheel-drive. However, as beneficial the four-wheel-drive can be, it can also be the be all and end all of every playthrough.

Every in-game vehicle features two drives, two-wheel-drive, or all-wheel-drive, and each uses different amounts of fuel. And understandably, the all-wheel-drive mode can take up three or four times more fuel than the two-wheel-drive, and one always has to maintain a balance between the two. As overuse of the all-wheel-drive can lead – in many instances – to the end of a playthrough, as empty vehicles, sometimes have to be left-for-dead, as it is not always possible to retrieve a car out of mud pit, or a middle of the river. And if the said vehicle was loaded with logs, or petrol, then one will most likely have restart completely, as a single dead vehicle with a full load, imposes so many variables on the game, that is easier to restart, than risk losing another truck.

The fact that any and all playthrough can come to a sudden end due to a single mistake will keep one on his/her toes, at all times. As nobody will risk hours of progress being erased due to a single daredevil-like stunt, which can lead to the vehicle being destroyed; or a moment of incompetence which can result in one being stranded in the middle of a forest with a full load, and an empty fuel tank. And while the risk reward system of Spintires: Mudrunner can seem overly punishing, and in some cases unrewarding, it is ultimately what makes the title great. As it elevates it from being a mundane, throwaway experience, into a thrilling driving sim, which creates as much tension as Far Cry 2, or the more relevant Dark Souls Series. 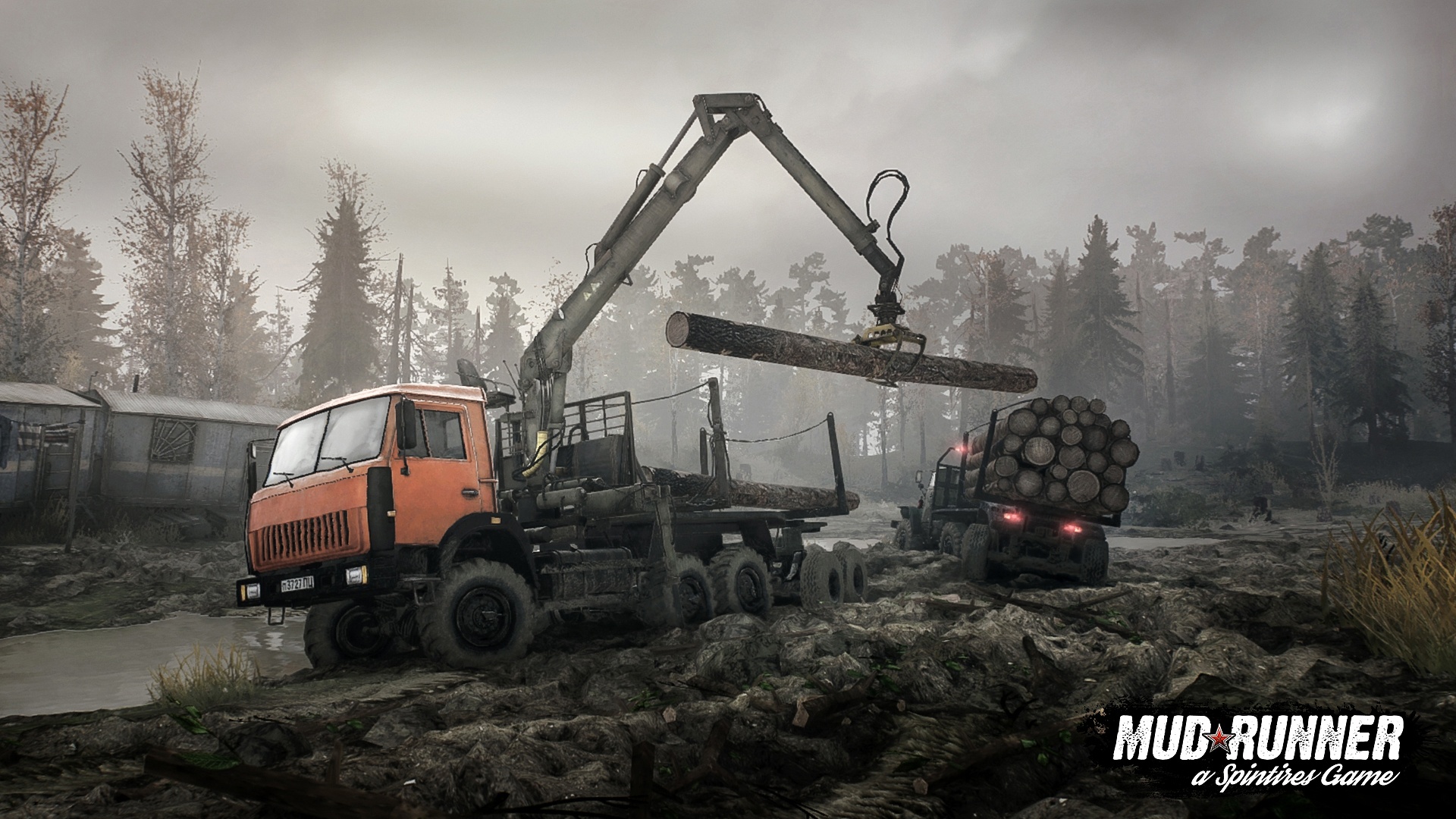 Gameplay wise, Spintires: Mudrunner sure is incredible. But in addition to its perceptive excellence, it is also mechanically sound, as all of the in-game content which features dozens of vehicles, nine expansive maps, and plethora of modes, is stored within a 1.6GB package on the PlayStation 4. However, as impressive as this particular feat is, it is being partially undermined by the title’s rather ironically uneven terrain placement, as in some parts of the game, even solid concrete behaves as erratically as liquid mud; and the in-game framerate has a tendency to drop sporadically, despite of the fact that Spintires: Mudrunner, at least visually, is rather underwhelming.

The core of Spintires: Mudrunner, is at this point in time three years old, and the age of the title can be seen right from the very start, as it is riddled with blurry textures, which are present even on the vehicles, which in this day and age is simply unacceptable. In addition, the title in question also possesses a handful of objects, such as the gear stick, and the driver’s model, which are both equally dated. But considering the reminder of the title’s visual façade, one could say that the low-quality models, are in this instance, par of the course. But despite of the rather lacking visual façade, Spintires: Mudrunner is still an excellent title.

Ultimately, Spintires: Mudrunner just like all the other European simulators, is an incredibly odd game, but unlike the rest, it is a title which can be enjoyed by all, and not just fans of certain professions, or real-life farmers. And that’s because the quality of Spintires: Mudrunner is in the emotions which it instils within the player through gameplay, and not within its visual façade or the abundance on needles features. But that said, due to its rather dated presentation, and numerous quirks in form of unstable framerate, and equally unstable solidity of the in game ground, it has to be underlined that it is not a perfect game, and due to that fact, it cannot garner a score from the very top of the chart.