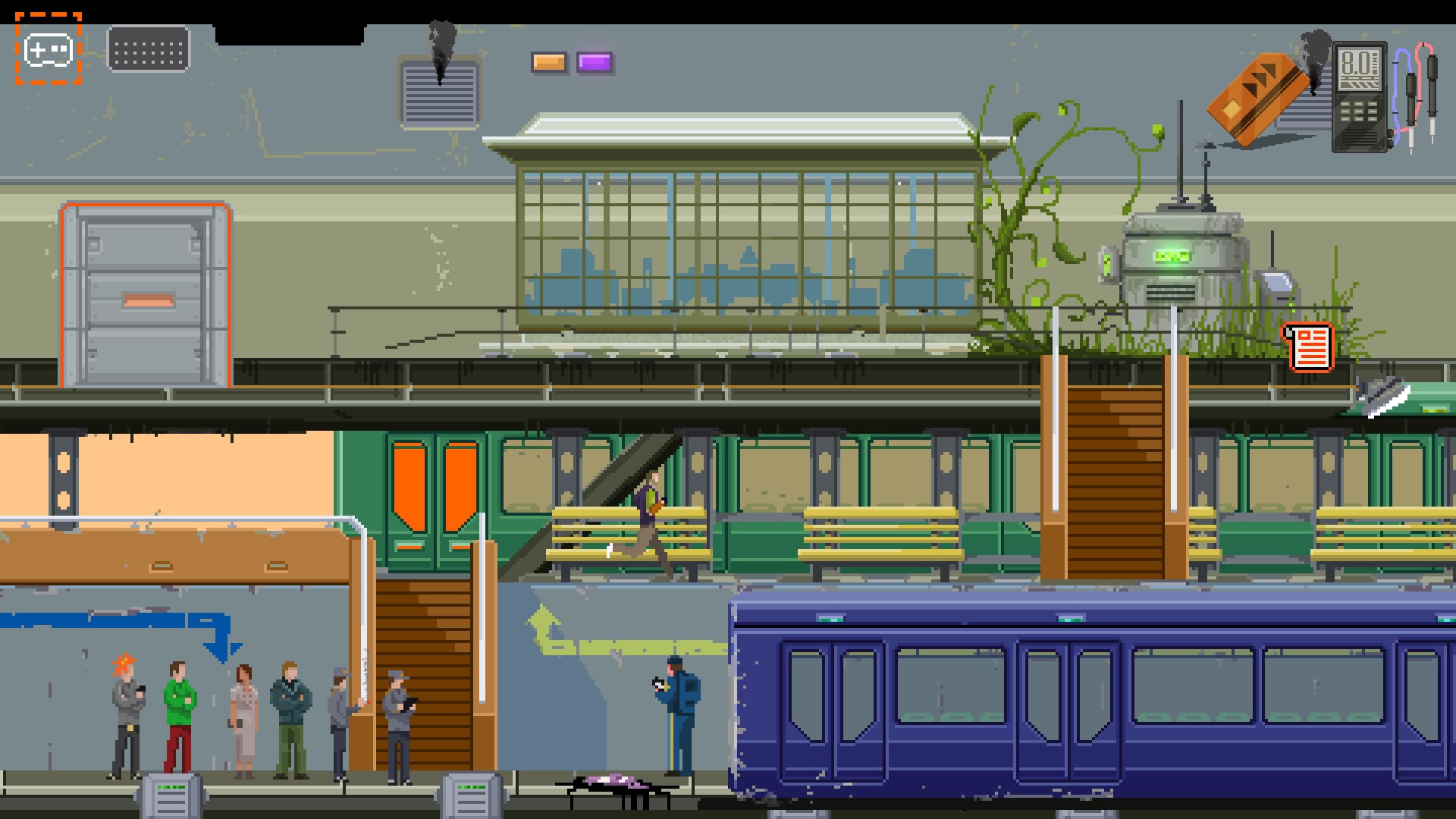 Not so long ago, Thimbleweed Park was released across all platforms. And in a way, its launch signified a beginning of a new era for point-and-click adventure games. And within a month, we’ve seen titles such as Ken Follett’s The Pillars of The Earth, and most recently DreamBreak come to fruition. But where Thimbleweed Park, and Ken Follett’s The Pillars of The Earth, were inspired by pre-existing trends, and source materials, DreamBreak on the other hand was presented as a unique experience.

DreamBreak takes place in a futuristic, cyber-punk version of the communist Soviet bloc, where the authoritarian state controls all, and does so through surveillance and extensive violence. And just like any other story, it follows a string of events in a life of a singular individual. But where IPs such as Blade Runner, Deus Ex, and Matrix have managed to create meaningful and impactful stories, while using similar settings, then unfortunately, it has to be said that DreamBreak, isn’t fit to even be placed within the same category.

DreamBreak’s plot is a one big cliché – an average working-class man, through unforeseen turn of events, is implicated into a story of intrigue and societal horror. And with every chapter, title only further adds additional tropes, which are to be expected from any and all dystopian, cyber-punk titles. And even if one were to disregard DreamBreak’s overreliance on themes, which over the decades have been grinded to death, then it would still change nothing, as the plot itself feels rather uninspired, and quite frankly boring 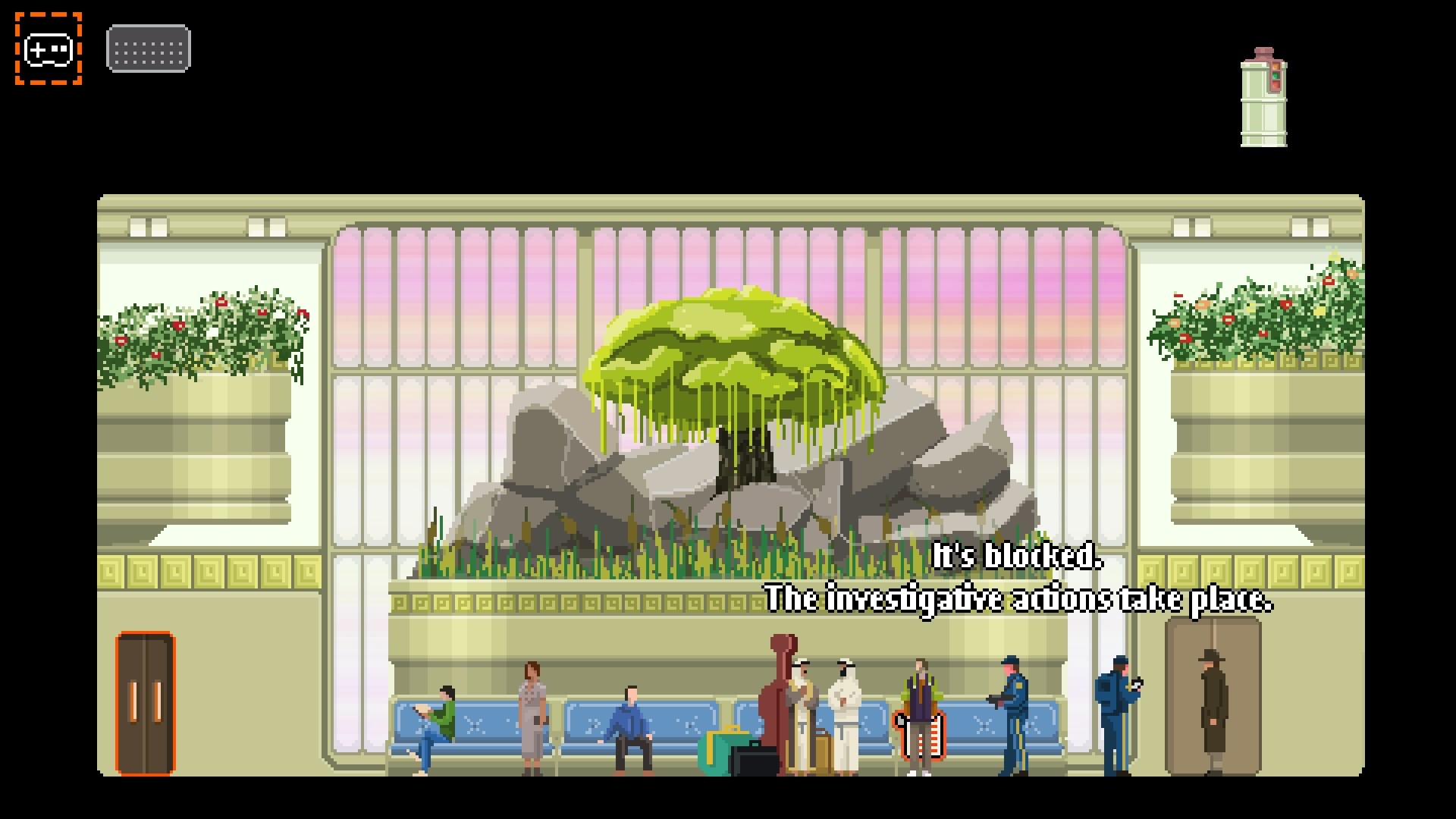 Title’s such as DreamBreak usually possess unique features. Life is Strange allowed the players to manipulate time, Ken Follett’s The Pillars of The Earth featured choices which have actually mattered in the grand scheme of things, and Thimbleweed Park featured a wide array of unique stories, which in the end came to a singular conclusion. But when one takes even a single look at DreamBreak, he/she will struggle to see anything even remotely unique, or even interesting about it. And that’s because everything that can be found within DreamBreak has been implemented in another title before, and usually to a much higher degree of quality.

When I’ve initially approached DreamBreak I was really excited about it, as I found the premise of it utterly intriguing. But the title at hand cannot even deliver on its initial promise. Yes, within the world one will stumble across a handful of signs written in Cyrillic, but besides that, the world of DreamBreak looks just like any other pixelated point-and-click title. And that’s a true shame, as if executed correctly, DreamBreak could have reached immeasurable heights.

It is possible to go on for hours about the things that DreamBreak does incorrectly, but there is simply no need. And that’s because the negatives outweigh the positives in such astounding ratio, simply because DreamBreak seemingly only possess a single positive quality, and that’s it file size – as it is about 45mb small. And in comparison, to other titles of the point-and-click genre it is borderline non-existent. But then, it offers a 10th of the content, and the 5th of the quality that those titles do, so in a way, the file size is rather fitting. But unfortunately, the same cannot be said about its price-tag. 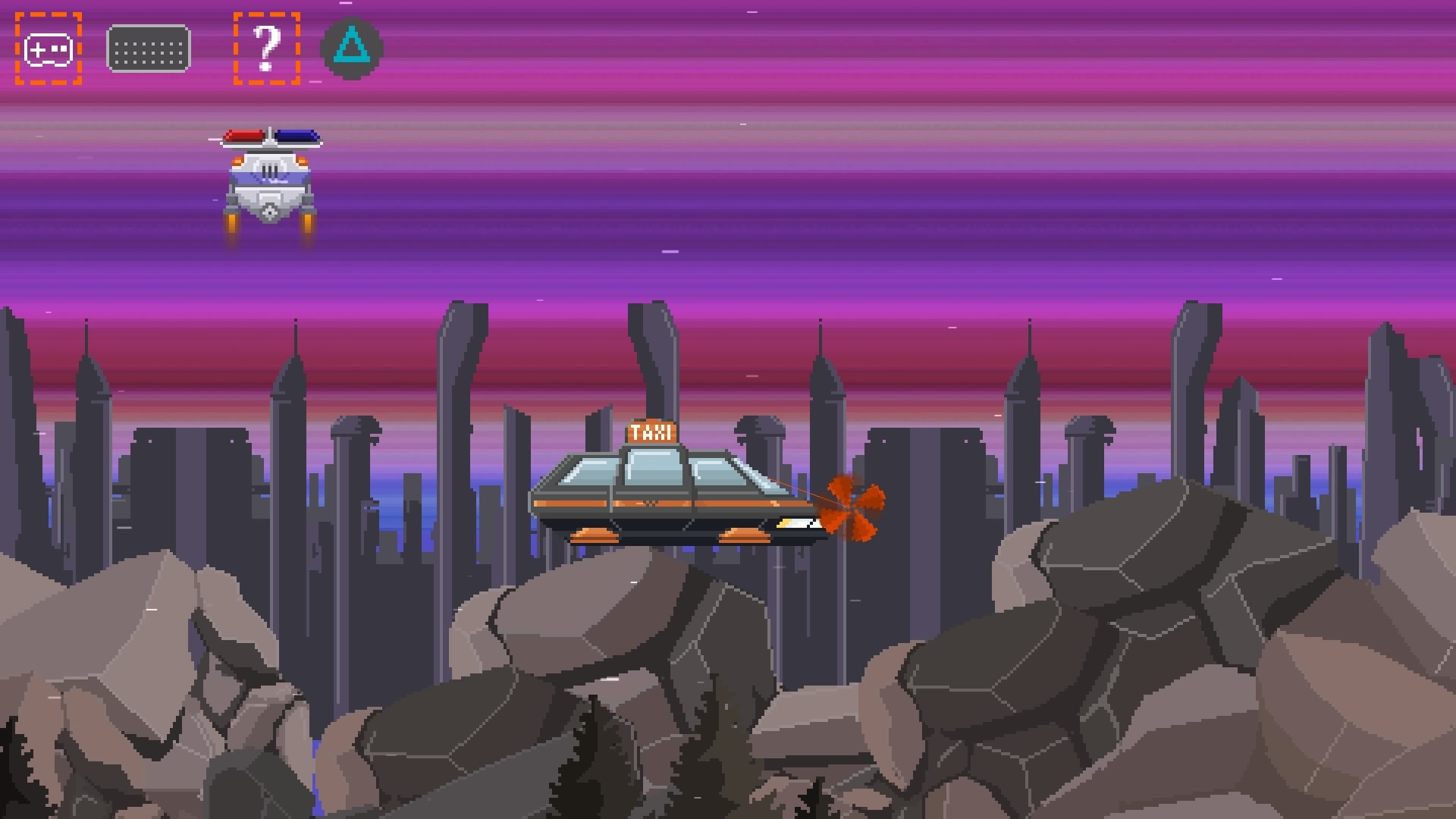 At the time of its release, DreamBreak retails on PlayStation 4 for £7.99, which under any other circumstances, could be considered a fair, if not a low price-point. However, for a title as insignificant as DreamBreak, it is simply too much. And some could say that such price point is perfect, and justifiable, as DreamBreak presents one with a range of content. But in reality, the said content boils down to monotone exploration, and easily exploitable combat. And both of these are situated within clunky, and counterintuitive control scheme, which is ultimately title’s final undoing.

In-short, all that has to be said about DreamBreak, is that it is simply a title unfit for console environment. It could work great on mobile devices, and it definitely performs better on the PC, but ultimately, it is not an adequate console title due to its controls. And once one combines the underwhelming, and at times frustrating control scheme, with title’s other flaws, he/she is served with a cocktail of meritocracy, with a sprinkle of failure. Which at most warrants a price tag of £1, but even then, it is a stretch.