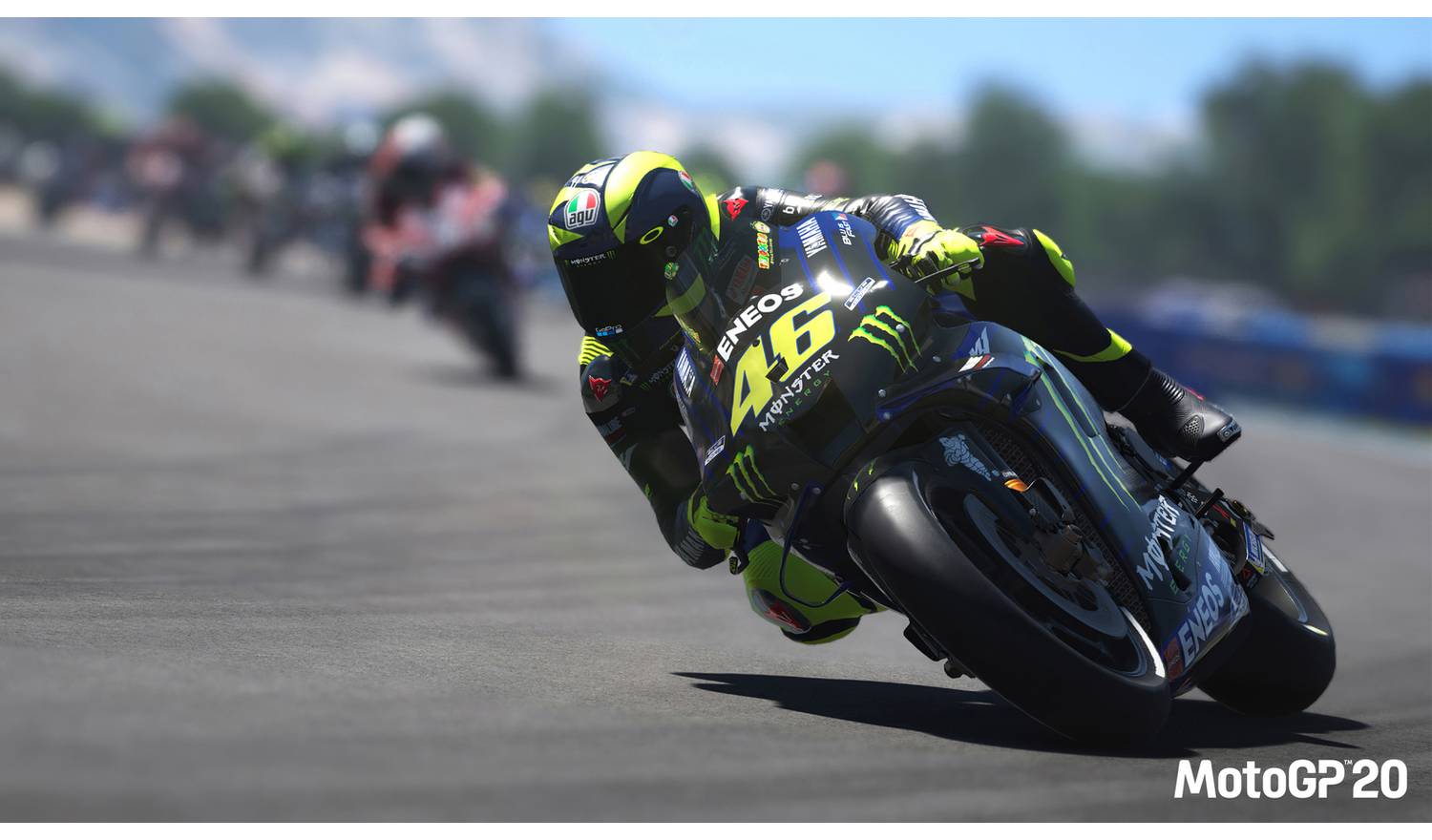 With no sign of MotoGP returning to our TV screens any time soon, fans of the sport will just have to make do with Milestone delivering this year’s rendition of their long running racing series a few months ahead of schedule. While that will invariably come as a pleasant surprise to fans of the sport, that truncated 10 month turnaround has led to a game that, while often brilliant, isn’t without a few rough edges and a nagging sense that the whole thing could have done with a few extra months of development time.

Saying that, while there are omissions and a handful of issues with the new tyre wear model and the somewhat inconsistent AI (two things I suspect will be patched sooner rather than later), changes to the handling model, a major refinement of the breaking system and notable changes to both the historic mode and career mode combine to deliver an entry that, while far from perfect, certainly highlights a series keen to take its place amongst the top-tier, triple-A racers of this world.

The problem is, while all of the changes made for MotoGP 20 are fundamentally successful, whether gamers will actually like them is another matter altogether. The handling model arguably feels more realistic than ever, and hardcore fans will no doubt revel in the constant struggle to keep their two-wheeled behemoths on the track, but for the more casual fan of the sport/series, the learning curve has never been steeper.

I played plenty of MotoGP 19, so I naturally approached MotoGP 20 with a fair degree of confidence (despite being bang average at it), so it came as something of a surprise when, upon starting my first race, I crashed rather spectacularly at the very first corner. Honestly, it wasn’t even close. I saw the apex and sailed right past it, on to the gravel and subsequently on to my face. It was a clear sign of things to come. The dynamic camera and ragdoll physics make crashes particularly spectacular – a good thing when you consider how often you are likely to find yourself taking a tumble – but the amount of time you’re likely to spend off your bike can be dispiriting for the first few hours. You’ll get used to it of course (some faster than others), but I suspect that even seasoned pros will take a while to become accustomed to the new handling model that puts simulation above accessibility regardless of how many assists you have on. 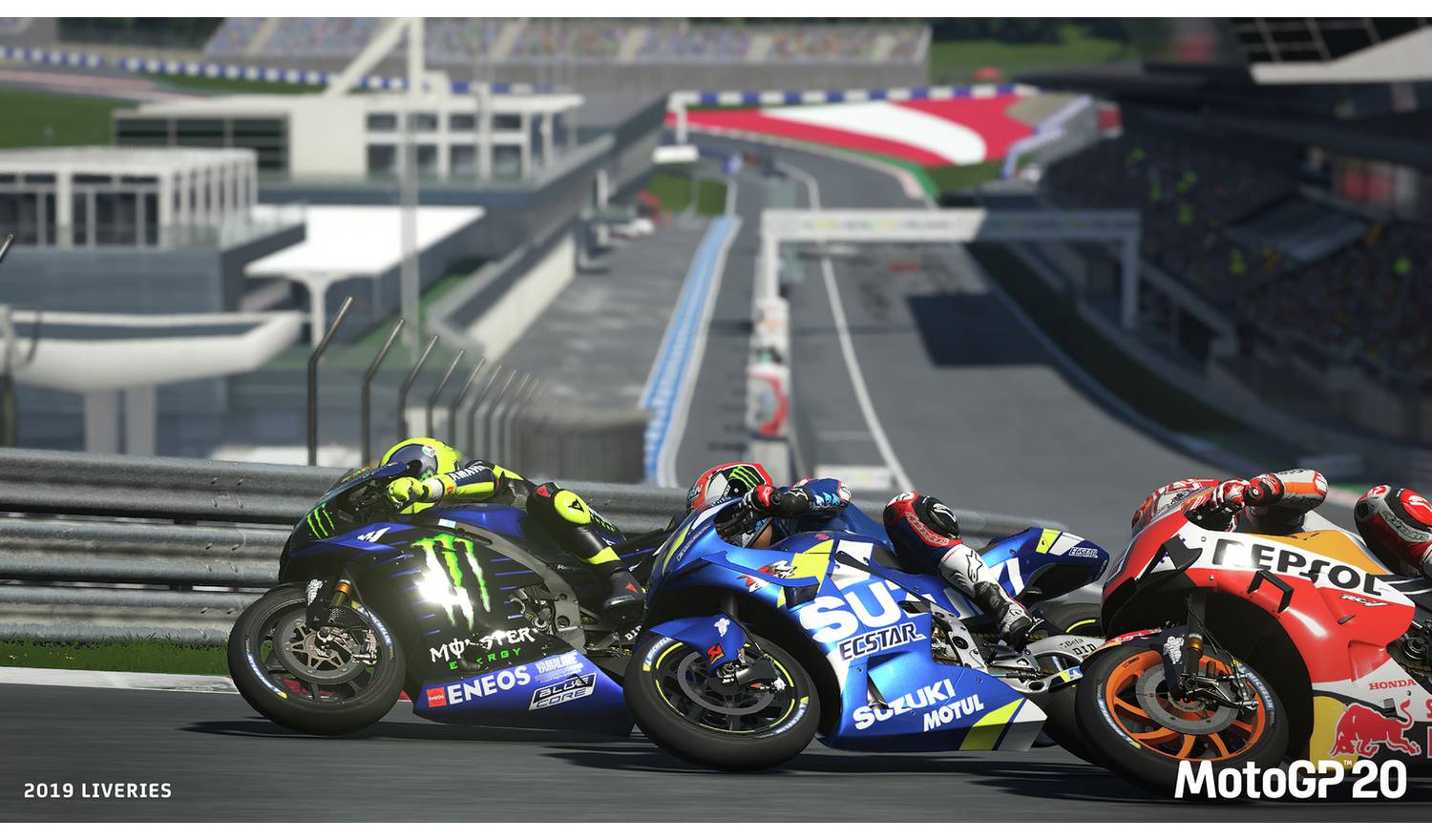 In previous games, I always felt I could take the edge off by lowering the difficulty and adding traction control and following the racing line display, but while they do invariably help, the new handling model ensures that MotoGP 20 rarely feels like anything less than a true simulation of the sport. That issue (if you see it as one) is exacerbated by the game’s undoubtedly unforgiving braking model.

Again, while fans of the sport will likely delight at the move towards a more realistic braking model, for many (again, myself included), the change to a more true to life braking model will take some serious getting used to. Even when adhering to the braking line suggestions, unless you are willing to take your finger off the brake at the right time and ease in to the corner like a pro, you’re going to find yourself coming off the track, and 9 times out of 10 (assists on or off), you’re going to find yourself eating gravel. Add in what is, for now at least, some occasionally inconsistent tyre wearing and fuel consumption mechanics, and you’re left with a game that, initially at least, feels like it wants to beat you up.

Once it does click (and it does), that sense of weight and realism is unmatched. You’ll have to be patient with it and adhere to the game’s new requirements, but the rewards are fantastic, and the sense of achievement when you start nailing corners and winning races really is quite unlike any other racer on the market. While patience and persistence will eventually get you on to the podium, it doesn’t help (as of release at least), that the AI is all over the place. In the junior formulae and lower levels of racing (Moto2 and Moto3 categories), things seem reasonable enough, and with a bit of practice, I soon found myself taking pole and winning races (albeit with a somewhat liberal use of the games’ rewind feature), but once I got on the big bikes of MotoGP – damn – I struggled big time. I couldn’t get close to the podium for the first few races, and after a single mistake, often found myself stuck at the back of the pack with no way to make up the difference. Those with greater skill levels will likely have more luck, but be warned, it’s all part of that brutal learning curve. When everything comes together, MotoGP 20 can be revelatory, but make a mistake and the game has no qualms about putting you to the sword.

Issues with AI aside, I still had a great time with the game’s largely fantastic career mode. Some of the racing series found in the 19 vintage are missing (again likely to be patched in at a later date), and some of the new management features still feel a tad undercooked and a little inconsequential at this point, but the structure is there for something special, and thanks to the strong framework established last year, is already one of the more compelling single player racing experiences around. Beyond the aforementioned management role that encourages you to balance your income against the wage expenditure of your team, while upgrading your skill tree and making amendments to your bike based on research completed between races, the simple process of making your way from the junior leagues up to MotoGP champion remains as compelling (and challenging) as ever. It lacked a bit of identity last year. But thanks to a host of finely implemented visual improvements and incidental details, the whole experience feels more realistic and rewarding than ever before. 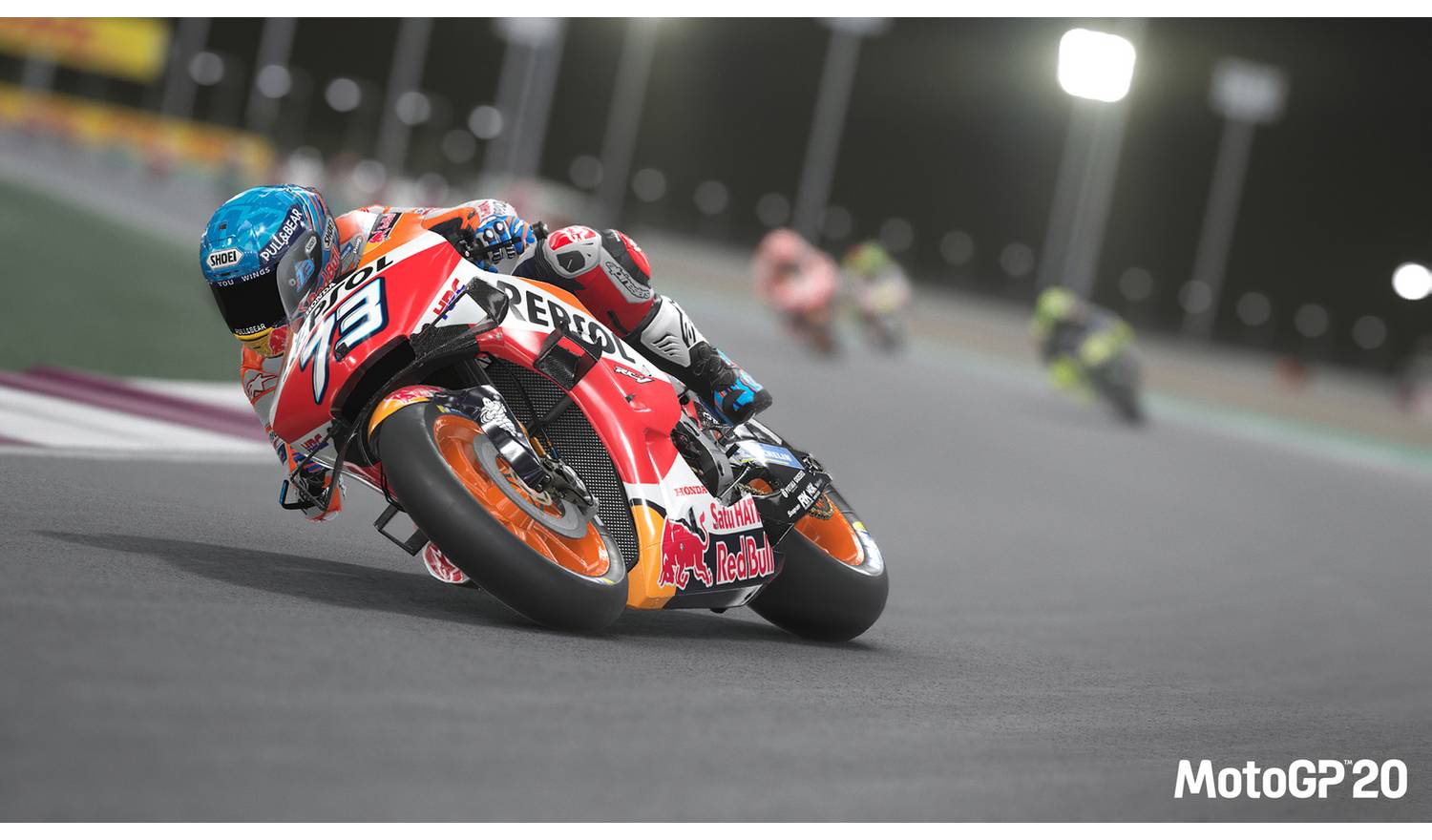 While the game hasn’t received anything close to what one might call a visual overhaul, a raft of minor but effective improvements across the board have combined to deliver a much better looking game this year. Out on the track, the improvements are relatively limited (beyond the brilliant new wet weather effects that is), but off the track, somewhere that the series has often suffered in comparison to its triple-A four-wheeled compatriots, MotoGP 20 has seen a number of impressive additions. Whether it be the superior menus, the much improved racer likenesses or the host of incidental details that you’ll find both pre and post-race, MotoGP 20 certainly has a lot more showmanship than its occasionally bland predecessors. That might not sound like a particularly major addition in the grand scheme of things, but the lack of finer details have always left the MotoGP series feeling decidedly second tier up to this point. It still can’t match the mega-budget likes of Gran Turismo or Forza, but it’s a major step in the right direction for a series that has historically lacked identity.

Speaking of history, one of MotoGP 20s other big changes comes in the form of the unlockable historic riders and bikes. These are unlocked via three tiers of challenges with 46 riders and 42 unlockable bikes available. This mode is a decent time sink, and those with a true historic knowledge and appreciation for the sport are likely to get a major kick out of being able to unlock and subsequently race with this raft of historic riders and bikes. For more casual fans, it’s likely to pose little more than an enjoyable diversion, but honestly, there is something oddly compelling about the collection aspect and random daily events that kept me coming back time and again. The challenges can be brutal (even on the easiest tier), but having a new challenge each day ensures that it never becomes too frustrating. Like much of the game, the core is there for something special – and undoubtedly addictive – but at this point at least, it still feels like a work in progress.

The AI needs some work, the new tyre wear and fuel consumption system is inconsistent and the new handling and braking models will provide a major learning curve for existing players and newcomers alike, but despite its issues and its handful of omissions, Milestone’s MotoGP 20 remains a largely brilliant racer and a fantastic recreation of the sport. It might take a while to get used to, but the new handling model adds a sense of weight and realism that is unmatched in other two-wheeled racers, the career mode is more compelling than ever and the amount of content (which includes 22 beautifully recreated tracks and all of 2020s bikes and riders from Moto2, Moto3 and MotoGP) will keep fans plenty busy during this extended hiatus of the real thing. The online modes, while solid enough, are still somewhat threadbare, but as for the racing itself, when it’s at its best, there is nothing else quite like it, and thanks to a host of minor, but successfully implemented visual improvements, two-wheeled racing has never looked better.

Milestone’s MotoGP 20 remains a largely brilliant racer and a fantastic recreation of the sport.