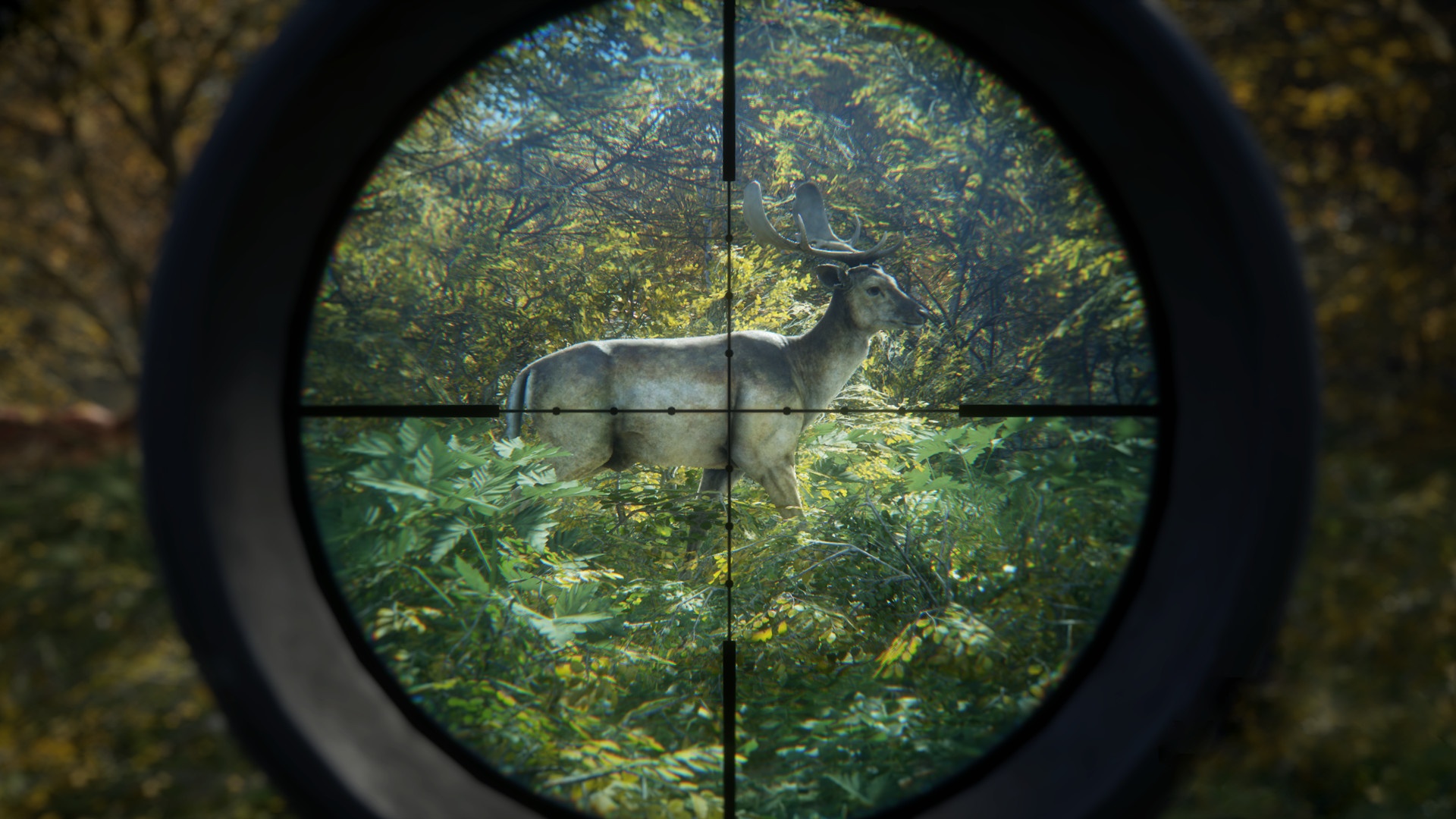 As if it wasn’t obvious enough, theHunter: Call of the Wild is a game about hunting made by Expansive Worlds, the same studio behind TheHunter: Primal and the free to play title theHunter. Despite having a fairly limited experience with the genre, I think I can safely say that, games like theHunter: Primal, Hunting Unlimited and the Cabela’s series always felt like they were missing something, like some sort of end goal or something that would make me keep playing the game. With that said, the question I posed myself when I got into Call of the Wild was, is this game different enough to distinguish itself from other titles in the genre?

For starters, the game is absolutely gorgeous and features many sights worth beholding. I often found myself just admiring the scenery while waiting for any game to show up and, on its own, this is a fine walking simulator, if you don’t mind the use of the term, and also quite the game for taking breathtaking screenshots. This by itself is a huge plus for me, as I’m someone who just enjoys walking around the wilderness. However, the game does seem to have a lack of antialiasing support since there isn’t an option for that on the graphics menu. As a result, you can clearly see flickering edges on trees and other models relatively far from you and overall the game looks rather blurry, which might have something to do with the way the game handles this issue. Other than that, the game is quite the looker, the textures, the sky (especially during the night), the vegetation, the animal fur, the lighting and weather effects are all really well done and do an excellent job in fully immersing you in the experience. In terms of game performance, I don’t really have anything to complain, as the game seems to run pretty well for what it looks.

No matter how pretty the game is, this is still a First Person Shooter after all, and such as other FPS’s, it matters where you hit your target. As someone who plays a lot of these games, I must say that the first time I didn’t even think about not shooting a deer in the head, which resulted in me ruining its antlers and thus receiving less experience points (EXP) and money for the harvest. However, you can aim for vital parts, such as the heart, in order to make sure an animal dies quickly and doesn’t flee while bleeding. That said, tracking plays a huge role in the game and the developers did a good job in displaying tracks for different animals in different colors. Examining an animal track will point the general direction in which the animal went and, once you acquire certain skills, your tracking abilities, amongst other things, will be improved. Gaining EXP will allow you to level up and get skill and perk points. While skill points focus more on the hunting and tracking side of things, perks are more focused on your weapons. Speaking of weapons, there’s quite a nice variety of them, ranging from various rifles, handguns, shotguns and bows, each with different types of ammunition which, in the end, results in multiple ways to play the game. 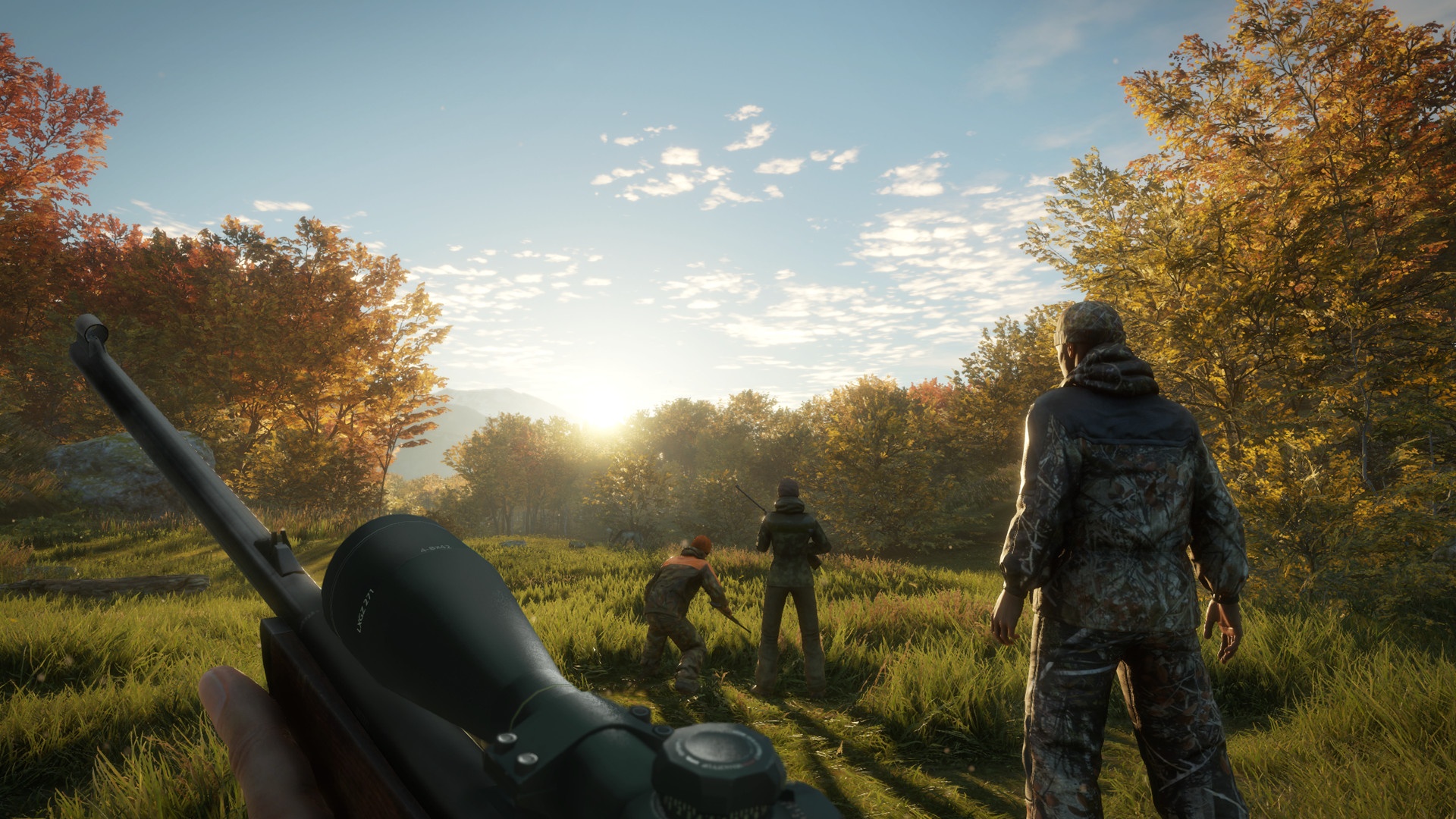 When starting a new game you can create your own character but the amount of customization is extremely low, with you only being able to choose between male or female and skin tone. Other than that, you can also choose one of two hunting reserves, one located in the Pacific Northwest and the other located in the heart of Europe. Still, you can switch between these reserves via the map at any given time but I was hoping for more varied environments and more reserves. By consulting your map you can also see any previously visited locations and even discovered locations which you haven’t yet visited. Besides that, you can also fast travel between outposts once you discover them, where you can buy new weapons, ammo and gear, such as animal callers. The thing is, there is only one outpost per each zone of each reserve, and these are few and far between so you’ll spend most of your time running and walking, which is probably one of the biggest cons of the game. The game also allows you to place waypoints, but as far as I know these have no actual use, since they don’t show up on your screen and neither do they appear on your smart phone. However, your smart phone, or the so-called HunterMate, can be used to track down missions and display animal tracks.

As you might’ve expected, this isn’t a game which focus on storytelling or narrative but, to my surprise, there seems to have been an effort to make it look otherwise. While your character doesn’t talk, both reserves have their own warden who tends to talk to you from time to time. Sometimes the warden will let you know about things happening on the reserve and even ask you to investigate certain occurrences, and while these are minor interactions, I think they still add quite a bit more to what would otherwise be just a plain hunter game with no characters. Other than that, the warden may also give you missions, and you can have as many of these active as you’d like at any given moment, but while they’re not mandatory, they do reward you with cash and experience points, which is quite useful.

The game also provides plenty of information via a Codex, which contains things like individual information about the wildlife, a written tutorial, as well as information about the various areas you discover and you also get to track your own performance there. All these things combined provide some sort of nice little background to the world behind Call of the Wild which I can appreciate, even if it’s nothing too complex or has any real impact on how the game plays. 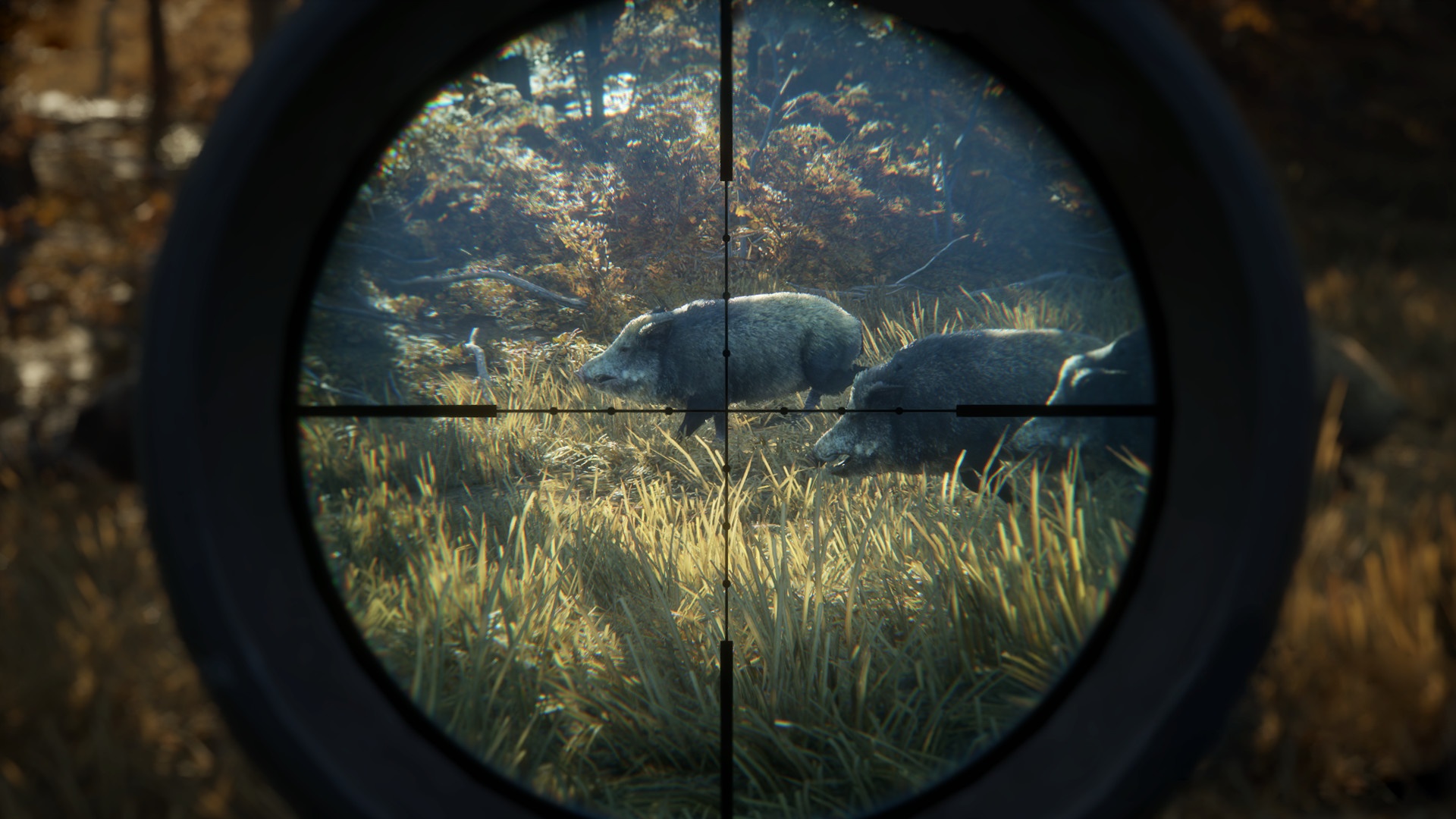 As expected, the game has a visibility and noise meter that lets you know how concealed you are and, in the same sense, you can also hear animal warning calls that let you know when they’re aware of your presence, either by smelling, hearing or seeing you. With that said, I haven’t had any issues regarding AI behaviour, and the animals seem to react accordingly when you use the noise of rain or tall grass, for example, to mask your approach. That said, one of the huge problems I’ve found regarding the way the game’s controls is that, as it stands, playing with a controller gives you the advantage of being able to walk slightly faster while making barely any noise when compared to using a keyboard and mouse. Still, I didn’t have any other issues with the way the game handles and I can’t stress how useful the auto-walk and auto-run features are.

For the most part, theHunter: Call of the Wild is overall a really enjoyable game, but it does have some flaws inherent to the genre. While as an exploration and sightseeing game it is quite marvelous, as a hunting game it tends to fall rather short. The fact that you spend most of your time walking around can become tedious rather quickly and, given that you don’t want to scare animals away, you can’t really run everywhere since they’ll hear you, so it’s kind of a paradox. This is a tough one to recommend for most people, given that it’s a niche product, but for people who’re into hunting, I think you won’t find a better alternative out there.