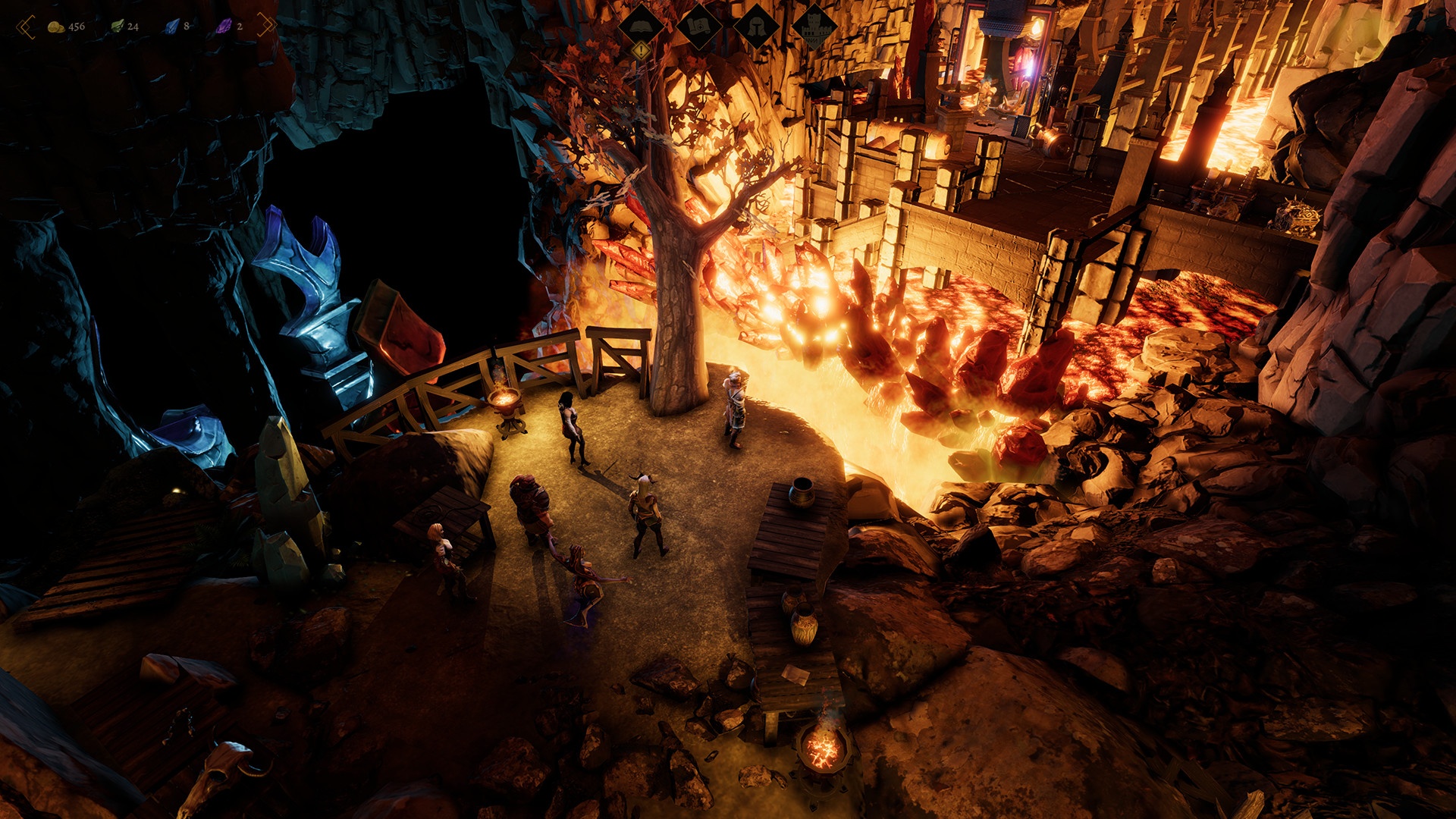 Tower of Time was first unleashed onto the Steam store about a year ago, but this only marked the beginning of its journey through Steam’s Early Access program. It was only on this past April, that the game was actually released as the 1.0 version. Truth be told, while the game has been received pretty well by the vast majority of those that have played it, it didn’t seem to grab the attention of the mainstream media, and from my understanding, the game seems to have gone under the radar for a lot of people, and it didn’t get the attention it deserves.

But really, what makes Tower of Time worth your time and money? Well, first and foremost, if you are a fan of CRPGs, I think you will have an absolute blast with this title, but let’s dive into what really makes Tower of Time tick so you can really figure out if this is something that you’d enjoy or not.

The game takes place in the world of Artara, a world that has experienced a mysterious cataclysm long ago, one so powerful that it has nearly wiped out any remnants of past civilizations and their history. What was once a world divided into several thriving kingdoms, both in terms of social dynamics and technological advancements, now resembles little more than the last bastion of humanity where people struggle to survive, and where the line between magic and technology is extremely blurry.

The game starts off with you as a child, as you find this massive tower buried underground after an earthquake. Despite knowing that children are not supposed to delve into places of the old world, you feel compelled by some mysterious entity to go inside. Next thing you know, some mysterious entity reveals that are you meant for great things, but these will only be revealed in due time. Fast forward a couple of decades, and you have earned your place alongside the king of the last human realm, and now you find yourself back at your home village, right where that tower lies beneath the surface. In an effort to save the dying world above, you have this weird feeling that something at the very bottom of the tower holds the key to salvation, and so you bring your two most trustworthy companions and delve inside this superstructure, wondering what awaits you next. 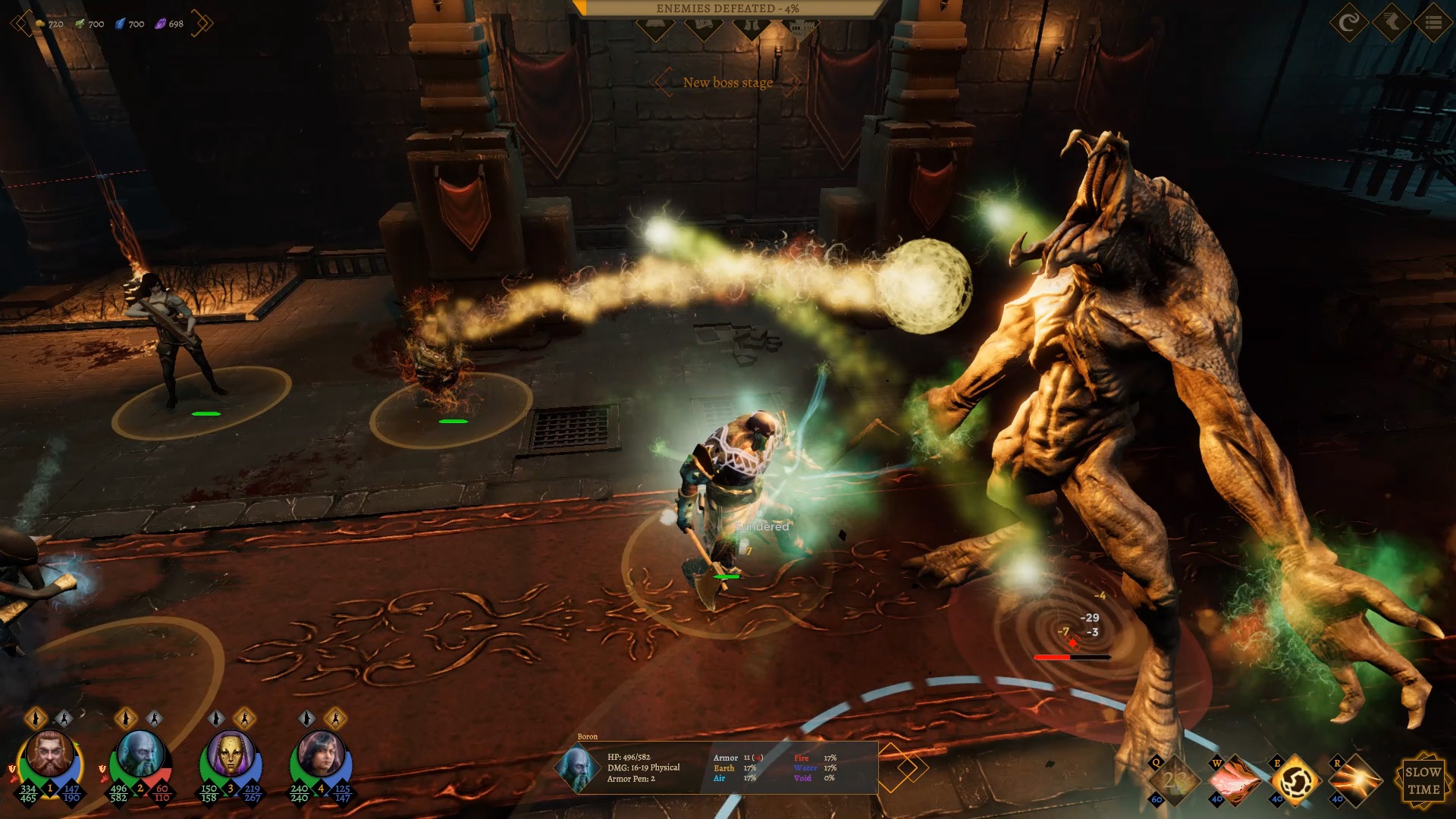 From this point forward, you begin your descent of the tower, passing through many levels and facing various different challenges along the way. For better or for worse, the entirety of the game’s dialogue is text-based, not voice acted. There are also books and journals that you can find, as well as some special ones that provide you with a small cutscene, showcasing the past and what the world of Artara once was. There are a few others that also appear outside of these occasions, but in terms of quantity, you can expect a lot more reading than listening in this game. Fortunately enough, the cutscenes are indeed voice acted, and actually quite well done.

Like any true RPG, you get to customize your own party, up to a total of four characters from a set of seven different characters, all with their own unique range of abilities. The game doesn’t give you access to all of them right from the start though, instead, you’ll meet them throughout your journey. Given the fact that the game places a strong emphasis on story, each character is unique, has their own dialogue lines, their own motivations for being where they are, and their own past, everything carries weight, they don’t feel like just another party member that is in the game to fill some role in your party during combat. With that in mind, there is no cosmetic customization, unless you count some slight changes based on the gear that they have equipped.

Tower of Time remains true to RPG roots, and so you have a myriad of customization options for each and every single character of your party. From the usual attributes, like might and speed, that directly affect your party’s combat performance, to crafting your own weapons of different tiers, enchanting them with special powers, upgrading those weapons to a higher item tier, this game has it all. Each character belongs to a predesignated class, which in turn limits the type of equipment that they can use, but each character has their own unique skill tree, no matter what role they play. In turn, each skill has two different paths of upgrades that you can take, with each providing a slightly different boost over the other. Most often than not, you can make it so that an ability is more oriented towards crowd control, or is more focused on defense or offense. It’s up to the player to decide how they want to play.

Tower of Time is not an open world RPG, but it also isn’t strictly linear. Each floor of the tower represents an open area with multiple pathways, and there are a few zones that, when you first find them, you might not be able to deal with the enemies that dwell within, so you can revisit them later, once your party is better equipped and better trained. You can interact with various things in the environment, all of which provide some nice little insight and tidbits of information regarding the game’s world, its past, and what transpired many ages ago. With that said, your party moves all together through these zones, and once you see an enemy, a combat encounter begins, which takes you to a new map with a few spawn zones for the enemies, as well as some interesting terrain layouts that provide interesting gameplay opportunities.

Combat in Tower of Time is extremely tactical, not only because combining different skills of different classes is essential to achieve victory, but also because you can take advantage of the map layout, of things like choke-points and walls, to thin the enemy forces. The combat happens in real-time, but you can pause or slow down time by pressing the spacebar, which lets you coordinate a lot easier since you can command each party member individually. There are various enemy types that you will face, each with their own unique set of skills and elemental resistances that might force you to adapt. Likewise, your skills are also quite plenty, you are able to blind enemies, stun, immobilize, make them bleed, pretty much whatever you’d expect from a classic RPG.

There are also a few different combat encounters that make it so that things are not always the same, which I find to add some small little twists. For instance, there is one mode where there are enemies pouring out of portals, and you have to destroy those portals and finish the remaining enemies, in order to win. There are also these challenges that you can undertake. These are essentially small encounters where, if you manage to beat the enemy forces, you will receive a few rewards, and they range all the way from easy, to epic difficulty. 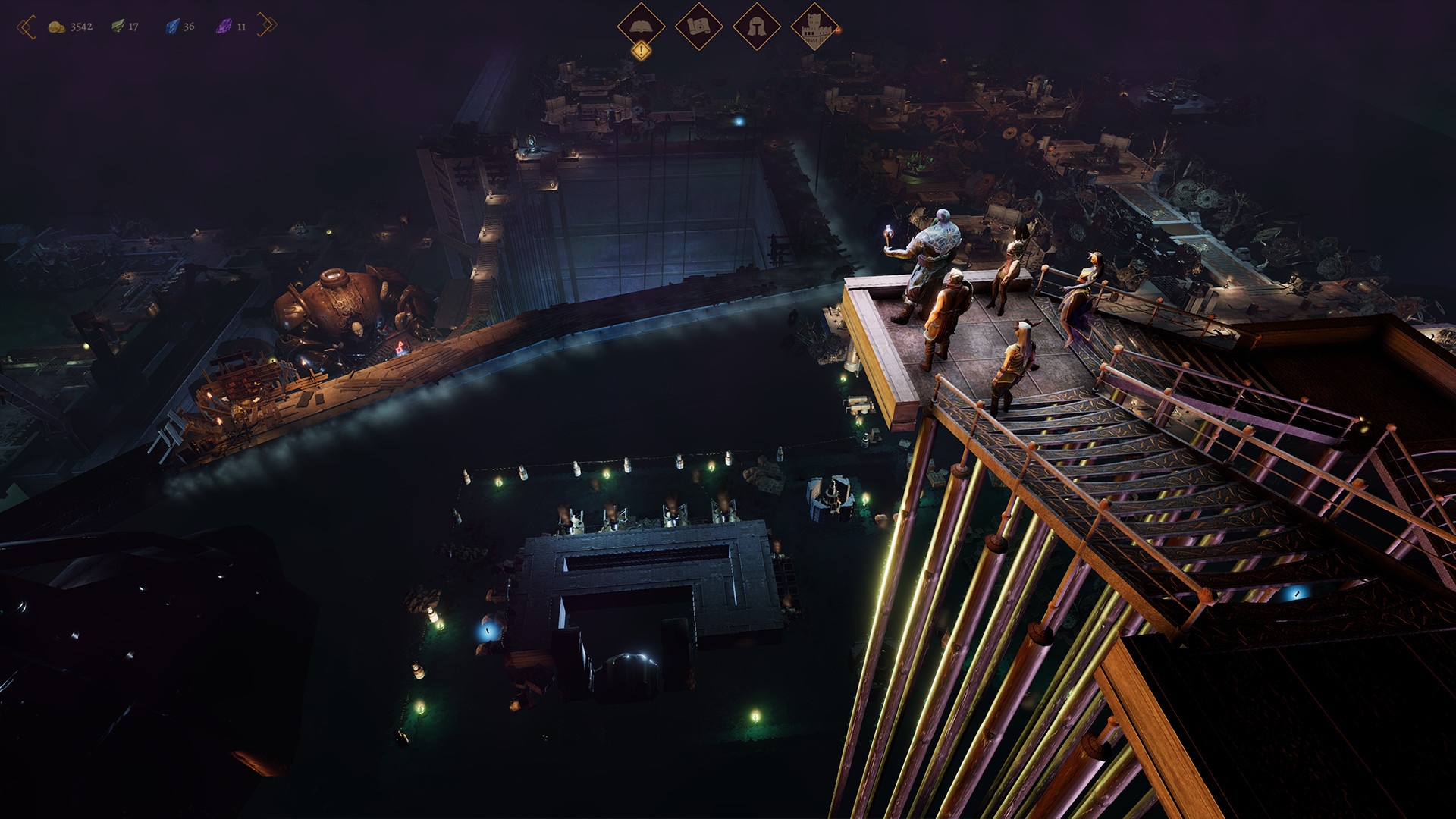 There is one system in the game that directly affects your party performance in combat, albeit only slightly. This is the Alignment system, which represents each character’s attitude towards each other, and this can change based on some significant choices that you will have to make throughout your adventure. In terms of gameplay, this translates to an increase in combat effectiveness thanks to buffs, in case your alignment is positive, but the opposite can also occur. In practice, this also has a specific meaning that is tied to the story itself, but for the sake of spoilers, I will not disclose that here.

Now, one thing that really surprised me about the game’s progression system, was the fact that there are no experience points unlike the vast majority of RPGs. Instead, the only way for your heroes to level up and gain access to new abilities, and in turn also increase their stats, is by training them in the city at the expense of a hefty gold fee. The city serves as your base of operations and you can visit it at any time. It is there that you are able to craft, enchant, and upgrade weapons, as well as upgrade the city’s infrastructure, which unlocks more levels for your heroes so that you can train them even more. There is no way to sell your items, however, the only use for gold is to upgrade and train your party members, and so the only use for leftover loot is to be dismantled so that you can use their parts to craft or upgrade other equipment.

In terms of production values, Tower of Time looks reasonably well, especially when you take into account that this is an independent project that does not have the budget of many other bigger studios. However, performance wise, the game seems to run worse than it should for me. I struggle to maintain a steady frame rate, and changing my graphics settings from the highest to the lowest seems to only increase my frame rate by about 10 frames, and still, I struggle to hit 60. This is particularly odd especially when I’m above the recommended system specifications, but since the game doesn’t really warrant much fluidity in order to be played, unlike a first-person shooter, for example, I didn’t really bother to find a solution for this.

Tower of Time should grant you at least about 50 hours of great content in case you were wondering, and even more if you are going after everything on every level. While classic RPGs tend to have the fame of being though ones, Tower of Time provides four different difficulty modes, and an extra story mode if all you want to do is to enjoy the story and not have to worry about the combat, so I don’t think there is an excuse to pass on this one if your concern is the difficulty. As for everything else, this game is a classic old-school RPG in every aspect. If you’re looking for an RPG with a really soothing soundtrack, an engrossing combat system, and a mysterious and captivating story that keeps you hooked and craving for more, then you can’t go wrong with this game. If you’re a fan of CRPGs, this is a must-have.