Home
/
3DS
DS
DS Reviews
Shiren The Wanderer: The Tower of Fortune and the Dice of Fate Review
Share Review 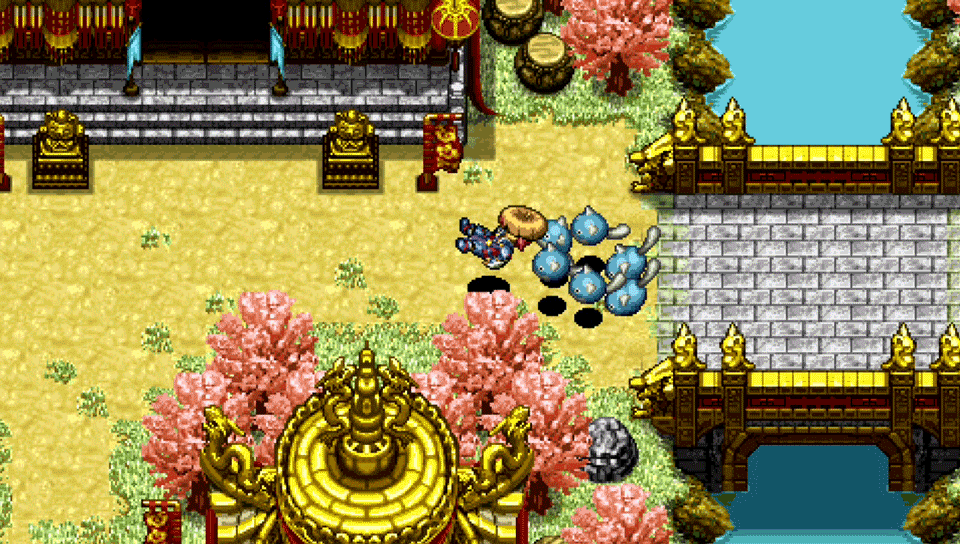 Despite being originally released on the Nintendo DS back in 2010 and being the fifth main entry in the Shiren the Wanderer series, the wonderfully named, Shiren the Wanderer: The Tower of Fortune and the Dice of Fate isn’t what one might call a household name in the West. A relatively hardcore roguelike set between the events of the equally niche, Shiren the Wanderer DS2 and Shiren the Wanderer 3, this really is the very height of niche gaming……oh, and it’s coming to the Vita, the most niche of all platforms. Still, despite its undoubtedly hardcore credentials and its seeming inaccessibility to the uninitiated (which in fairness is just about everyone), The Tower of Fortune and the Dice of Fate actually represents one of the more welcoming roguelikes on the market and perfect fit for Sony’s long suffering handheld platform.

Yes, the story does reference events from previous games, but as is the case with the majority of roguelikes, the narrative plays second fiddle to the gameplay with the relatively simplistic core storyline proving both easy to follow and largely irrelevant. Still, what is there is fine and the tale of the silent warrior and his ferret companion, Koppa (this is Japanese remember) does more than enough to support the simplistic but hugely addictive and very carefully crafted gameplay. The mission to reach the Tower of Fortune to save a terminally ill girl is little more than an excuse to aim the titular hero towards a goal in what proves to be an unsurprisingly unforgiving and consistently relentless adventure, but it does so while creating a memorable world full gorgeous locations and great enemies so, y’know, job done I suppose. 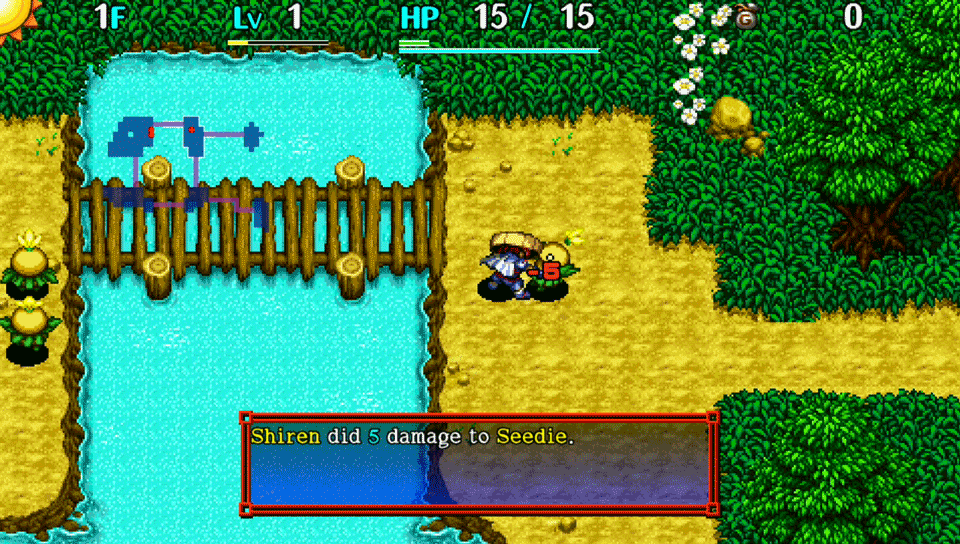 It might not be the toughest roguelike on the market, but it’s still a roguelike all the same, and as you’d expect, you’ll have to come to terms with dying…..dying loads. The constant restarts, randomised enemies and procedurally generated stages are part and parcel for the genre. There is nothing here that you haven’t seen in any number of the myriad roguelikes released in the past few years, but in fairness, developer, Chunsoft has deliver an addictive loot cycle, an enjoyably strategic battle system and some great 16 bit era visuals. Again, nothing particularly new, but all crafted with a care and attention that makes the latest game in the Shiren the Wanderer series more than the sum of its individual parts. It’s the kind of game you can pick up and play for 5 minutes or equally get stuck into for a 4 hour gaming marathon. In many ways, it’s the perfect Vita game; the SNES-style aesthetic might seem a tad basic in screenshots, but on the Vita’s gorgeous widescreen display, the art design and rich colour palette really come into their own to deliver a genuinely gorgeous if slightly inconsistent aesthetic.

I say inconsistent as, despite the unchanging core hub areas all looking reliably fantastic, the procedurally generated dungeons are actually rather bland, and during extended play, can start to feel somewhat boring. I guess that’s always a potential issue for roguelikes, and perhaps it’s simply down to how much I ended up playing the game, but there is no getting around the fact that the dungeon locations are artistically weaker than the beautifully crafted hub worlds. Saying that, it’s not like it’s ever ugly. With its pixel art design and fantastic cast of characters, The Tower of Fortune and the Dice of Fate’s charmingly old school aesthetic is a welcome reminder of the strength and unfailing agelessness of 16-bit artistic design.

As great as it might look though, it’s ultimately the gameplay that makes this latest release in the Shiren the Wanderer series quite so special. Using a tactical grid system, movement, spell casting or basic attacks all contribute to your turn with each aspect of combat having to be carefully orchestrated. Low level enemies are easily dealt with and help to keep the pace up, but run into a group of tricky foes or a boss encounter, and you’ll need to plan your attacks much more carefully. The boss battles themselves might be somewhat underwhelming, but the battle system ensures that anything resembling a real fight must be approached with the care and attention that it deserves as, well, we all know what death means don’t we…..well, in my case, it usually means a trip back to the start of the game and an apology to my wife for swearing at the Vit 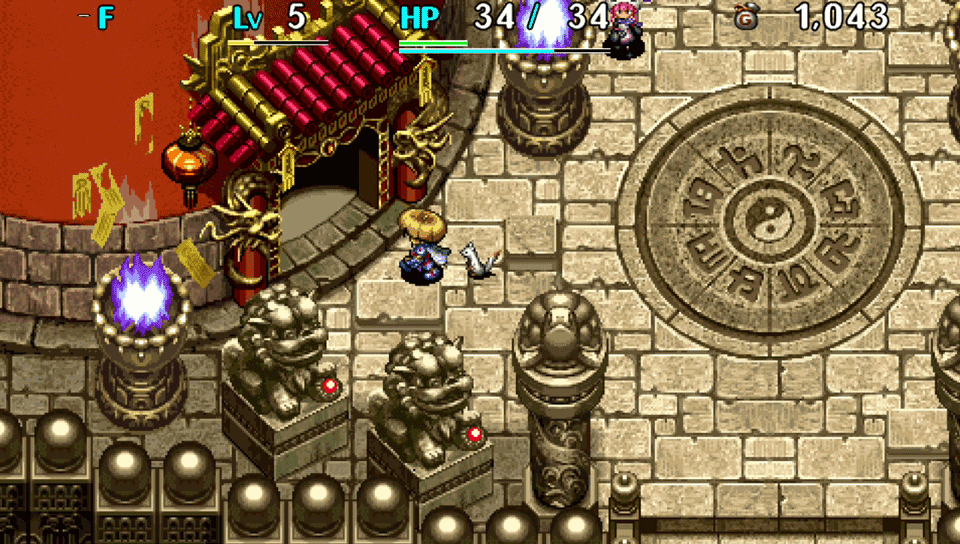 With its great selection of weaponry, its extensive gear and smart implementation of bonus effects, the battle system soon becomes much more complex than it might initially appear, and with a fantastic day / night cycle underlying the game, keeping an eye on the time of day soon becomes as important as fundamental inventory management. Like the best roguelikes out there, The Tower of Fortune and the Dice of Fate does a great job of lulling you into a false sense of security before completely upending you and sending you rather unceremoniously back to the start of the game. The night might well bring greater rewards, but it also brings with it much tougher enemies, many of which can only damaged by special attacks and magic abilities, often rendering your previously reliable approach to battle all but obsolete.

It might not do anything particularly new for the now well-worn roguelike genre, but Shiren the Wanderer: The Tower of Fortune and the Dice of Fate does so many things right that it’s hard to get too down on its apparent lack of originality. The visuals, despite some inevitable repetition in the dungeons, are absolutely gorgeous, the tactical grid based battle system is hugely enjoyable while the loot system provides plenty of incentive to keep you moving towards your ultimate goal. Sure, the story isn’t up to much, but that doesn’t get in the way of what is an otherwise fantastically addictive adventure.