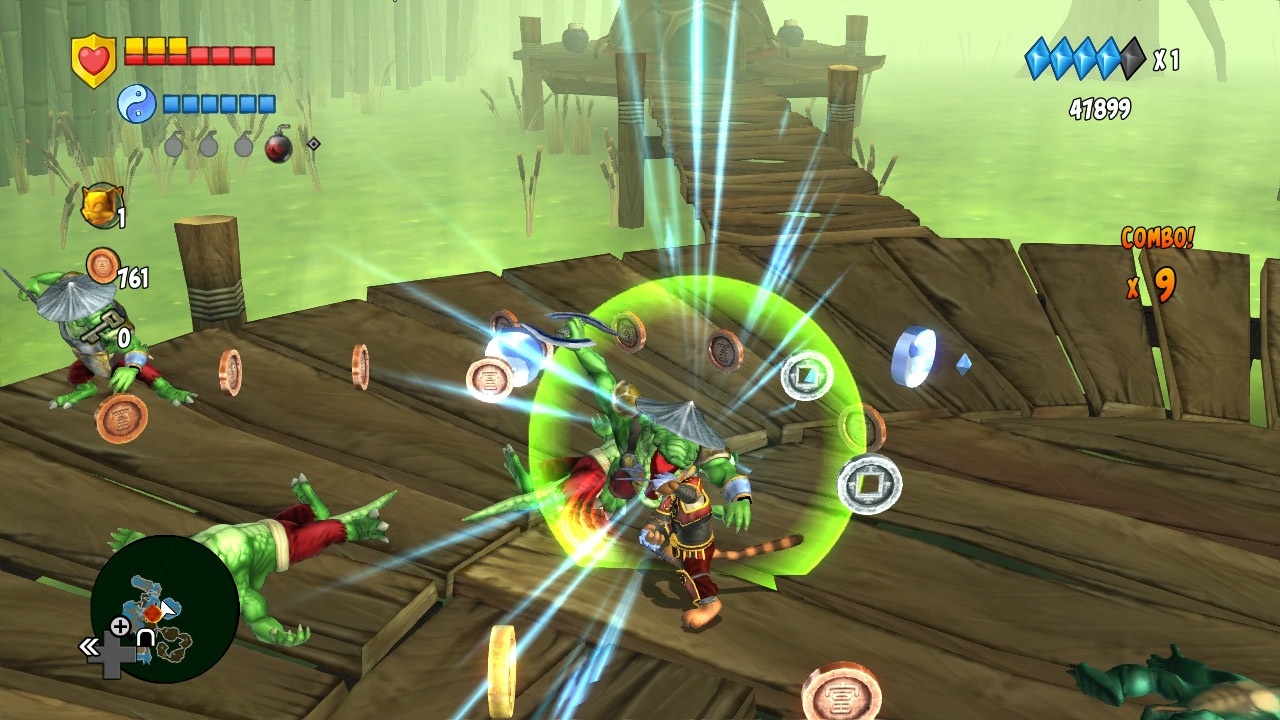 The PS2 certainly wasn’t lacking in 3D action platforming games with notable titles including Jak and Daxter, Crash Bandicoot, Ratchet & Clank, Sly Raccoon and Psychonauts. Yet even taking into account how many competing games there were I’m still surprised that I’d never heard of Legend of Kay, originally released in 2005. However ten years later the appropriately named Legend of Kay Anniversary is here, giving me the opportunity to see what I missed out on all those years ago.

In terms of gameplay there’s nothing too notable about Legend of Kay. It’s a fairly standard 3D adventure game, although admittedly with more emphasis on combat and less on platforming than I expected. Progression through levels involving defeating groups of enemies, simple platforming and solving basic puzzles before it all culminates in one of several boss fights. Variation comes along with some (fairly repetitive) quests and the occasional chance to ride a vehicle or animal in the racing mini-games. It’s nothing too innovative but entertaining enough all the same.

What’s most pleasing though are the visuals which have been remastered in this anniversary edition and although Legend of Kay wouldn’t challenge modern games in this regard it certainly doesn’t embarrass itself. The graphics are bold, colourful and fluidly animated while the smooth frame-rate and lack of slow-down is definitely appreciated. The tale of Kay, a spirited young cat warrior who (along with hares, frogs and pandas) fights against the brutish gorillas and sneaky rats who are invading their lands, always looks entertaining even if other aspects aren’t quite so polished. 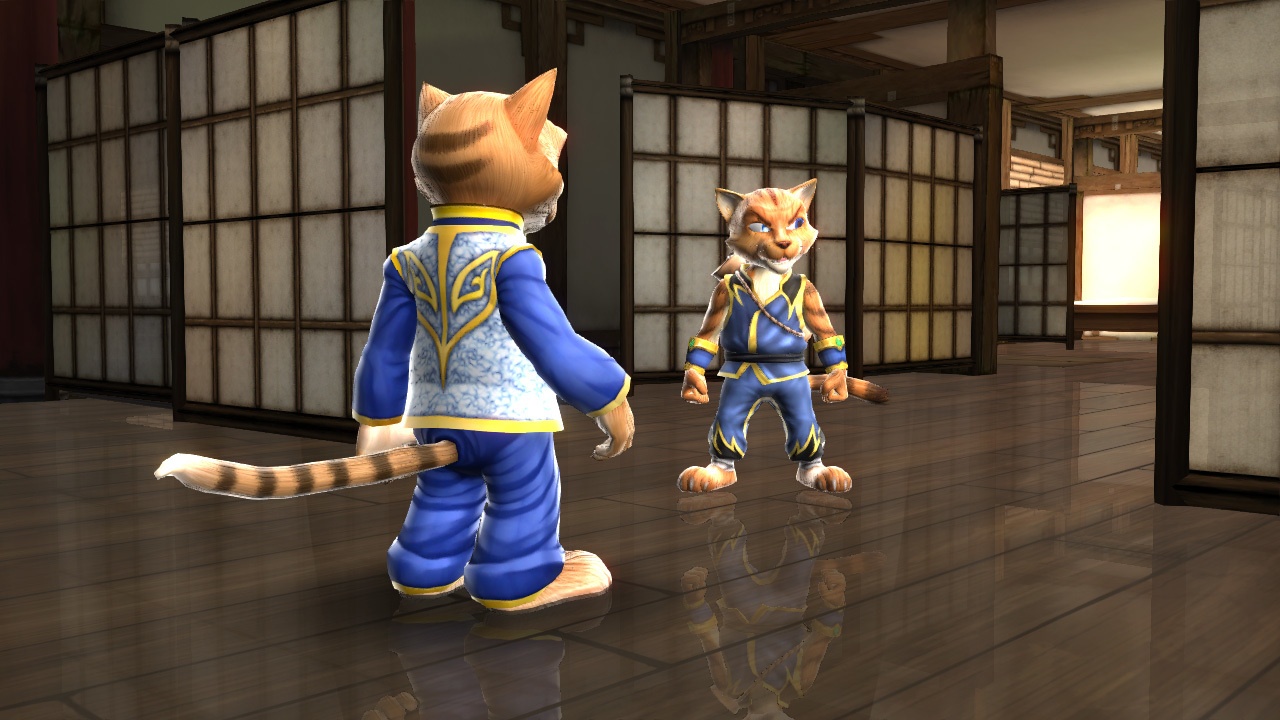 The audio in particular doesn’t match the quality of the visuals with some some of the voice acting being particularly poor with cringe-worthy attempts at accents, while others make no attempt to hide their American twang. Kay in particular stands out as one of the most annoying characters I’ve encountered in a video game being a whiny, self-entitled teenager who irritated me more than any enemy.

It’s also a shame a poor camera system (a common scourge of early 3D games) interferes with enjoyment of the game and is difficult to adjust. The combat is actually fairly good fun when you’re not having to fight against the camera at the same time and there’s a decent amount of moves and techniques to master. It’s obviously no God of War but with three different weapon systems to level up, new moves to unlock, additional enemies (other animals manipulated by the rats) and magical abilities there’s regular additions to gameplay which helps keep things interesting. 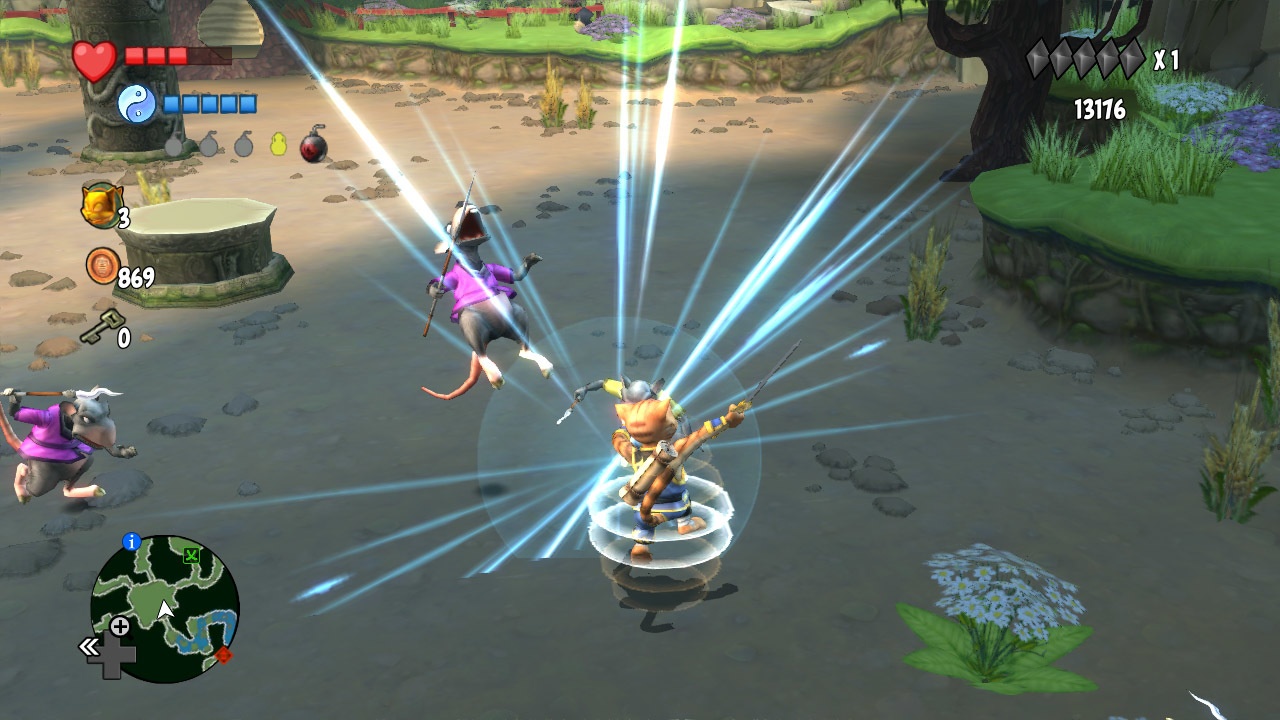 That variation is important as there are nearly 20 grueling levels to fight your way through and at several points it does tend to drag with backtracking, fetch quests and a lack of a hint system all slowing you down and reminding you that Legend of Kay is from a different generation of gaming. The level of difficulty was also unexpected (or perhaps I’m getting soft in my old age) with the crocodile levels in particular causing me real problems.

The tough challenge is a shame as it would otherwise be a great choice for younger gamers, although as long as they have someone more experienced to help them out they’ll still have a good time. It’s unclear why Legend of Kay wasn’t more of a success when it was first released as based on PS2 standards it would be a very accomplished 3D adventure game, but unfortunately times have moved on and while it’s certainly entertaining in parts there are far better alternatives available nowadays.