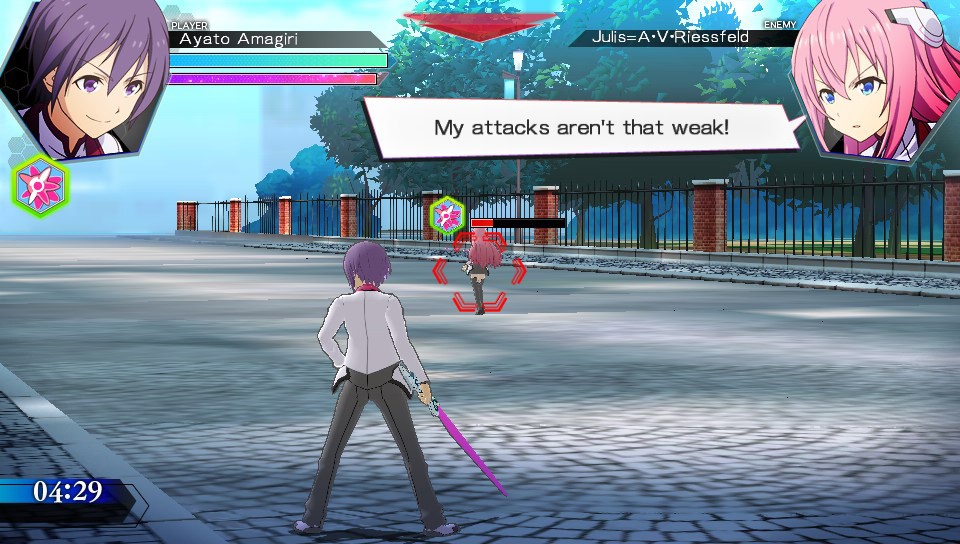 Why do Bandai Namco hate using the names of the properties they are presumably paying huge amounts of money for? After cutting ‘Attack on Titan’ down to the far more ambiguous, ‘A.O.T. Wing of Freedom’, they have decided to reduce the already niche, ‘The Asterix War’, down to the rather incomprehensible, ‘A.W.: Phoenix Festa’. I’m sure fans of the series will get it, and perhaps I’m making too much of a simple naming convention, but for games that go so far out of their way to follow the source material, it seems bizarre that they would mess with the titles in such a way – what is the benefit? I’m obviously leaning into this whole naming thing a little too heavily, but as somebody who was aware of The Asterix War anime and, until I received it for review, wasn’t actually aware that A.W.: Phoenix Festa was based on that specific property, I find the choice nothing short of flabbergasting. Either way, I guess all that matters for naught in the grand scheme of things (just wanted to vest I suppose). What really matters is the gameplay and, well, it’s ok. It’s almost brilliant, but yeah, ultimately, it’s ok.

An odd mix of dating sim, third person action and some kind of time management, life simulator, A.W.: Phoenix Festa is nothing if not rather unique. The game might have its issues, but you have to applaud Namco Bandai for building a game around the concept and themes of the show rather than simply forcing the narrative into yet another run of the mill third person action game. It doesn’t always work of course, but there is a strong premise here and moments in which you get a glimpse of what A.W.: Phoenix Festa could have been if given more time in the oven. It’s still oddly enjoyable in its current state, but beware; despite its positives, this is an undoubtedly half-baked experience (apparently, I love kitchen-based analogies).

Loosely following the narrative of the popular anime series, A.W.: Phoenix Festa sees you play as either series protagonist, Amagiri Ayato or as an avatar made up of a disappointingly slim selection of customisable options. While some will appreciate the chance to create ones’ own character, it should be noted that, beyond the limited options in appearance, choosing your own avatar also provides you with a limited level of romance with the female cast of characters, thus delivering a slightly obtuse hard-mode hybrid if you will. Whatever the case, unless you have your heart set on putting yourself in the game, I’d just stick with the established and rather likeable, Amagiri Ayato as the avatar option feels decidedly tacked on. 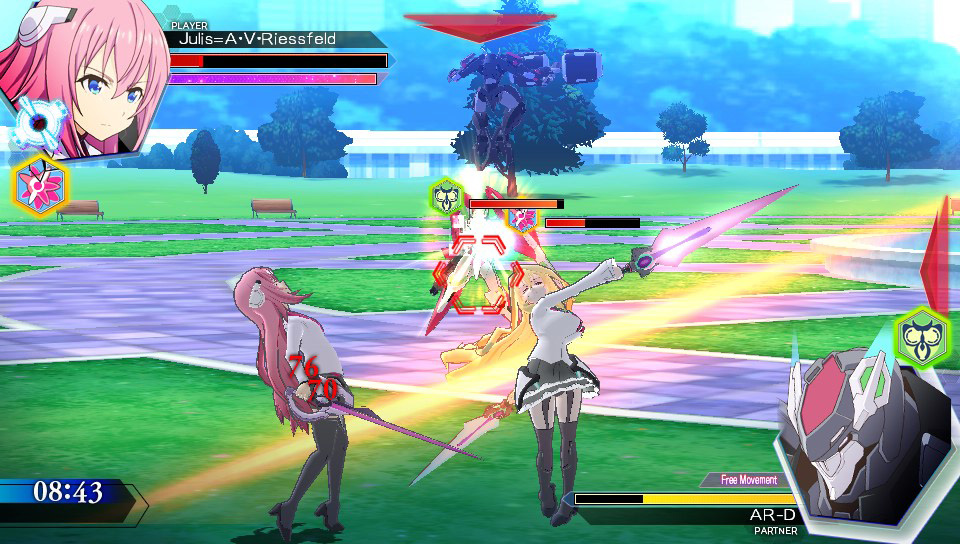 While there is battling to be done, the majority of the game is built around the dating sim and life management elements of the experience. As you choose one of the four girls available to pursue, your ultimate aim is to find a willing partner for the upcoming Phoenix Festa. This event takes place between the six schools situated within the city of Asterix. Each school is home to students with special powers and abilities, and for, well, reasons, they all need to get together and scrap it out every so often. I’m sure that all sounds rather mental to the uninitiated, but please remember, this is based upon a popular anime, and as we all know, most anime shows are utterly bonkers.

The thing is, the show is very well written, thus making all of this nonsense seem oddly legit. Sadly, while the game follows the show very closely, its more personal emphasis doesn’t do a great job of explaining the wider narrative to the uninitiated. Also, the quality of writing isn’t as of consistently a high standard as the show, therefore making this a much more patchy proposition. We would usually accept that for a video game adaptation, but when the game is as character-driven as this, the importance of a strong script and effective dialogue becomes all the more important.

In fairness, the dialogue between characters is usually pretty decent, but thanks to its inherent lack of variety, things can quickly start to feel rather repetitive. Don’t get me wrong, the actual process of managing your time, going out on dates and preparing for battle is all kind of fun – there simply isn’t enough of it. Individual aspects of the game are fun first time around, but once you realise that many of the dates are largely the same and that the part-time jobs lack variety, the experience soon becomes a little stale. Still, if you can put up with the repetitive nature of the gameplay, planning out your schedule and managing your calendar ahead of the Phoenix Festa can be hugely compelling. With all of your actions, from training and resting to work and dating, all taking up your precious and very limited time, you’ll need to keep a careful eye on your schedule if you are to find a battle partner for the big event. It’s never overly taxing or anything, but the emphasis on time management and dating does make for an addictive and largely enjoyable experience. 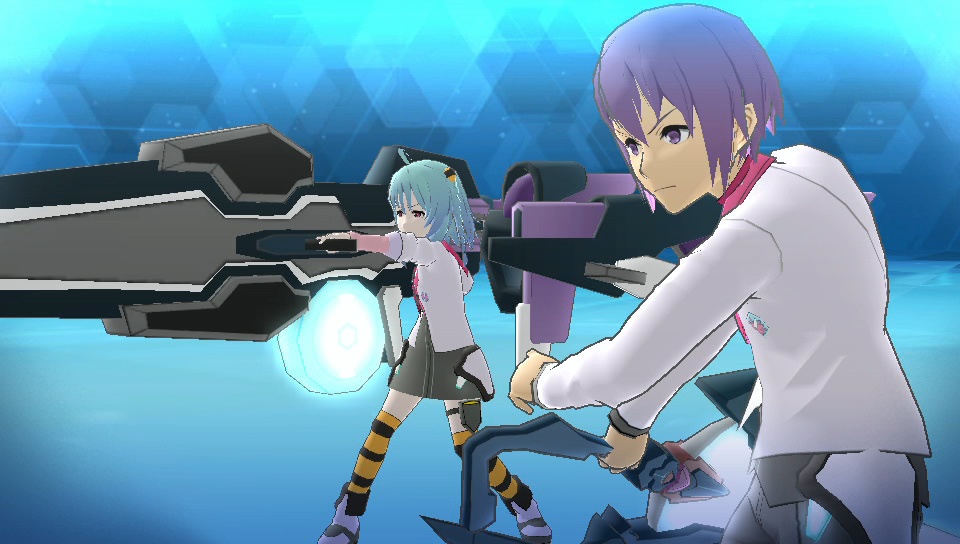 I would love to say that the same was true of the combat, but despite being competent at its core, it’s just far too simplistic and much too ugly. It can actually be rather fun in small doses, but as your progress through the game, it quickly becomes clear that the combat mechanics are incredibly simplistic. There are partner instructions, buffs and upgradeable abilities, but all of it lacks any notable sense of depth or tactical nuance. There is a charge meter that ensures that you can’t unleash the same attack over and over again, but in practice, it only takes a few seconds to reload with the majority of battle winnable by spamming a single attack.

The thing is, even if you wanted to do things with style, there simply aren’t the options available to add your own sense of flair. Again, it’s totally fine, but like the rest of the game, it’s underdeveloped and lacking that little bit of polish that could have turned this into something special. Yes, you can buff your teammate in these 2 v 2 encounters and there is an upgrade system of sorts, but none of your actions seem to have a tangible effect on the gameplay. The handful of special attacks are kind of cool, but simply put, they aren’t necessary and don’t come close to providing the depth that the combat system so sorely needs.

Nothing about Namco Bandai’s, A.W.: Phoenix Festa is particularly bad, but then again, nothing about it is especially great either. The annoying thing is, you can clearly see the game that this could have been. With a bit more polish and little more in the way of variety, this interesting take on the much-loved, The Asterix War anime might have been something rather special. Its unique combination of dating sim, time management and third person auction makes for a briefly enjoyable experience, but ultimately, the game is let down by its repetitive tasks, uninspired dialogue and extremely limited combat mechanics. Fans of the series will find plenty to like, but even the most forgiving of gamers will see this as a disappointingly missed opportunity.