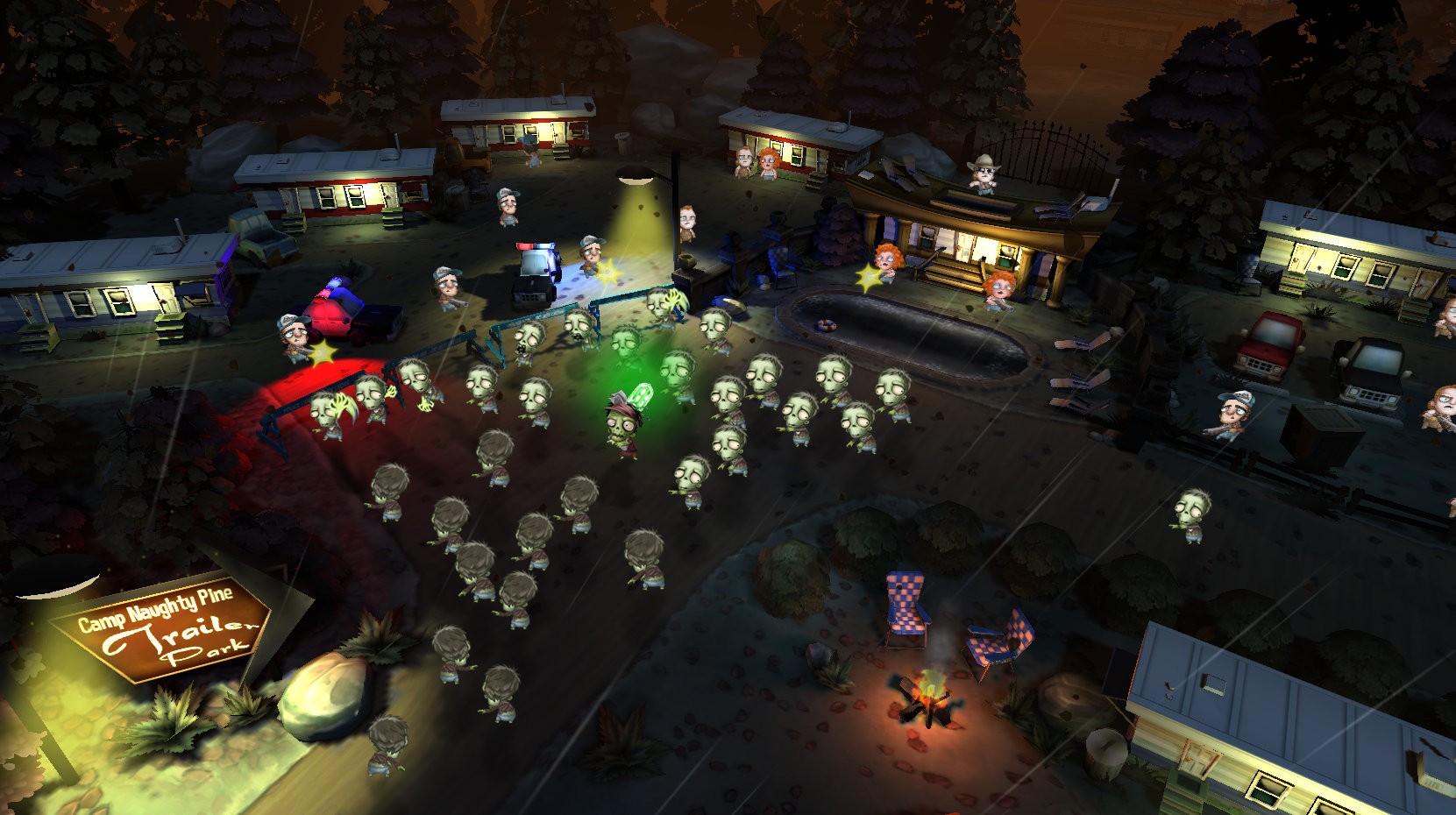 I figured I was in for an easy-going, humorous time when Ray’s The Dead opened on a graveyard scene in which a baddy and his incompetent followers are berated by an even bigger baddy who calls on a massive brick phone from the early 80s. Oh, how wrong I was. Shortly thereafter, Ray’s The Dead’s titular protagonist is given un-life and it’s you against the world as you try to escape the dangers in the graveyard and recover your lost memories. Ray’s The Dead plays like Pikmin in that you control a mob in order to attack enemies and clear obstacles. Different zombies have different abilities and you’ll have to study enemy attack patterns to ensure your undead swarm doesn’t suffer too many casualties.

Unlike Omar in Pikmin, Ray can attack enemies and he’s pretty strong. Unfortunately, enemies are also quite strong and a few hits will knock your HP down to zero. That’s where your loyal, mindless minions come in: your fellow zombies can be sent in any direction with x and they’ll interact with objects or attack enemies accordingly. Different zombies are good at different tasks. For example, your standard zombie can dig to reach while the canine zombies can stun and entangle enemies. 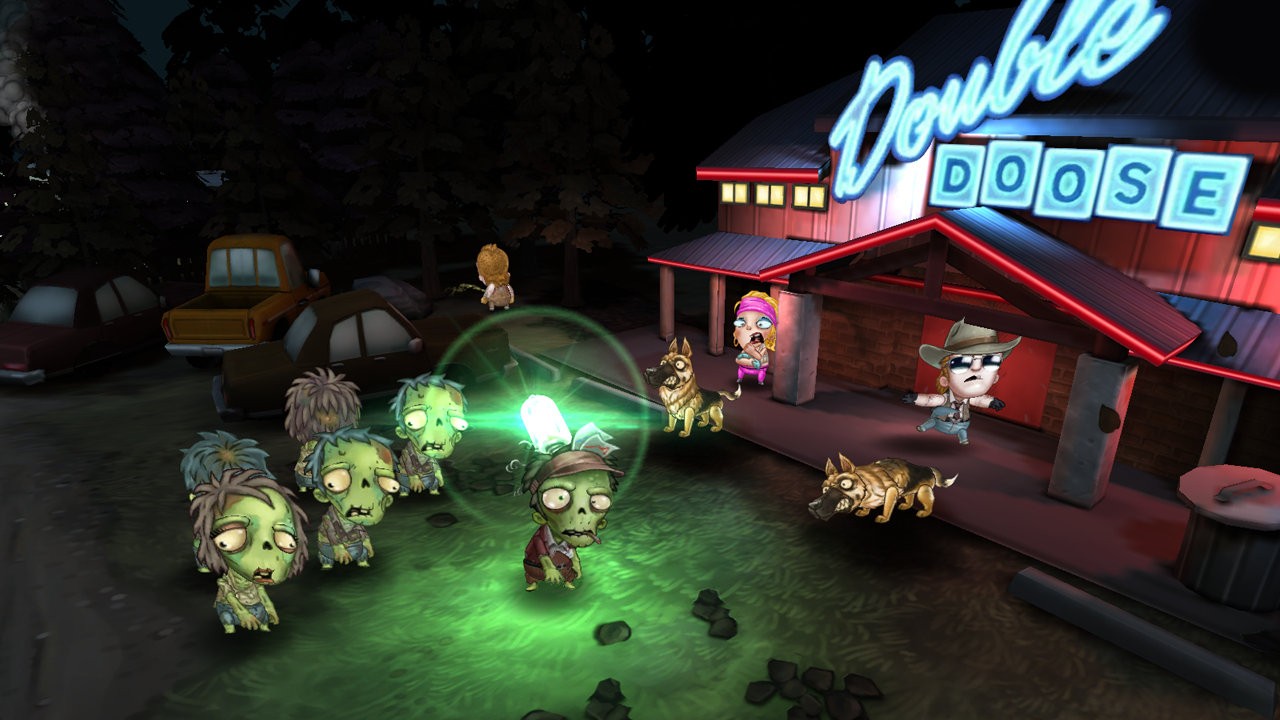 You can’t just throw zombies at enemies willy-nilly—rather you need to observe attack patterns and attack when you see an opening. Fortunately, there’s no penalty for dying—which you’ll do often—and checkpoints are fair, setting you back only a few steps from where you died (again) with full health. This brings me to my largest issue with Ray’s The Dead: the difficulty. Or, rather, the difficulty spikes which occur at random during normal fights against unassuming enemies. Both your minions and Ray are on the squishy side, falling after only a few strikes, and enemies tend to be much faster than you. Even with careful planning, sometimes the AI isn’t particularly intelligent, presenting yet another adversary on the battlefield. Further limiting your abilities is your energy level. Performing actions like having your units bunch up drains your energy. Once the bar is drained, your zombies will stop doing whatever it is that you’d been having them do, which can lead to circumstances ranging from mildly inconvenient to downright fatal. Fortunately, this can be upgraded.

What drives Ray isn’t your typical zombie-ish hunger for brains, but the desire to recall who he was before dying and bring brought back to life. Said memories are delivered in flashback form, during which you take control of a living Rey during the events leading up to his current predicament. The juxtaposition of living and dead events are a nice way to break up the gameplay loop. When controlling human Ray, you’re required to navigate expertly around obstacles with a group. Bunching up with L2 makes you a smaller, more agile entity, but it doesn’t completely prevent your followers from veering off the path and into danger. 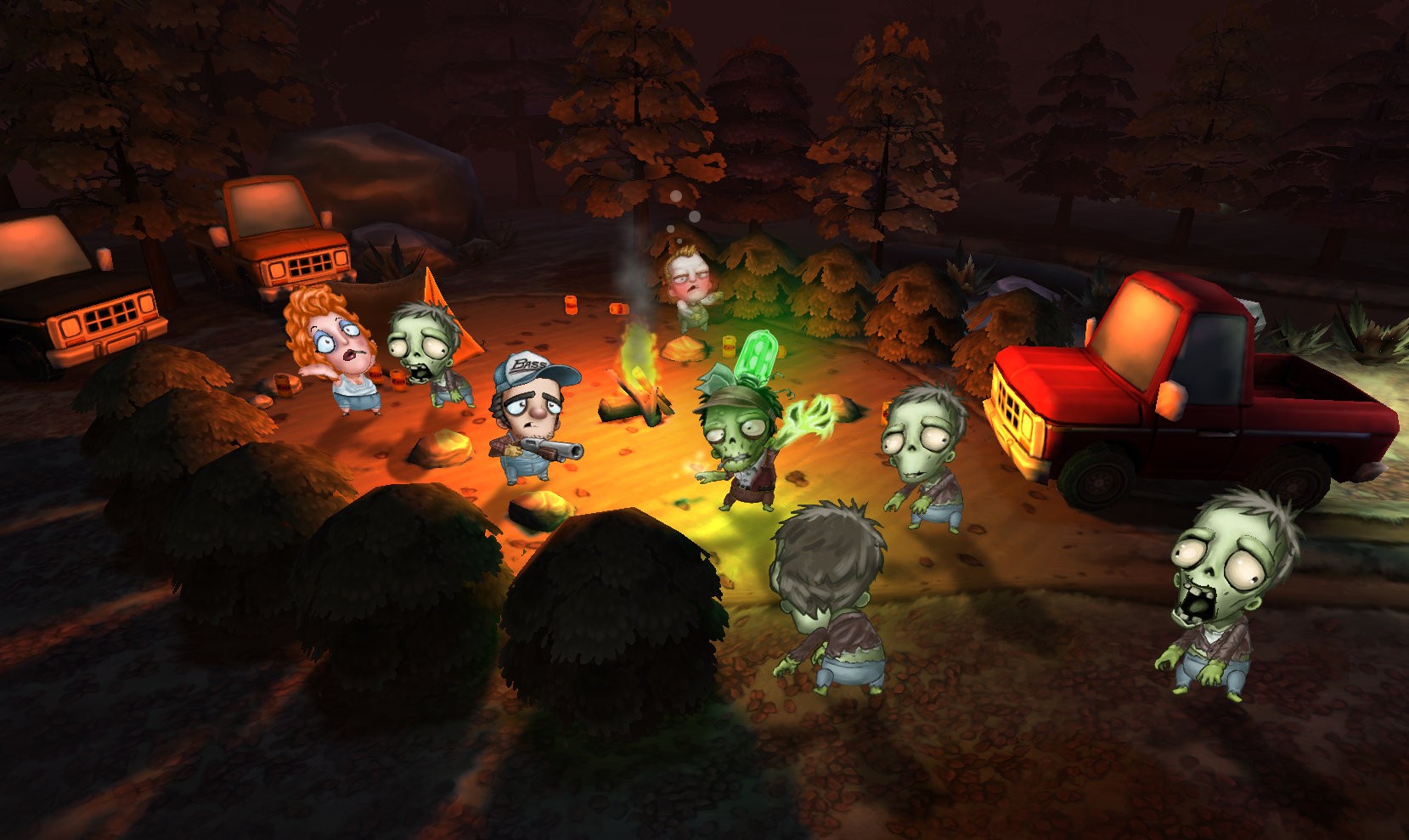 There are also collectables to pad out your game time and encourage you to explore the stages fully. That being said, they tend to be on the linear side with very little to explore. One such collectable comes in the form of gravestones, which are a nod to the backers who made Ray’s The Dead possible. I personally like this sort of thing as it creates a sense of community involvement even if I myself hadn’t backed the game. The art style is reminiscent of Zoink!, the developer behind Zombie Vikings and Stick it to the Man, among others, and it’s lovely to see. There’s no voice acting to speak of, but rather charming speech sounds, and the music is quite good.

While there may not be a penalty for dying, it’s no fun to do so frequently. Ray’s The Dead is weirdly cute, despite the majority of the case being undead, and it has an unmistakable charm created by great writing and a heartfelt story. Unfortunately, difficulty spikes make it difficult to enjoy at times and as such, I cannot recommend it to everyone.