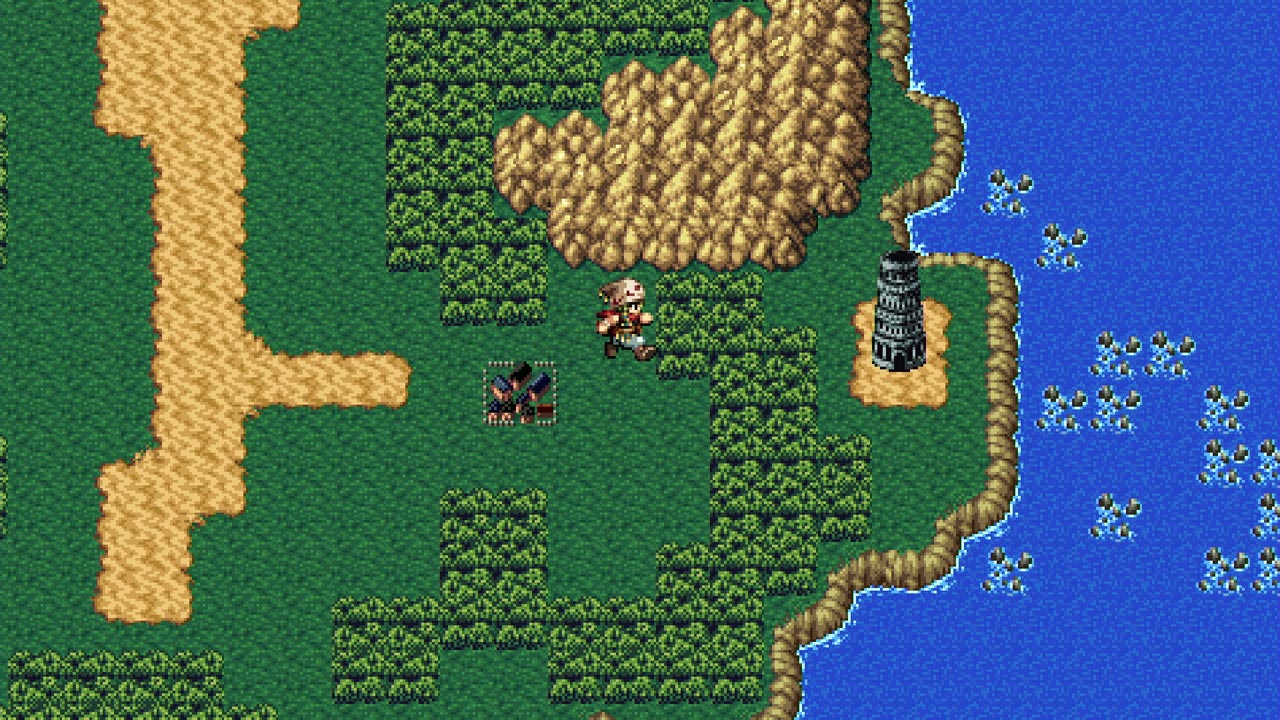 When I first booted up Chronus Arc, I was incredibly excited. I could tell straight away that this game was going to take me back to my childhood, it’s your typical 1990s turn-based RPG, and it had Chrono Trigger vibes all over it (which is one of my all-time favourite games.)

What we have got is an old style turn-based RPG that would belong right in the 1990s. Its striking art style mirrors that of most SNES RPGs and its very obvious that this was the intention from the get go. It’s just a shame a few problems stop Chronus Arc from really standing out in a very busy crowd of indie RPGS.

The game begins with Loka, a newly assigned sorcerer knight that is tasked with collecting the Chronus fragments. Which is used to rewind time, which in turn is used to fix old broken items and this has been done since the start of time as the houra gods permit it. This is done at a festival called the Houra Festival. However, during the initiation your master is kidnapped by a bunch of thieves who are themselves after the Chronus fragments. 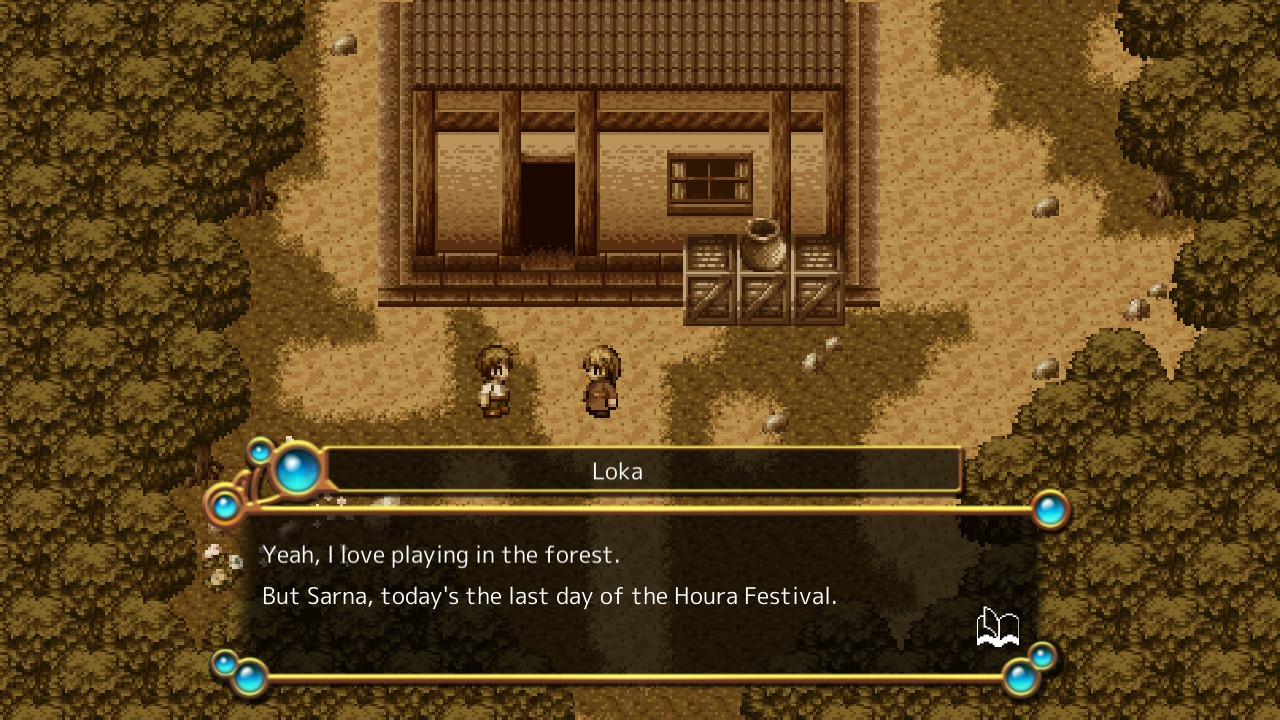 So the game is your typical Two friends go out and try to save the world. You encounter another character early in the game but that’s basically it for the story there’s nothing really more to it and it’s a massive shame because they had an opportunity to really flesh out these characters give them really stand out personalities.

Getting to the game play Chronus Arcs is a retro styled turn-based RPG. What makes this game unique is that there’s a puzzle to solve in most rooms, and these can test you at times. These puzzles make it necessary to progress in the dungeon very much like classic Zelda games, it usually involves picking an object up or pushing it onto a switch to trigger another door or switch in the room. The enemies appear on screen to so dodging them is possible and when your low on health or poisoned, you will want to do this you can get a game over pretty easily if you’re not careful. Luckily, staying at an INN or using magic and abilities can quickly fix this and replenish your HP. 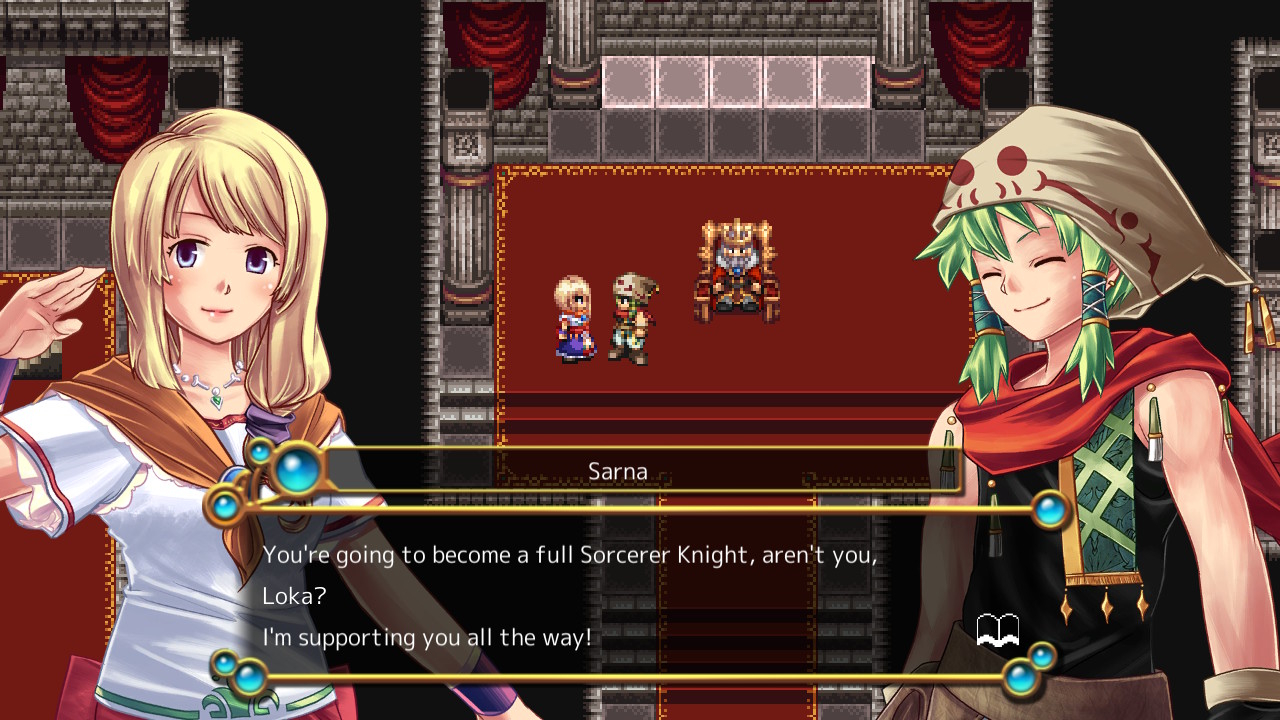 This game also has an in-game currency which is earned by killing enemies, these are used later in the game to unlock new classes and branch out your characters to whole new skills and magic which is a nice touch. You can also unlock secret dungeons and special equipment with the in-game currency as well which gives the game something to aim for once you’ve finished it. This game defiantly makes you work for the sweet rewards, which is something I really liked. These rewards such as special equipment usually made the game a little easier so it was worth it in the long run just don’t expect them to be handed to you.

Speaking of the difficulty, the balance of difficulty is pretty intense. I don’t mind difficult games when they are generally difficult and manageable. But the spikes in difficulty with this game are designed to make you have to grind, there’s no way you can progress with the game unless you do. Which is ok, for the few hours, but this can get a little tedious towards the end of the game. You can definitely tell when you’ve hit the boss of the dungeon as well because they are tough if you’re looking for a serious challenge, Chronus Arc will defiantly not disappoint you in that regard.

So what’s my final verdict on Chronus Arc? It’s a cute, neat, little turn based RPG with some very interesting ideas. The thing that stops it standing out from other indie RPGs is its lack of character development and rock hard difficulty however look past that and Chronus Arc is defiantly worth playing its story is pretty solid and if you’re a fan of old school RPGs such as Trigger then you will like Chronus Arc. Just be prepared to save often as the games brutal difficulty will have you dying a fair bit. If you’re a fan of 16-bit goodness, you’ll feel right at home here.

It’s a cute, neat, little turn based RPG with some very interesting ideas. If you’re a fan of 16-bit goodness you’ll feel right at home here.