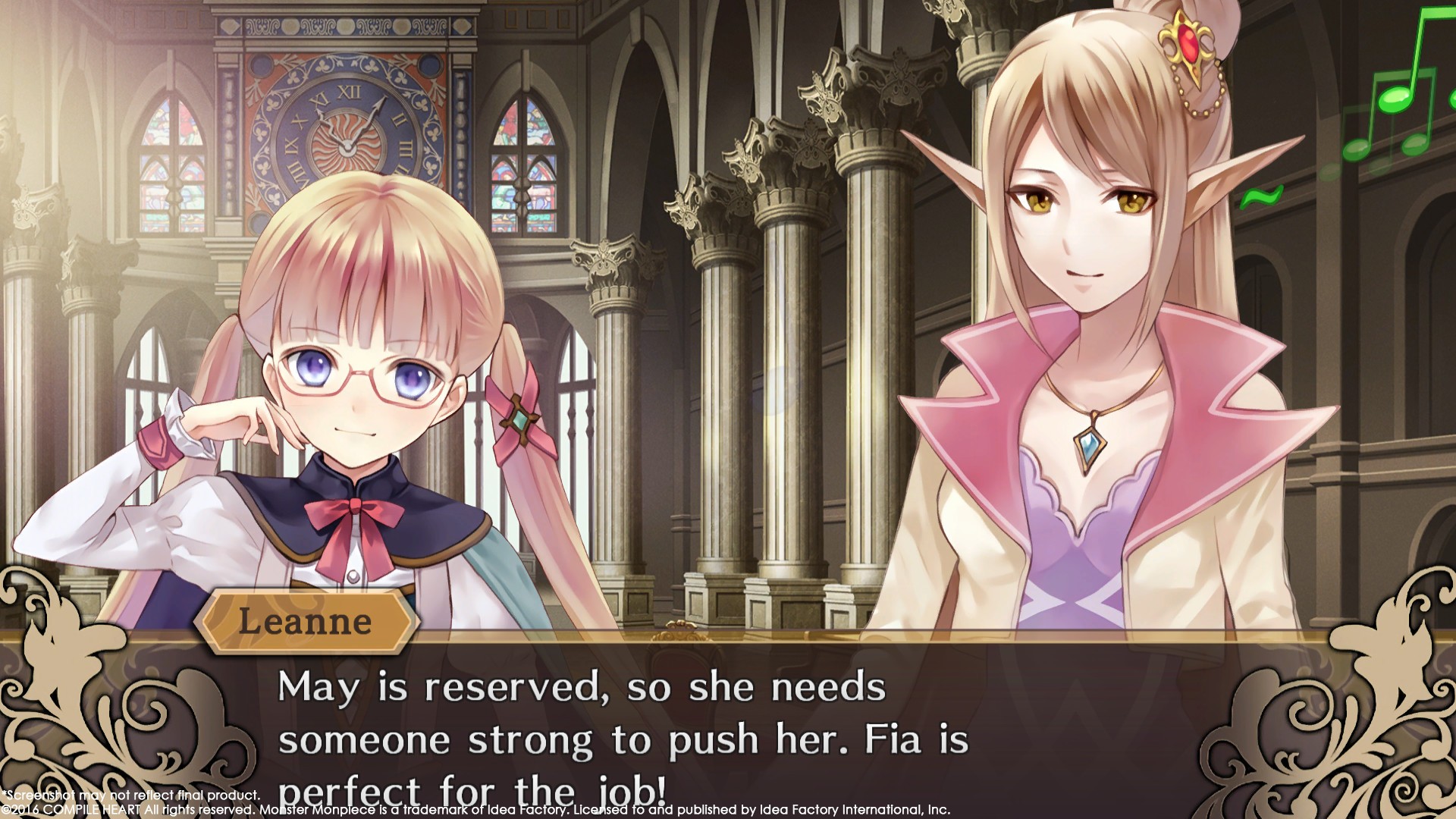 Monster Monpiece is a strategic card game about training monster girls! Originally published on January 24th, 2013 for the PS Vita and later got released on PC on March 14th 2017. Monster Monpiece was developed and published by COMPILE HEART, IDEA FACTORY and Idea Factory International! The game got a lot of praise for being a really fun and simplistic card game!

The entire story starts with how things are the way they currently are in the game. It all began when Clairdia, this realm’s goddess of creation, delivered the punishments upon the realm. The first punishment was in the form of a pillar which was for the humans because of their delight in the endless waging of war. The monsters that were contained inside the pillar had to follow the judgement of Clairdia. The monsters slaughtered the humans, which led to the civilization being on the brink of collapsing. After the duty has been fulfilled, the relentlessness didn’t stop from the monsters, so a second punishment was delivered. It was another pillar, but this one penetrated the ground, which lead to the monsters being Clairdias’s next target of her wrath. 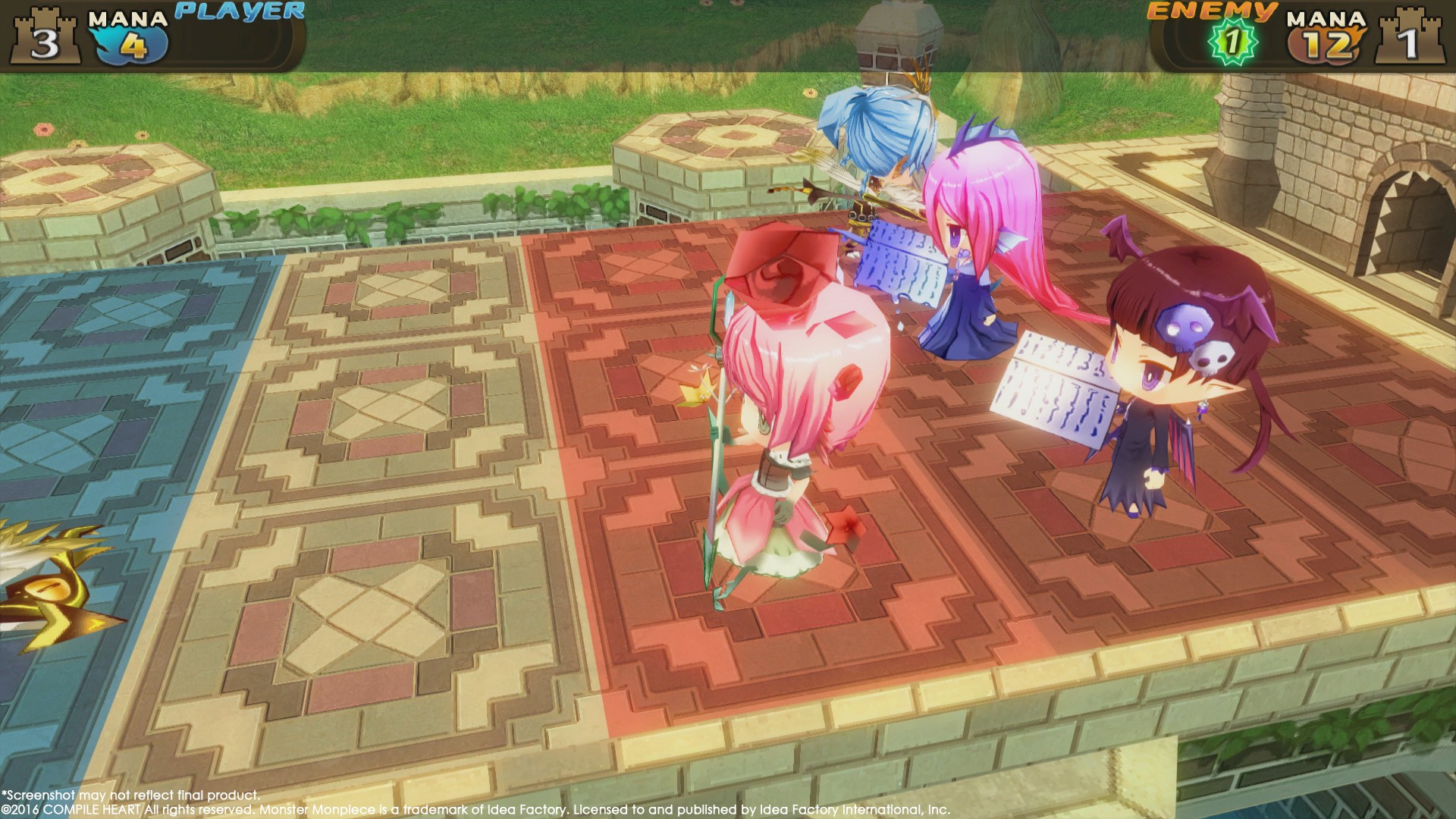 The punishment transferred the monsters into human bodies, which drained most their power. And the only way for the monsters to release their true power is with the help of another human. The monsters sooner learned how to communicate with humans. This lead to the humans and monsters coexisting with one another in which resulted in an academy getting founded to strengthen their bonds. It is now where you come into the picture! You will take the role of May, who is a student at this academy. You will gather cards and strengthen your bonds with your monsters by rubbing them in in naughty ways and letting them fight by your side. You will get to know an interesting cast of characters being in the journey you will take a part of.

The gameplay mechanics are basic. The game will still explain the basics to you before you play your first match. Once you’re in battle, your win condition is to destroy the enemy fortress and to do so, you have to attack the enemy fortress and make the durability drop to 0. That being said, it’s straightforward. You have a deck in which you have built yourself that contains monster cards. The monsters have different stats and abilities that will determine whether you actually will win the battle! Just like in most card games, a coin will flip and in this case if it shows the colour blue, then it is the player who will go first. To summon a unit, you’ll need Mana! What also limits you is the area you will summon your unit in. Here, you can only summon your units in your territory. 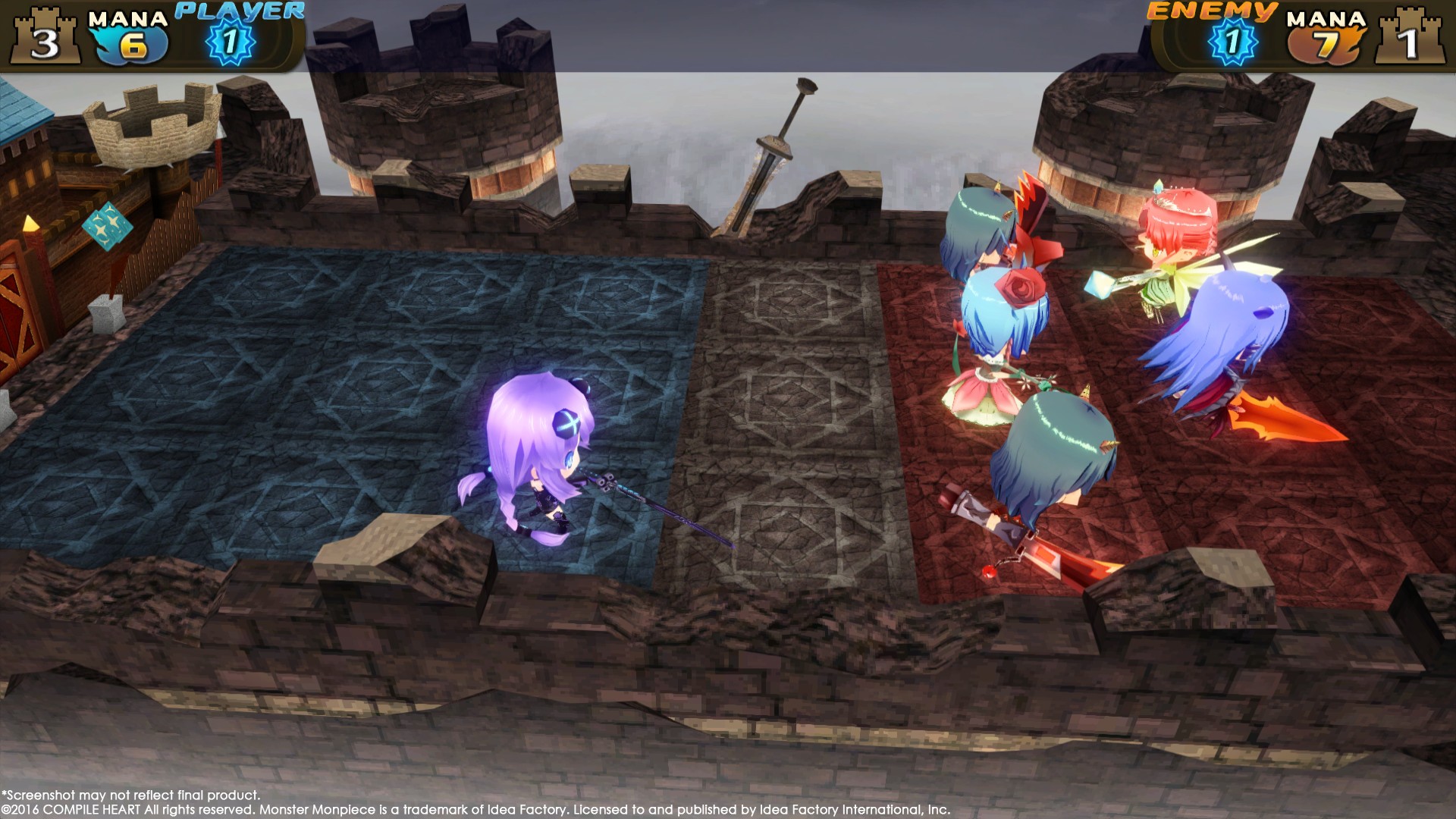 When it comes to the other elements of the game such as soundtrack and graphics, there really isn’t that much to say or complain about. Due to the game first being released for the PS Vita, the graphics are somewhat downscaled. It wasn’t until the PC release that 60 frames per second and 1080p was a thing which made the experience more pleasant! The game is really easy to play, which is a good thing! Monster Monpiece can easily be played with a mouse and keyboard as well as with a controller. If you really want to get into a single player card game with a decent story, I would say Monster Monpiece is a decent one to pick up!