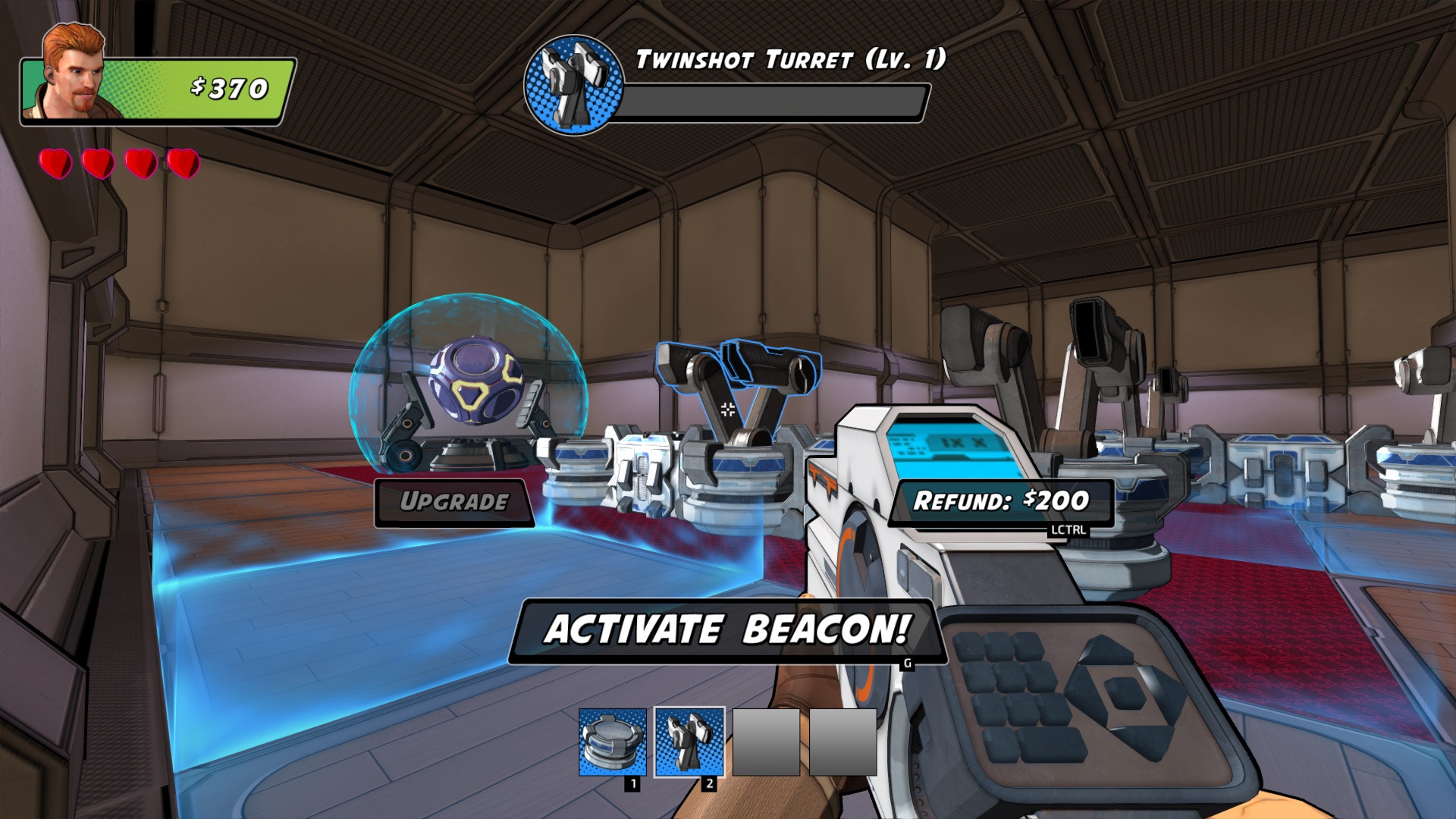 Wrack: Exoverse is a Tower Defense First Person Shooter, which is sadly something that is not seen too often. Despite sharing the same name as the developer’s previous title, the old-school FPS Wrack, the two games are extremely different from one another, and I must admit that I was rather surprised with the change when I found out about it.

The premise of the game is pretty simple, defend a beacon by creating mazes throughout the various procedurally generated levels, so that it takes longer for the enemies to reach the beacon, while also placing turrets in key strategic points so that they can gun down the impending waves of enemies. Each level is structured in a way that every couple of rounds you’re able to build up your maze, place new towers, and upgrade current existing ones, by spending the money that you’ve earned by killing enemies. Like other games in this genre, you’re not only relying on the turrets for your income and dealing with enemies, as you’re also able to pick up arms and fight. 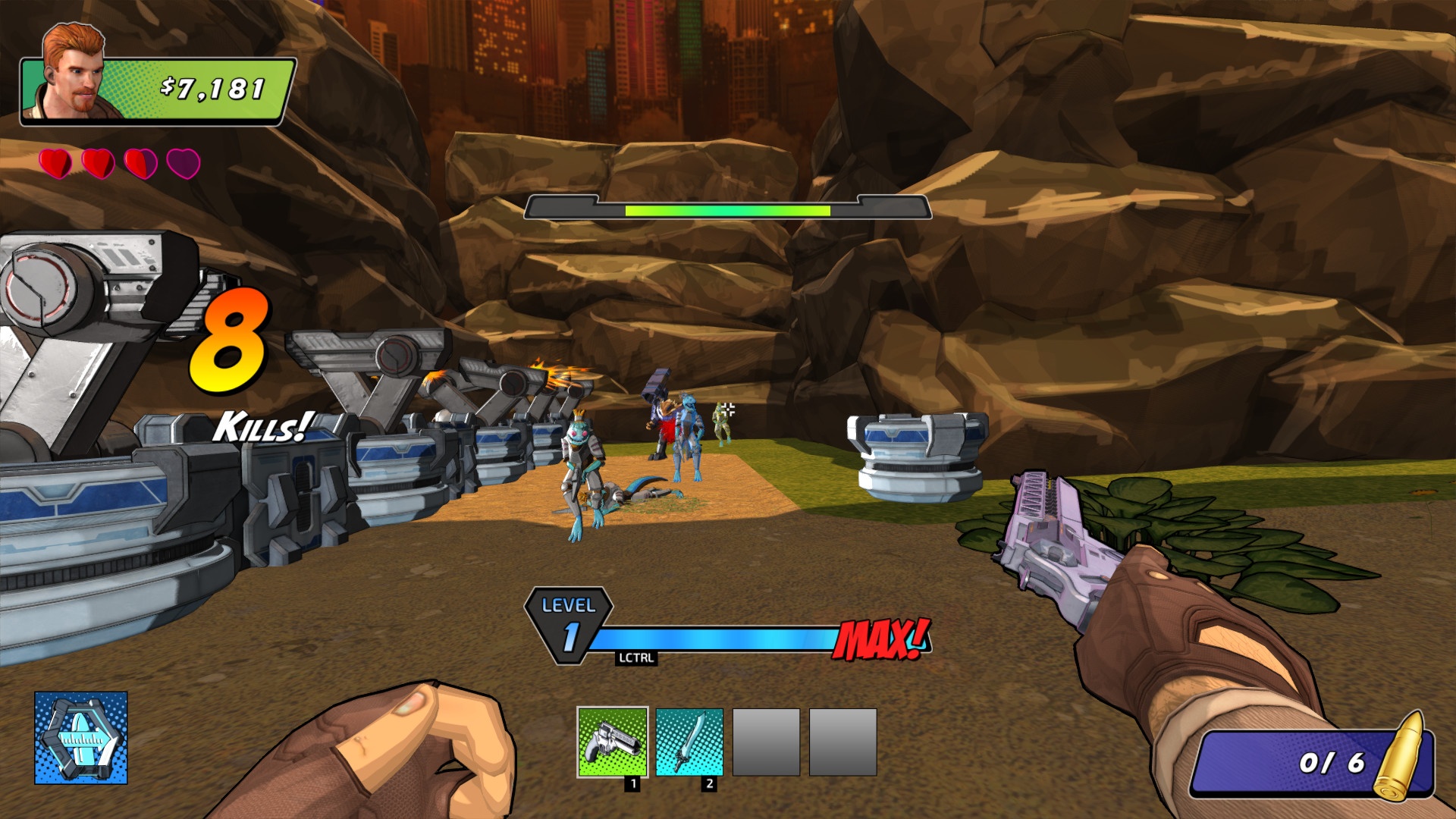 Besides having randomly generated levels, the game also seems to rely on its persistent progression system to keep players hooked. In a way, you could see that the developers have tried to implement some prevalent rogue-lite elements in Wrack: Exoverse, by making it so that once you die you have to start over. However, while you lose your money and your progress in terms of how far you reached, you’ll still gain experience and level up, which will unlock new items, weapons, and characters for future playthroughs. There are currently four playable characters, and each of them has their own strength. For example, you have one which has a sword and is able to deal large amounts of damage to enemies that way, and you have another one with a sniper rifle that seems deliver a poisonous area of effect strike whenever you hit an enemy.

At the beginning of each run, and at the end of each world, you get to spend the money that you have on purchasing new weapons, healing items, stats increases, new towers. However, the money that you use to buy these things is also the money that is needed during missions in order to construct your defenses, so you have to keep that in mind beforehand. Besides that, the game does let you know ahead of time where the enemies will come from, as well as what types of enemies and the path that they’re going to take in order to reach the beacon.

In terms of variety, and considering that this is still being worked on, the game offers a decent amount of different weapons that you can use, as well as enemy types. There are swarms of fast small enemies, bulky ones, enemies with the ability to strike from afar, shielded enemies, and some do present different opportunities as to how you can deal with them As far as weapons go, you have a decent arsenal at your disposable but it’s nothing really too crazy, you pretty much just have your standard range of weapons, ranging from shotguns, rifles, a rocket launcher, and a couple of pistols. Definitely, the game would benefit a great deal by having something that would set it apart from every other shooter out there and, to that extent, the game also lacks in terms of turret variety. 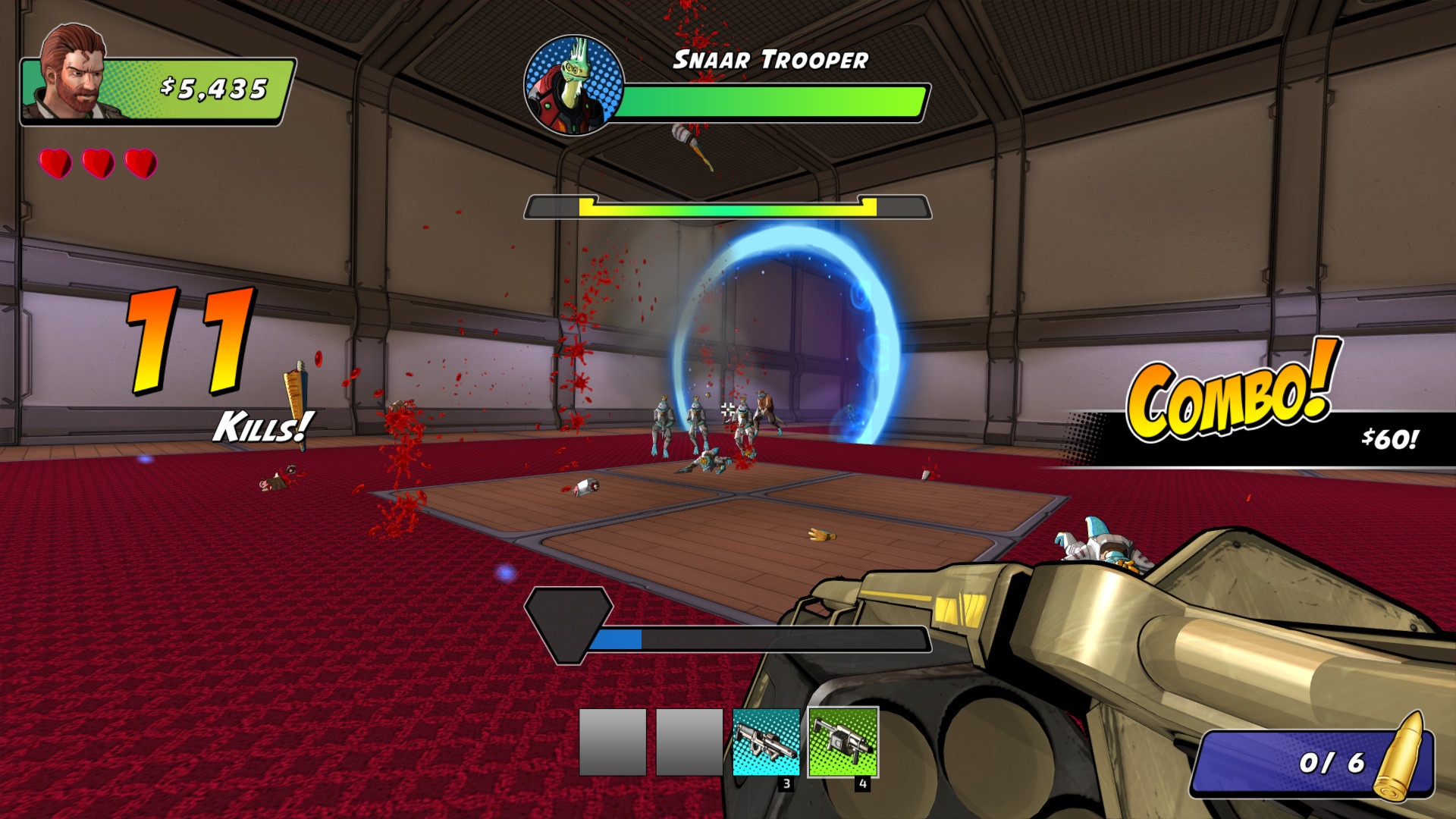 The weapons themselves feel so-so, but I have to admit that scoring headshots is rather satisfying and, thankfully, the game does reward you for those. As for the turrets, I found myself not using them most of the time, or usually only deploying two or three in the last stage of building, as most of the time I was able to easily dispatch all waves of enemies by using only my character’s weapons.

While I certainly wouldn’t say that this is a bad game, I also wouldn’t say that this is a game that fans of the genre should go out and get, at least not right now. The biggest issue that I have with the game at the moment, is the fact that the random levels only seem to work to the game’s own detriment, as the levels lack any sort of character or ambiance and feel completely bland, they’re pretty much just empty hallways or wide open rooms with tons of empty space for you to build your defenses, there is no personality to them.

At the end of the day, Wrack: Exoverse has the foundations it needs in order to become something that I could easily recommend to fans of the genre. Once more content is out, hopefully, the full complete package would end up being a whole lot better than what it’s right now, and I really hope that the level design is overhauled.