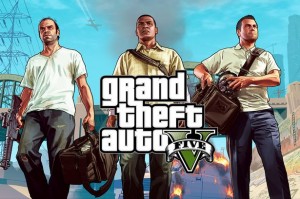 So, I’ve just finished Grand Theft Auto V (the story missions anyway) and as always, I find myself somewhat at odds with the template. For lack of a better term, I don’t enjoying ‘pissing about’ in the world that Rockstar have created. While the world created is unquestionably both an artistic and technical triumph, I don’t have the time to go playing a second-rate game of tennis or golf. It’s cool that they are there, and I’m sure many gamers appreciate their inclusions, but these are exercises in time wasting that I can ill-afford – there are far too many other games that need to be played for me to go wasting hours on GTA V’s supplementary entertainments. As always, I’m on board for the story, or more specifically, the characters and relationships. In this respect, GTA V has few peers.

I’ve heard a lot of complaints about GTA V being a bit of a boys club and that that the characters are impossible to relate to or sympathise with as they are fundamentally reprehensible representations of human beings. While it is hard to argue when speaking in relation to the fantastically bat-shit crazy, Trevor, looking back, I never think of GTA V in terms of singular characters, I think of it as a collection of very interesting and, yes, very relatable relationships.

Sure, I don’t rob banks with my friends and I’m pretty sure I have never killed anybody with my friends, but there is an underlying connection between each of the major characters that in one way or another remind me of the relationships that I have with my own. Like Trevor, Michael, Lester, Franklin and Lamar, me and my own friends from my youth (friends that are still close to me today), were always a mismatched bunch, the kind of friends that bicker,  and, on the surface at least, have very little in common. Like GTA V’s unwieldy cast of characters though, we share a bond that will fundamentally make us, for fear of sounding cheesy, friends for life. 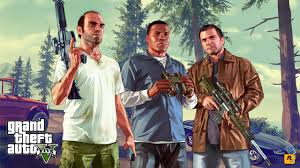 That, for me anyway, was the central point on which all other aspects of the story were built. Yes, GTA V is a story about violence and the “American dream”, but before all that, at its core, it’s a story about friendship, or more specifically, male friendship. Be it dealing with long standing relationships or finding a like-minded soul in city where you don’t fit in, GTA V arguably deals with the themes of friendship better than any video game before it, (and better than most TV shows and movies for that matter). This felt like GTA growing up, going beyond parody or recreation, and into a realm in which the missions and story are built around the characters rather than the other way around.

Be it Franklin’s strained friendship with Lamar, Michael’s combatative bond with Trevor or the beautifully handled and subtly defined connection between Michael and Franklin that signifies better than any that, regardless of age, race or background, that two people can become friends based upon a single common interest and an underlying ethical code, GTA V is home to a host of compelling, interesting, but above all else, believable relationships that drive every aspect of the game forward. Yes, Trevor deservedly steals the show as the surprisingly layered lunatic of the piece, but in Michael and Franklin, Rockstar have created a relationship that connects the player to the game and the characters to the city in an extremely organic way. 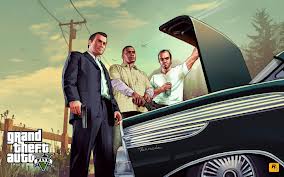 I’ll never be the biggest fan of the open world template, but I’ll always be a huge fan of great writing and brilliant characters. I’ll never spend any time playing golf, going to strip clubs or even collecting property; I don’t even do all that many side-missions, but when the core gameplay and storytelling is as good as it is in GTA V, then that doesn’t really matter. The story missions, characters and relationships are worth the price of admission ten times over (well, twice over anyway). Each and every character in GTA V might well be an asshole, but they are all interesting assholes, and yes, women are poorly represented in the game, but as I said, this is a story, above all else, about male friendships. I hope that women get to play a bigger part in future instalments, but in GTA V, their inclusion into the main story would feel shoehorned and wholly out of place.

GTA V might well be a story about reprehensible, unlikeable characters, but I’d take unpleasant, unlikeable, interesting characters over pleasant, likeable but ultimately beige ones any day of the week. GTA V is a technical masterpiece, but what makes it truly special, the reason that people will still be talking about it in 10 years’ time is its characters and the stories born from their interactions.