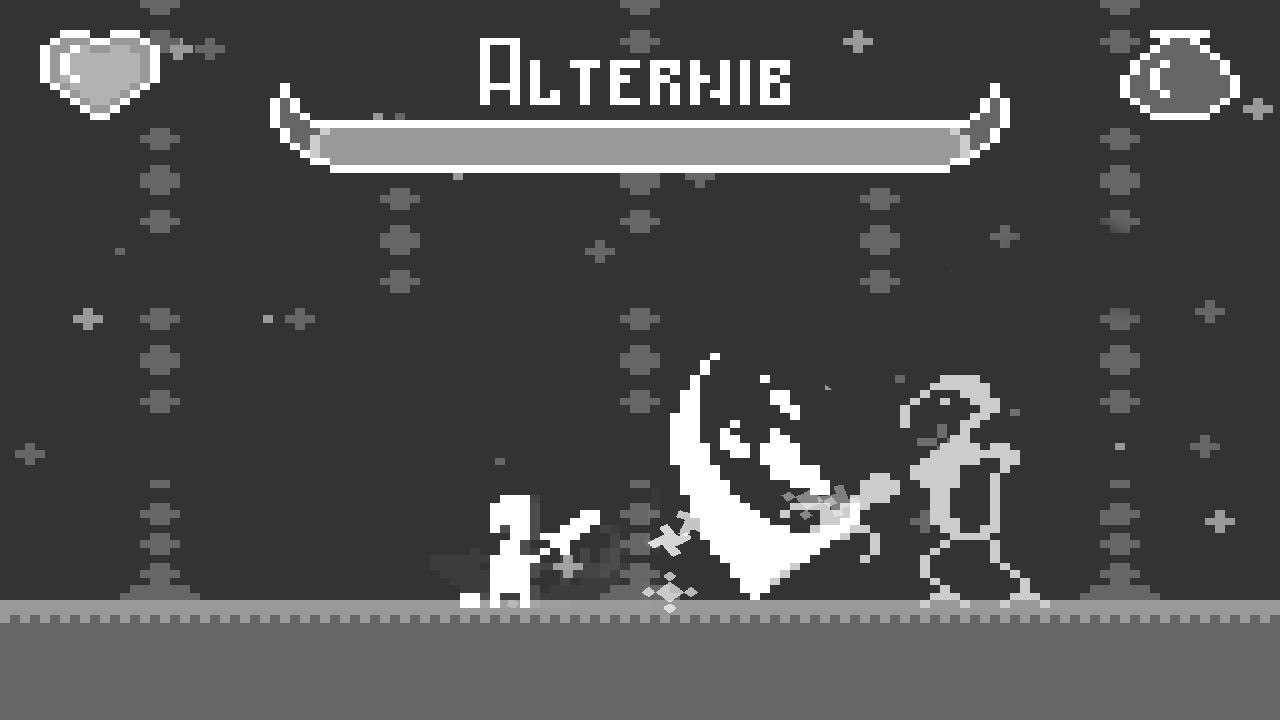 When I finished playing Grizzland, I felt like I had missed something. This metrovania indie title from solo developer Khud0 (published by EastAsiaSoft) gives this appearance and idea of something larger, something grander than what you see on the screen. Take, for example, what you might be getting from these screenshots right now. They look like they were inspired by the old Atari 2600 days of gameplay, and maybe the contemporary approach of Nidhogg, but it’s inarguably rough. Plus, it’s got this sort of “lost game” mystique around it that tells me there could be more beneath the surface. So, I dived in, both feet, and put in my time to explore and figure out this game front and back. And while I discovered something, I still feel like I didn’t discover “it”.

You are on the planet of Dinos, a Grizzled Planet, if you were, and something is very, very wrong. Through minor quests and gradually unfolding storylines from NPCs, you, the seemingly immortal hero, must restore balance and figure out all the secrets contained within this strange, angry world. To the credit of everyone, Grizzland does a fantastic job of storytelling in this sense, and I really must commend the approach. If you don’t bother to piece together what is being told to you by different entities and finding the hidden notes that are strewn through intangible walls and innocuous secret spots, you might not figure out the whole deal, and that, alone, is usually enough to keep the game going.

As mentioned above, Grizzland is a metrovania, meaning you gotta get all kinds of skills together in order to make your way to the exit. Grizzland is not a huge game, but it can be confusing. For example, a brand new game will give you a quick set of tutorial instructions on how to do some things (swing a sword, jump) and, without warning, immediately strip you of these powers. I was so confused when I could jump a second before and now was left to merely fall in the right direction until I eventually found the feather that restored my jumping ability. No matter. You also get even better abilities, like changing size, falling through certain platforms, and self-detonating, which is invaluable due to the unforgiving nature of some aspects of the game. 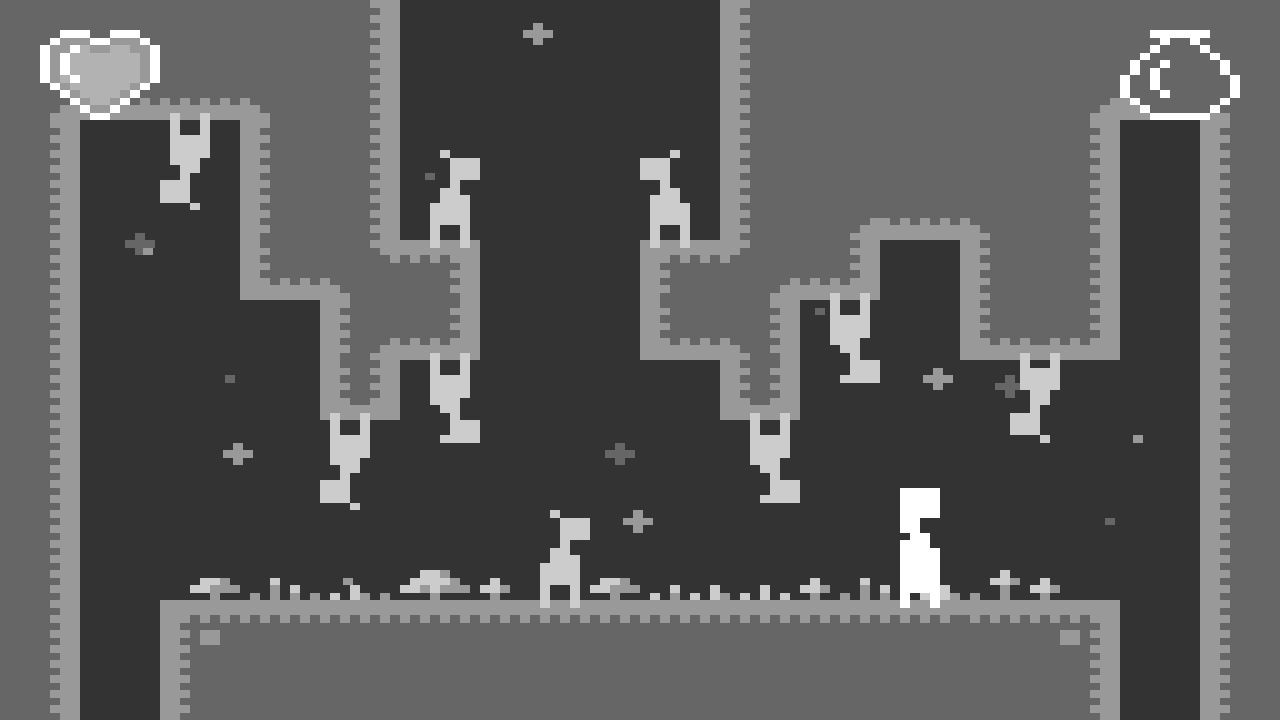 With metrovanias, usually a player simply cannot access areas until they have the appropriate key or weapon, but Grizzland takes a different approach. More often than not, if you aren’t supposed to go somewhere yet, you end up getting stuck and getting killed. Or worse, you get stuck and have to kill yourself, spawning at the last important interaction you find. While unorthodox, the self-destruct nature of Grizzland is interesting, and unique enough, so we can let it slide. Plus, it’s under the menu, not a simple button combination, so there’s no chance of accidentally doing it while swinging a sword. Speaking of which, I found it incredibly bizarre that nearly every button in the menu was a confirmation button. Both A and B kept telling the game “yes”, so I needed to be careful to either use the plus button or to always be on the “back” area of a menu when finished.

While not terrifically big or long, Grizzland does have some very memorable interactions and exploration patterns. The way that you run and rerun in order to move a bit further each time kept me moving at a good clip, and finding secret areas was a passion of mine. Discovering a secret area that told me, point blank, it was a pointless discovery was a bit…grating, but I still accepted things (and later finding the “Grizzly Land” made me chuckle). Once you clear your first quest by getting enough water for the initial tree and opening up more of the game, you become more excited to move on with the exploration, and you also get to do your first boss fight, which was a godsend because, before that moment, I was prepared to sink this whole review based on the combat and how the game plays. 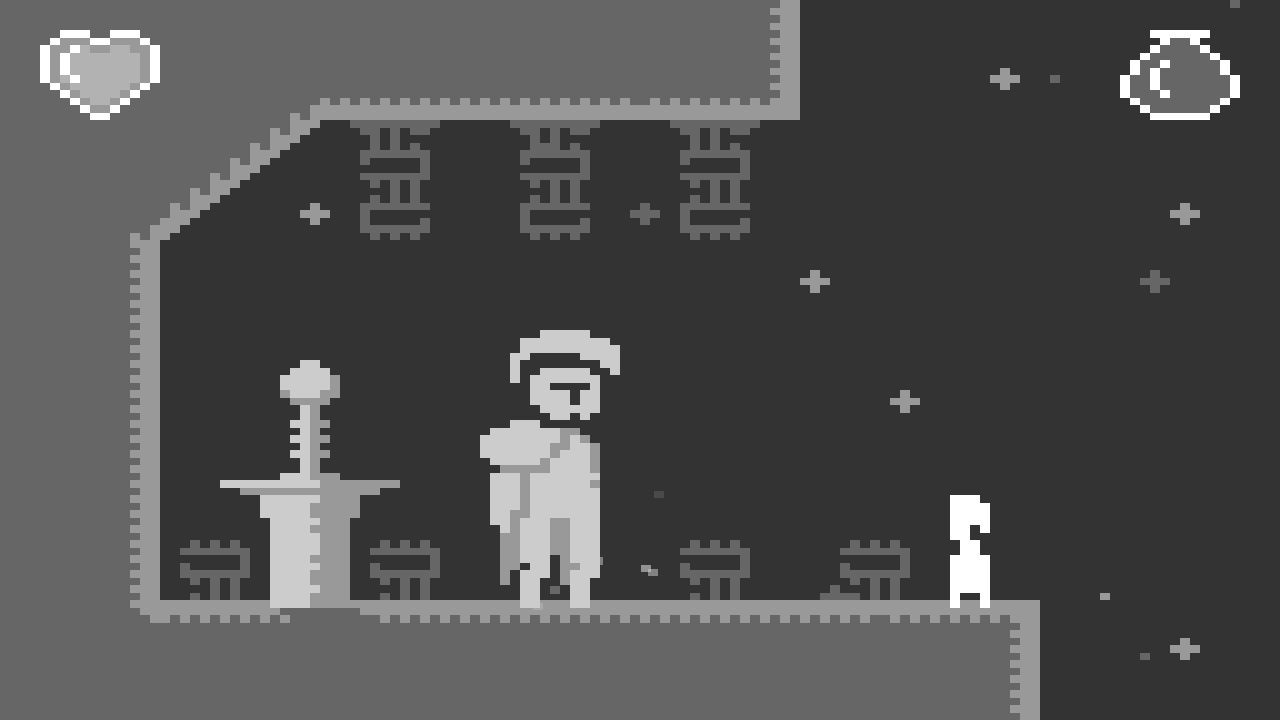 The combat for regular mobs in Grizzland is abhorrent and painful. The enemies wander rather quickly and explore the full room of where they’re confined, and they can crash into you before you’ve even fully entered the room. So you swing your sword in a janky, wild arc, and can easily get murdered to death without hitting a single thing if you’re not prepared. Plus, the enemies respawn at the drop of a hat, so the slaughter often feels pointless and confusing. I tried to get better at figuring my depth and range and hitting from there, or at least being in midjump when entering a room to better increase my chances of not being nicked, but it was a pretty poor ratio of success. I think I could have finished this game close to twenty minutes faster if it wasn’t for random deaths thanks to overly eager, terrier-like enemies.

But the boss battles are fun and explore the artistic side of Grizzland. While the soundtrack was very repetitive and frankly not my favorite, I gradually melded with and even enjoyed the large pixel style, seeing the choice of color and design as a strong representation of what was beholden to the Dino land and the inhabitants. It also made subtle changes in how the bosses looked in comparison to the mobs, more dynamic, and the graphics and style carried throughout. I liked having to figure out puzzles while fighting, dodging falling objects, timing things correctly, utilizing all the skills I had collected in order to make things work. When it all came together, it really sang, and I finished this very short game with satisfaction.

Yet there still feels like there’s something missing. I can’t put my finger on it, but it’s like Grizzland forgot a side of peas or something. I think it might have been the regular combat: when you have a game that plays in a slightly jittery way and asks the player to open up their mind to unique storytelling and a different approach to aesthetics, it’s weird that everything can hang on how the everyday part of the game unfolds. If the sword was fine tuned, or if the mob spawns were more forgiving, I think Grizzland could be a more stellar experience. As it stands, though, I have to give it a clipped, polite “it was fine”.

An interesting if short adventure that comes prepared with stories and bosses, but really duffs the simple combat element.