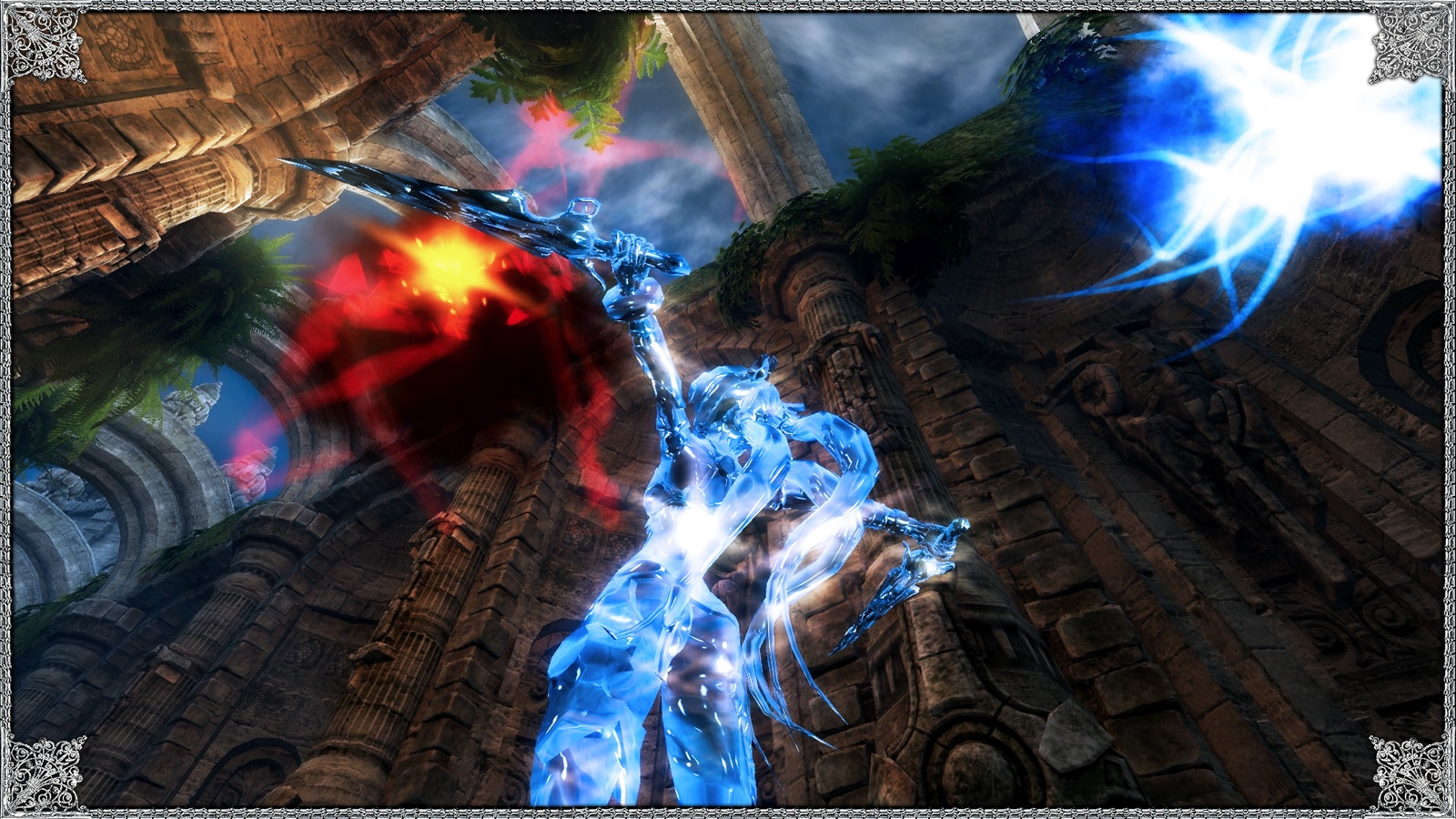 X-Blades takes inspiration from series such as “Devil May Cry” and “Tomb Raider” to bring us a hack and slash treasure hunting adventure, but is it any good?

Ok, the first thing I have to say about this game is, it looks amazing. The cell shaded graphics and lightning look incredible, they did a really good job on making the games anime style fit the game as much as possible and to be honest the game looks great.

Here lies the problem and there is a few I am afraid. First off getting this game to work with my Afterglow Xbox 360 controller was a nightmare! I finally after hours and hours, managed to get it to work but the fact the game states it supports the Xbox 360 controller so I can’t understand it.

The camera on this game is one of the worst I’ve ever encountered. I consistently found myself getting dizzy by how quick you move about and how unresponsive the camera was. At times I lost sight of an enemy just because I turned too quickly to dodge an attack. I know this is a common problem with hack and slash games but for X blades it’s the start of its downfall.

You play as Ayumi. A half-naked treasure hunter who has stumbled across a forbidden artefact and Despite been warned, she proceeds to touch it and well, all hell breaks loose. Evil monsters are summoned from the artefact and it does stuff to Ayumi I just can’t explain, it curses her basically. The curse then shows her the way to more treasure and of course, she hasn’t learnt her lesson and like the spoilt brat she makes herself out to be, sets out to find it. 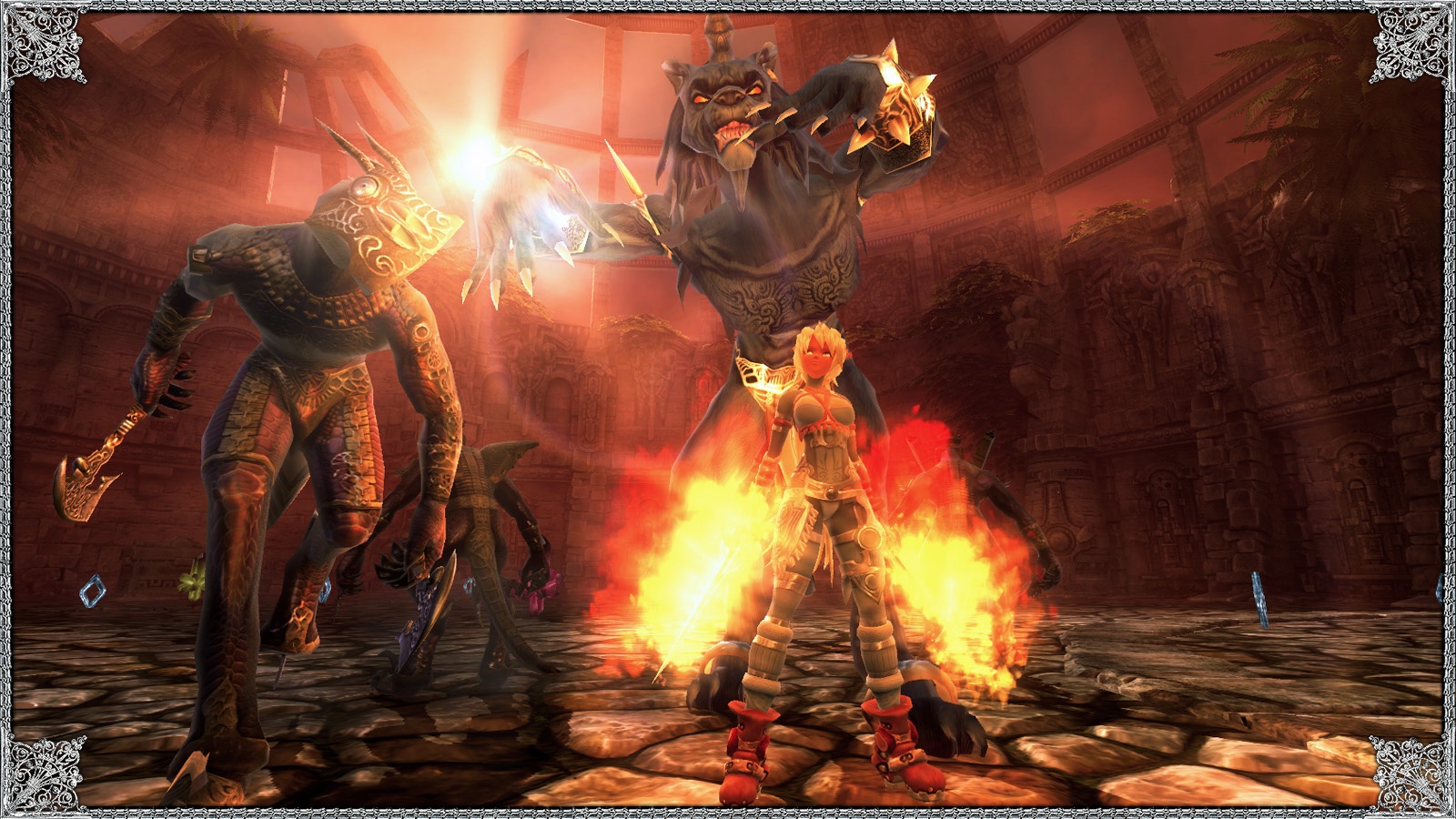 Another huge problem for me was the controls. I found rolling very difficult and locking onto an enemy is so random. You never target the enemy you want and when you do, it doesn’t really work, since they have usually moved. Meaning you need to move the camera, which did I mention, is AWFUL. It’s a real shame because a game that looks as good as X Blades had the potential to be a great hack and slash experience, there’s a nice skill tree system which uses orbs gained from killing enemies to upgrade your abilities and acquire new skills (sound familiar).

You have three forms of attack. These are, Blades Guns and Magic. Different types of enemies and bosses require certain abilities to kill them, Again this is another problem. For example, I had a boss who could only be damaged by magic and Then I get surrounded by enemies (and I mean surrounded!) that can only die by my blades. The targeting system is so bad, that it will always target them, not the boss hence me wasting all my magic power on the ads rather than the boss itself. This is pretty much game breaking, the games difficulty grows so much more because of this. Fighting the controls isn’t my idea of a game difficulty.

The music most certainly takes inspiration from Devil May Cry. Expect to hear some heavy metal and rocking riffs as you hack and slash your way through hordes and hordes of enemies. The title screen start-up song in particular I liked. 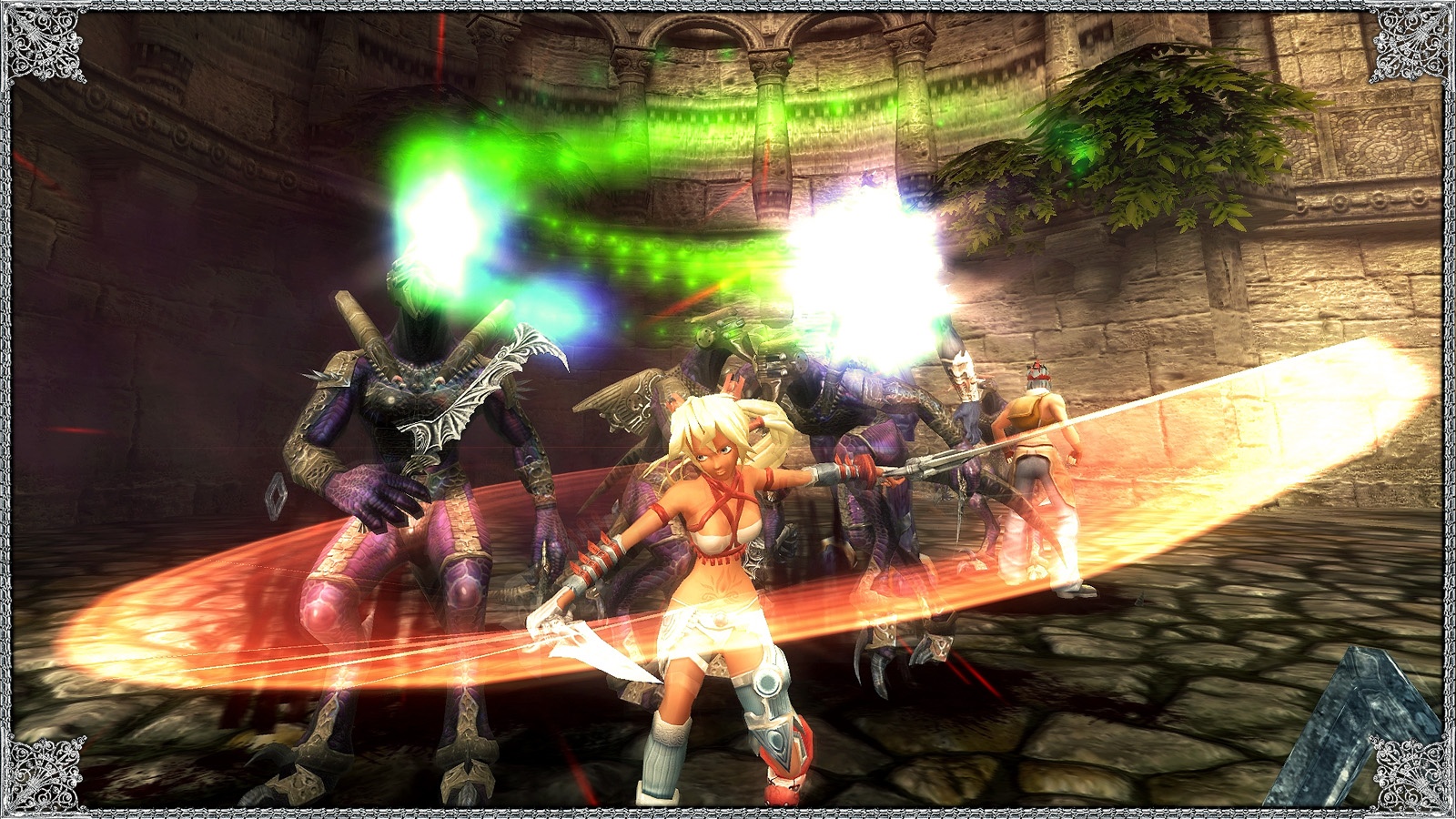 This game is unbelievably repetitive. At times I thought the game was broken because the enemies just kept on coming and coming and coming. I don’t think I need to say, fighting a group of the same enemies for more than 10 minutes in a confined space of the level just isn’t fun. The enemy Varity isn’t very inventive either and you soon get sick of having to remember what kills them. To find out what kill certain enemies, you just trial and error it. No hints, no nothing.

The game suffers also from poor character development. I didn’t care what happened to Ayumi because to be frankly honest she annoyed me. It was almost like I was playing as the rich girl who’s gone rebel decided she’s it, acquired two blades (which can also shoot bullets) and got dressed in the dark.

This game suffers from so many problems. The bad outweighs the good, the games frustrating and very repetitive. It’s a huge shame because X-Blades looks stunning, offers a good upgrade system and if you play long enough to see everything it has to offer there are multiple endings too, no they aren’t worth it.