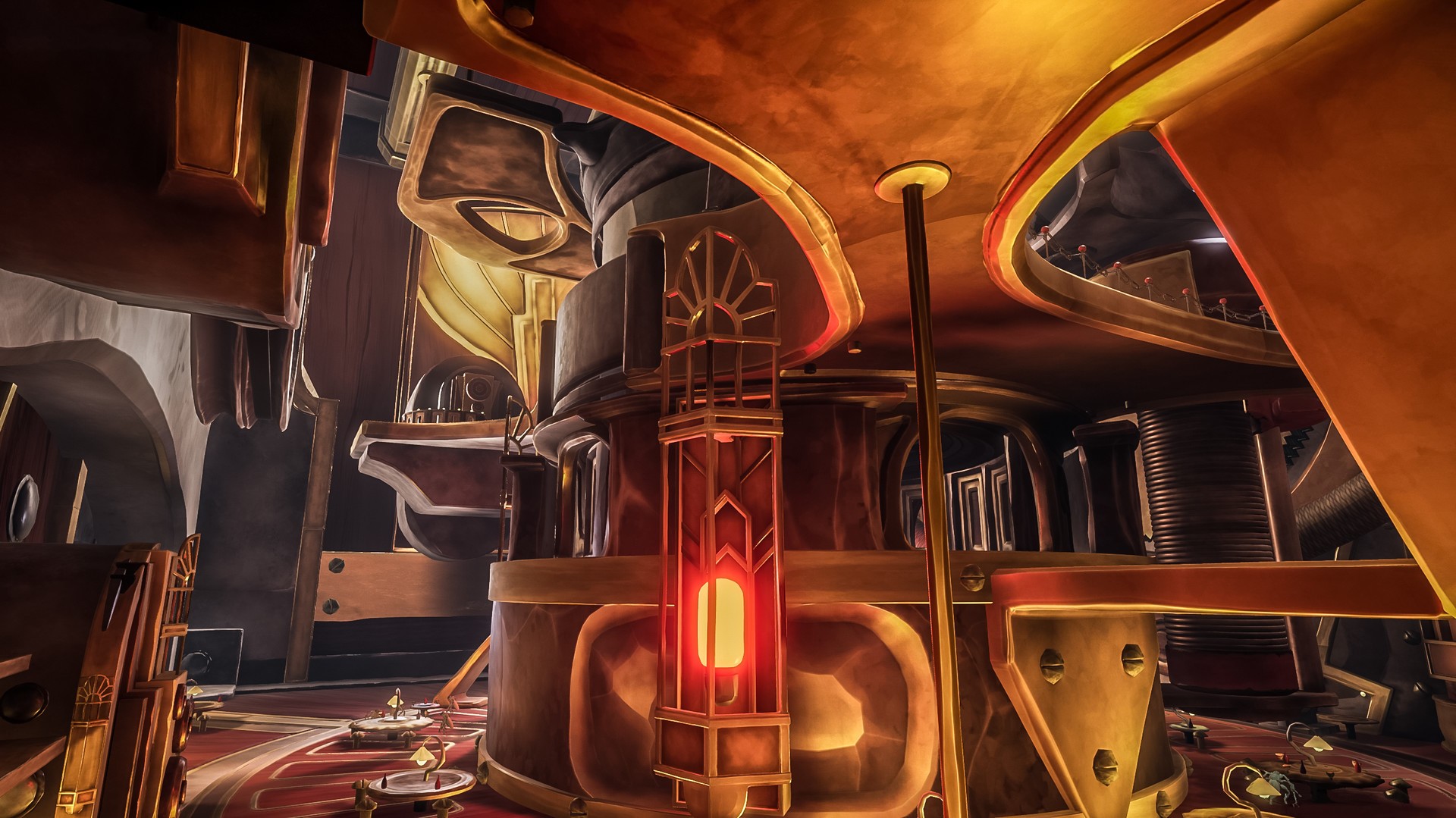 What would you do if you become a bug? Metamorphosis is an adventure game in first person perspective, where your main gameplay will be puzzle solving and environment exploration through some nice bug-ish mechanics. The game is based on Franz Kraft’s novel called The Metamorphosis, which tells a story of a man that turned into a giant bug. Metamorphosis (the game) is some kind of re-imagination of Krafta’s storytelling.

You are Gregor Samsa, a salesman who wakes up some certain day and feels a little different. So he notices that your room’s human portraits are transforming into bug paintings. Minutes later, Gregor sees everything from a much smaller scale, until he finally realizes he became a bug. Desperately, he tries to reach out to his closest friend Joseph to ask him for help, but he has been arrested for some unknown reason, just in front of you and you cannot do anything to help as you’re too tiny and not understandable.

Metamorphosis has an excellent narrative story and dialogues – even though some of them simply repeat in a glitched way -, which makes you want more when advancing on its plot. When you’re on your way to the seek for answers for what just happened, Gregor will frequently encounter Joseph trying to get away in order to defend himself from the strange accusations while diving deeper into an extremely bureaucratic system. 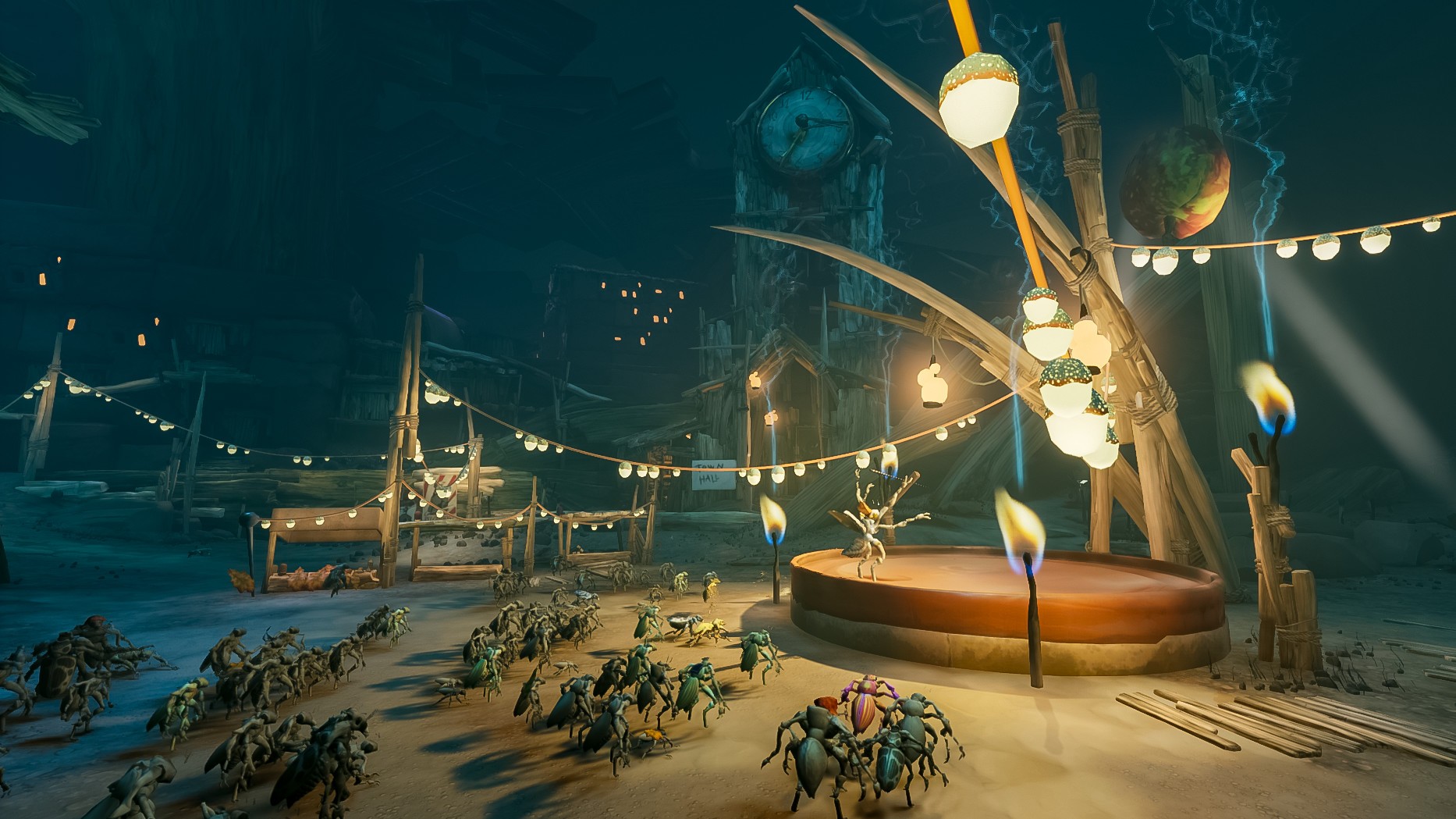 In his new body, the protagonist needs to find a way to restore his original form, as he notices that his human speech capabilities are disappearing and turning into a bug’s language. Gregor is going to meet insects that are apparently flooding every single place and drawer and also look like they have even built a kind of bug society with their own rules and ethics. There are bug artists, securities, attendants, and even a mayor governing a little bug city that you would ever have imagined. Apart from that, Gregor’s main mission is to go after a mysterious place known as The Tower, where a letter and some bugs were telling him to reach out.

The base mechanics in Metamorphosis are a well done mix of platforming, exploration and puzzle solving. You’ll spend a lot of your time entering furniture and really dirty places, although the level design can be a lot confusing at the most of the time due to the 1st person view – even making use of the scenario overview pressing the A button. As the game doesn’t offer a map and Gregor doesn’t have a spider sense or any kind of compass, it’s common to get lost in this “huge” world – in a bug’s perspective. Not always you’re going to know what is your next objective or where it’s located. Once again, you can press A to get an overview of the current area and take advantage of the eye icons that point often where you need to go. Despite that, sometimes you got to explore deeper the scenario and the surrounding objects to solve some puzzles, because the pointer isn’t enough. Well, this is part of the challenge. And look out, because almost everything can kill you: heat, pressure, water and heights.

The controls and mechanics are quite simple. You have commands like walking, sprint, stick to the walls and rotate objects, this last one being very useful to open bottles and manipulate stuff. Sticking to walls is only possible when you pass over sticky things, like glues, inks, butter and so on. Basically, all the puzzles found during the game demand a different use of your basic skills, and sometimes the solutions are subjective in the right measure in order to make the player feel clever enough by finding the answer. 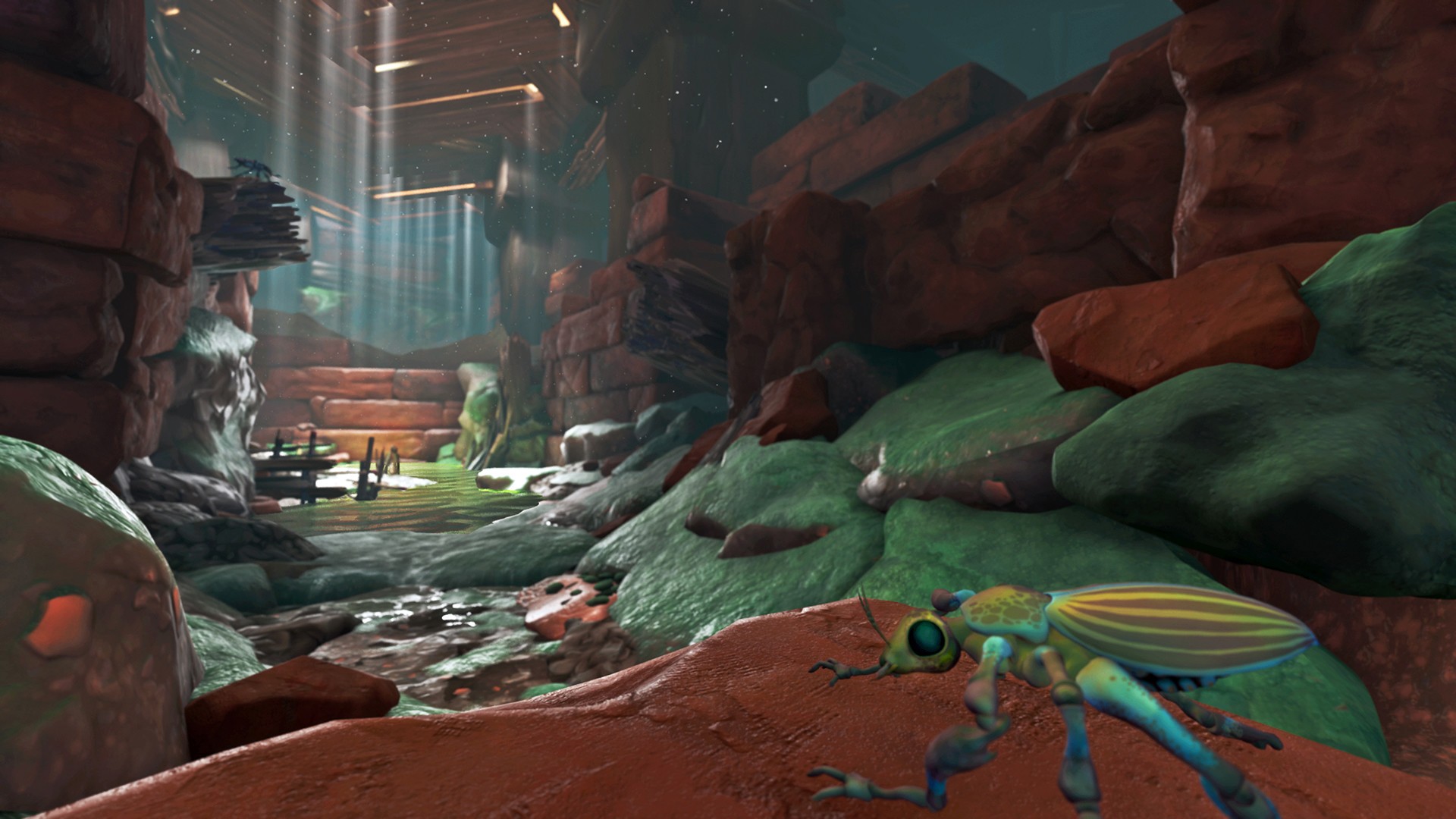 However, sticking to the walls is very imprecise, and most of the time the controls are going to turn into a messy thing, inverting directions and making you totally confused. Also, it’s possible to be sticking to surfaces only for a short amount of time, and you can’t go totally upside down because Gregor will drop out. But Metamorphosis shines in the platform challenges and level design, by far the best parts of the game. Because to accomplish tasks isn’t necessarily a hard job. In short, it’s something very simple like “talk to someone, get some request, go there and return to the requester”. But fortunately it’s not a walking simulator. Also, the background music is amazing, and it feels so immersive because of the classical style that matches perfectly with everything.

The story it’s another great element of the game. Even though almost all dialogues are really bizarre, you only stay curious to what is about to happen next. Finally, Metamorphosis is a great game that knows how to tell a good and inspired plot through contextual mechanics considering you’re a tiny bug. However, the Switch version has some downgrades that can annoy for some. I didn’t get irritated by the handheld or docked graphics, since it works very well despite being dynamically adjusted in some very specific busy areas. But the objects popping out, poor draw distance, frame drops and insects that needed to get their texture removed to maintain the performance could be decisive when you choose the console version of Metamorphosis. Honestly, it’s a good port, but not fantastic. It gets the job done, and even though they have removed almost all the shadows from the graphics to compensate in the almost 100% stable resolution, the game is a bit impressive on Switch – much better than a lot of ports made for this console.

Metamorphosis shines when it comes to the platform challenges and level design, by far the best parts of the game.