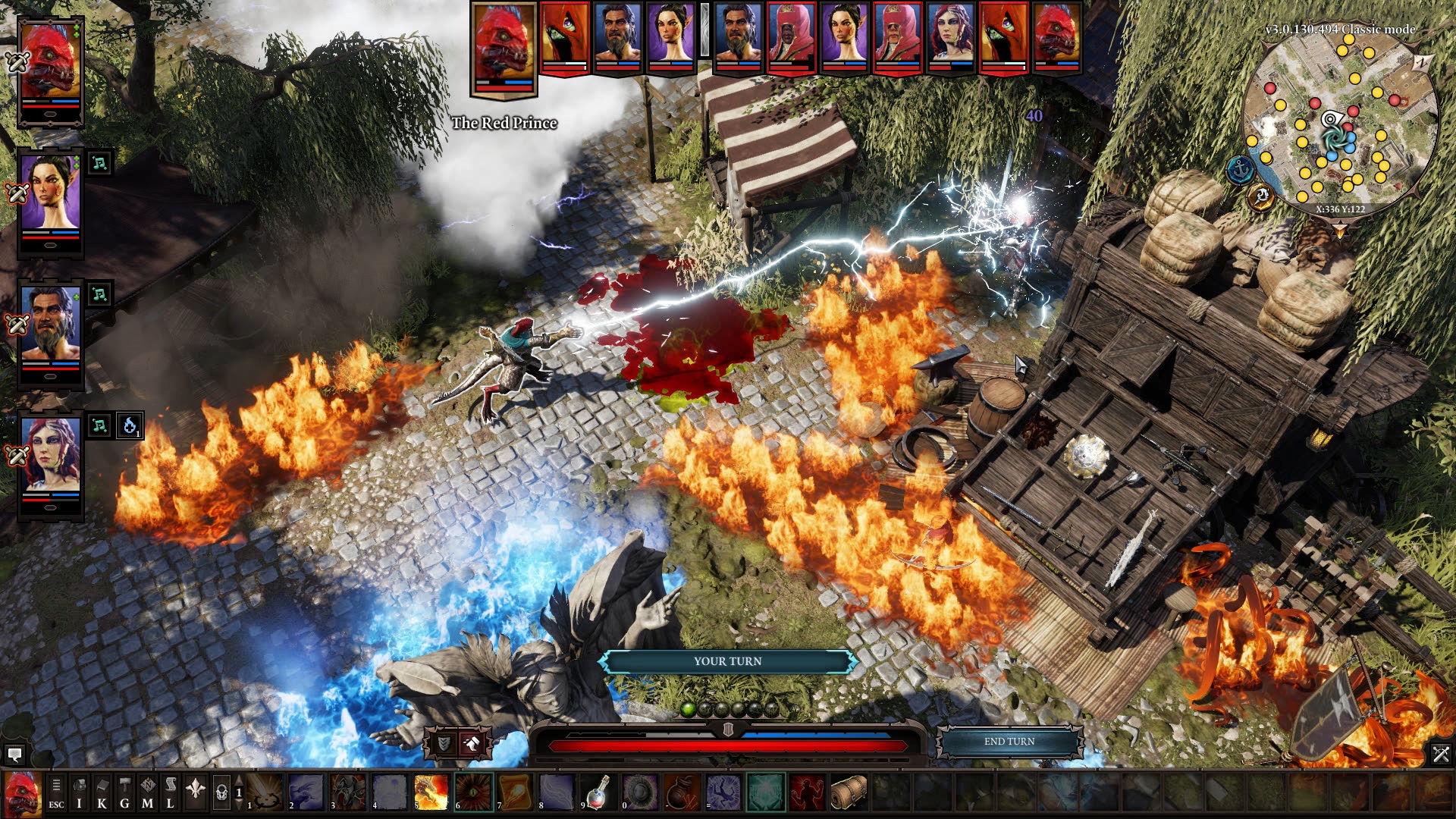 Divinity: Original Sin 2 is quite possibly the best sequel to ever exist to an already amazing RPG, and saying that probably doesn’t do it justice. Still, I can’t appreciate enough how much Larian Studios cared for their little baby, and watching them evolve over the years, and over the time that the game was on Steam’s Early Access programme, really shows that they’re probably one of the most open studios in regards to player feedback, and that they’re not afraid to show as much as they can to everyone without spoiling anything.

Now, Original Sin 2 is the sequel to the successful Divinity: Original Sin that got so many RPG fans excited, and which brought probably the best co-op experience in any RPG ever. With that said, the same can be said for the sequel, as the game has already sold incredibly well and it’s being played by thousands of people. Still, this time around, the game comes with something extra besides the core story mode experience, and that’s the Game Master mode, which allows players to create their own campaigns and share with others. Besides that, the game also comes with a PvP mode called Arena, which is sure to please the most hardcore fans of the combat system that’s present in Origin Sin 2, up to 4 player co-op, 2 player local co-op via split-screen, four different difficulty modes, as well as modding support.

Like any other RPG, one of the key features of the game is its story, so I’ll refrain from mentioning it, as the last thing I want is to ruin the first moments of someone playing this game. In any case, while character creation is a big deal in this series, this time around Larian Studios has introduced “Origin” characters. There are a total of six of these, each with their own unique story and quest, and they provide an intriguing and engaging introduction right on the character creation screen so that you can decide if you want to take one of these right on. Still, even if you don’t choose one of these as your character, they will all be available as companions that can be part of your party.

From the musician that has to live with a dark voice on her head, to the lizard general that was exiled for engaging with demons, and the undead who has risen from his crypt only to find that he’s the last of his kind, they’re all extremely exquisite characters that make your party much more rich in terms of narrative. Honestly, I’d recommend everyone to go with one of the pre-made origin characters, for the sole reason that each of these offer their own personal quest that’s unique and worth delving into. Not only that, but there are unique dialogues that only trigger if you have one of these characters at your party at a given time, which adds more to the game’s replayability factor. Still, even though if you don’t customize your own origin character during character creation, whenever you meet the rest of them in the first hour or so of gameplay, you can decide which role you want them to play, either that be a wizard, a rogue or a knight.

Nonetheless, if you want to make your own character from scratch, there are plenty of options to make it unique. You make your character male or female, you can can choose being a human, an elf, a dwarf, a lizard, or the undead variant of these, and you can also customize your skin colour, face type, hair style and colour, facial features and voice type. You can choose one out of the 14 build presets that are available to you from the get-go, such as, cleric, battle mage, knight, metamorph, rogue or ranger. However, if you like to have everything to your personal liking, you can always customize your own build by choosing your own attributes, abilities and skills, which will affect your starting gear and skills, so that these reflect the sort of play style you want to lean towards. 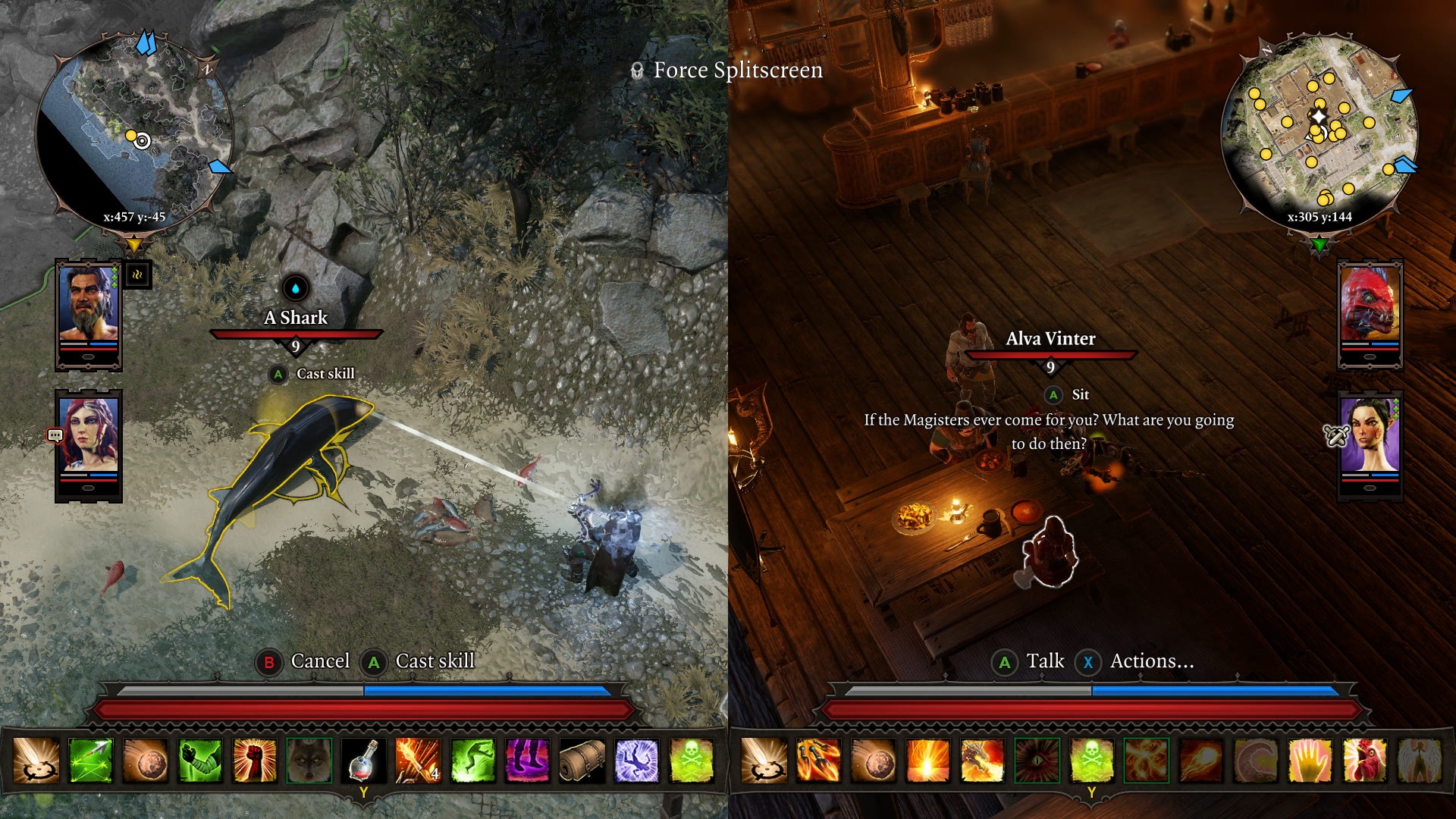 While there are clear abilities and skills that work better with specific characters thanks to their presets, the game doesn’t really have a class system like other games have, in which they don’t allow you to give a certain character a certain ability. This means that thanks to this freedom of choice, you can have characters that serve as much as healers as they serve as front line troops.

With that in mind, it’s crystal clear that the game embraces player creativity, but that doesn’t mean that such creativity will always result in a positive outcome. For me, most of it comes from playing around with the elements in the battlefield, which, if you don’t pay enough attention, can mean that you end up losing the battle. During my early hours of play, there was this fight in which pretty much everyone from both sides was in a water surface and, in my innocence, I completely forgot that my mage had a wand with air properties, which means he can stun people, and what ended up happening was that pretty much every member of my party got stunned. Another perfect example of how Original Sin 2 is really open to player experimentation is present in the form of a teleportation skill, which you can acquire in the first few hours of the game and which you can use to bypass quite a few obstacles.

Obviously, this is a RPG, and it’s quite possibly the best representation of a pen and paper RPG in a video game format, so player creativity doesn’t only come from combat, but how you approach quests, characters, if you decide to play the bad or the good guy, or try to remain neutral. Do you want to murder everyone that you see? Well, go right ahead and do that if you feel like it, this game doesn’t impose those kind of invisible boundaries. The game presents you with multiple paths to reach a certain location, as well as numerous routes that you can take in terms of solving different quests, engaging with characters, engaging in combat or not, even if it’s not initially apparent.

The game doesn’t certainly hold your hand, and fans of modern RPG’s might find themselves having a hard time to adapt to the way Larian Studios has approached the RPG formula. The most noticeable aspect, and I remember some people complaining about this when the first game came out, is the fact that the questing system can be vague and mysterious, filled with lines of dialogue that are up to player’s interpretation. There are no quest markers nor does the game indicate you, at least in a very clear way, what you should do next in order to progress in a certain quest, it’s the player that has to figure out what to do based on journal entries that derive from engaging in conversation with other characters, finding clues in the environment, or reading letters or books.

Personally, I think this is stellar because, once you finally figure out a quest, it clearly shows how a lot of things in the game world are connected, while at first glance you wouldn’t even think that they were. The junction of the absolutely superb writing and the splendid voice acting do make everything so much more enjoyable. The quality and the amount of humour is perfect, as it allows jokes to pop out in the middle of a serious conversation, but the game can also get rather grim, or sad, at times. Each character hat you come across is unique and has its own place in the world, they all have their own convictions and something that they aspire to become. I wish more RPG’s were like that, since it adds a whole new layer of complexity to quests, as one action can seemingly have a positive impact on a specific quest but jeopardize another or the relations with some characters , but I can see why the lack of guidance might bother some people. 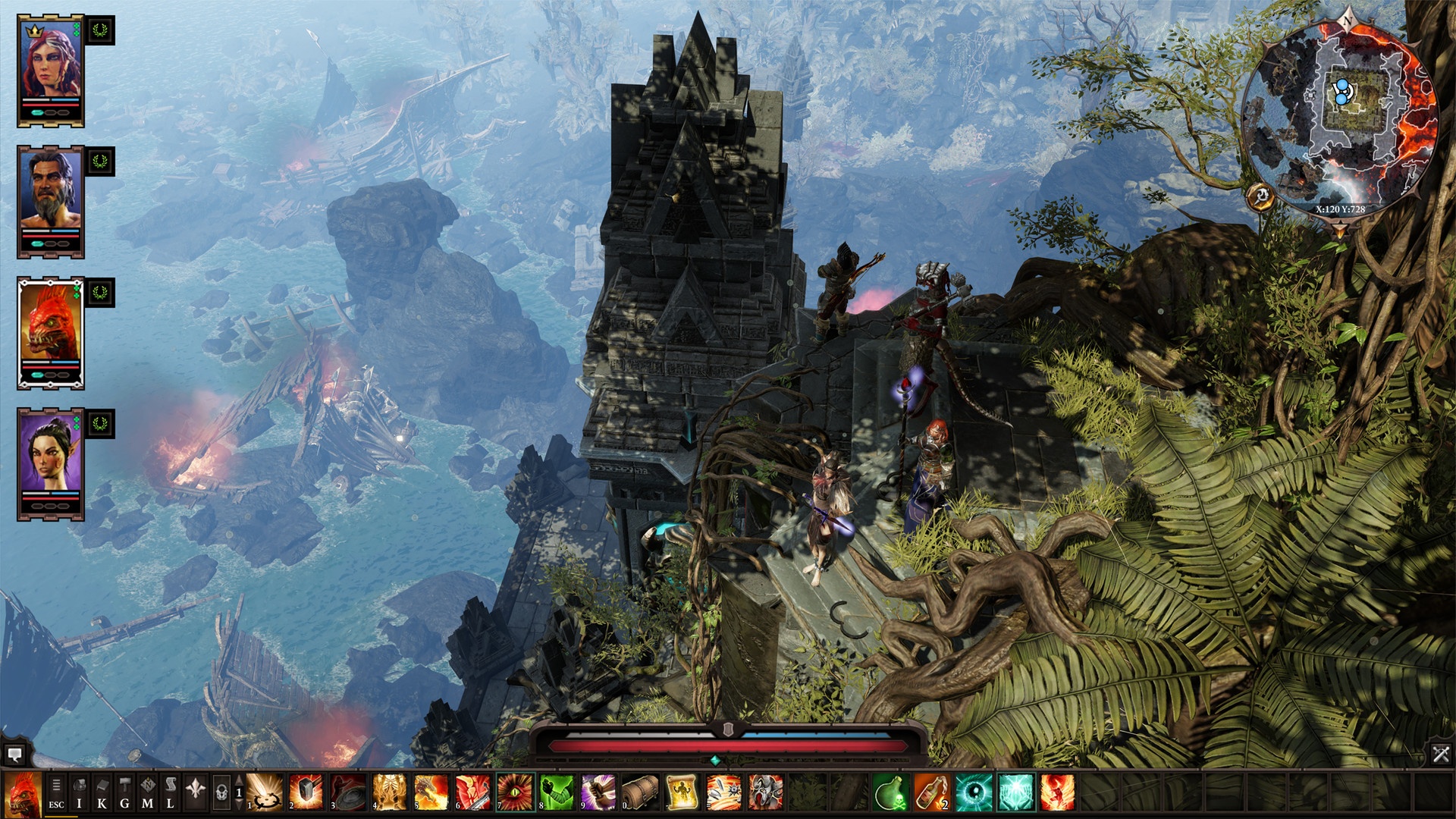 Like in the previous game, combat in Original Sin 2 is turn-based, with every action having an associated Action Points (AP) cost to it, and the points that are not used during a given turn will be saved for the next one. The combat was one of the strongest features of the first game and that’s no different here, it’s better and full of new things that are up to the player’s experimentation. The surface system combined with the manipulation of elements can turn the tide of battle, and it’s one of the things I most enjoy doing while fighting an overwhelming enemy. From combining poison and fire to trigger an explosion, to putting out a fire so that smoke creates a barrier to the enemy line of sight on your forces, to making rain on your enemies so that you can electrocute them, Original Sin 2 has everything the original had and even more. The wide range of weapons is also worth praising, either if they’re just standard weapons or endowed with elemental properties, from spears, maces, wands, staffs, hammers, swords, crossbows, shields, and daggers, there’s plenty enough to meet the expectations of any RPG fan.

Something that was introduced this time around was verticality, and it plays a major role in combat, granting extra defense, more convenient ways to use grenades, and higher damage outputs depending on your stats. As far as level design goes, you can clearly see that a lot of thought and effort was put into this as well. Not only do different areas and environments look believable, but they also happen to provide a wide range of tactical opportunities during combat. From wide open areas, to narrow passages that can be used to thin the enemy forces, to places where having the high ground is vital to keep an advantage during battle, you can expect all sorts of scenarios.

I honestly could go on and on about this game and I probably wouldn’t mention everything that’s worth mentioning. From crafting, cooking, sneaking around and stealing, persuading NPC’s, talking to animals and undead, and reliving memories of others by eating their flesh as an elf, there’s just so much to this game, and it stands as a testament that RPG’s can have tons of content without sacrificing in quality.

There’s one thing that will most likely become apparent to people as they play the game, or perhaps I’m just not as good as I thought, and that’s the fact that the game is hard, there are things that you don’t anticipate, which can lead to people loading a previous save and better preparing themselves for an encounter, going for another route or choosing to say something else to someone. There’s quite a bit of trial and error, due to the game’s tough nature, and some people might not like that.

In the end, as though as it is, Divinity: Original Sin 2 stands on its own as one of the best RPG’s that I’ve ever played. It’s as rewarding as it’s challenging, it’s as engaging as it can be, the characters, the world, the dialogue, the combat, all these things together make the game one of the most complete RPG experiences that you can have. It’s a game that will surely live for years to come, and it will hopefully inspire others to follow this route of excellence.