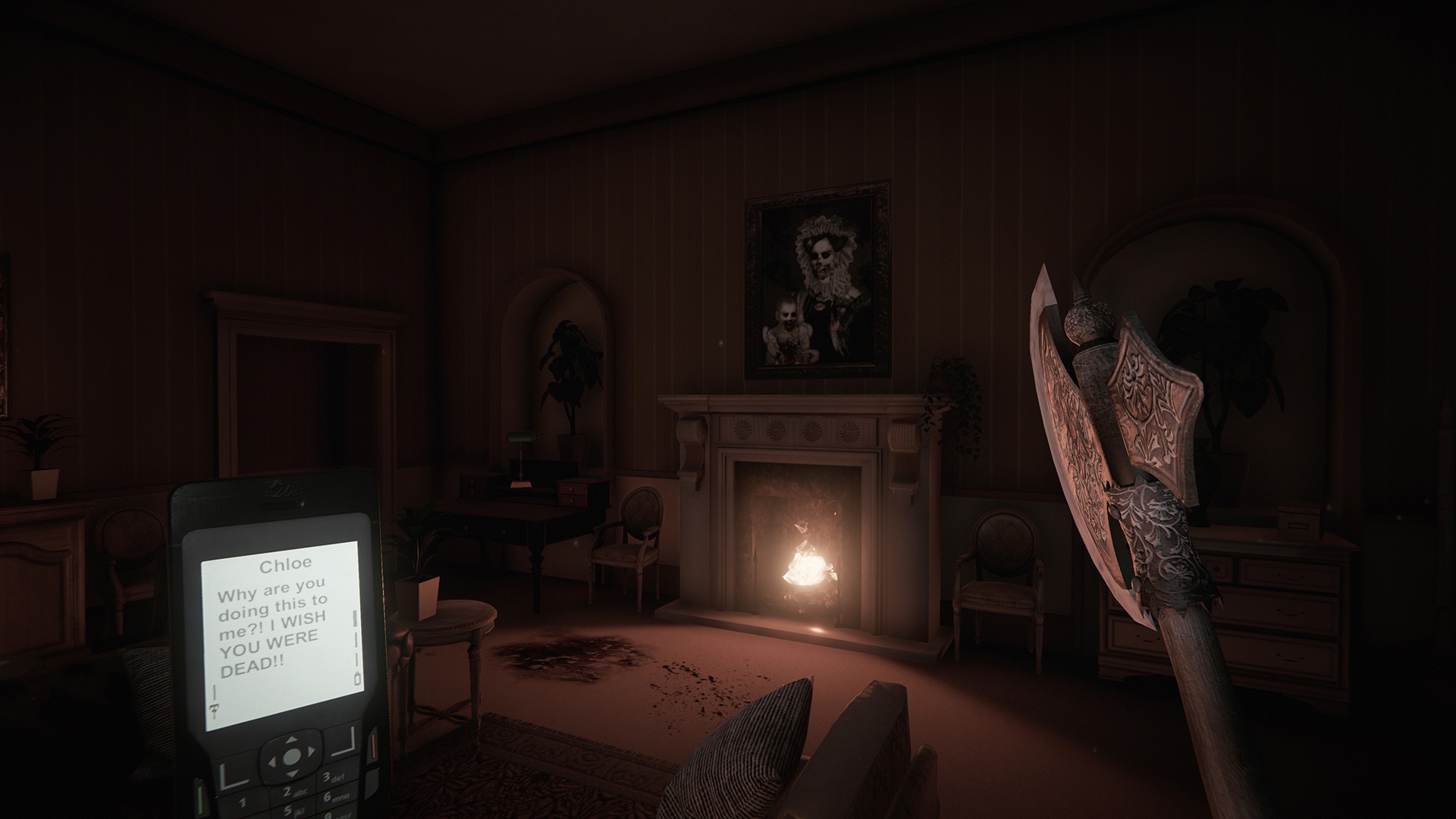 October, specifically Halloween, is a time that calls any and all players to look into their folder marked “spooky” and pick something wonderful to play. Be it timeless classics like Clock Tower or modern marvels like Amnesia, there’s a plethora of great horror games available. And the Switch, although a little sparse, is getting some great spooky releases just in time. The problem comes, however, when you have to decide if a game is great because it’s well made, or just because the mood captures the moment right.

Don’t Knock Twice is a movie tie-in game, which is always a dangerous beast to grapple with, especially a horror movie. The game is based around the events of the movie with a few discerning differences, but it boils down as such: you’re a mom, living with your daughter, and she kind of hates you. Emotions are high from the very beginning, and living in a house that just begs to be haunted isn’t doing you any favors. You both very quickly realize that you’re not alone in the building, something is there, and, from what you can tell, it’s coming to take your daughter. It only takes a minute to realize there’s some seriously weird, mythical stuff happening, specifically concerning the Baba Yaga, a Slavic witch who is either helpful or evil, depending on the story (this is an evil one). So now you gotta find and save your daughter and also stay alive, because things are bad.

This is just a strange choice to bring over to the Switch, but I’m not entirely put off by it. Don’t Knock Twice was released originally as both a VR and non-VR game on other platforms, so it thrusts you into a first person perspective to explore the house. You’re given the choice to adjust the gamma and light levels to make it extra spooky, but I always opt to go high brightness because, well, I wanna see what the hell I’m doing. Walking around, you find a bunch of stuff – newspaper articles, magazines, your daughter’s diary entries – that give you more of an idea of what’s happening. You also pick up a bunch of random items of varying importance, like candles and an axe. You also can pick up various nicknacks that may or may not be important, but, sadly, the achievement system didn’t make it over in the port, so things like breaking matryoshka dolls doesn’t have the same appeal as it does in the main game. Come to think of it, unless you really get into the storyline there’s a ton that you can just kind of push aside. 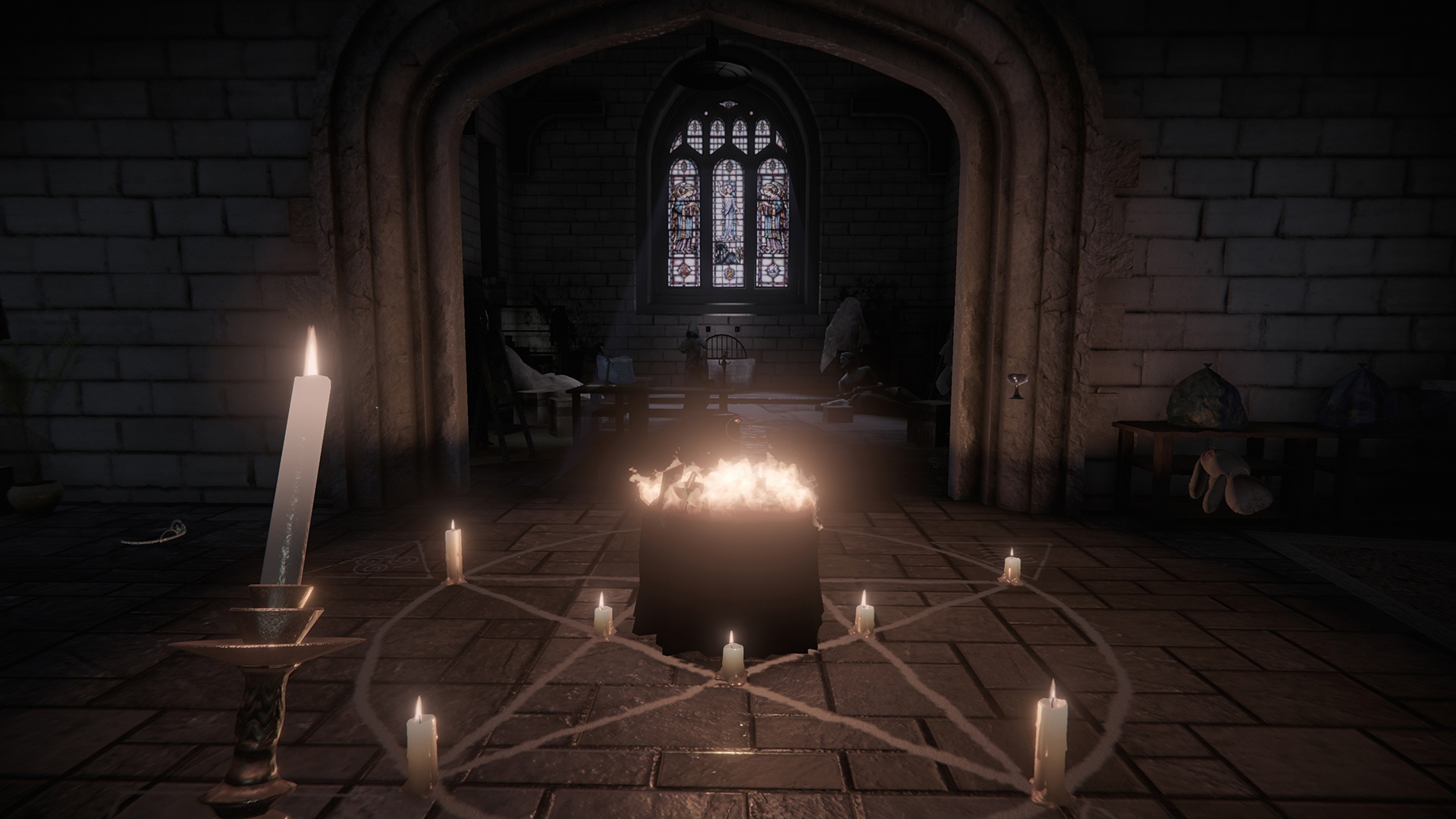 Most of the scariness and horror of Don’t Knock Twice comes from atmospheric suspense combined with jump scares. One of the first real times I was caught off guard was from a window breaking as I walked by it. I then realized that’s the same gimmick that got me scared in the original Resident Evil, but at least Capcom followed up with some dogs. This broke a window and then…nothing. Look out the window, see threatening graffiti, the end. Don’t get me wrong, the atmospheric terror is good and keeps you tense, but it sometimes gets thrown off by waiting for you to trigger the next event before continuing. I was walking in the courtyard for so long I thought the game had bugged until I realized I had to look up to see my daughter be angry at me.

There are some genuine moments of scariness and survival, but I felt like they were way too far apart and paced considering how short the game really is. I’ve gotten used to some games on the Switch (lookin’ at you, SNK releases) being pretty short, but I had different expectations for a horror game, even one that’s a walking simulator with a twist. I was able to explore and get everything situated in just about an hour, and I think it could have been faster had I kept the run toggled on. A game’s length shouldn’t always be a factor, and I do think that Don’t Knock Twice says what it needs to say in that time, but I feel like it could have been said differently. More scariness. A little bit more interaction with where I was besides throwing books around.

I’m glad that I did read some of the written material around, because the storyline does help put a bit more at stake for everyone involved. I honestly thought the daughter was a bitter ex-girlfriend I happened to still be living with until I found more diary entries. Chole, the daughter, will often text you throughout the game in a way to communicate both her initial feelings and how she’s changing as the Baba Yaga closes in on her life. But one of the first text messages – “Why did the power go out? I hate you!” – came across so petulant and pointlessly rageful that I burst out laughing. There’s an absurdity to some of her behavior that obviously the player won’t understand at the beginning, even more so if you’ve never seen the film, and it doesn’t help her cause or make me want to rescue her more. 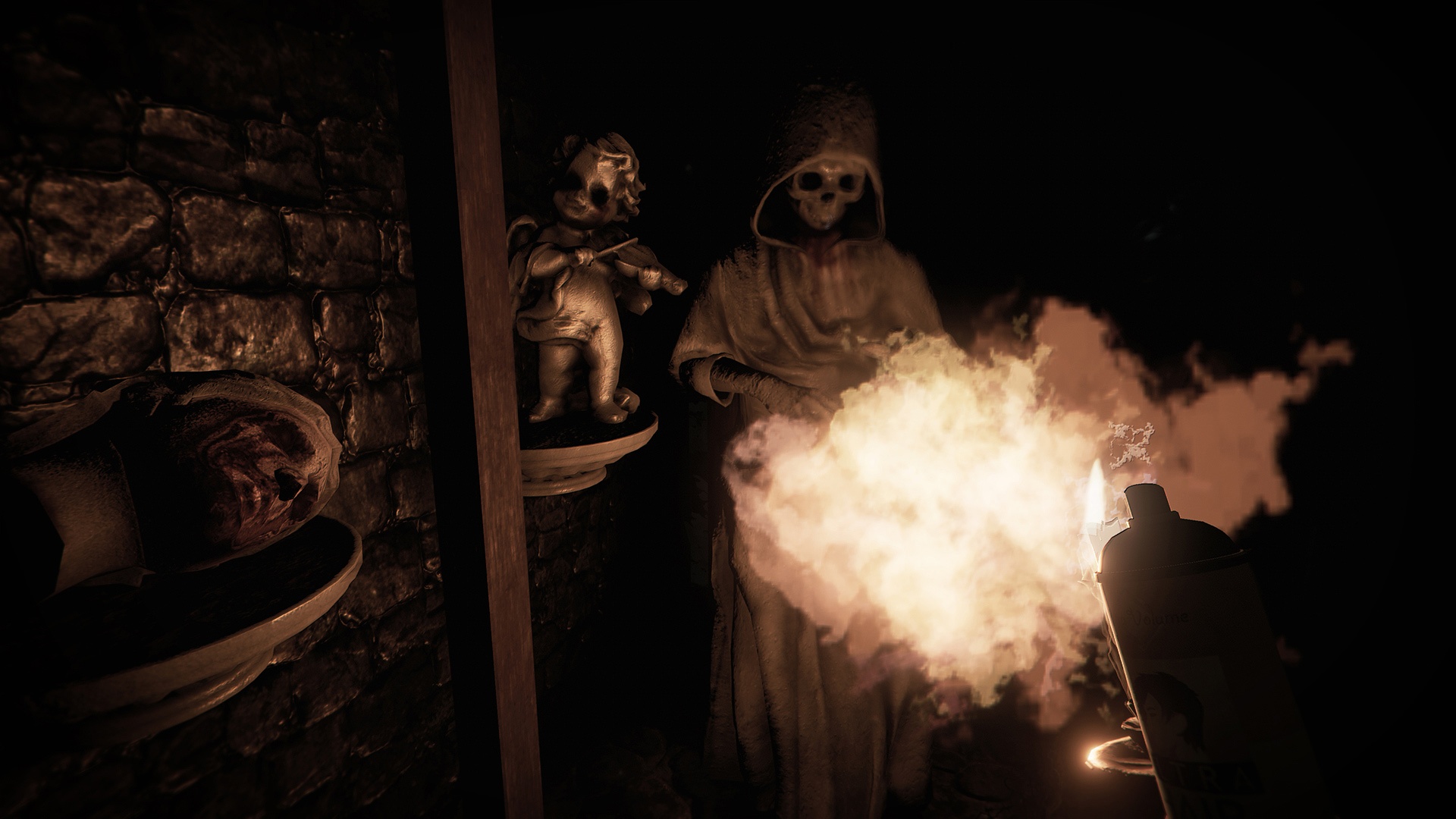 The soundtrack does a good job of keeping Don’t Knock Twice eerie and upsetting, which is what the game needs in order to be compelling. There were a couple of moments where I felt the music built to a crescendo, but then nothing happened at the climax. For the most part, it wasn’t a problem, but there were a couple of distinct moments where I braced for a scream or something and…nothing.

I don’t quite know how I stand with Don’t Knock Twice now that everything’s over and done with. I got two endings, wasn’t totally surprised by much, but it was a fun little jaunt and I had some good scares. I don’t think I’d get scared again, though, which is where this feels like it aligns better with the movie. This is something that feels appropriate in the genesis of the Switch’s long term library, where developers can try new things and see what sticks. I think Wales Interactive can bring something new and unique to the Switch with their imaginations and resources, and I think it was a smart move to test the waters with Don’t Knock Twice. It’s priced nicely and could make for a fantastically scary night with friends, but don’t expect it to give you chills the second time around on a sunny Sunday morning.