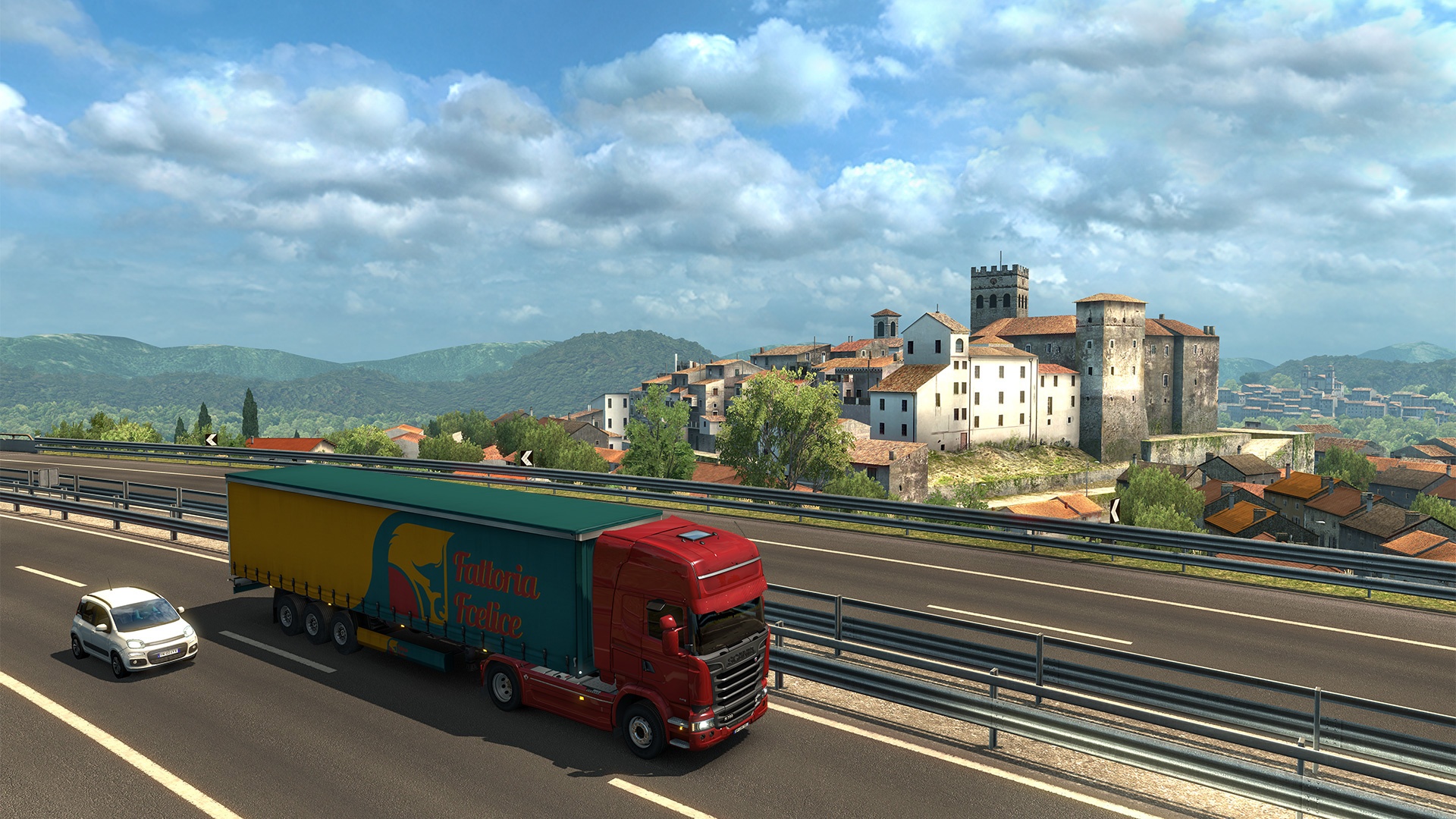 Back when Euro Truck Simulator 2 was first released, over 5 years ago (!), I couldn’t possibly imagine how successful it would become. However, perhaps the most surprising thing is the fact that the game’s astounding success was not only possible due to hardcore fans of these types of simulators, but also because Euro Truck Simulator 2 also managed to grab the attention of many gamers that, up until that point, never really delved much into the simulation genre.

When I eventually decided to go ahead and purchase Euro Truck Simulator 2 just to see what the fuss was all about, I honestly did it more for the giggles, but to my own surprise, once I clocked my first couple of hours into the game, I knew why a lot of people and some of my friends were all over this game. Sure, one could say that if you were to boil the game down to its core, Euro Truck Simulator 2 is pretty much a delivery game where you transport cargo from point A to point B, but the truth is that I find it to be more than that. 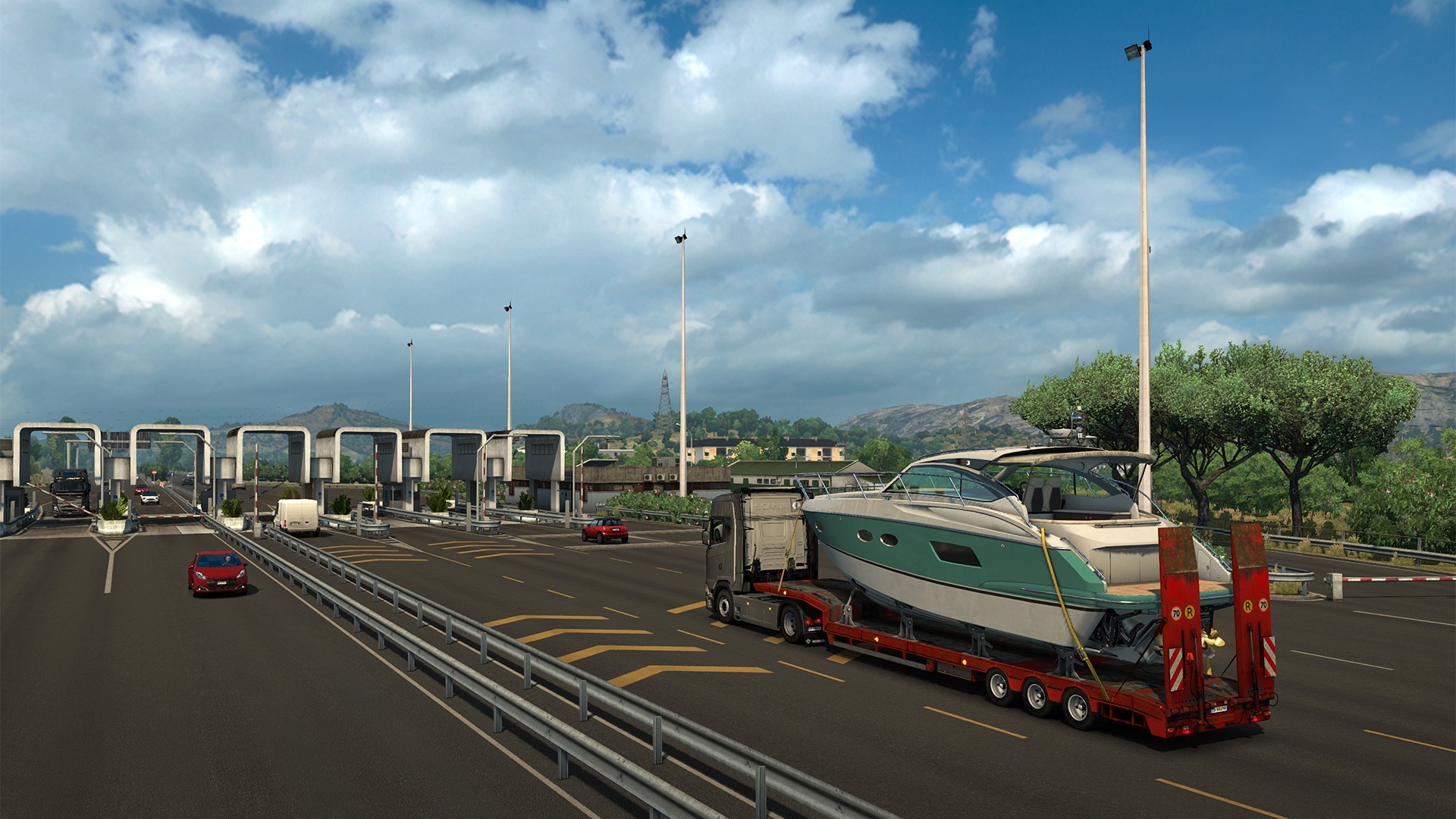 This is one of those games that can be played by all sorts of people, which is partially thanks to its wide range of controls customization, that allows you to play the game with a steering wheel and pedals if you want to, keyboard and mouse, gamepad, use your mouse to turn the wheel for increased precision or just turn it with the “A” and “D” keys, you name it. There is pretty much no difficulty curve in this game, things are pretty self-explanatory, and if you’re struggling with the controls, the game allows you to customize pretty much anything that you could think of.

Nonetheless, while Euro Truck Simulator 2 has certainly been a big surprise for a lot of people, it’s hard to explain to someone, and to convince them to give the game a chance, when people just pose the question, “Why would I play a game that is just like a real job?”. Personally, for me, Euro Truck Simulator 2 has earned its place on my hard drive and has also proved to be worth my time because I treat it as a venue for relaxation. There is nothing like just driving through the countryside, exploring numerous places throughout Europe, while listening to my favorite tracks or radio station, which for those of you that don’t know, is something that you can do from inside the game.

With that said, this most recent expansion only helps in proving my point. I can’t possibly describe the excitement that I felt when I first crossed the Alps and made my way down the Italian Peninsula, all while admiring the new Mediterranean scenery and obviously making my living as a truck driver. Of course, this expansion not only expands the game map but also adds a bunch of regional industries, while also expanding the pool of different cargo that you can take in your jobs. 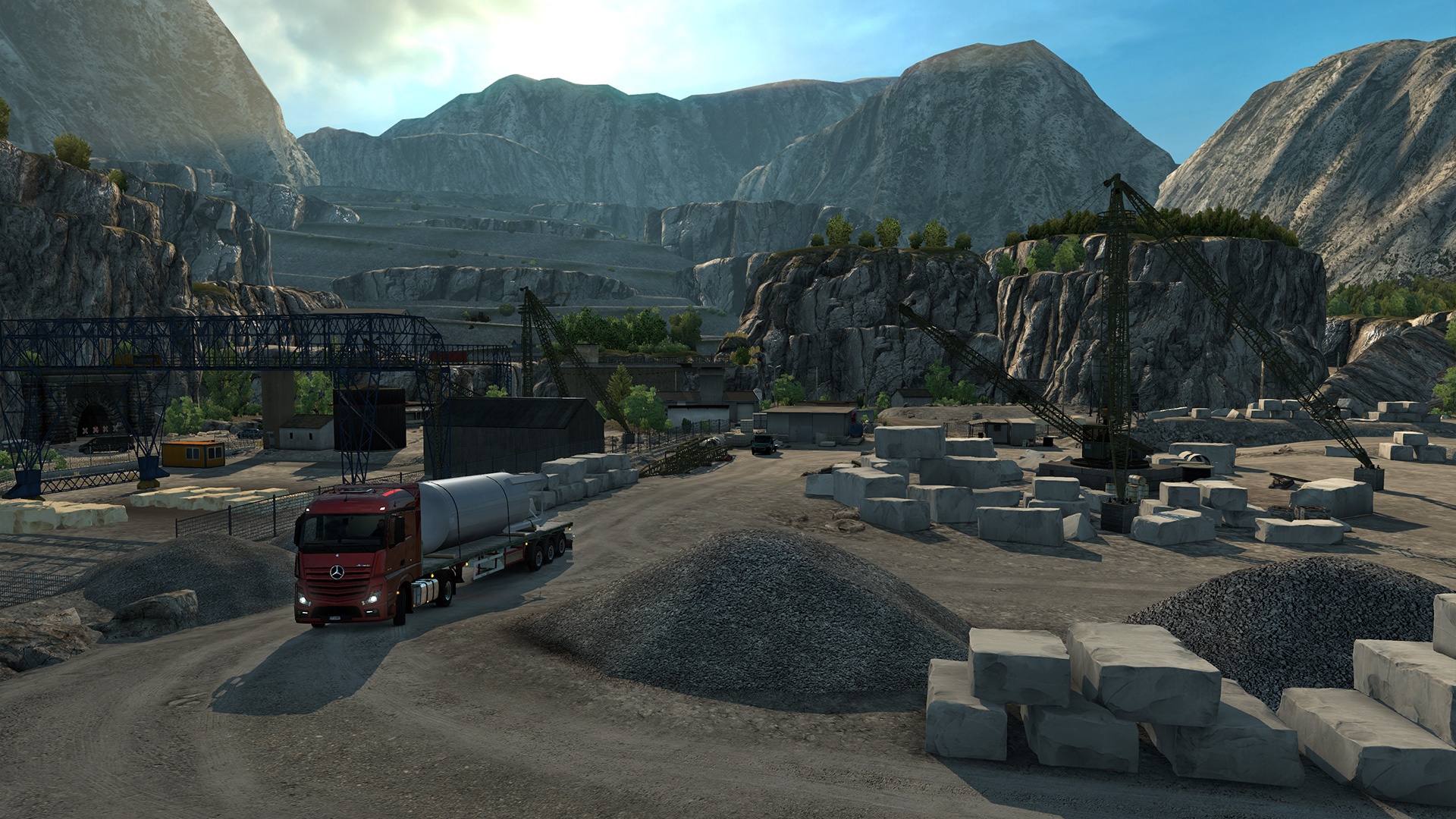 Like the previous expansions, Italia also expands the Euro Truck Simulator 2 map even further, with this time doing so towards the Italian Peninsula (obviously), bringing over 11,000 km of new roads, which connect the rest of Europe to the 19 new cities all across the country, including Genoa all the way up in the north, to Rome, and Catania all the way down south in Sicily. Besides that, the expansion obviously brings along new buildings that correspond to the type of architecture that you can see throughout Italy, as well as a bunch of renowned landmarks, like the Olympic Arch, Mount Vesuvius, the Milan Cathedral, Breda Tower, Mount Etna, among many others.

Either if you’re someone that really likes Euro Truck Simulator 2 for what it is, or if you’re just someone who’s looking for new places to visit inside the game, the Italia DLC is a must-have. Not only it adds a whole new country that is particularly unique when compared to the rest of the game’s locations, but the expansion also inherently adds new venues for you to carry on your business. With these two facts combined, Italia is sure to have a lot to offer both to those that play the game for the challenge that the gameplay provides, and to those who are in for the sightseeing. Euro Truck Simulator 2 Italia is without a doubt one of the best DLC that I’ve ever laid my hands on, and it just goes to show that even though SCS Software has shipped American Truck Simulator, they’re still committed to improving Euro Truck Simulator 2.