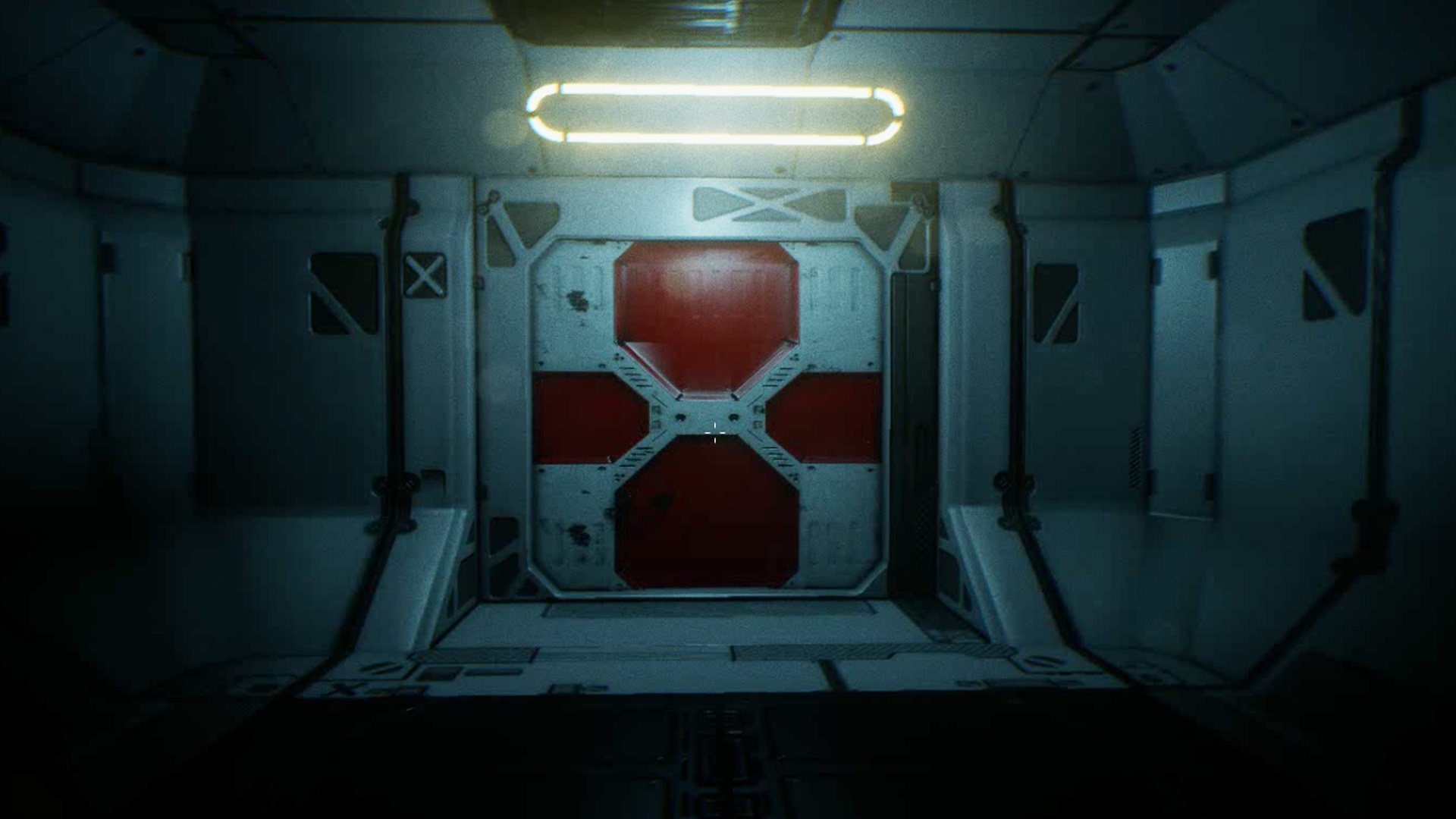 Space survival horror was last seen with the masterpiece Alien isolation. Creeping around the abandoned spaceship looking to find anything to help your escape while being constantly stalked by the classic XENOMORPH was just terrifying, before that we had the dead space series and apart from the third instalment that too oozed atmosphere and tense exploration. This brings me to Syndrome on the PS4 (and limited PSVR) from developer’s Bigmoon Entertainment and Camel 101 who have obviously paid attention to the previously mentioned titles and brought space survival horror back.

You are abruptly woken from cryo-sleep to find the spaceship you are on is deserted with any remaining crew either dead, completely insane or mutated and looking for living survivors like you. The game sets you the task of finding out what has happened aboard the “Valkenburg” through exploration, diary pages and notes and during the game you will find Syndrome plays homage to both Alien isolation through its fear inducing gameplay and Dead space through its story premise.

Graphically Syndrome lacks the polish of both Alien and Dead Space as the corridors of your spaceship are very identikit and you are constantly having to look at the map display to get your bearings, but on a positive note it is all well realised and you have various decks to investigate, however the blandness of the environments soon becoming an afterthought as the one thing Syndrome does well is atmosphere. 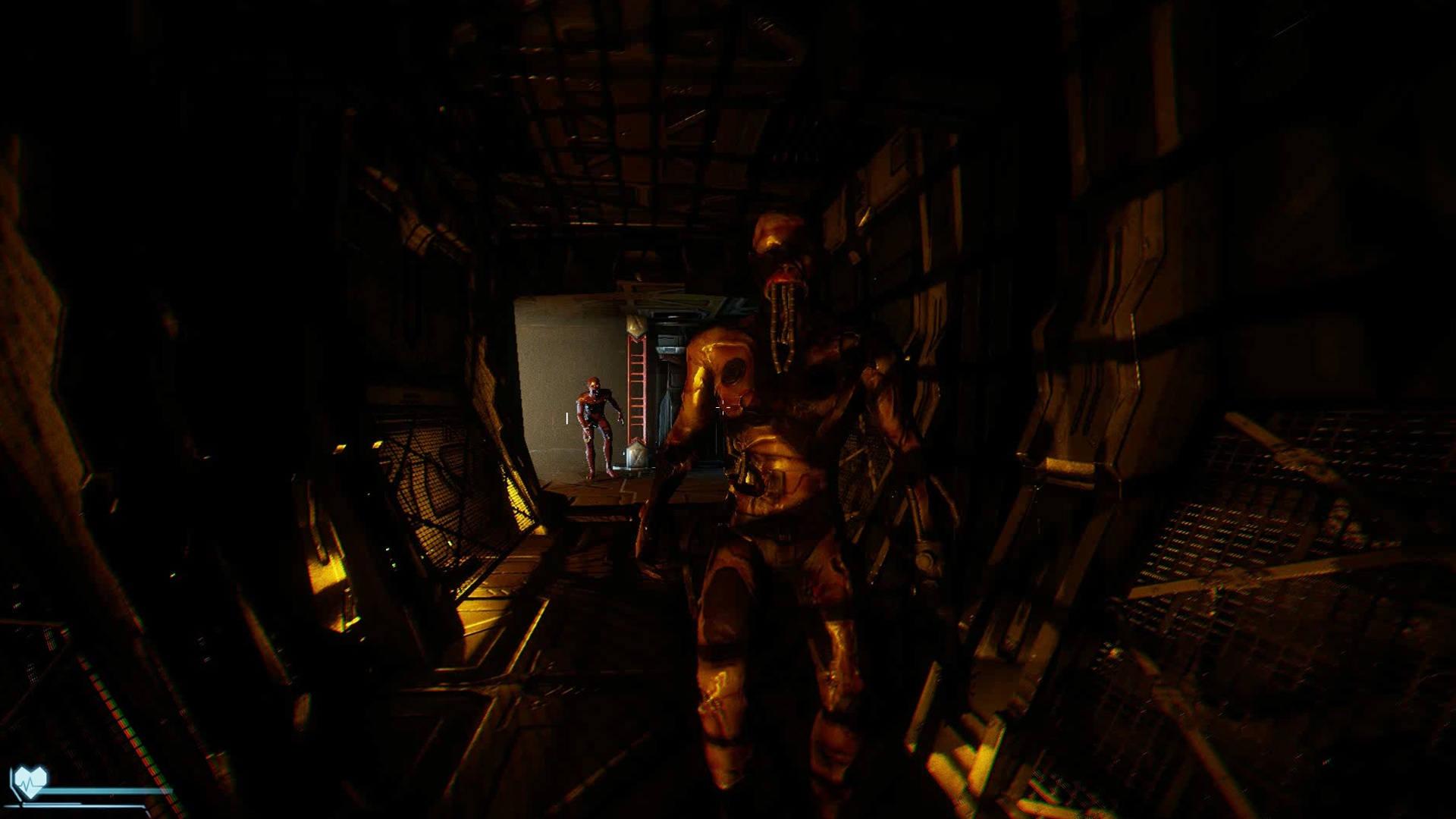 Like Alien you are being constantly stalked and any little sound you make while exploring is guaranteed to be heard by nearby enemies and they will come searching for you. Weapons are scattered around ranging from the basic hand gun to plasma grenades but ammo is not in abundance on this spaceship so running and hiding is most often the only option to ensure your survival.

Enemies come in various forms but mainly your classic zombie types with more difficult and weird opponents as you progress through the game, however this is where the frustration will kick in as the A.I is unbelievably random and offers no clues or assistance in avoiding confrontations, also there is no middle ground in the difficulty as some take a single bullet or swing of your wrench and go down instantly where as some are almost invincible and by the time you have achieved killing it you have run out of all ammo and the noise has attracted more to your location, so death in Syndrome is inevitable.

And while you will die and die again I found one very important aspect very annoying – the lack of saving options, I’m so used to automatic saving I just played on thinking all my exploration, findings and kills were stored under my last auto-save but It turns out you must manually save and at no point did the game ever warn me of this (a pop up would have been nice). Also, I couldn’t adjust any in game options until I had played through the first chapter which seems a strange implementation (either that or my review copy was faulty).

Gameplay is very basic and limited to gaining knowledge, weapons and ammo, to progress you are constantly asked to go here, fix that, go back there which is something that has become all too familiar in games lately and with the bland minimal NPC interactions and like for like corridors it soon becomes a little boring in places, throw in the enemy’s (to un-predictable) movements and health spikes it borders on frustration. 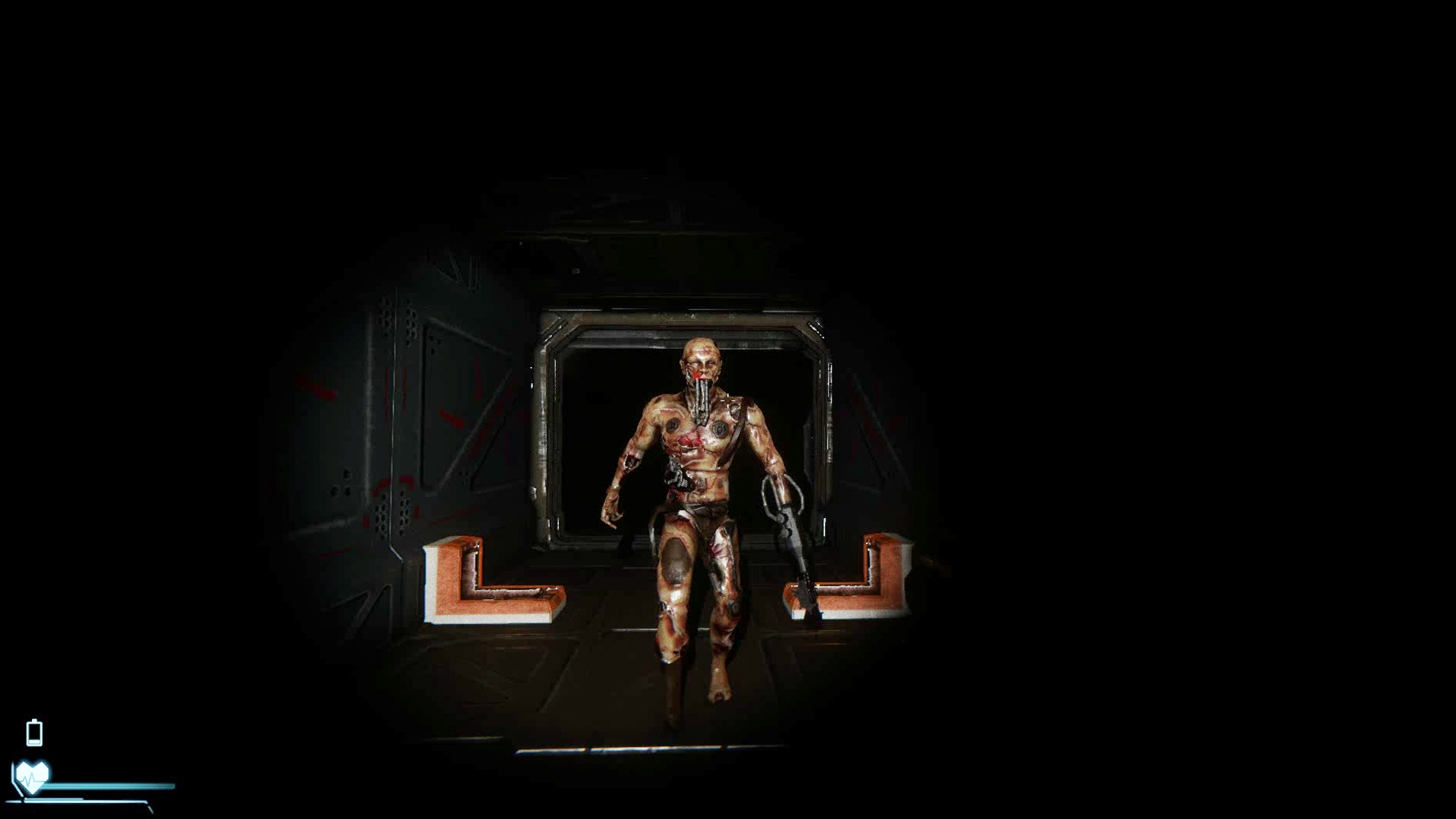 But through all its gameplay faults it’s not a bad story and does have a little enjoyable twist towards the end, the atmosphere throughout its 8-10-hour playtime must be commended as it plays subtle tricks with shadows and sound to achieve a very uncomfortable feeling while playing and doesn’t rely on the constant jump scares to get your heart racing. And while on the topic of sound the spacial effects are just perfectly implemented in Syndrome with every shuffle, creak and footstep in 3d audio, and playing it with headphones will both help heighten the tension and help determining where the next enemy is coming from, giving you that extra second to find a hiding space (normally a vent somewhere).

Another issue I have to mention is the advertised PSVR option which turns out to be for a survival mode only, very similar to Call of Duty’s zombies and the story is not playable at all on PSVR which I feel would have certainly upped my final score, the atmosphere oozed from my TV and headphones combination so a VR version would have been almost unbearable at times and I feel Bigmoon Entertainment and Camel 101 have missed a great opportunity.

Overall Syndrome is a welcome space survival horror but breaks no moulds, with a story almost identical to Dead Space and game dynamics almost identical to Alien: isolation it’s hard to criticize as both titles it duplicates are classics but with bland environments, at times boring exploration and hit and miss enemy A.I developers Bigmoon Entertainment and Camel 101 have missed an opportunity to sit with these two exceptional titles, but what syndrome does and does perfectly is give suspense and atmosphere by the bucket load.