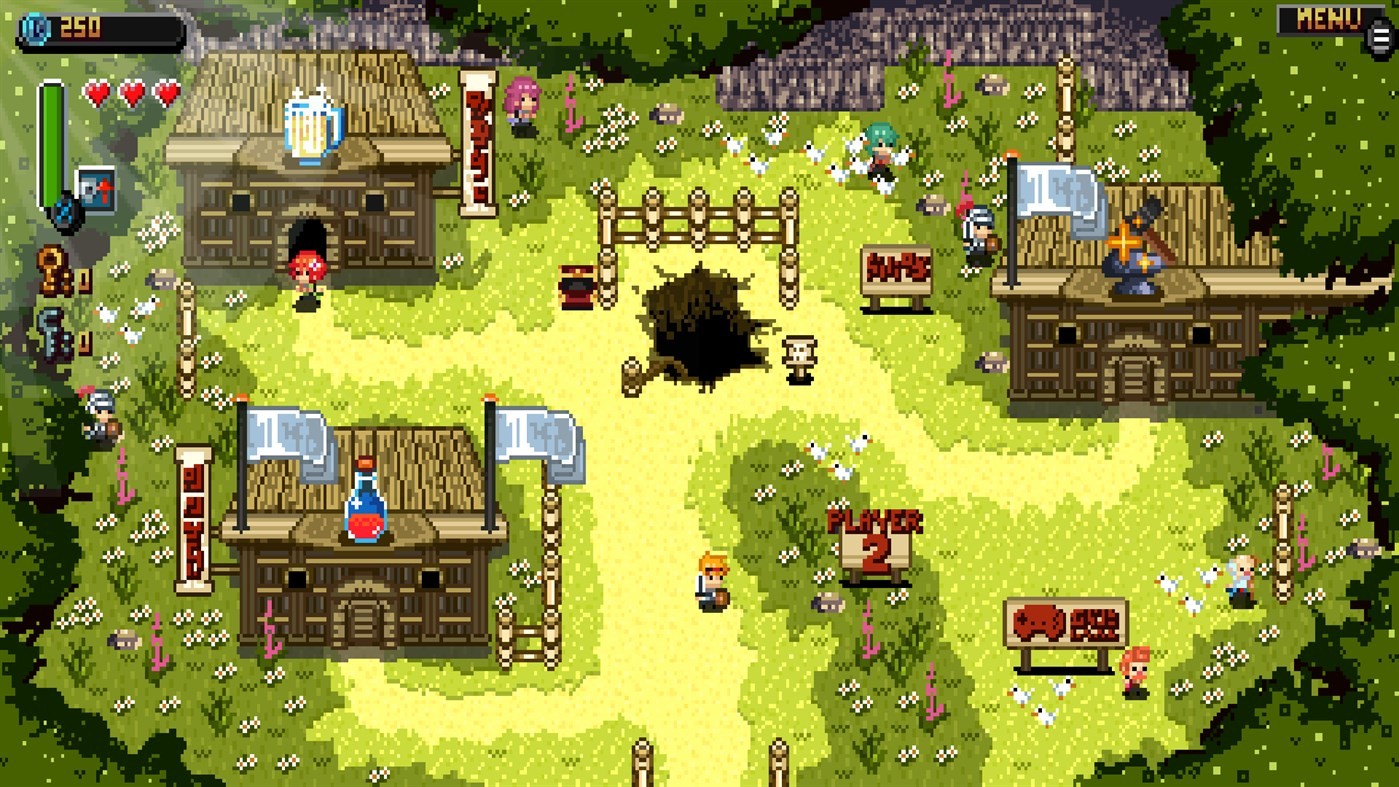 If you’ve played and loved games such as Enter The Gungeon and The Binding Of Isaac then you’ll want to pay close attention to this review of Demons Tier+. I’m sure I certainly raised some eyebrows as this genre of gaming seems to really do well even though the majority of these titles have a distinctly retro feel to them

Demons Tier+ recently launched to pretty much every platform you can think of. PC, Xbox One, Playstation 4, Nintendo Switch and even the bottom of the drawer Playstation Vita have copies available. Demons Tier+ is a dungeon RPG roguelike with arcade and adventure elements. You must enter the dungeons of King Thosgar and destroy his demonic minions.
Thosgar is a hated king, attracted by demonic rituals and has turned into a dark and diabolical being. Not only this but he’s proper kicked off and destroyed almost all of humanity and flooded the world with monsters. Will you be the hero to save the world?

You may be familiar with the style as this title has been developed by Diabolical Minds and also COWCAT who also happen to publish the game. If you have played Xenon Valkyrie+ and Riddled Corpses EX and enjoyed those then you may as well buy this game without reading further. But please do as there is much more positive content to go through here. 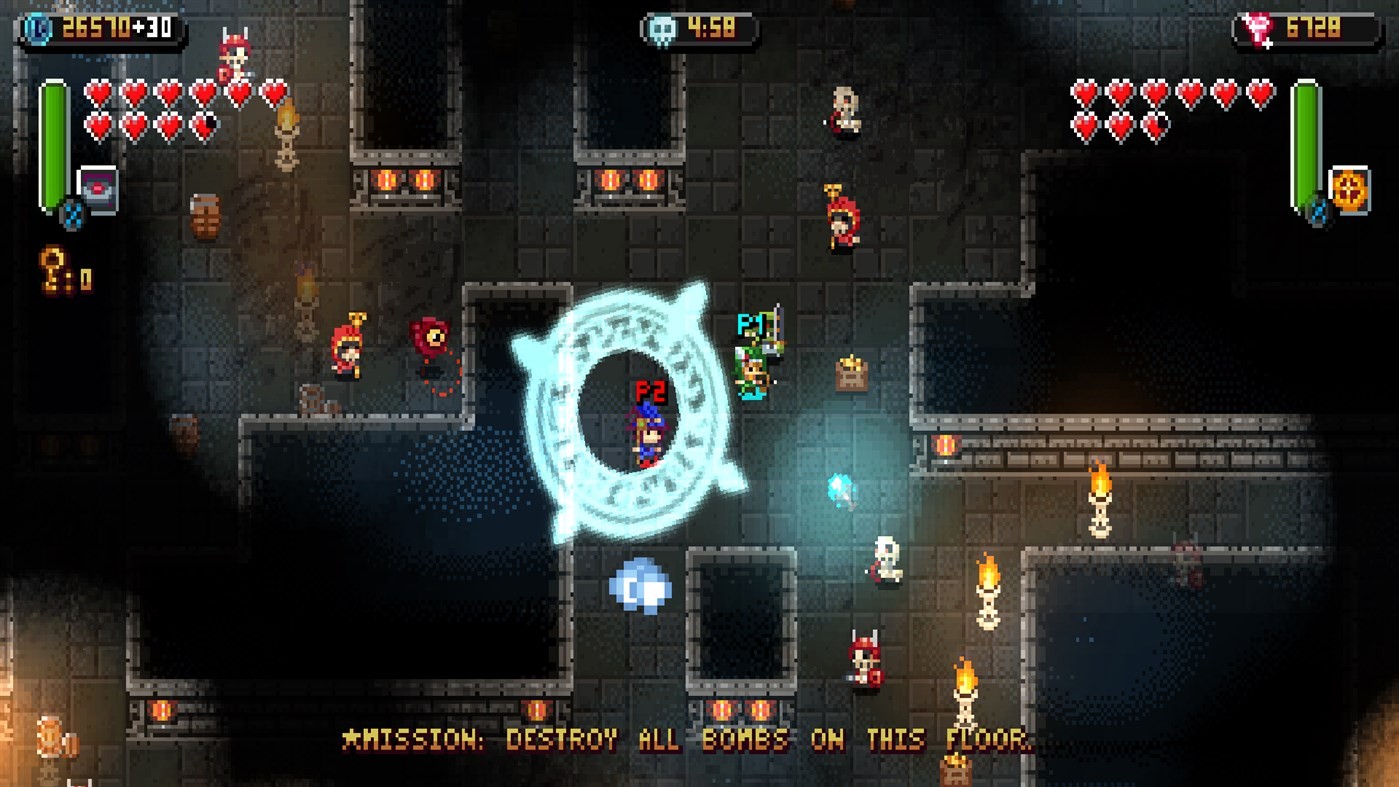 So this a top-down twin-stick 16-bit adventure complete with fifteen different levels, it’s unclear at this stage whether more might be added. If you’re familiar with this type of game then you’ll understand that with its game type you’ll be trawling through dungeons with randomly spawning critters and monsters. Their sole reason is to seek out and slay you off but it’s your job to survive the level and make it out alive. The premise of this is very simple, don’t die and fight the exit. But it’s not as straightforward as that as certain tasks will need to be achieved before your escape can be made.

You’ll notice there is an allotted time on screen and once this expires the biggest critter of all will invade your space. Known as “The Reaper” is extremely large and the first time I attempted to fight this I was slayed off very quickly. After reading into the game more I found out that The Reaper is actually invincible and can’t be killed. So you’ll want to negotiate your way to the exit as quickly as you possibly can. I actually found having a time limit and the pressure of discovering the level the most appealing factor of the game. It made playing through the levels a different experience every time and being on the back foot a lot of the time made you want to risk certain encounters even more than if you were taking your time. The way you approach these levels is entirely up to you, you can choose to skimp through and just do the bare minimum or explore every crevice as you make your way to the end.

Surprisingly you can actually play with a choice of up to eight characters in Demons Tier+ and each of them has their own set of statistics and abilities to use. These could be a combination of weapon attacks, defence improvements or extra healing techniques. Each of these has its own advantages but you’ll only have access to these other characters when unlocking tokens through playing with the initial character known as the Knight. In total there are eight characters known as Knight, Archer, Wizard, Assassin, Cleric, Beserk and two additional unlockable secret characters. The tokens that have been mentioned will allow you to unlock more than just extra characters to play with, you’ll also be able to unlock items such as extra health potions, upgraded weapons and much more. This is where the addictive element to the game comes in as you are tempted to play a level with a better weapon to see if you handle it any better than the first run. 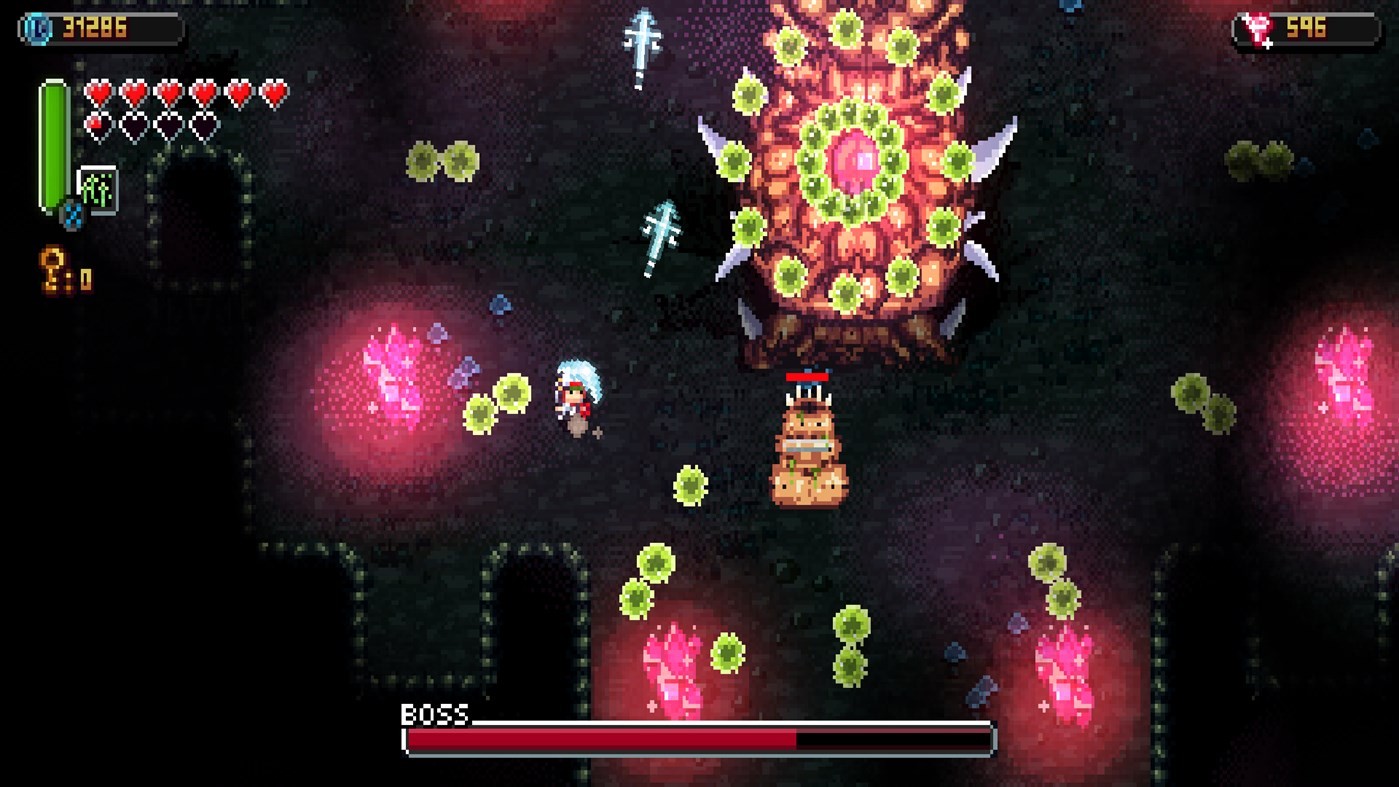 There is also another currency in the game which is gold which can be looted alongside tokens. You’ll see gold sprawled across the map in places such as chests and this can be spent on increasing your stats whether it be your health, speed and defence. These upgrades will prove a godsend as you enter into the later levels during the game. You’ll see a huge variance of enemies during the game and all of them differ in terms of how they move and their attacks. You really do have to be on the front foot when being mindful of how to counteract them. The developers have done exceptionally well at ensuring the game doesn’t get stale in terms of level design, the differing characters and the plethora of enemies. The game can be really fast-paced at times with enemies scattered everywhere and you’ll be quick to learn and adapt on demand. You’ll learn how to give yourself an exit strategy to get out of tricky scenarios and come back fighting harder and more efficiently. There are also traps and other obstacles to get in your way whilst you battle it out.

What I also liked was the fact you could find keys to unlock certain objectives, a bronze key would unlock a chest full of loot and a silver key would free a captured prisoner. This prisoner then would assist with fighting off the waves on enemies and boss battles which is a big help when things become more demanding and challenging.

All in all, I had huge amounts of fun with Demons Tier+, there is a lot to see and do in these fifteen levels and so many ways of approaching the levels, the character unlocking, upgrading stats and weapons will have you going at it for hours on end. It truly is the best roguelike game I have played and I would certainly go back to playing this as a regular outing and even consider picking it up for Nintendo Switch for playing on the move. For its price point, it is definitely one to consider purchasing!

Demons Tier+ is one of those hidden gems that you’ll load up curiously and still be plugging away hours later, an exceptional title