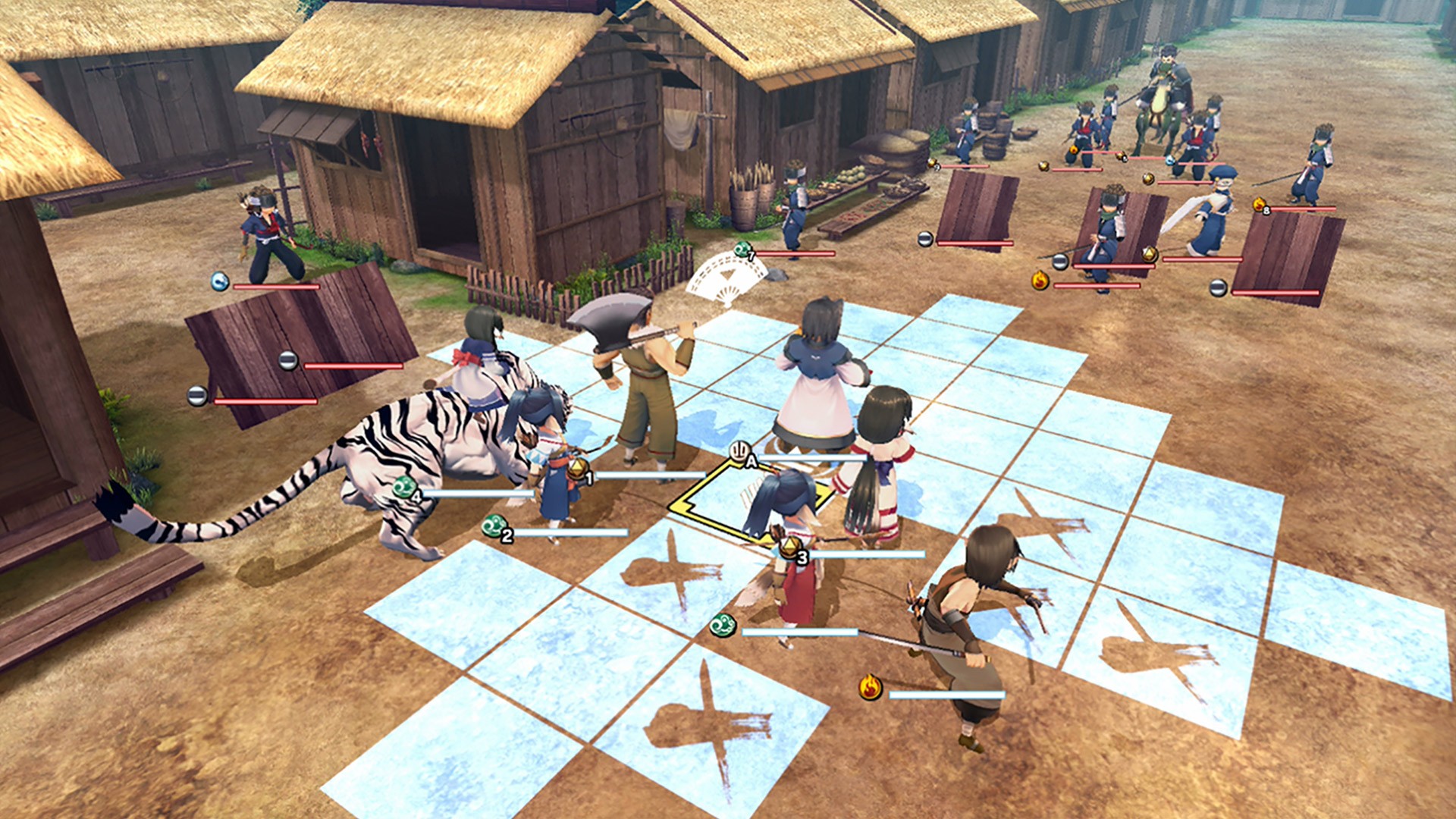 Utawarerumono: Prelude to the Fallen is a visual novel (VN)-strategy RPG hybrid developed Leaf and brought to the Western World by Nippon Ichi Software.  It follows the story of an amnesiac protagonist who is taken in by a simple farming village and given the name “Hakuowlo.” Along the course of this grand adventure, Hakuowlo will meet a cast of unique and intriguing characters, start a war, find love, and change the very course of history. Meandering, interconnected storylines and tactical battles await!

The majority of Utawarerumono: Prelude to the Fallen is spent reading. The narrative is split between character dialogue and first-person exposition told from Hakuowlo’s point of view. All dialogue is voice-acted in Japanese, which helps the immersion, with no other language options available. Characters are drawn in the anime art style and, while some of them change expression or stance to better suit what’s being done or said, the large majority does not. This bothered me as it was difficult to empathize when a character was smiling blankly just as they always are. Action scenes are delivered via sound effects, some of which weren’t always the most convincing or were reused ad nauseum, and screen shake with only a few particle effects like sword strikes. For the most part, the story was well translated, though there were some instances where I felt like the literal translation wasn’t working the best or there was a sudden escalation in tone that seemed out of place. For example, at one point Hakuowlo asks “Who the fuck is that?” during an otherwise pleasant conversation when there was no need for that kind of language. Because the majority of information is delivered via character dialogue, the script sometimes suffered from unrealistic and otherwise unnatural statements for the sake of exposition. Utawarerumono: Prelude to the Fallen’s writing tends to be on the silly side where, outside of strategic meetings or other story progressing events, the characters are quibbling or finding ways to get themselves into trouble—inadvertently or otherwise. You can save and load your game at any point during dialogue, and there are also helpful functions like auto read and skip read text.

The world of Utawarerumono: Prelude to the Fallen is cut into locations and your current location acts as a base of operations which is then divided into areas you can visit by selecting them. As such, there’s no actual character movement outside of combat. In order to progress the story, you must view events, which are dialogue exchanges between Hakuowlo and other characters that are dependent on the area you’re visiting. Because you’re able to choose what area you’re going to visit, it isn’t always possible to read every event before progressing the story. From what I could tell from manipulating my saved files events carry over to the next time you are able to view them, so nothing is missable. 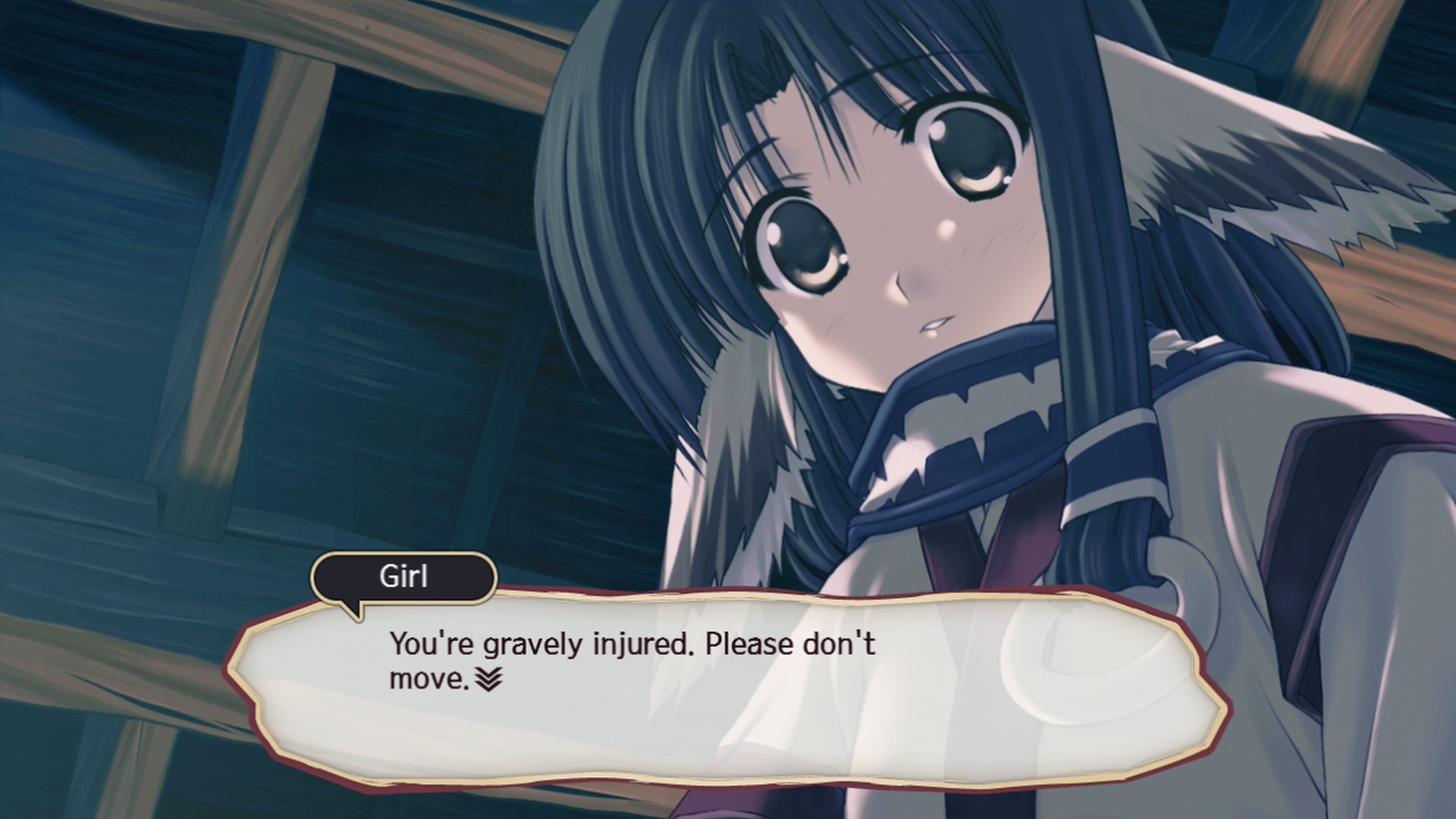 After wading through what is sometimes hours of exposition, you’re able to take part in battle. As a whole, Utawarerumono: Prelude to the Fallen’s pacing is a slow burn and combat is of no exception. Combat takes place with 3D sprites on a grid and turns are divided into enemy and ally phases. Units have an elemental affinity (the standard fire is weak to water, earth is weak to wind, and so on and so forth) which dictates how much damage they deal to their intended target. Facing also matters; attacking from the side or back versus the front significantly increases damage. At lower levels, your characters are only able to strike once which makes for a slow and oftentimes drawn-out affair. As they gain experience and you expand your roster, however, that steadily changes. Combat really hit its stride around the tenth hour, when I could use Final Strikes and Chain Attacks. Skills in Utawarerumono: Prelude to the Fallen are learned automatically as units level up. Many are glorified basic attacks that are activated at random as part of a Chain Attack, which allows you to strike multiple times during your turn, or are otherwise passive. The exception to that would be Ereruu’s healing arts, which can be used from a separate menu. I wasn’t the largest fan of this, as I like having a separate skill menu. Chain Attacks require you to press X as a ring shrinks. Failure to hit it at all results in the early termination of your chain while hitting x at the ring’s smallest point rewards you with 2 Zeal for every successful instance. Zeal is used to launch additional hits, including Final Strikes which are flashy and deal massive damage. When pulled off correctly, these combos were satisfying and looked great, breaking up the otherwise slow pace of combat.

Also in your attack arsenal are Co-op Chains, which can be activated if the right characters are positioned just so. It will take some experimentation to figure out who can attack with whom, but if you see an x that looks like it’s been painted with a brushstroke on the ground when trying to move a unit, it’s worth going to stand on it. Only the initiator of a Co-op Chain gets EXP. Finally, there’s the option to rewind turns. This can be done as many times you like following the end of a turn, both enemy and ally, but there’s a limit to how many turns you can go back. This is a useful function for when you made just a little mistake and you know exactly where you went wrong. Encounters can be won in a variety of ways, including making it to a target area or holding out for a number of turns, but the majority require you to destroy a target—whether object or foe.

Training and Free Battles are available from your base menu a little later on for those looking to further hone their tactical prowess—or even just to take a break from reading. Training features all-new missions while Free Battles allow you to replay story battles. Training must be done multiple times to unlock all possible rewards. Character management boils down to equipment and spending Battle Points (BP). There are no shops to speak of in Utawarerumono: Prelude to the Fallen, meaning all items and equipment you amass comes from winning battles. Characters will level up as they gain experience during and after battle, but increasing their stats falls to you. After combat, you’re awarded a set number of BP to all combatants. There are three stats, attack/healing, defense, and special defense, and you can spend BP to increase them. Each character is predisposed to a particular stat, meaning you’ll spend less BP by focusing on what they’re good at, but you’re free to spend BP as you see fit. 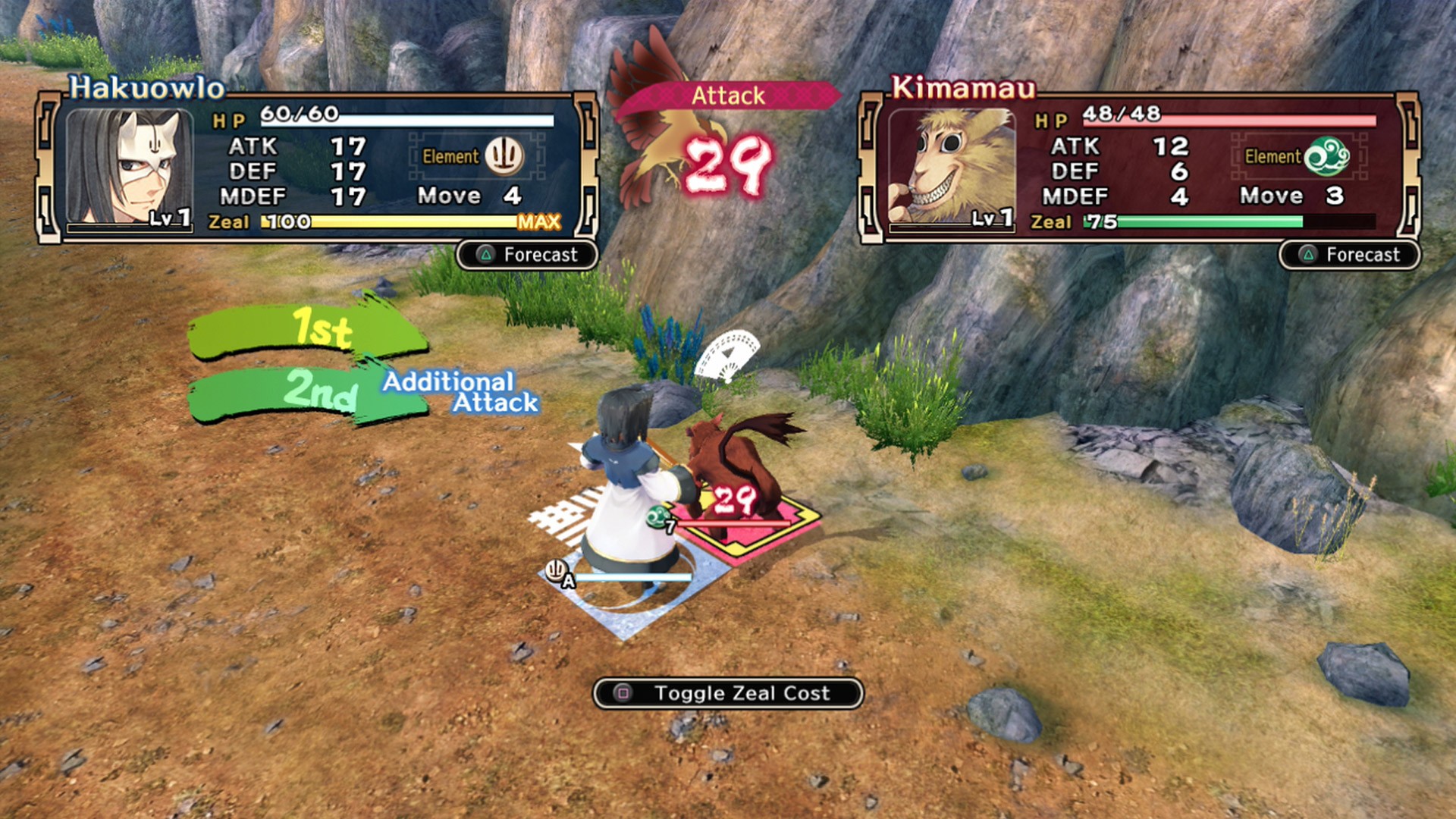 Utawarerumono: Prelude to the Fallen has a good selection of background scenes, the character designs are varied, and there’s a gentle, Oriental-inspired BGM throughout—sometimes even when it isn’t suitable i.e action scenes. There isn’t much in terms of replay value, so to speak, but with additional combat modes on top of the already sprawling main story, there will be plenty to keep you occupied for hours to come. It’s a nitpick, but I found the volume to be very low. I don’t know if this is an issue with my TV, but going from the game to the XMB is a stark change in decibels. Even after turning the BGM volume all the way down and keeping the voice volume at max, I still had some difficulty hearing certain characters. Utawarerumono: Prelude to the Fallen also offers a cross-save function, which is a neat option to have, but no cross-buy feature. This means you’ll have to drop a whopping total of $100 to play the game at home and on the go.

If you’re the patient sort, Utawarerumono Prelude to the Fallen is a solid visual novel with some strategic, grid-based combat and not the other way around. The writing, though sometimes predictable cliche, is good and the character development makes it so that you want to keep reading the smattering of event exchanges that do nothing to move the plodding story along. That being said, if you’re not the type who likes reading, the Utawarerumono series as a whole will be one you’ll want to avoid. Visual novel fans and strategy newbies and veterans alike will find this a meaty title to sink their teeth into.

Utawarerumono: Prelude to the Fallen Review

Prelude to the Fallen is much of the same Utawarerumono we’ve come to know and love.