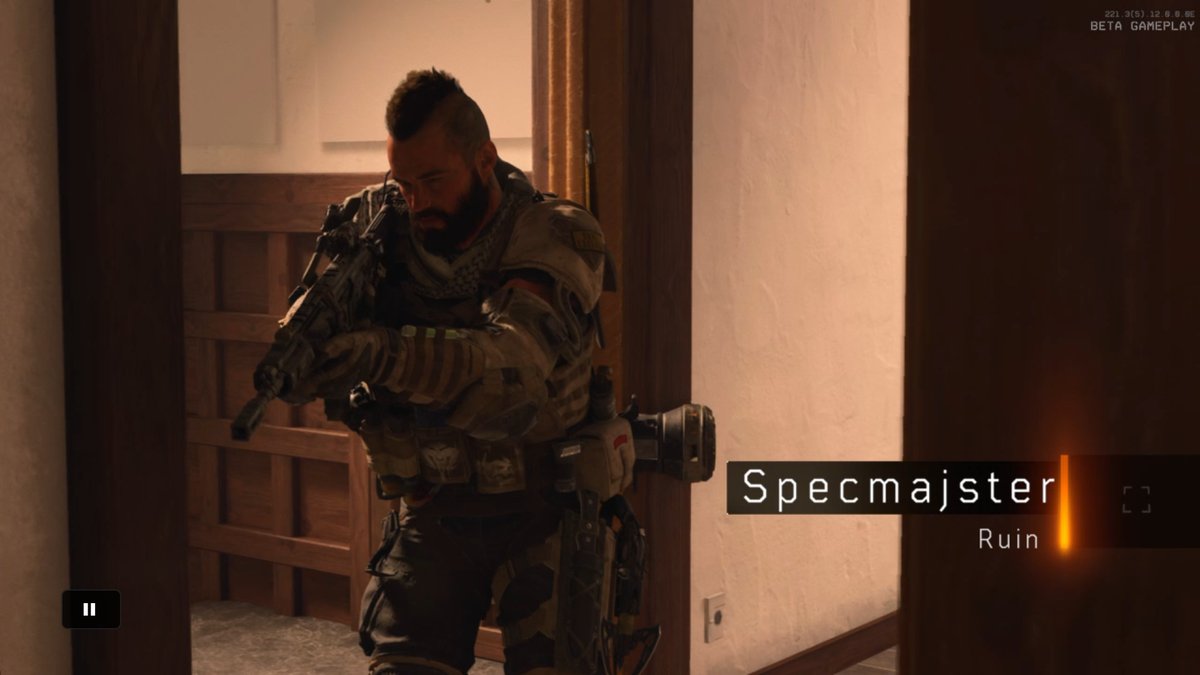 Call of Duty: World War II, when it first launched late last year, was an incredibly refreshing and captivating title, as it has brought back the fan-favorite, boots on the ground the experience. But while the early impression which the title has carried was rather fulfilling, it unfortunately wasn’t long-lasting, and those who played World War II extensively, have very little positive to say about it. And while the poor map design, and the ever-changing framework of the multiplayer had a lot to do with the title’s downfall, then ultimately they were just side factors, as most players were discouraged the most by the title’s shambolic and inconsistent gun-on-gun encounters, which often left a lot to be desired. And the once cherished title has soon fallen out of favor, and brought even more dark clouds over the franchise, which many at that point expected to be on its way out.

By the late January of 2018, World War II was no longer the flavor of the month. And while many have been intrigued for what’s next for the franchise, they subsequently lost all the remnants of the hype which has been slowly dying out, since the release of Black Ops 3. And when the existence of Black Ops 4 first leaked online, many disregarded it completely as the franchise has declined so much, there was nothing that Black Ops 4 could do, to change possibly their minds. But as ever, new information regarding the setting, content, and the now highly anticipated Blackout Mode began to hit the industry’s outlets, many had begun to swing back. But no matter how positive some have become about the minute details of Black Ops 4, they were all skeptical of its core gameplay, but this last remaining seed of doubt, was also set to be soon eradicated with the launch of Black Ops 4’s beta.

Private Beta of Black Ops 4 was meant to go live at 6pm GMT, on the third of August, 2018. But in the true Activision fashion, those who obtained the codes early or were lucky enough to download the free beta from Hong Kong’s PlayStation Store – before it was removed, were able to play it a day early. And at the time, the widespread consensus was that Call of Duty: Black Ops 4 may just be the shot in the arm which the franchise needed, but before one could be certain of that, he/she would have to play it themselves to find out. And after few stumbles, which included Activision sending out thirteen digit beta codes, instead of twelve, most were enjoying themselves by the time of the official start time of the beta.

Just like Call of Duty: World War II, Black Ops 4 leaves an immense early impression on the player. But unlike the one of the prior, the latter is long-lasting and tenfold more intense, as Black Ops 4 corrects all the flaws of World War II, and the vast majority of previous Call of Duty titles. And the most noticeable difference is the fact that Black Ops 4 plays out at a neck breaking speed, as its core gameplay matches the one of Infinite Warfare in regards to pace and the sheer intensity. But unlike Infinity Ward’s latest endeavor, Black Ops 4, does not force you into the hit-and-run gun-play which was essential within the Infinite Warfare. And that’s because all of Black Ops 4’s newest additions introduce a level of tactical play, which has been previously absent from the casual play – franchise wise. 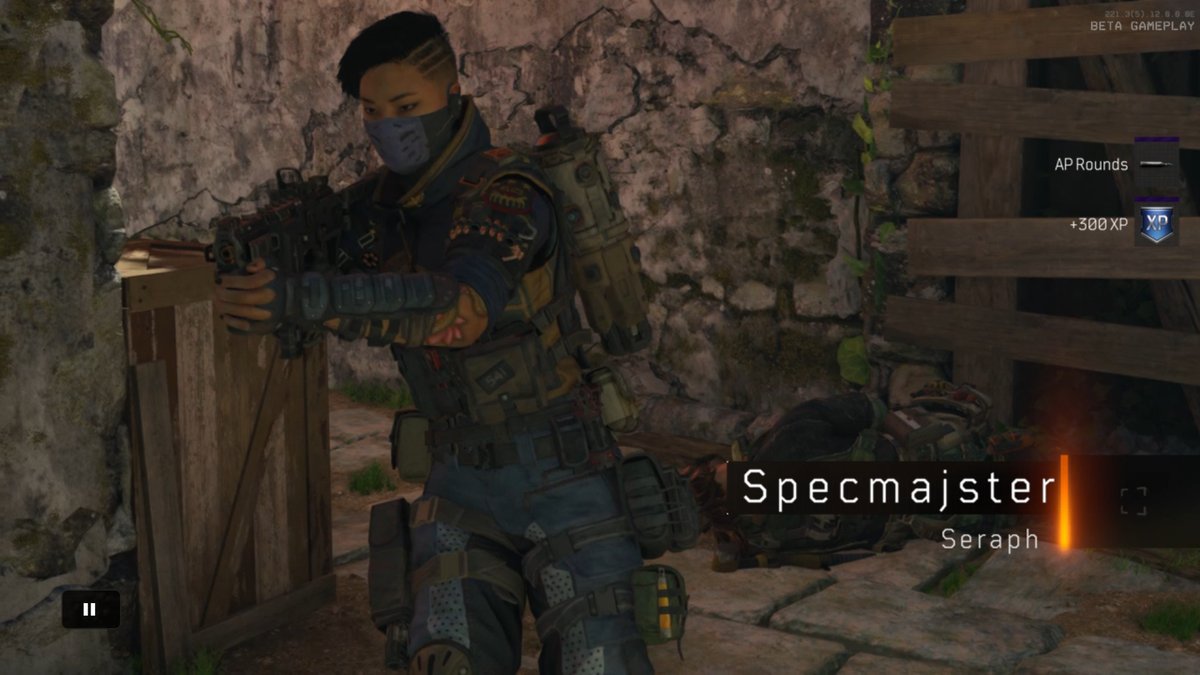 One of the main features which turns the Call of Duty formula on its head, is the introduction of 150 point health bars, which while increasing the TTK, are ultimately leveling out the playing-field, in a game which would otherwise be dominated by submachine guns. And while Black Ops 4 still features some guns which feel a little overpowered, it ultimately provides players of all backgrounds with an arsenal of fully viable weapons. So if you prefer semi-automatic or burst rifles, because you bank on your flicks rather than your tracking, then you will no longer lose gunfights with submachine gun wielding maniacs, as the addition of 50 more health points, extends gunfights long enough to give you a fighting chance.

The addition of a few more health points is not the only rework which has targeted the title’s health system. As now your health will no longer regenerate automatically, as you are now forced to constantly heal yourself with a Stim, which is bound to the L1 button. And while the health rework has been introduced to increase the ferocity of the title’s risk/reward system, as now you have to decide on the fly whether to engage, heal, or flee, depending on your health, Stim availability, and the most important time to heal, it has also been introduced to impact the returning pick ten, create a class system. And while you will always be in possession of a Stim, it will not always be as effective as it could be, as in order heal yourself quickly, you will need to pick an improved Stim for your chosen class. And this means that you will have to sacrifice a passive ability for faster healing, as improved Stim shares its spot with abilities such as Body Armor, Comsec Device, and Acoustic Sensor.

The greatest thing about Call of Duty: Black Ops 4 is the fact that it constantly makes you think two, if not three steps ahead. And while gunfights always take the center stage, they are never a priority in your head, as the second you drop somebody, you have to go into an overdrive and calculate all possible risks and your possible next step. And as you play you constantly question yourself, and everything that you do. And by doing so, you constantly improve, and your ascension on the learning curve is easily noticeable as within an hour with Black Ops 4, you will realise that your play-style is constantly evolving and adapting to the situations in which you find yourself. And this even applies to when you are not in the game, as whenever a match comes to a close, you get sent back to the lobby, and as soon as you regain control you instantly start tinkering with your classes, in order to improve. As every new ability, perk, and attachment, really does make a difference.

Initially Black Ops 4 may sound overly complex for a Call of Duty title, however, its depth doesn’t end on the in-game health rework or the reintroduction of high intensity gameplay. As Black Ops 3 specialists also make a return, but where they all were player orient characters back in 2015, then it has to be underlined that for the most part, they have been now designed with the team in mind. As the vast majority of the in-game abilities has been designed with the team as a whole in mind rather than just the player. And while Specialists such as Ruin and Battery may feel a little selfish, as their ultimate abilities are all about killing, then it has to be said that their lethal abilities are at their best when used to support pinned team mates; as Ruin’s combination of the Grapple Gun and Grav Slam, can take out any sniper or a long-range rifler with ease, whereas Battery’s War Machine can decimate groups of enemies, and most importantly their equipment, such as Torque’s Barricade. 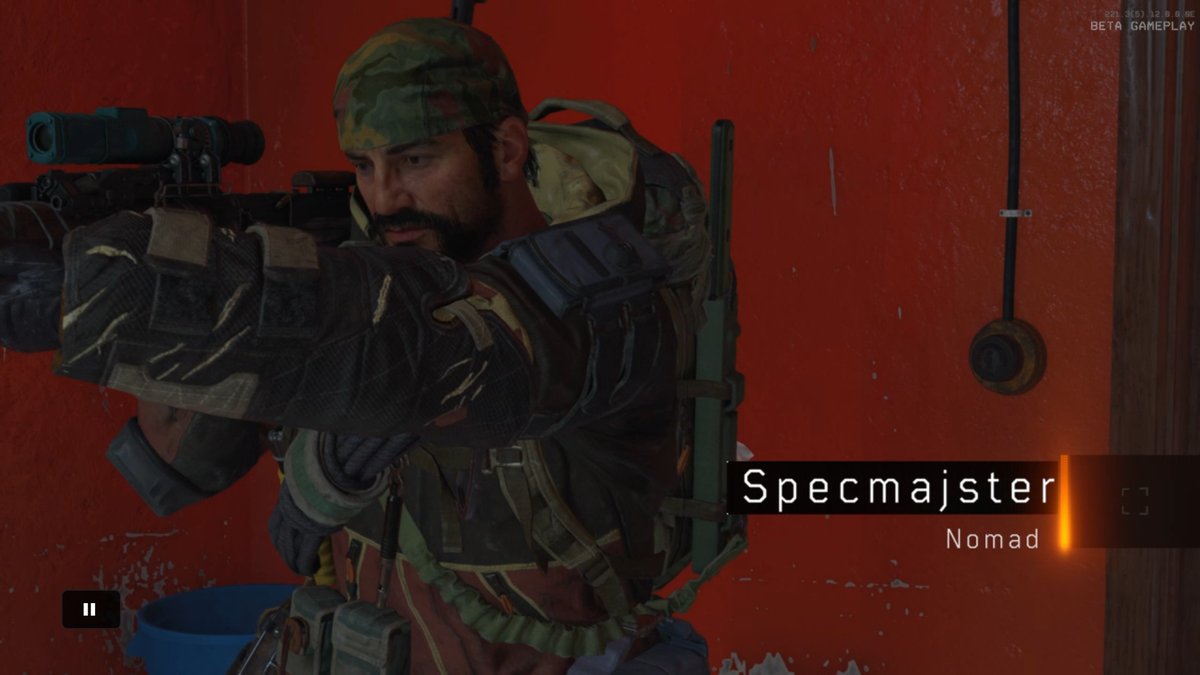 The way in which all Specialists compliment one another is simply superb, but while some characters such as Ruin and Torque are outright superb, as their abilities interlink with one another. Then the same unfortunately cannot be said about all the available beta characters. And some, including Seraph, Battery, and Firebreak feel a little directionless, as their core abilities do nothing to complement each other. And sure, Firebreak’s reactor is a cool gimmick, but it does nothing to in any way support his use of the flamethrower. Whereas Ruin’s rather mundane grapple, allows him to not just flank his enemies, but combine it with the Grav slam for increased effect. But all things considered, lack of synchronicity between abilities, is one of Black Ops 4’s lesser issues.

Black Ops 4 is currently in beta, so it is rather obvious flaws can, and most likely will be ironed out before the release. However, at the current time, they simply cannot be overlooked, as for the most part they influence the core gameplay. And one of the most jarring issues is related to the fact that Black Ops 4 likes to skip frames, especially when you, or somebody else is sliding on the ground. And it is not uncommon to spot players teleporting around, simply because the slide animation has dropped a number of frames. And frame drops extend past the combat slide, as even during the standard gameplay the otherwise 60 frames per second-rate, likes to drop into the low fifties. And while it is more than possible that this will not be an issue at launch, it still has to be discussed.

In addition to the above, Black Ops 4 also has few issues outside of the technical realm. Which have to be taken with a grain of salt, as they are all subjective. For example, the in-game ability cool downs only feature a graphic representation of a bar, slowly filling up, and while it is easy to see the progress, it is not exactly effortless to estimate how long will it take before the ability becomes active again. So it would be nice if the full version featured progress bars with timers, or at least a numbered progress bar. In addition, just like all the Call of Duty games, Black Ops 4 does require a little balancing before the release. And yes, it is mostly related to the title’s submachine guns resembling lazers, but as it was mentioned above, just like with the framerate related issues, all this will likely be ironed out before the final release. Because ultimately, this is what betas are for.

In its current state, Black Ops 4 has the potential to feature the best Call of Duty Multiplayer since Modern Warfare 2. However, that being said, the beta is very limiting. It showcases a very small and selective amount of features, the guns are few and far between, the list of specialists is incomplete, and while the maps are superb, there is only six of them, so before we are in position to pass any judgement – we are going to have to see more, much, much more. But the future is looking bright, and with Blackout on the horizon, it can be said that it has never been brighter. And if all goes according to plan, Black Ops 4 might just be a steady game of the year contender, in an already stacked calendar. And while most see it as a meme, it might also be the first nail in Fortnite’s coffin.