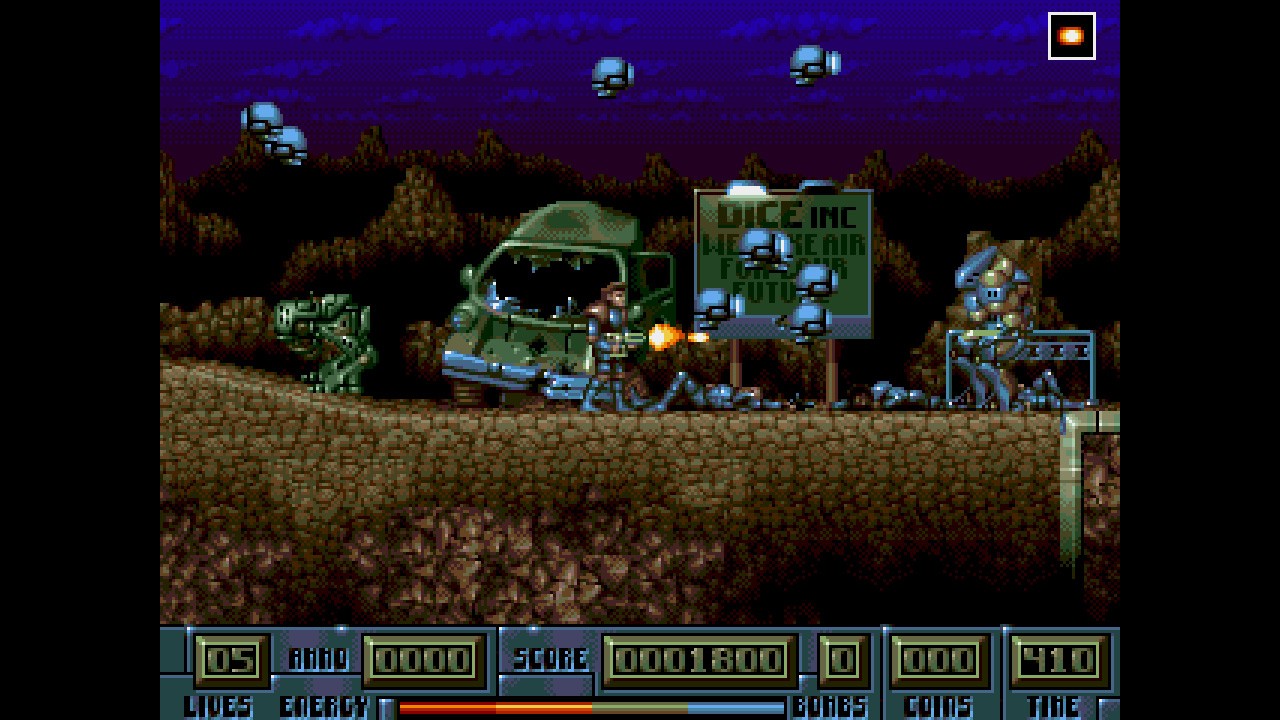 The recent trends in the market really show no wonder why publishers feel that simply putting out old school material is an instant formula for success. You only need to look at the mini consoles that run emulated versions of old games selling for $50-100 a pop to realize that the games of yesterday might mean a small fortune for today. So it’s not really a surprise for Strictly Limited Games, a publisher out of Germany, to believe that the abandoned 90s title Ultracore would find purchase in modern society. After all, the fact that Star Fox 2 was exclusively on the SNES mini was a massive sell point for Nintendo, and all the versions of hard-to-find NEO GEO games on the mini cabinet of the same name is reason enough to drop the cash. But here’s something that Strictly Limited Games weren’t counting on: Ultracore is a damn good time all by itself, and it’s completely worth the price of admission alone.

To be fair, Ultracore was, in the words of Digital Illusions (the original creators), about 99% completed when it was originally abandoned, so Strictly Limited Games didn’t have the most arduous task ahead in porting this run-and-gunner that exemplified everything that made Sega Genesis titles work in the years gone by. If you really want, go ahead and seek out videos of the original version of the game (entitled Hardcore) that were leaked over the years: it gives you the rough idea of what this game would have looked like in its first state prior to being revitalized. Also, don’t worry if you feel like you’re missing anything, because you aren’t when the game drops you onto a semi-desolate, half mechanized planet. The name of the game is survival, which involves moving forward and blasting the hell out of anything that’s in your way in the bid for freedom. 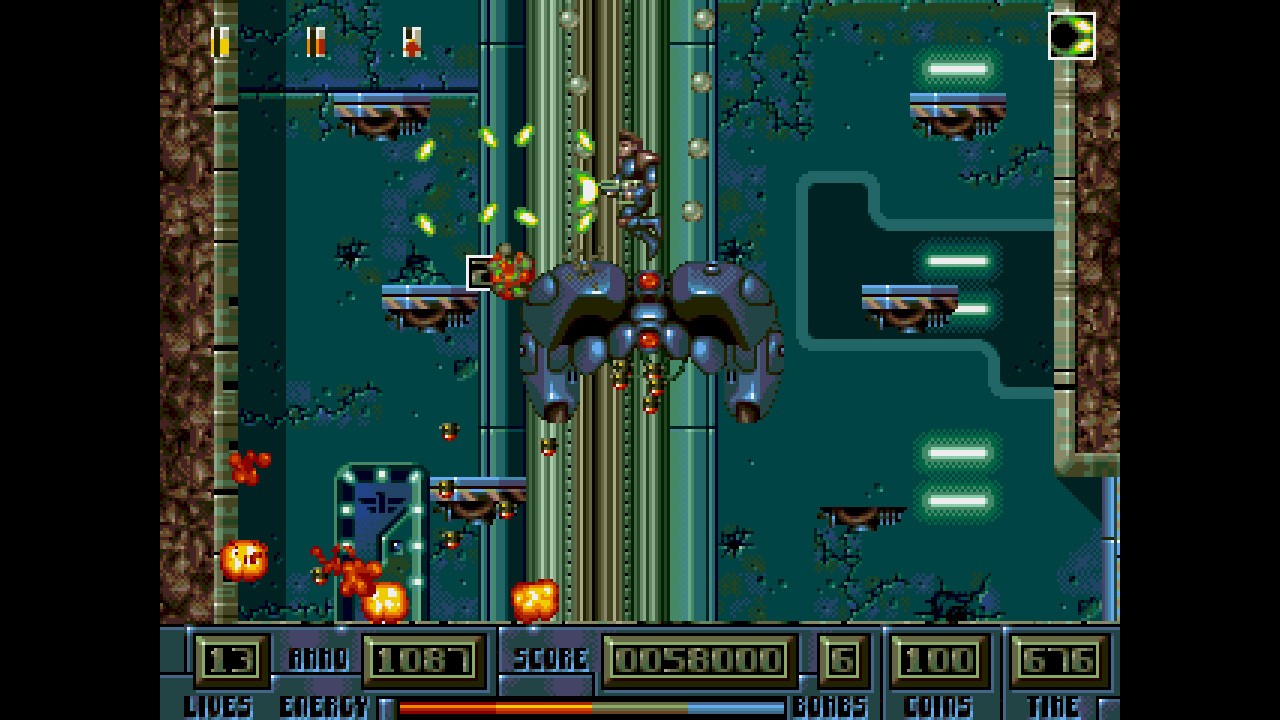 For what it’s worth, the changes and input that Strictly Limited Games implemented into Ultracore make it worthwhile, especially for people who are out seeking the physical edition to add to their shelves. You’ve got the classic graphics that you’d find in the 16 bit era, complete with the tropes that go along with them. Your hero is muscular, but not stocky and is like some kind of gaunt grasshopper of a man who also happens to probably be part cyborg. The enemies are mostly robots of some kind, possibly with organic matter mixed in to amplify the mayhem that you’re causing, but it’s not gory or anything like that. The exterior is a desolation; the interior is all polished metal and promises of some kind of evil AI watching over everything, and the end result is an exciting and fulfilling landscape to drink in with your eyes. By knowing that the game had roots in the past, you give certain things a pass, understanding that, by keeping to the original form as much as possible, there aren’t as many ultra detailed edges or fine features on beings, and that’s just fine. You’re not here to observe portraits and smile at artwork; you’re here for exploration and some pretty decent boss fights.

From a pure gameplay stance, it really is a damn shame that Ultracore wasn’t released on the Sega Genesis when it was first dated. While the website focuses on the shooting and dodging aspects, the minor metrovania points are what make the game stand out for me. Constantly under constraint of a timer, you won’t be doing any super deep digging to find the secrets hidden throughout, but you will stumble across plenty of small rooms, coins built into breakable wall panels and lots of doors that can only be opened once you have the keycard. It gives an invigorating sense of purpose that it’s not just a mosey through an alien ship and also not just a mindless shooter as you carve through some kind of invasion. It’s a delicate balance of the two, and delicate seems like such an inappropriate word given the level of shooting. You do need to keep your finger on the trigger constantly in order to have enemies not overwhelm you completely, so don’t think that the game will let you get off easily just because the path isn’t clear. Between ground and air based enemies, plenty of traps and damage points, and a direction that’s far from straight, you need to keep shooting, upgrading and trying to stay alive all against the ticking of the clock. The clock might be a massive callback mechanic that no sane developer would use nowadays, but I rather liked it. It spurred me along and also gave me the real sense that my life was in my own hands. Take too long and you automatically explode, wasting a precious life and respawning (hopefully) in the same area.

Now, the game is far from perfect, even from a gameplay stance, so don’t believe that everything is roses and explosions in Ultracore. The controls take a bit of getting used to, mostly because the original design intended on both the old Sega gamepad and, well, on players having the expectations that went along with a 16 bit game. You simply didn’t have the level of fluidity and smoothness back then that you would now, and this will put some players off. Anyone who looks at gameplay footage will think me crazy, because it really does LOOK so silky when you view the playing, and the animation is top tier in that regard. I’m talking about the feel of it, and how it translates from your fingers to the screen. You need to get comfortable with the level of float that you get with your jumps, of needing to juggle between aiming and moving to make the most of your damage, and to properly gauge distance when enemies are closing in and you’re trying to beat them back. It’s never an easy feat, especially not when you get to a certain room that involves floating cubes and electrically charged posts that caused me to almost hurl my Switch at least once. Oh yea, old school difficulty is as frustrating as you remember it being in a game like this, so don’t be too cocky. 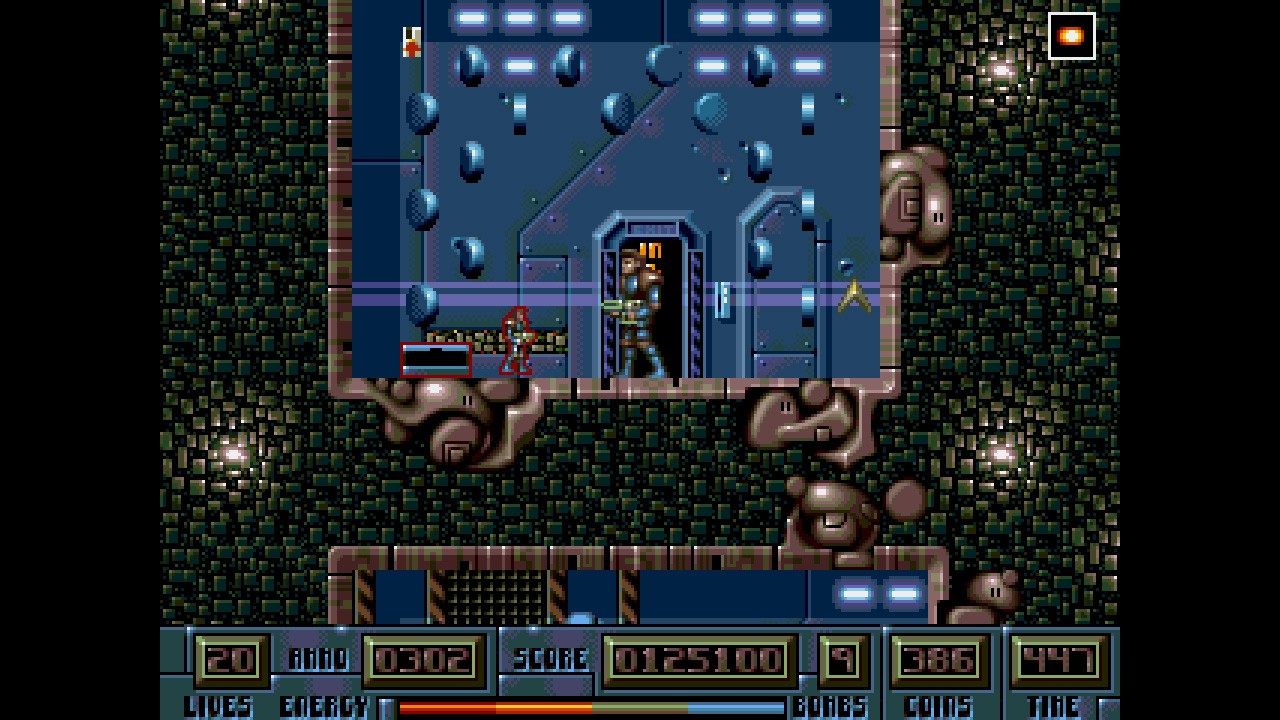 But when Ultracore comes together (which is 90% of the time), it pops so well and feels so great. The level of commitment that went into revitalizing this old title and making it akin to the original while still modernizing it is stellar. The soundtrack, oh my sweet synth, the soundtrack is so freaking good. I am personally a bit fan of retrowave and modern music that best emulates how some of the waves of 80s and 90s sounded, and the names and tracks attached to Ultracore are utterly phenomenal. You cannot play this game on silent or with another soundtrack pumped in. Everything feels custom and fits like a velour suit, and you should try to enjoy this with at least a decent pair of headphones, or maybe even a great sound system at home. When you’re flying through corridors and executing fantastically paced shots, it feels like the game is cheering you on, and it cannot be matched.

The replay value for Ultacore sits firmly at where the player feels when all is said and done. If you’re not a fan of the 16 bit flair, I’m surprised you even picked up this game, much less got through it, and I can understand you wouldn’t want to return. However, for the explorer and adventurers who have put countless hours into Super Metroid or Symphony of the Night, I think you’ll find Ultracore to be more Samus than Contra, and the whole package really satisfies while prompting for future bouts of hunger. My only regret is that the physical is sold out, because this would look amazing on my shelf. Highly, highly recommended.

One of the best games of the 90s that you’ve never played.